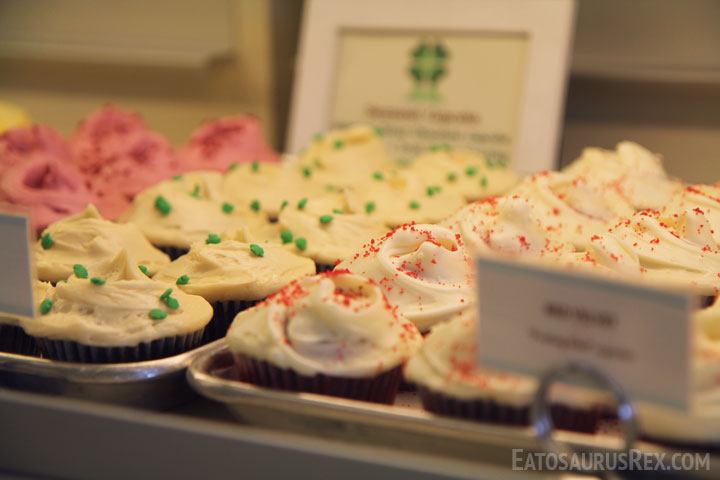 I feel like cupcakes might be getting a bit too popular for their own good, but I still love me a good red velvet so I’m not complaining quite yet. SusieCakes Bakery is a charming little bakery in Newport Beach. It’s got a nice retro vibe, and the employees sport these aprons and bandannas that make them all look super cute. I didn’t see a single male worker though so I’m pretty sure this place is super sexist. It’s okay, men, one day we’ll get our foot into that kitchen. Until then, we just have to keep our nose to the grindstone, work hard, and hopefully one day society will recognize that men and women should be treated equally in the workplace. We’ll show those women! Let’s burn our jockstraps! Who’s with me? What’s that? Put my pants back on? Fine. 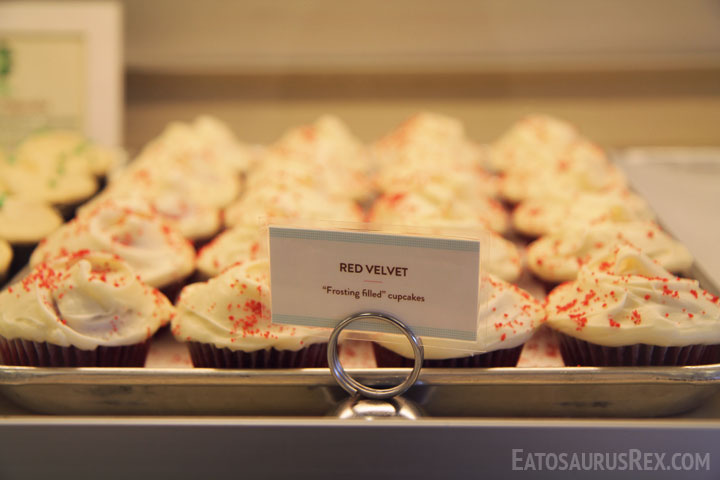 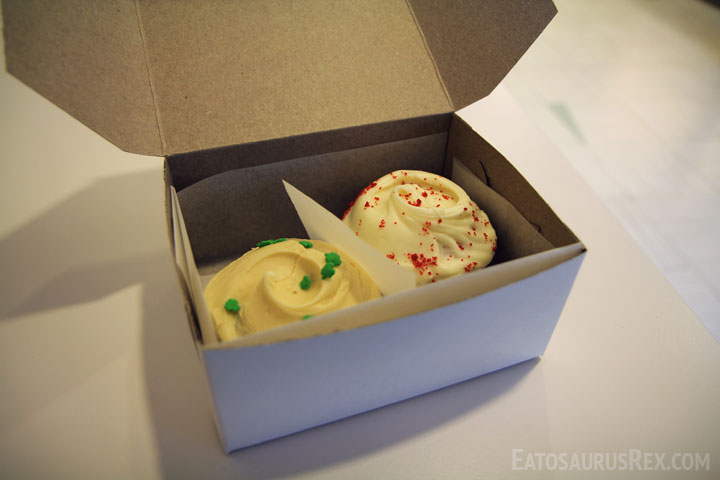 Red Velvet Cupcake (frosting filled) – If given the chance to order a cupcake, I’m ordering red velvet. And that’s a fact. I’ve already said it a ton of times on this site, but I don’t like my sweets too sweet. I judge a cupcake almost entirely on how sweet the frosting is and what the ratio of frosting to cake is. Nothing is worse than a cupcake that has several inches of frosting piled on top of it. Aside from children and soon-to-be-diabetics, I don’t see who that could possibly appeal to. Luckily, this place passes both my tests. Normally I’d find the addition of a frosting filling to be too much, but they don’t go too crazy so it’s not overpowering. If you’ve been to Molly’s Cupcakes in Chicago, that’s an example of a place that doesn’t know when to stop with the filling.

Seasonal Cupcake (Guiness Stout Chocolate Cupcake with Bailey’s Irish Cream Frosting) – I asked for a recommendation in addition to my red velvet and they pointed me to their seasonal Guiness Chocolate Cupcake. It contained alcohol, but sadly not enough to get me drunk. I contemplated ordering another thirty or so to get the job done, but figured it’d be easier to just stumble over to a nearby liquor store. Overall the cupcake was pretty good and you could definitely taste the Guiness and Bailey’s, but I’d have to say I still liked the red velvet better. 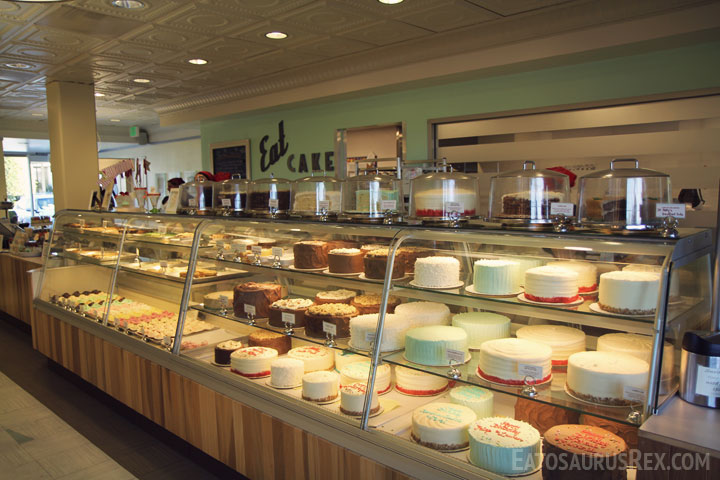 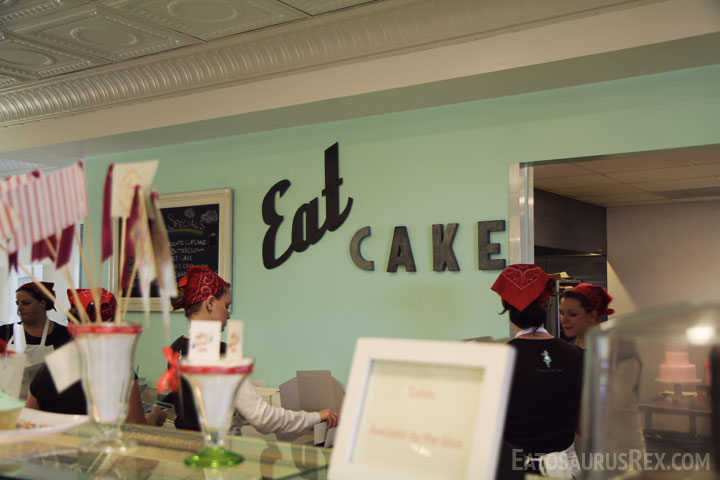 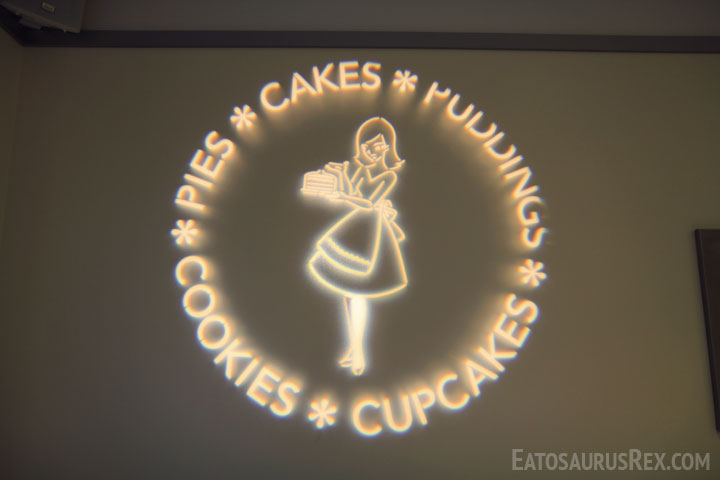 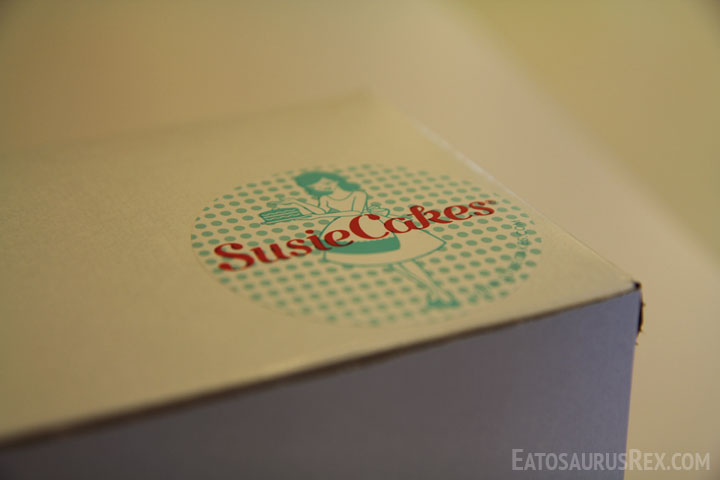 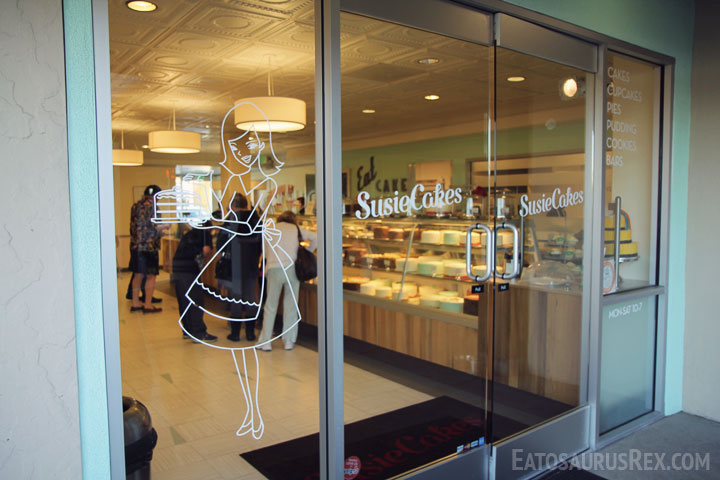 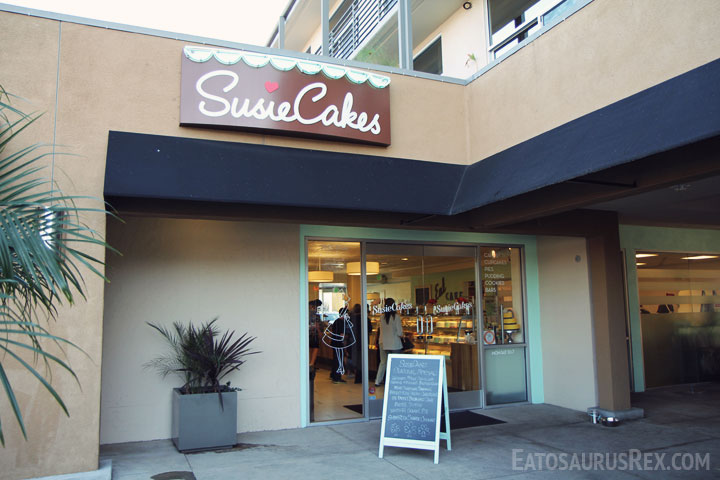