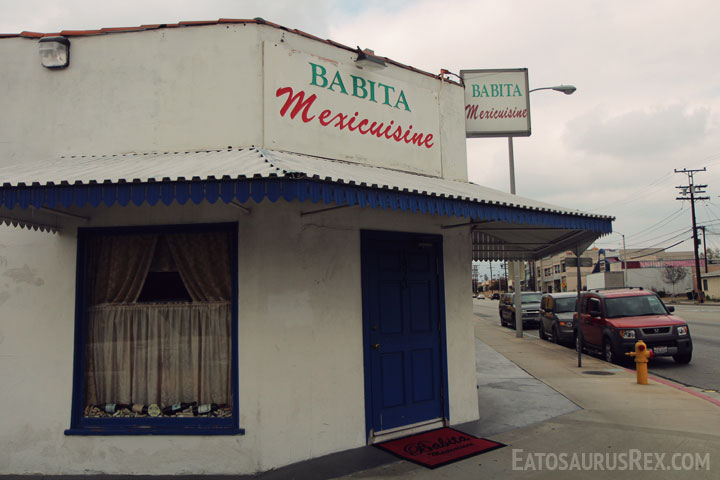 I really wasn’t sure what to expect from Babita. It’s another of Jonathan Gold’s 99 Essential L.A. Restaurants, but from the outside, the place looks like it would house $0.99 tacos and possibly a meth addict or two. Open the distinctive blue door, though, and you’re treated to a very tiny and surprisingly nice dining room. There really is no other adjective to describe this place except ‘charming.’ The prices (about $20 per entree) were about 5x what I was expecting from the exterior, but the food was worth every penny. And I take my pennies seriously. I once killed a man because he tried to pick up a penny off the floor that I had eyed first.

When the waitress (and only employee I saw working) noticed my camera she told me pictures weren’t allowed. I thought she was kidding, but as I started taking pictures she walked over to tell me I could only use the photos for personal use. I agreed, not understanding why any establishment would shy away from any sort of press. It’s like they’re a hidden gem that wants to remain a hidden gem. A noble stance, but think of all the money you could make if you sold out, Babita! Think of it! You could buy a new sign. Or some new blue paint for your door. Or pay your chef the gazillions of dollars he deserves for cooking some of the best Mexican food I’ve ever had. Either way, I hope this constitutes personal use, otherwise I’d feel pretty bad for basically being a liar. 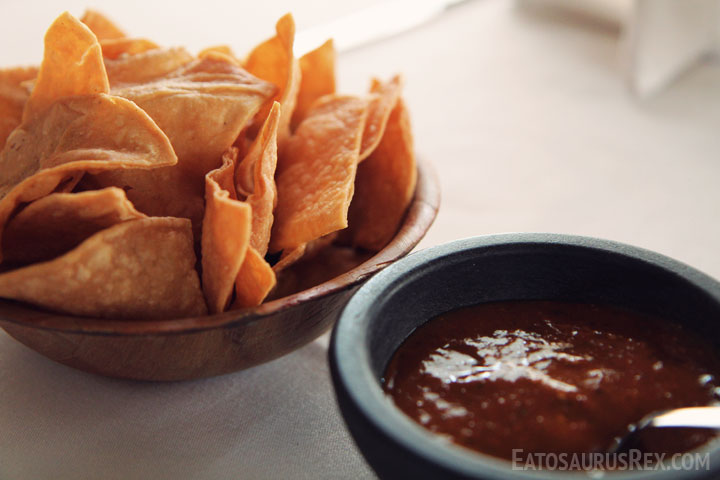 Chips and Salsa – Free. And that means delicious. 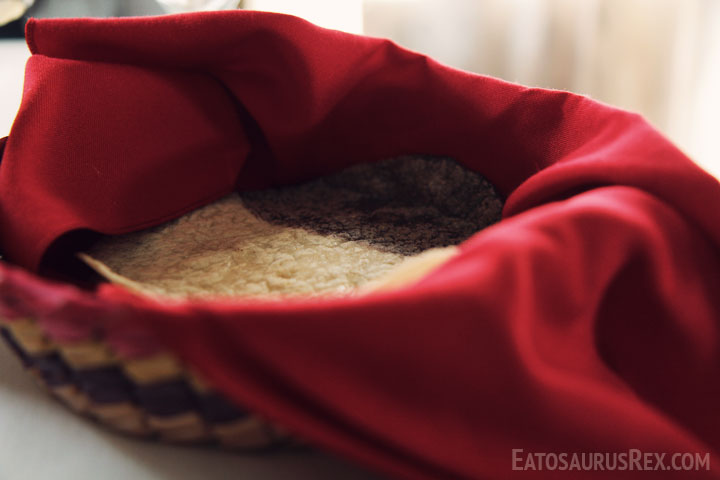 Tortillas – I’ve never seen tortillas that were half black and half white before. I also don’t understand why they are half black, since it all tastes the same. Perhaps a social commentary on race relations? Deep, Babita. Deep. 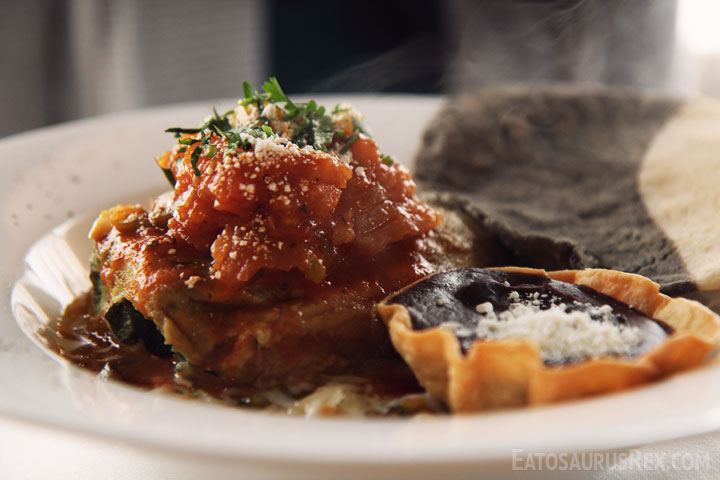 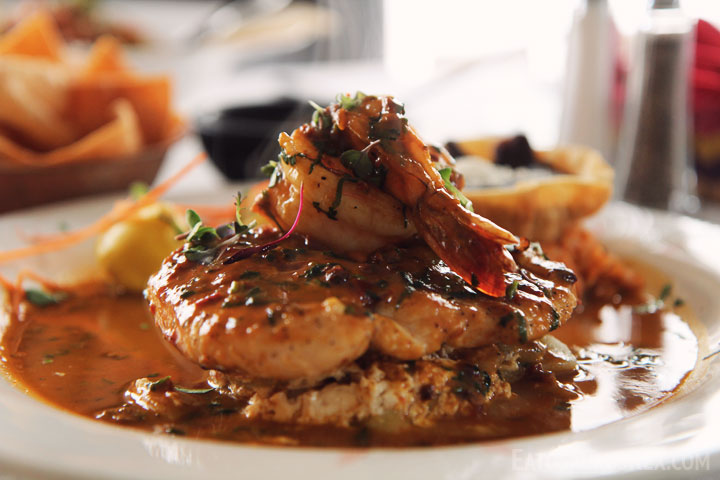 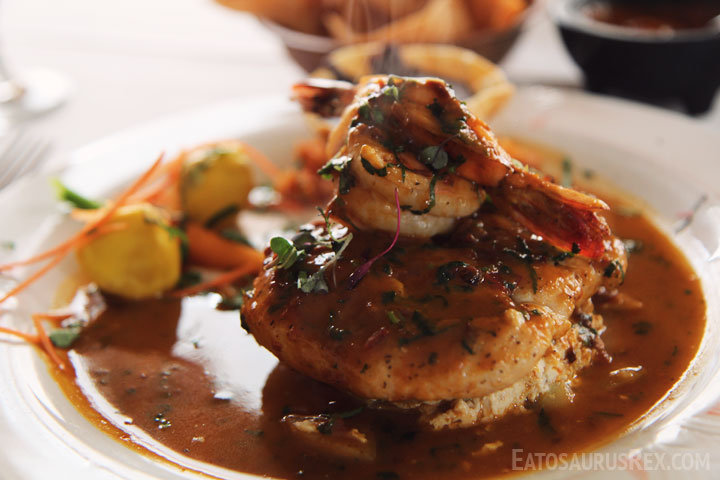 $22.95 Chicken and Shrimp “Elba” (sauteed, in a tequila-banana-chipotle sauce, over chayote gratin) – I’m not sure I can convey how happy I was with this dish. The chicken was good, the shrimp was good, the tequila-banana-chipotle sauce was good, and I don’t know what chayote gratin is but it was good too. Yes, usually my exposure to Mexican cuisine consists of carne asada fries and the occasional chicken soft taco from Del Taco, but this was one of the best Mexican dishes I’ve had in recent memory. If you order this and don’t like it, either you’re allergic to shrimp and are now dead, or you have the palate of a raccoon. 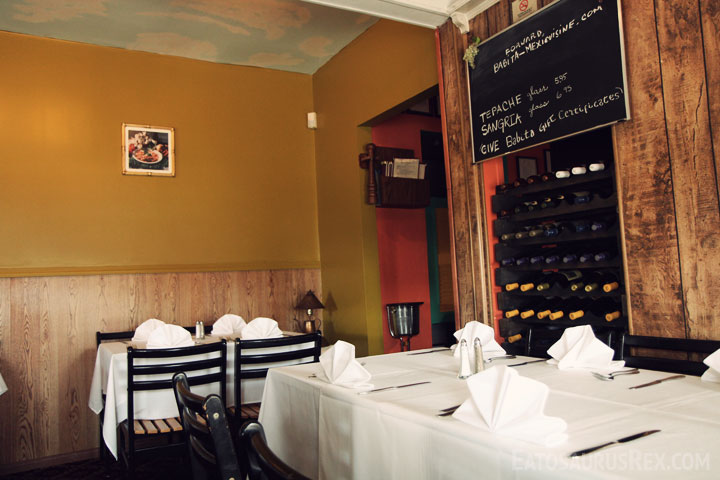 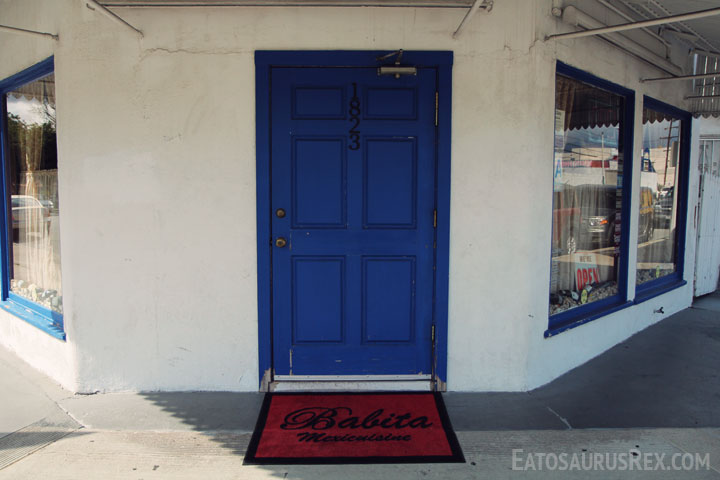