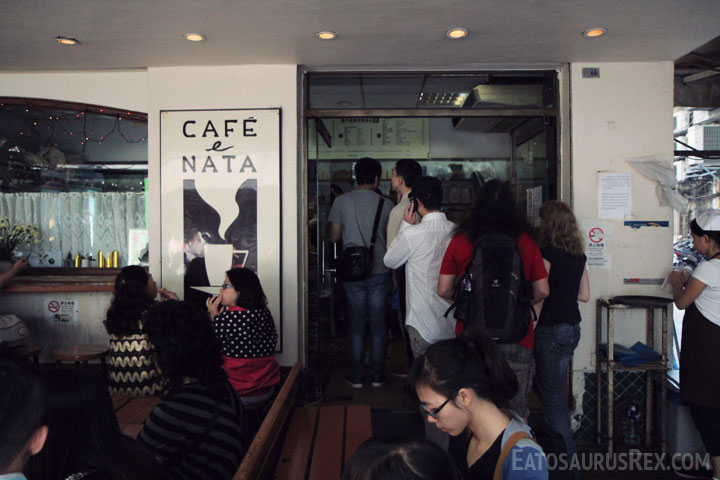 Margaret’s Café e Nata is the largest competitor to Lord Stow in the Macanese egg tart department, and much more accessible since it’s near the touristy areas of Macau. When I went, I couldn’t tell if the worker behind the counter was angry at me, or just being a regular Cantonese person. Either way, she seemed to be yelling at me the entire time I was there. All I wanted was an egg tart and a milk tea, but maybe she misheard me and thought I called her mother a whore. Angry cashier aside, these egg tarts are the real deal. Most people will tell you that Lord Stow’s is better since it’s the original, but I’m pretty sure you wouldn’t be able to tell the difference in a blind taste test. Also, because Margaret’s seems to get more foot traffic (there’s always a line out the door), their egg tarts are more fresh. As in so scalding fresh out of the oven you’ll probably burn yourself trying to eat them because Sweet Jebus is that egg tart filling or lava? Also, word on the street is that this place was founded by Stow’s ex-wife so they’re probably using the same (or at least very similar) recipe. If you’re forced to choose between Lord Stow’s or Margaret’s Café e Nata, go to whichever one is closer. 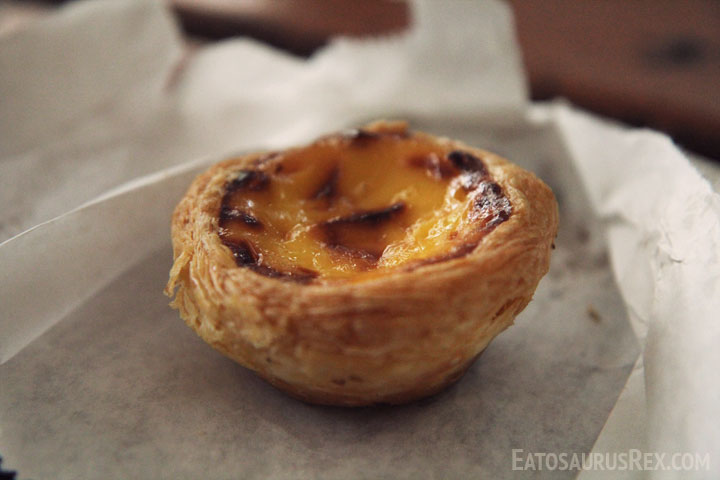 Egg Tart
Sweet and melty, the way a Macanese egg tart is supposed to be. The crowd is a bit insane, so I’d recommend over-ordering to avoid having to get back in line. Unless you like waiting in lines, in which case by all means order one at a time, and then maybe go visit Disneyland on a holiday. 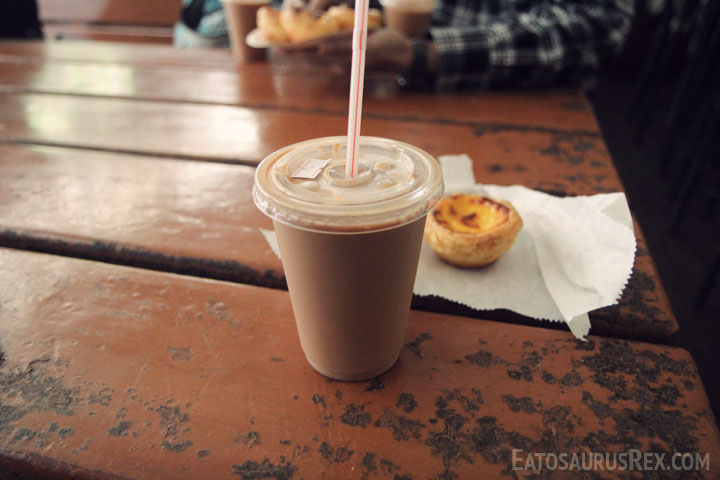 Milk Tea
Like Lord Stow’s, the milk tea here is just an afterthought. They’re all pre-made and just not very good. I only got it because I get a little parched when I’m stuffing a dozen or so egg tarts into my face. 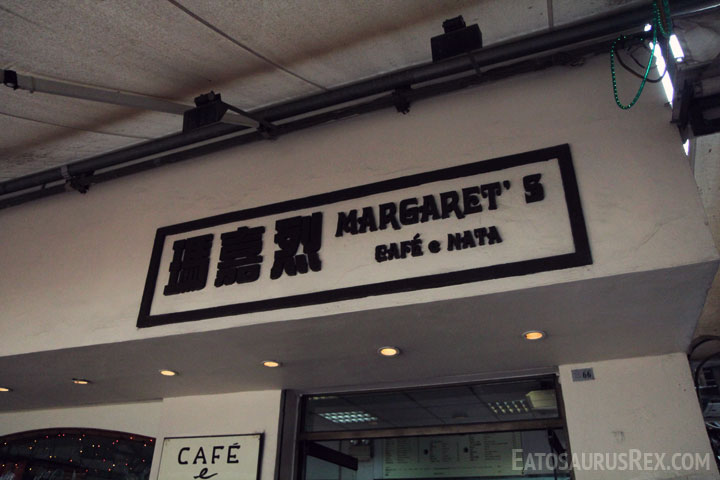 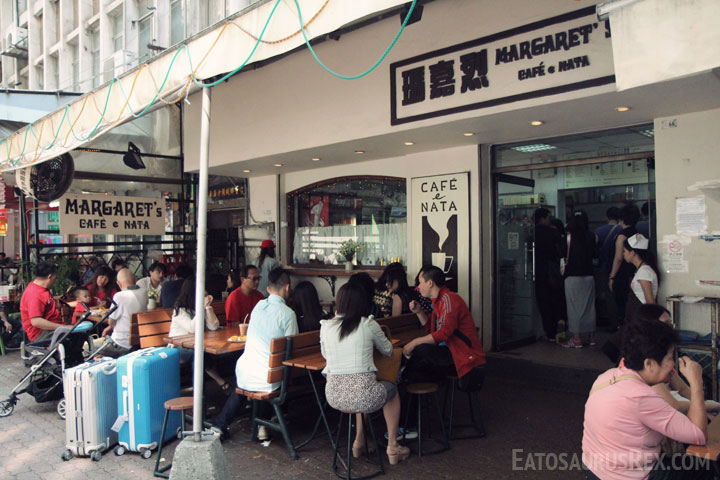