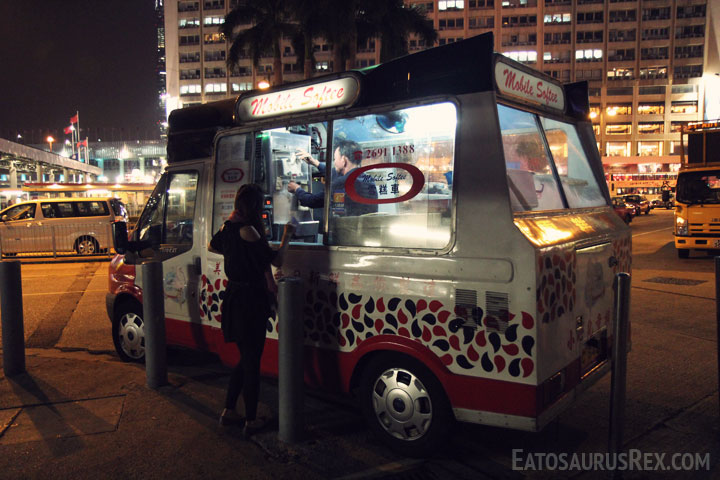 The unfortunately named Mister Softee (or Mobile Softee) is an iconic ice cream truck in Hong Kong that’s been operating since the 1970’s. They’re known for their recognizable red-white-blue trucks and for playing the Blue Danube and not, as their name might suggest, for impotence. What’s cool is that they’re still using their original trucks from way back when, since the Hong Kong Government stopped issuing new hawking licenses in 1978 and the existing licenses can’t be transferred to other vehicles. Wait, is that good? They’re serving ice cream out of 40-year-old trucks. Could be worse, I guess. They could be serving ice cream out of 40-year-old, I dunno, shoes. 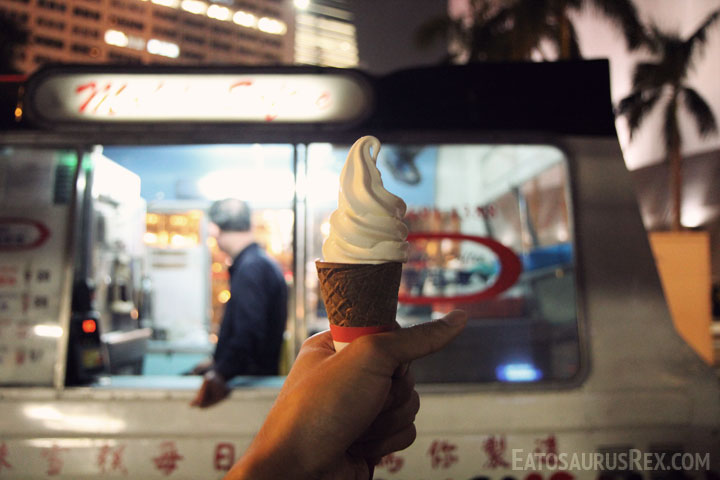 So is it good? Yeah. But so is McDonald’s soft serve. This is sort of like Hong Kong’s national ice cream truck, and one of those things that locals view with fondness not because it’s good, but because it’s just always been there. Plus, it’s soft serve. Even at its worst it’s good. The minimum requirement is pretty much that it’s still a solid.