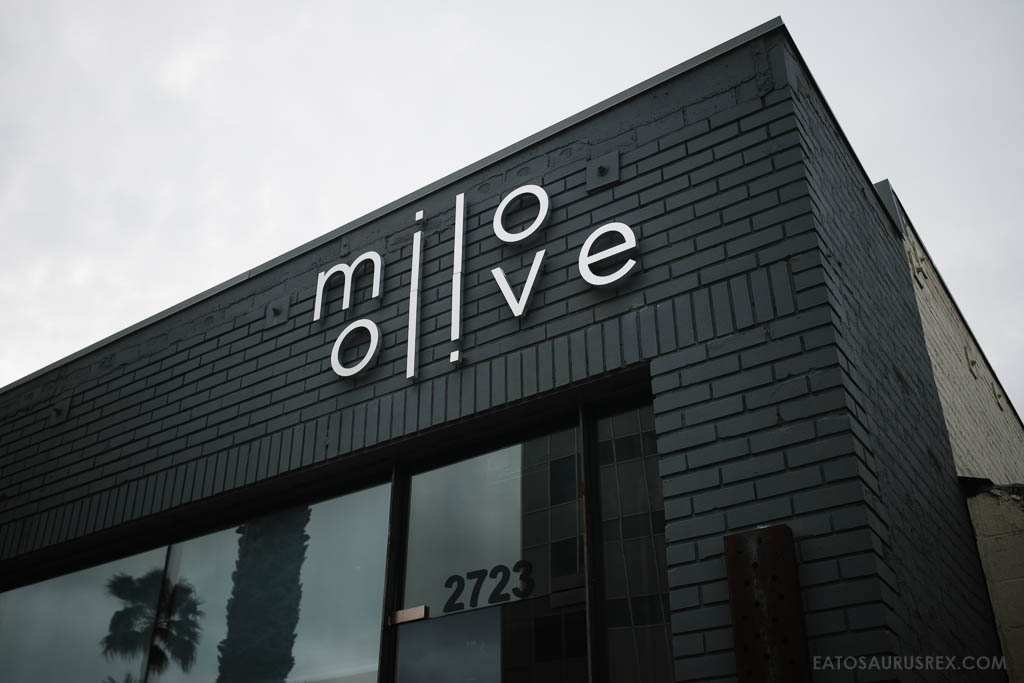 I was at the Getty Villa and had worked up an appetite wandering around looking at statues of naked people so I looked up nearby places to eat and ended up at Milo and Olive in Santa Monica. They’re listed as a bakery but they’ve also got a full kitchen and dining room. Getting a seat is a little confusing since the bakery line and restaurant line all merge at the entrance and pretty much nobody knows what the hell is going on. It’s impossible to tell who’s waiting to order a coffee and who’s waiting for a table so everybody just sort of stands around confused. Or maybe it’s not complicated at all and I’m just socially awkward.

Overall the food was surprisingly bland. I almost never have this complaint because most restaurants go too far the other way, but there just wasn’t enough salt. At one point we had to order a side of tomato sauce just to add some flavor to what we were eating. I’m guessing whoever was in charge of the salt either overslept or was fired the night before. Everything tasted like it was going to be delicious, but then somehow ended up being incredibly unsatisfying. The best way I can describe the meal was that it felt like chewing on a steak and then not being allowed to swallow it. 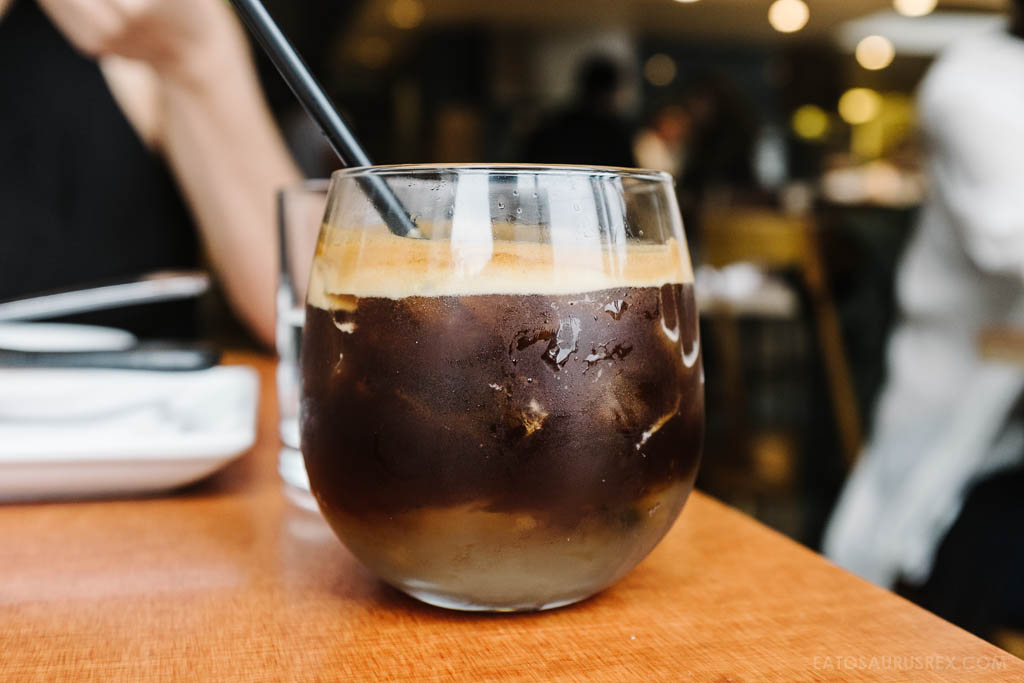 Coffee Soda
The waitress warned me this wouldn’t be good and I should’ve listened to her. Shots of espresso with club soda. It tasted exactly like that sounds, which is to say interesting, but not very good. 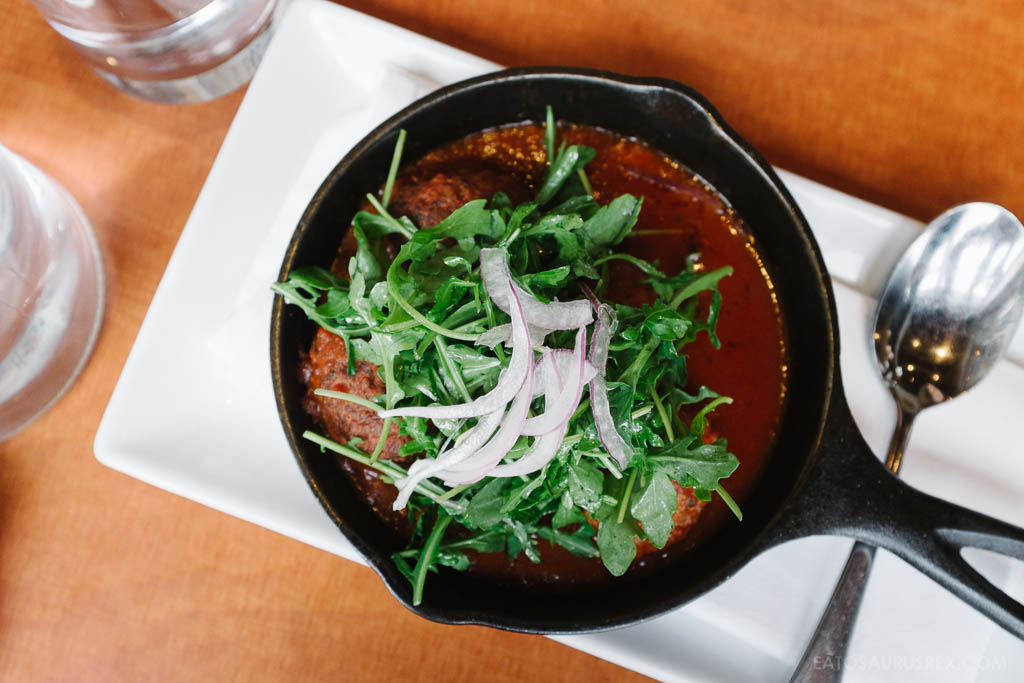 $13 Braised Organic Chicken Meatballs (tomato sauce, arugula, red onion)
This was the best dish we had. If you order anything else in addition to the meatballs make sure you hang on to the leftover tomato sauce for dipping. Our waitress took our plate before we could stop her, and once we started eating the other stuff we were immediately filled with regret. We actually ended up ordering a replacement side of tomato sauce which cost a ridiculous $4. Don’t be like us. Hold onto the sauce. 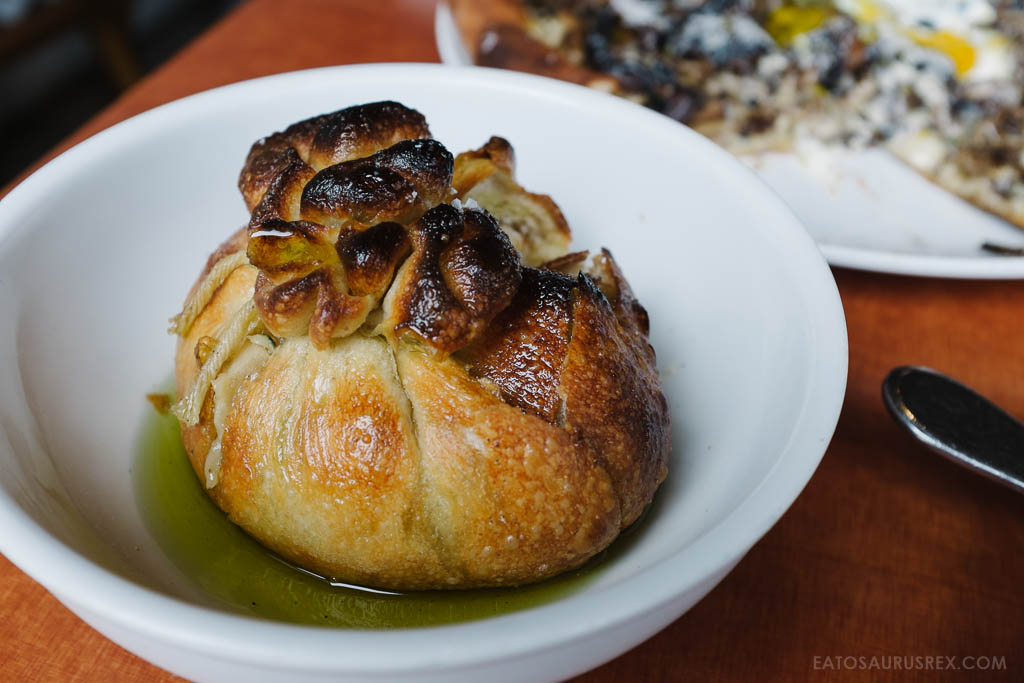 $9 Garlic Knot (extra virgin olive oil, sea salt)
It’s hard to go wrong with bread and garlic, but this felt incomplete. It’s weird that a dish with this much garlic barely had any garlic flavor, but there just wasn’t enough salt to bring it out. 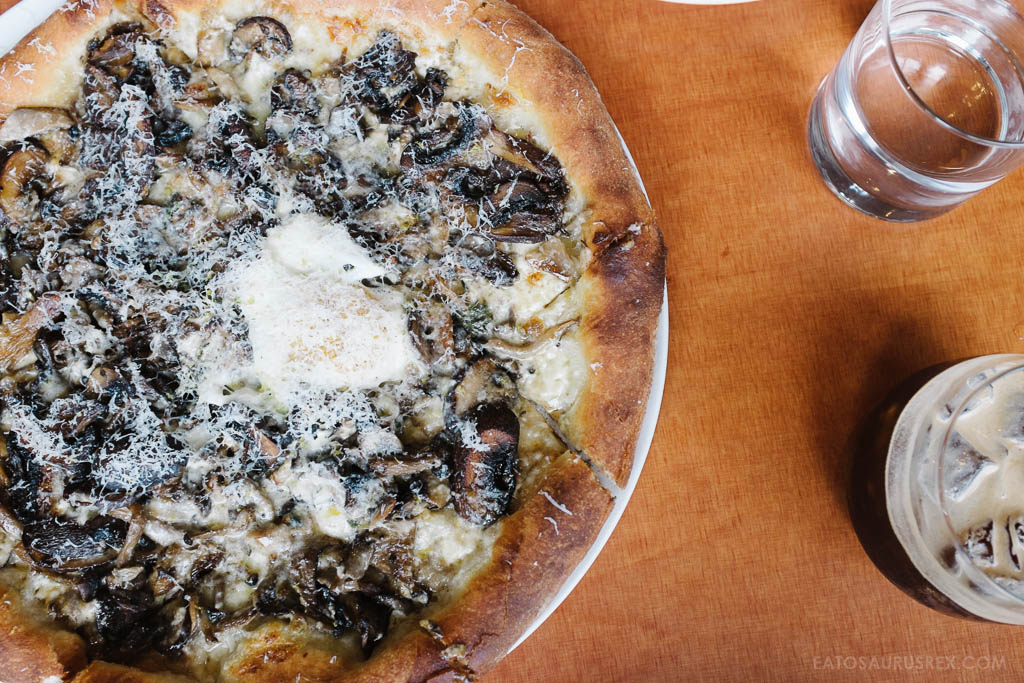 $20 Mixed Mushroom Pizza (fontina val d’aosta, thyme, lemon zest, parmesan)
I guess it’s a good thing when your mushroom pizza tastes like mushrooms, but not when it tastes only like mushrooms. I’m sure there were some other ingredients in here, but it didn’t matter because the only thing I could taste was barely-salted mushrooms. 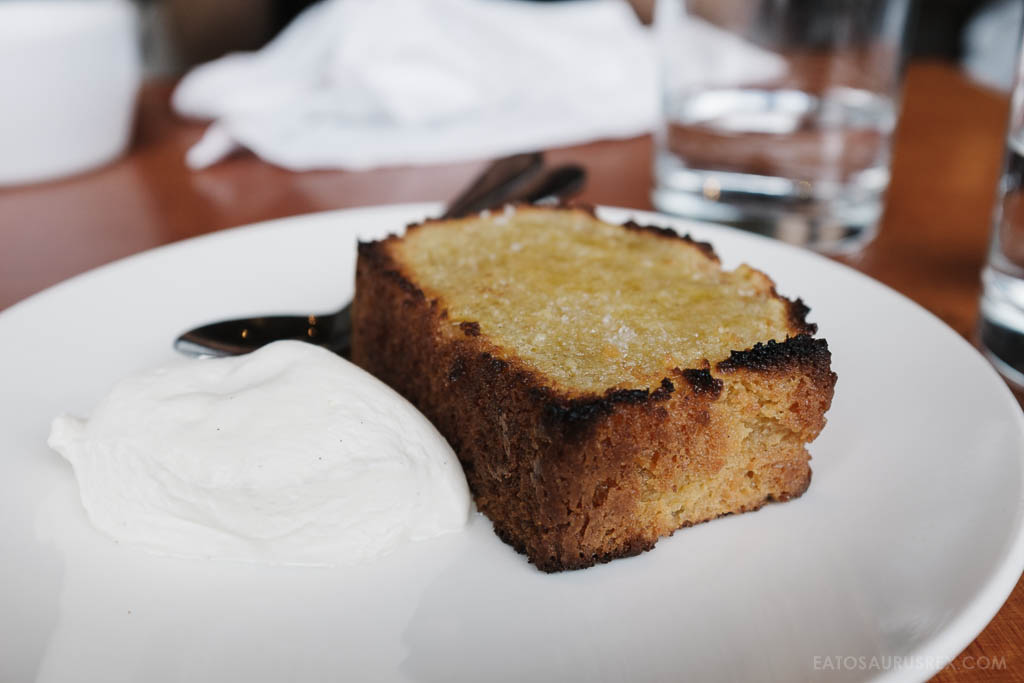 Pound Cake
Super good. Crispy on the edges yet moist in the center. And so much butter and honey I could barely finish it despite really, really liking the way it tasted. 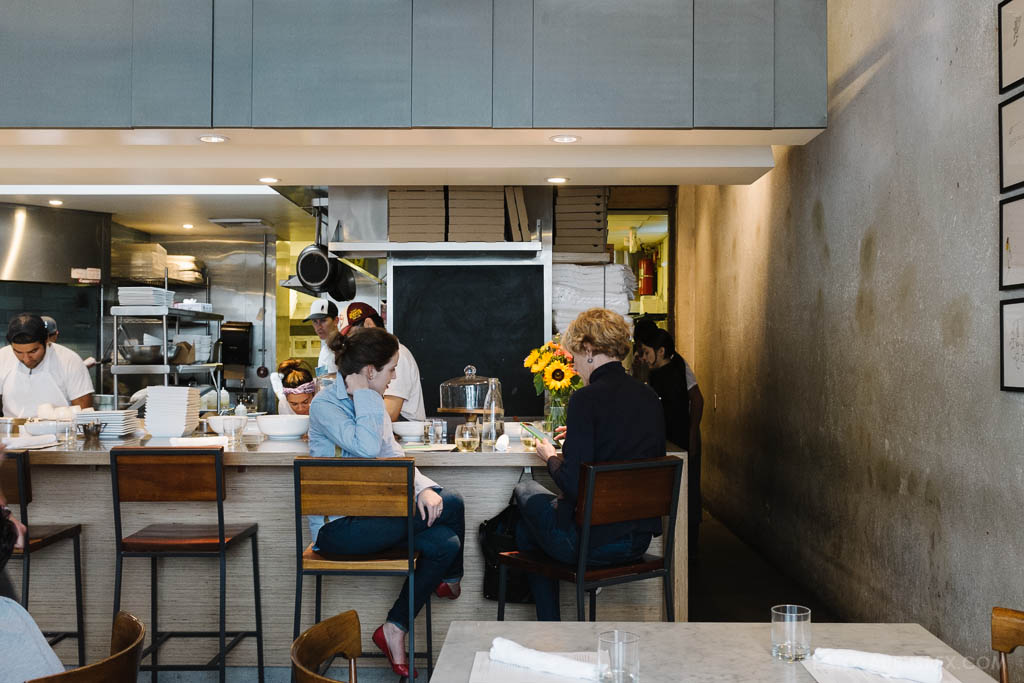 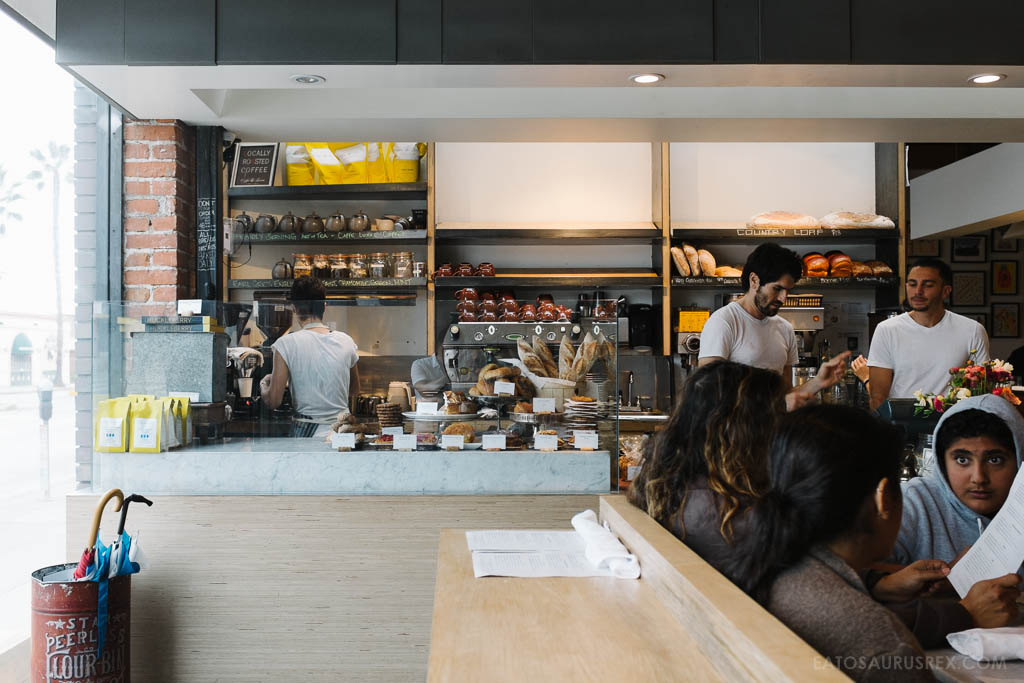 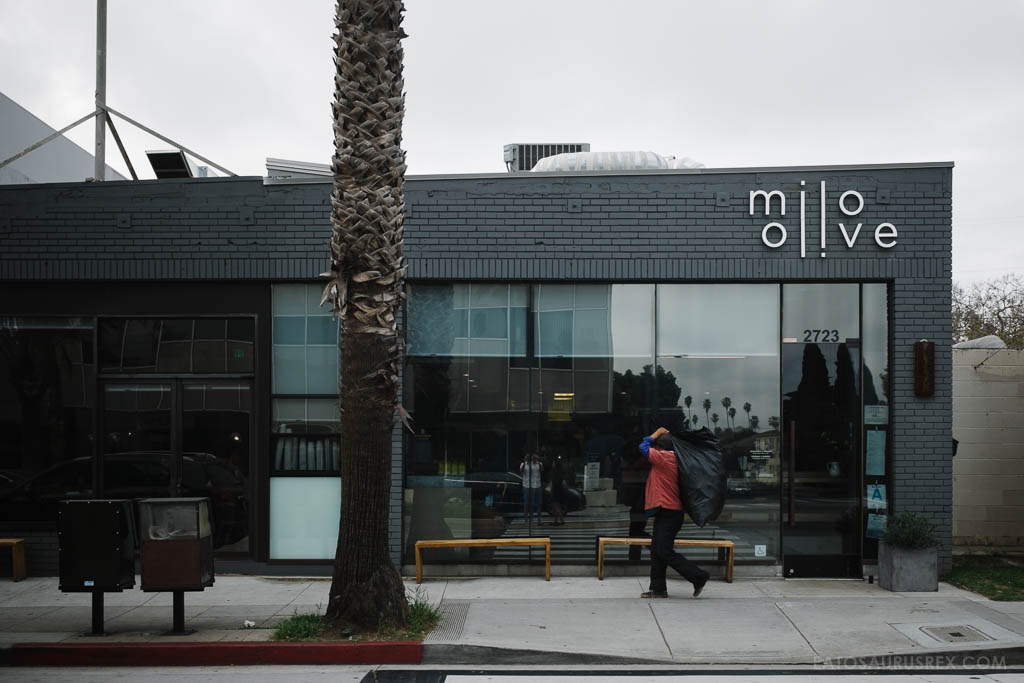