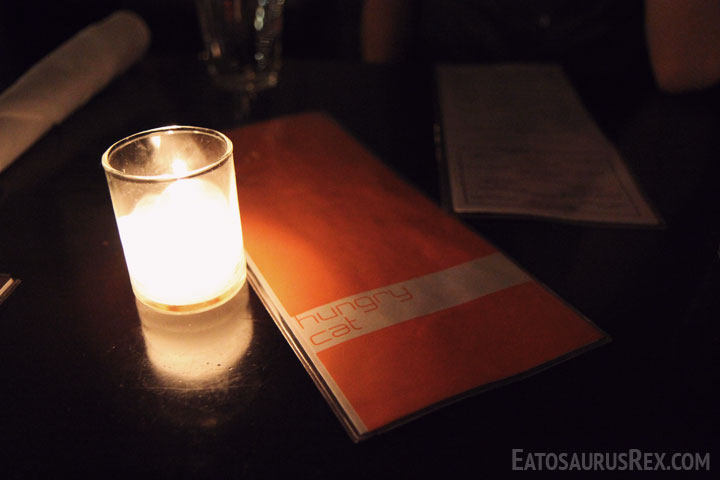 Located walking distance from the Hollywood ArcLight and one of Jonathan Gold’s 99 Essential L.A. Restaurants, The Hungry Cat is Suzanne Goin and David Lentz’s seafood restaurant located on the ground floor of a condo building. Every review seems to mention the Pug Burger, but being the idiot that I am, I asked the waiter for a recommendation. I just don’t understand how the most popular dish at a seafood restaurant happens to be a hamburger. Made out of cow. What? I ended up with the barramundi which wasn’t bad, but I immediately regretted not ordering the Pug Burger. And the more I think about it, the more I think the waiter said the barramundi was the best thing on the menu because it also happened to be the most expensive. Coincidence? Maybe. I still have to go back and slap his face with a glove though. 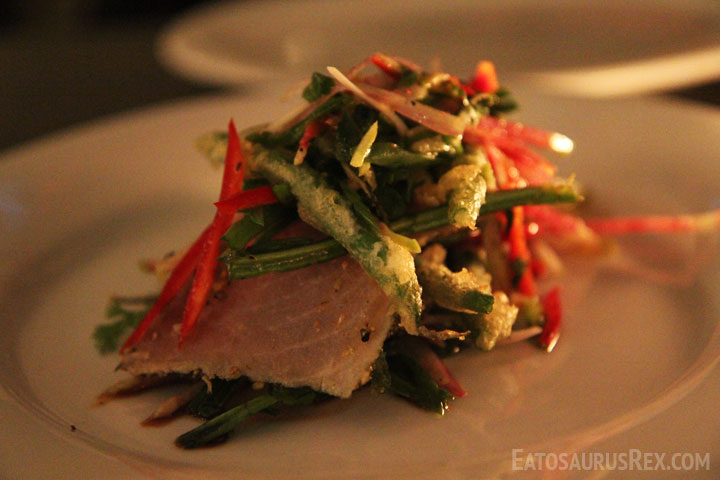 Spiced Albacore (ponzu, tempura vegetables, lime) – Albacore in ponzu sauce. Real original, right? Well somehow it actually is. I’ve had albacore in ponzu a hundred billion times (that’s an exact number. I’ve counted) and I was still surprised at how good this was. This was probably the best thing we had here. 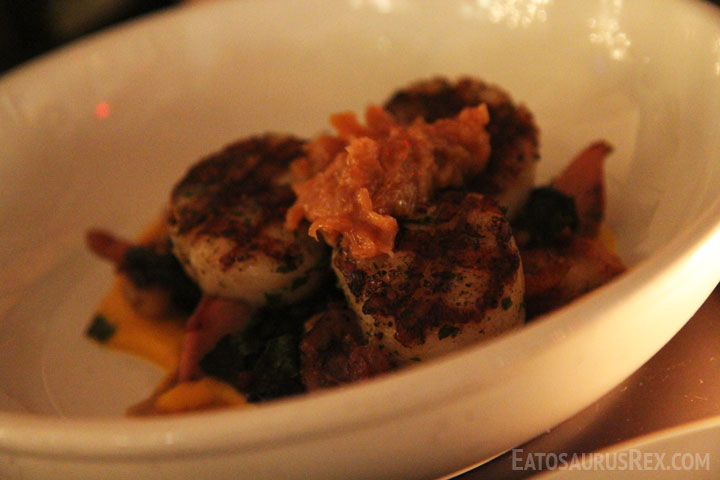 Diver Scallops (romanesco, ricotta gnocchi, carrot puree, ham hock) – My friend was in love with these, but I personally liked the barramundi better. It wasn’t listed in the ingredients, but I got a bite of orange peel (or something like it) that was so strong I actually winced and almost had to spit it out. Other than that freak bite, though, the scallops were solid. Definitely tasted like scallops. Yup.

Barramundi (uni puree, chanterelles, sunchoke pierogies, young broccoli, hazelnut relish) – The fish was good, the pierogies (that’s dumplings, if you’re like me and don’t know what a pierogi is) were good, and everything else in here was good. Not the best piece of fish I’ve ever had, but certainly got the job done. I still regret not ordering the Pug Burger though. 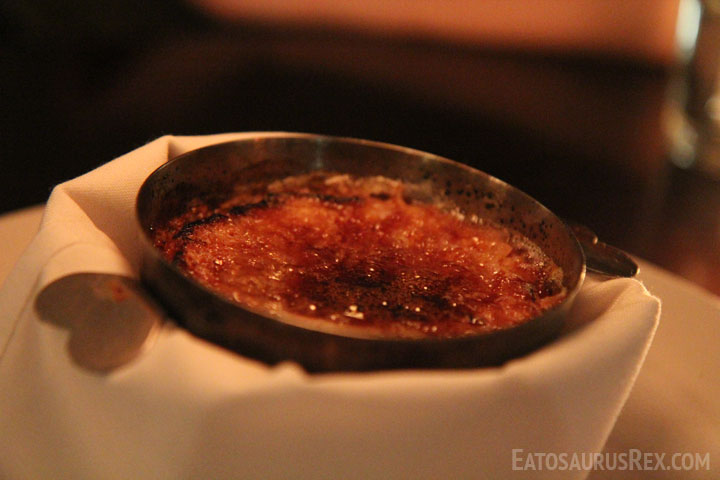 Chocolate Bread and Butter Pudding – I’d say that this is one of the better bread puddings that I’ve had. The top layer was crispy and the insides were gooey, reminiscent of some sort of bread pudding creme brulee. I actually can’t remember ever having bread pudding like this before. 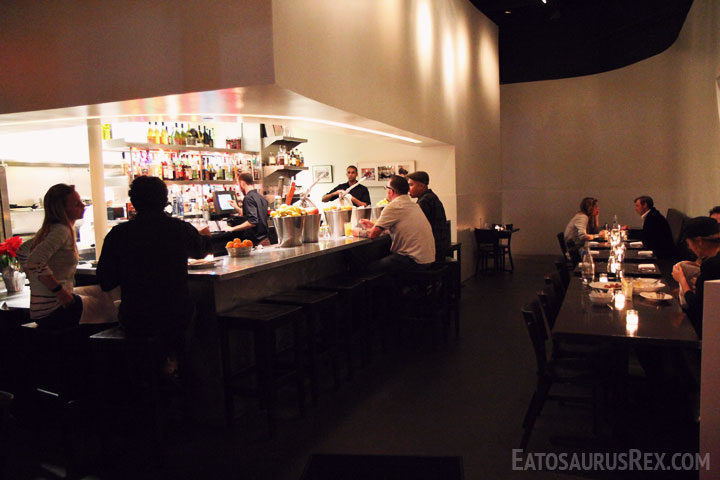 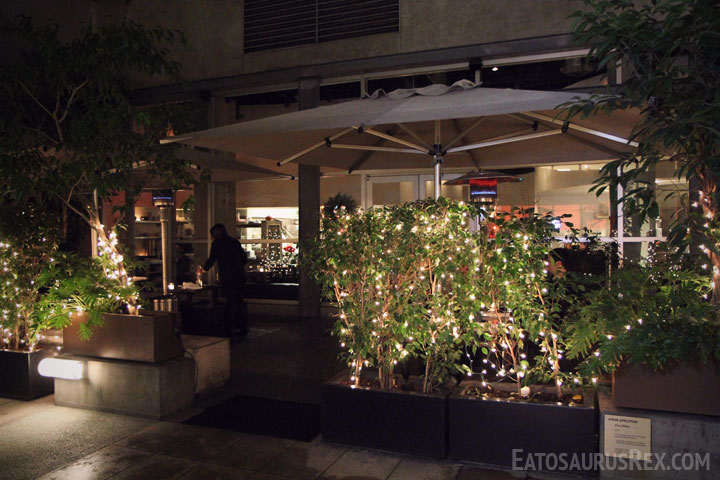