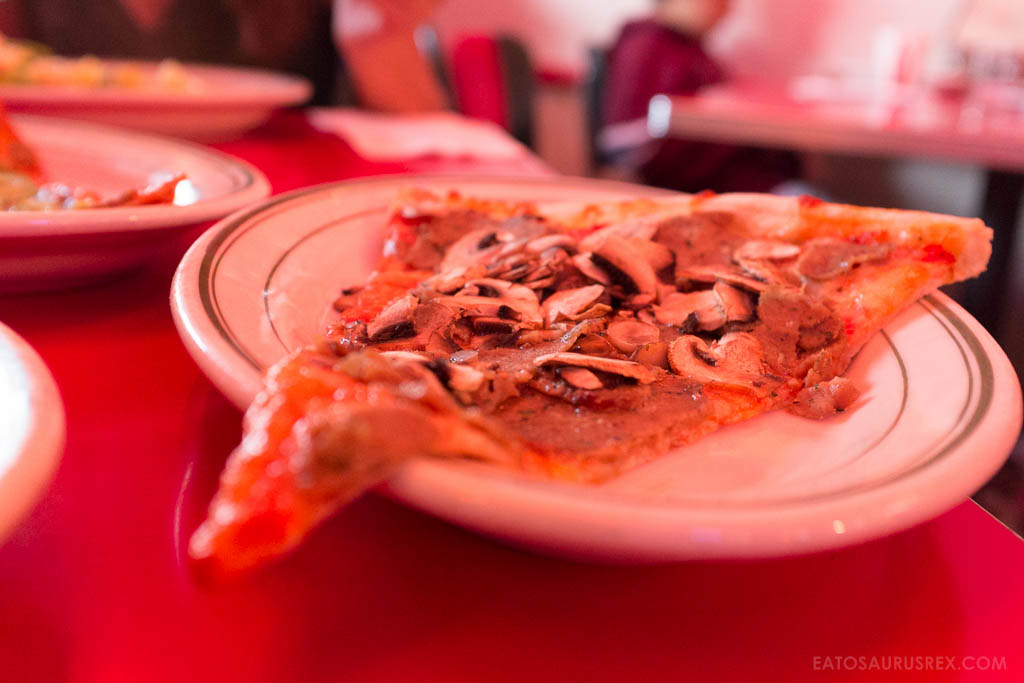 My friend considers Village Pizzeria the best pizza in LA county. I’m not sure I agree, but I can’t say I disagree either since I can’t think of somewhere better off the top of my head. It’s difficult to find good New York style thin crust, so it’s impressive when a place does it right. And Village Pizzeria does it right. Sort of. The pizza is generally delicious, but the crust is kind of a soggy mess. Imagine the best slice of thin crust pizza you can find in New York. Now imagine that slice was dropped in a bowl of water and that’s sort of what you get here. We opted to get a bunch of slices instead of a whole pizza because I wanted to try a bunch of different toppings and wasn’t sure if they would split a pizza six ways. And even if they would, I imagine they’d also spit in it, since that’s what I would do if I worked at a pizza shop and a customer asked me to split toppings six ways. 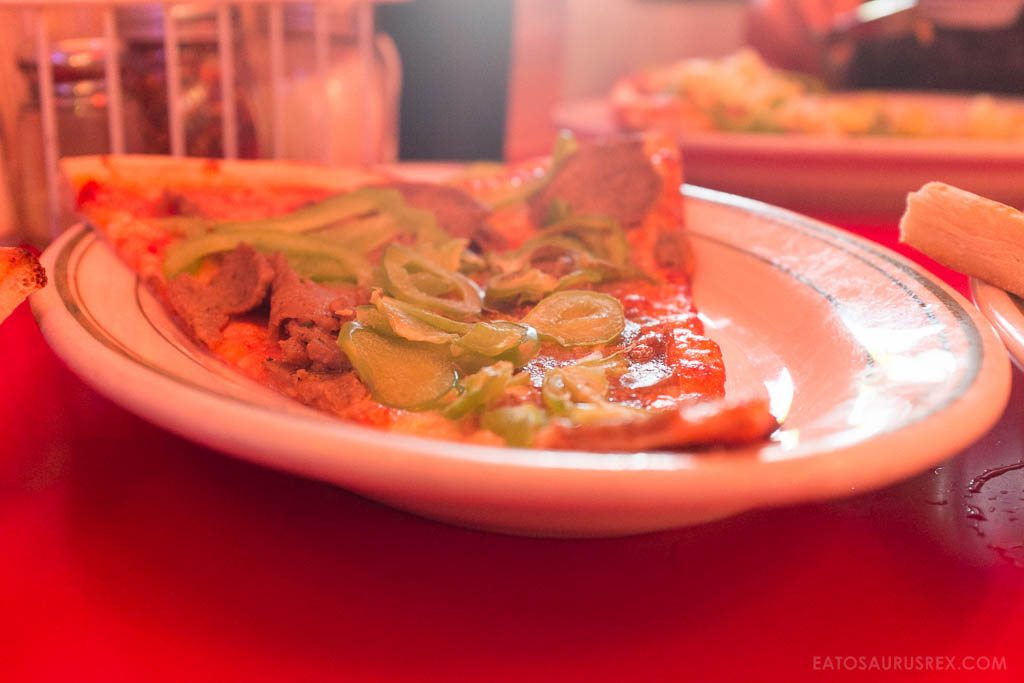 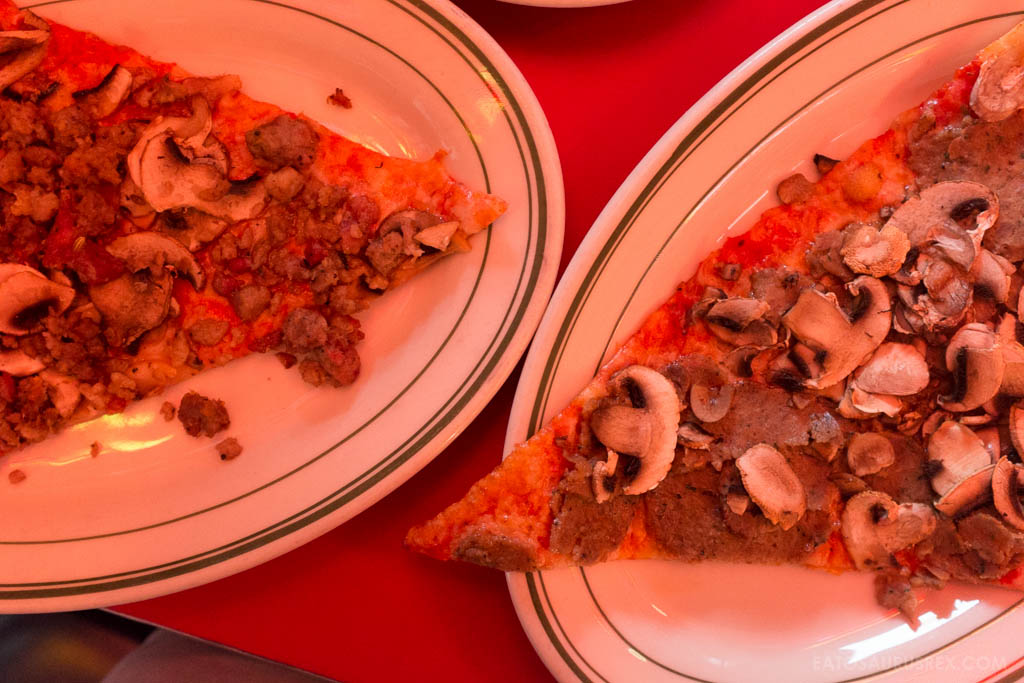 Those two slices above are different. One is mushroom and sausage and the other is mushroom and meatball. They taste pretty identical, but their meatballs are allegedly homemade which probably means they’re better. I could barely tell the difference, but I lost my sense of taste years ago in a heroic accident involving the saving of orphans and puppies. 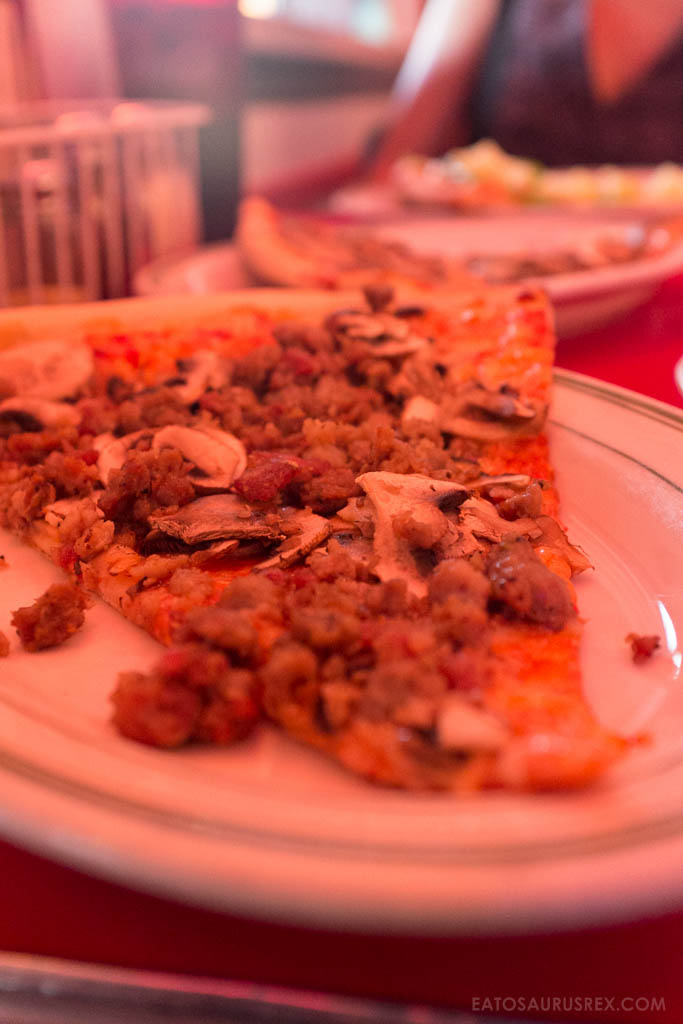 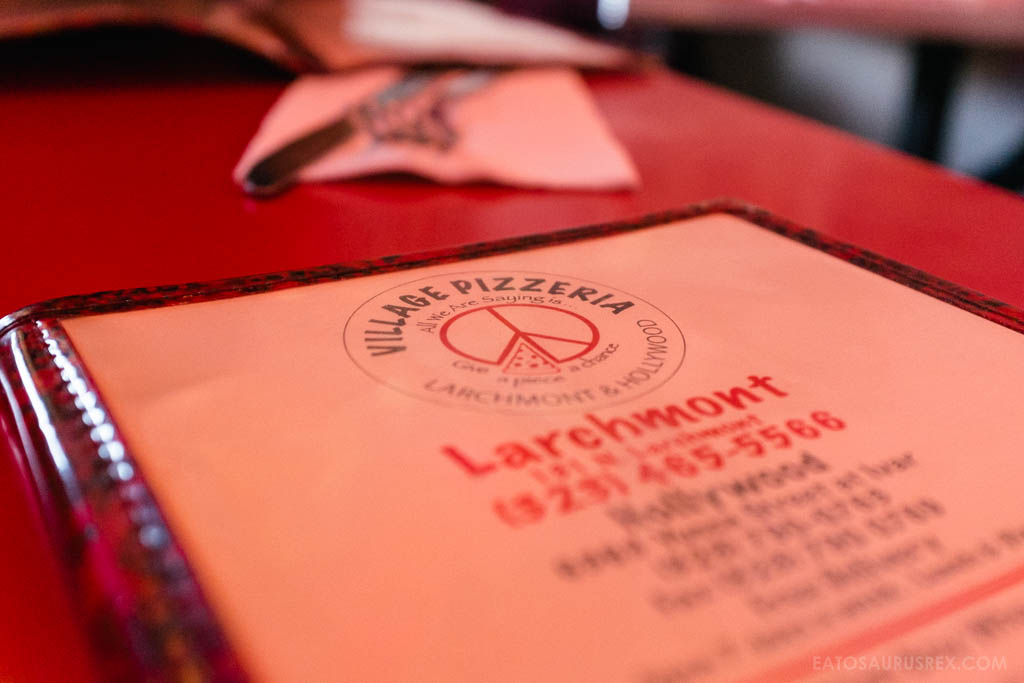 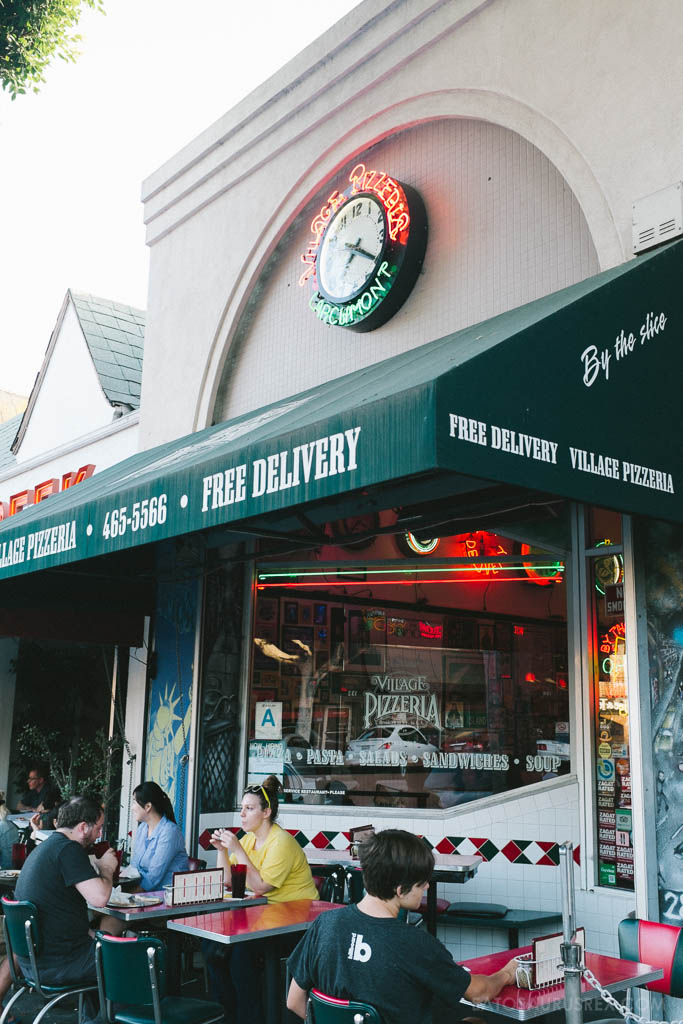 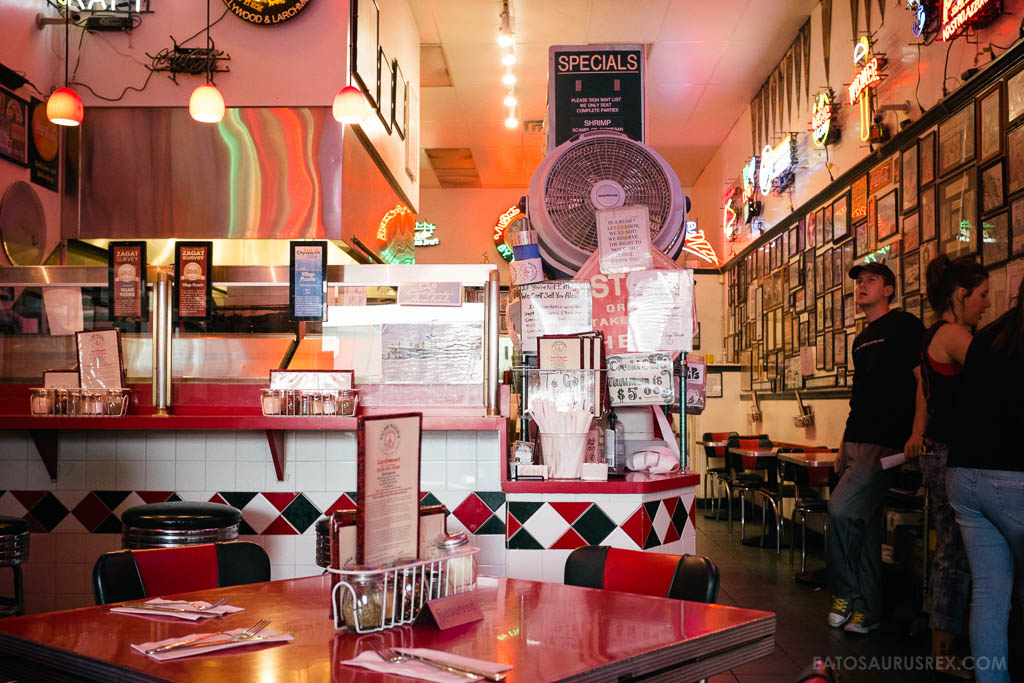