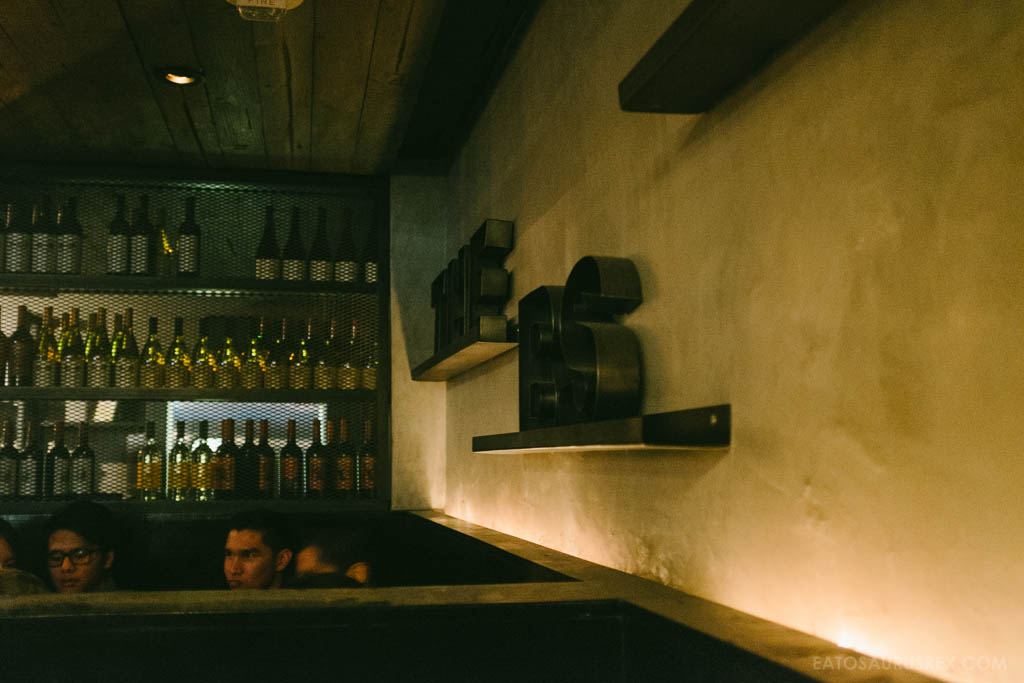 The Black Sheep is a gastropub in downtown Los Angeles focusing on burgers and beer and other things gastropubs focus on. Like Father’s Office, you order at the counter and then fight people for a seat. They’re listed as Asian fusion, though I’m not really sure why. I guess they’ve got a banh mi slider which qualifies, but that’s about it. I believe one of the owners is Asian so maybe it’s that? Or maybe it’s because everybody in here is Asian. Whatever the reason, don’t expect your burger to come with a side of kimchi, because it probably won’t. I’m not ruling it out completely because maybe the chef will be feeling experimental the day you go, but don’t count on it. What you can count on is me. To be sexy. Because that’s a sure thing. 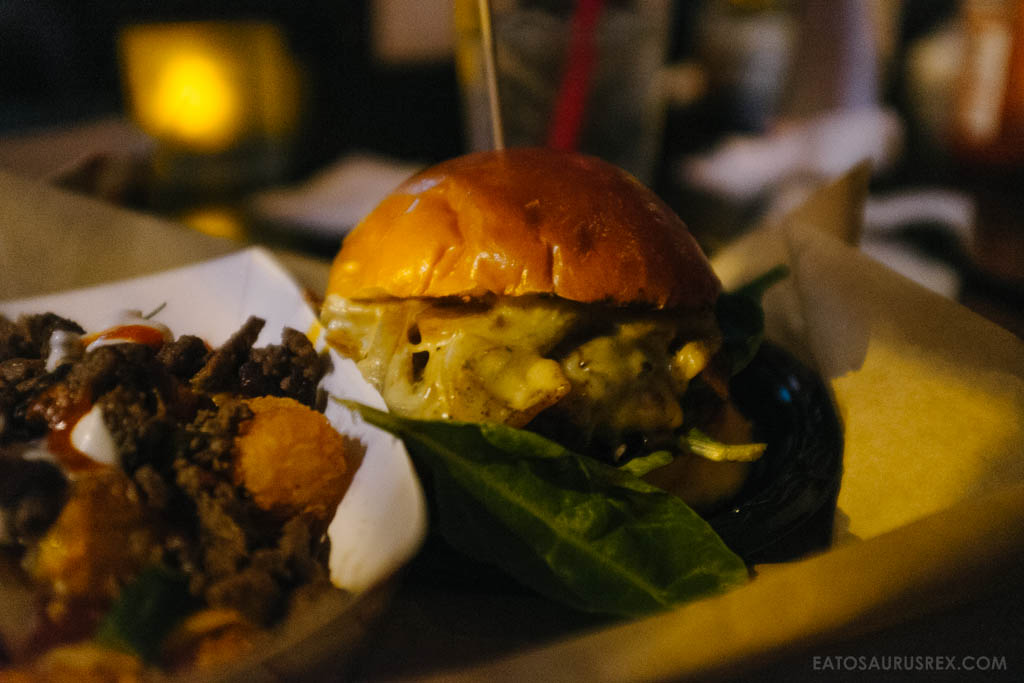 $9 The Black Sheep Burger (house blended beef patty, garlic aioli, gouda cheese, caramelized onions, arugula)
If it’s good enough to be named after the restaurant, it’s good enough for me. The burger reminds me of pretty much all the other gourmet burgers you get from places like Father’s Office or Umami Burger. It’s a compliment, but it’s also not a compliment. I’m tricky like that. 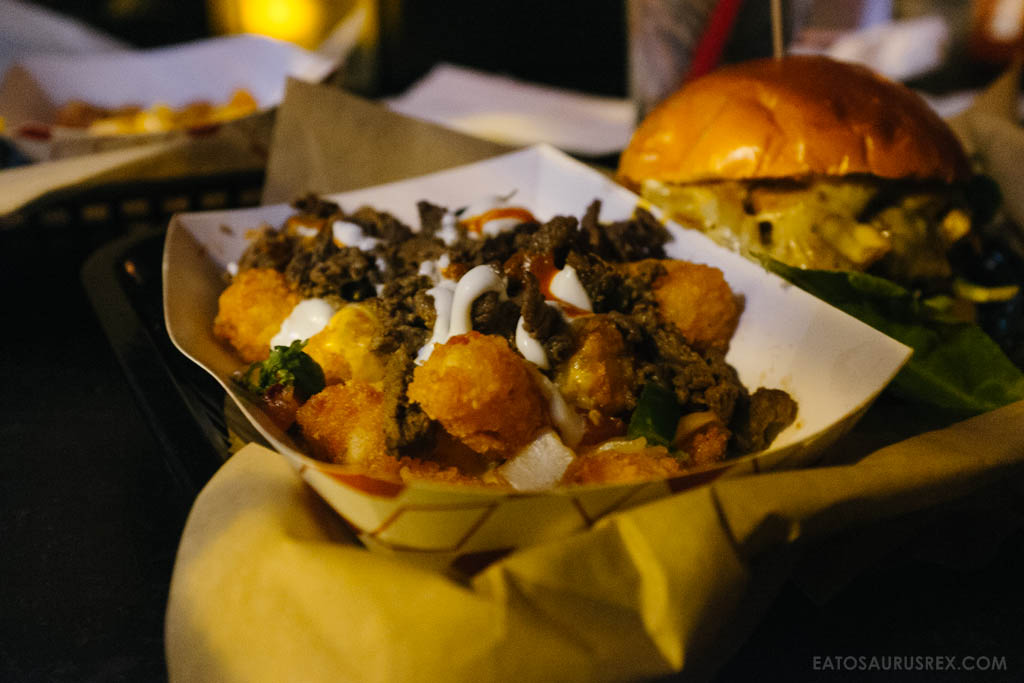 Carne Asada Tater Tots
I personally prefer the simplicity of their cheesy tots, but I had to order the carne asada tots since they were the most popular thing on the menu. People are pretty stupid, and if they read “carne asada” on anything they’ll pretty much lose their minds. Yeah, this was good, but the carne asada was dry and their attempt to stand out by adding a bunch of weird stuff made the flavors a bit off. Add carne asada, bacon, or Sriracha sauce to your dish and people will rave about it because they’re dumb, sort of like the people at an actual rave. 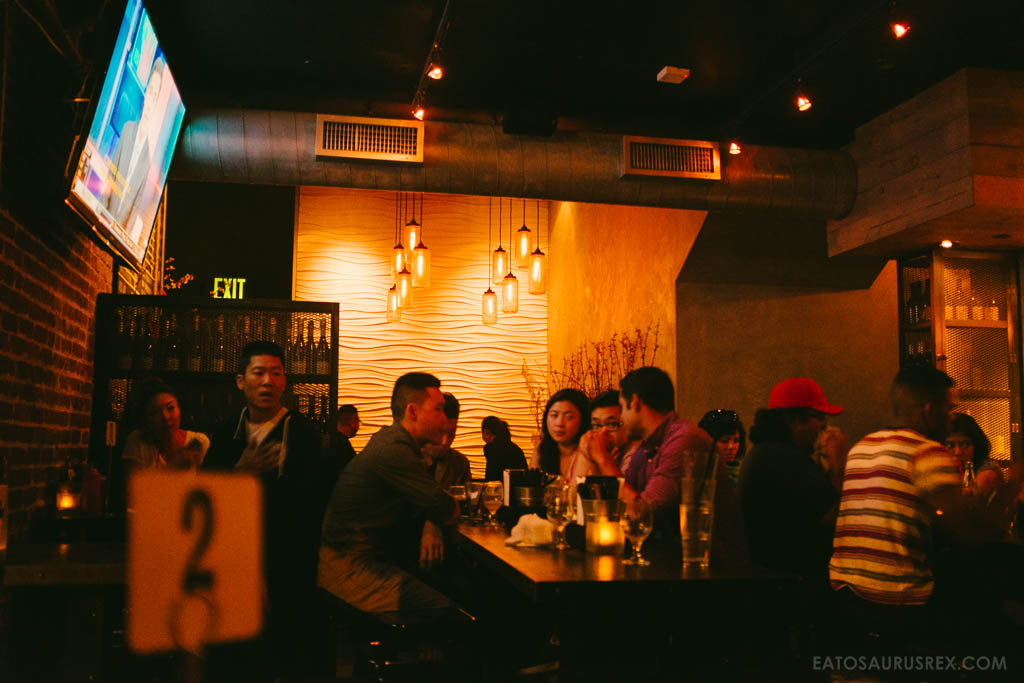