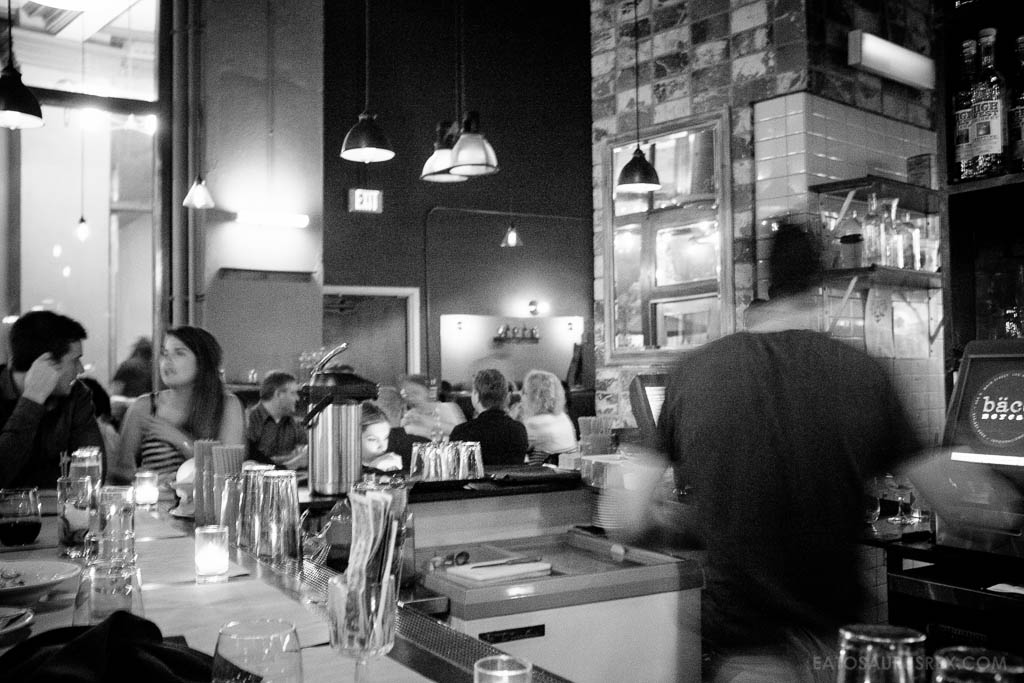 I’m a bit late to the Bäco Mercat train, but better late than never, right? Wrong! What if you’re tied to the train tracks? Then better never than late, am I right? Of course I’m right. I’m always right. Anyway, Baco Mercat is located in the historic Old Bank district of downtown Los Angeles. I’m just going to start off by saying that I must be missing something here. People rave about Bäco Mercat and I’m not sure why. Everything we had was over-salted, almost to the point of being inedible. Maybe the chef was feeling particularly mean that day or maybe they let a representative from the salt company into their kitchen. Whatever the reason, my experience seems the complete opposite of everybody else who’s eaten here, because everybody else who’s eaten here seemed happy. And not dying from a salt overdose. 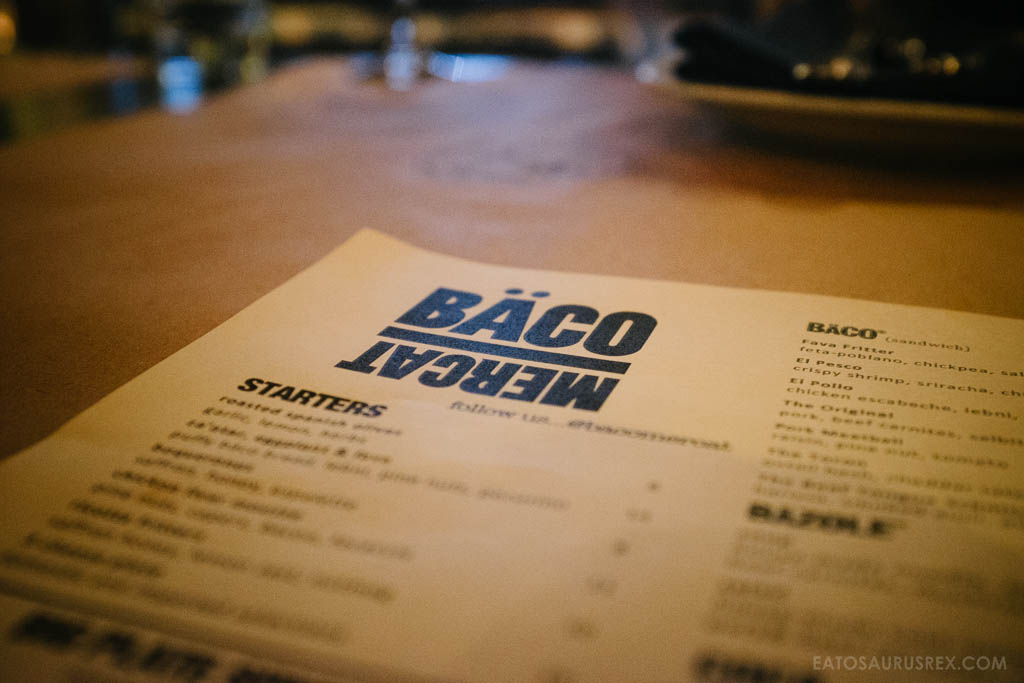 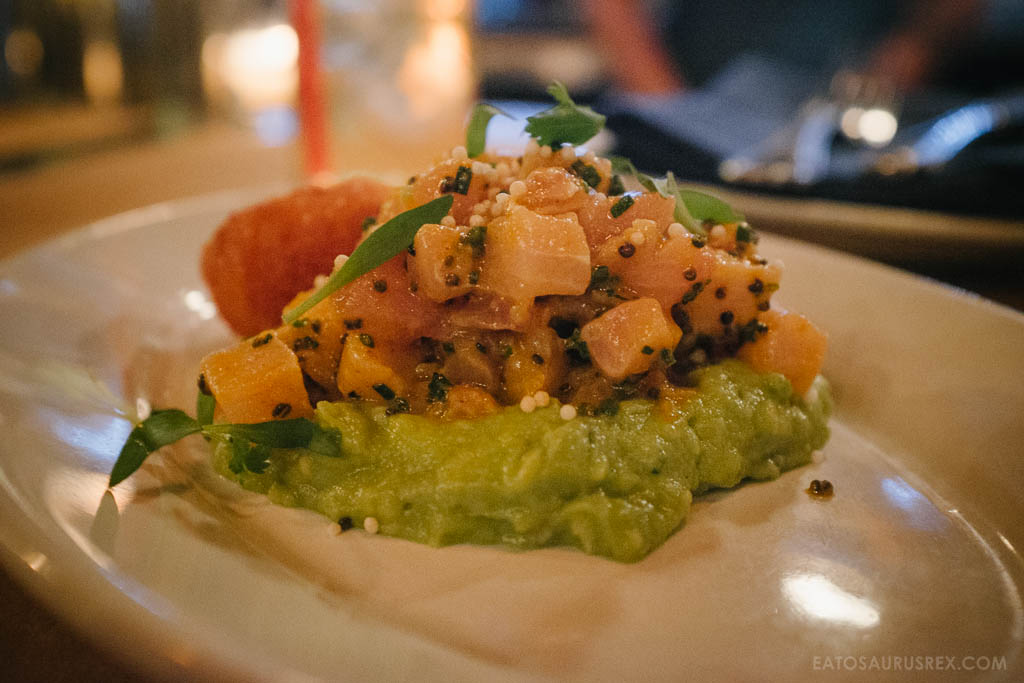 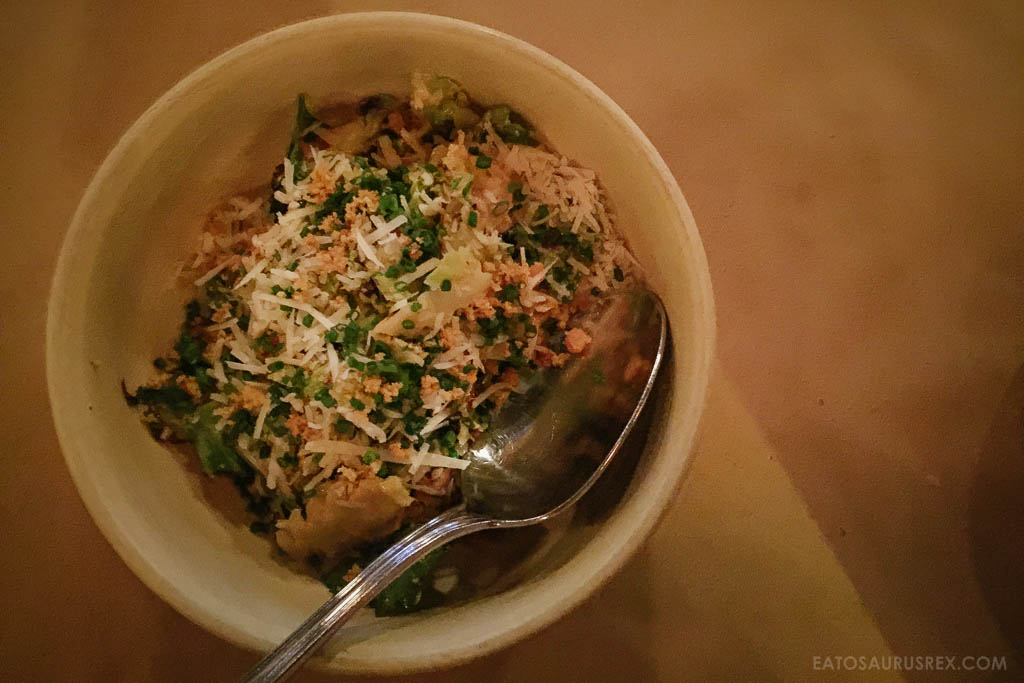 $13 “Caesar” Brussels Sprouts (pecorino, anchovy, garlic)
The best thing we had all night. And not just because it was the only thing that was properly seasoned. 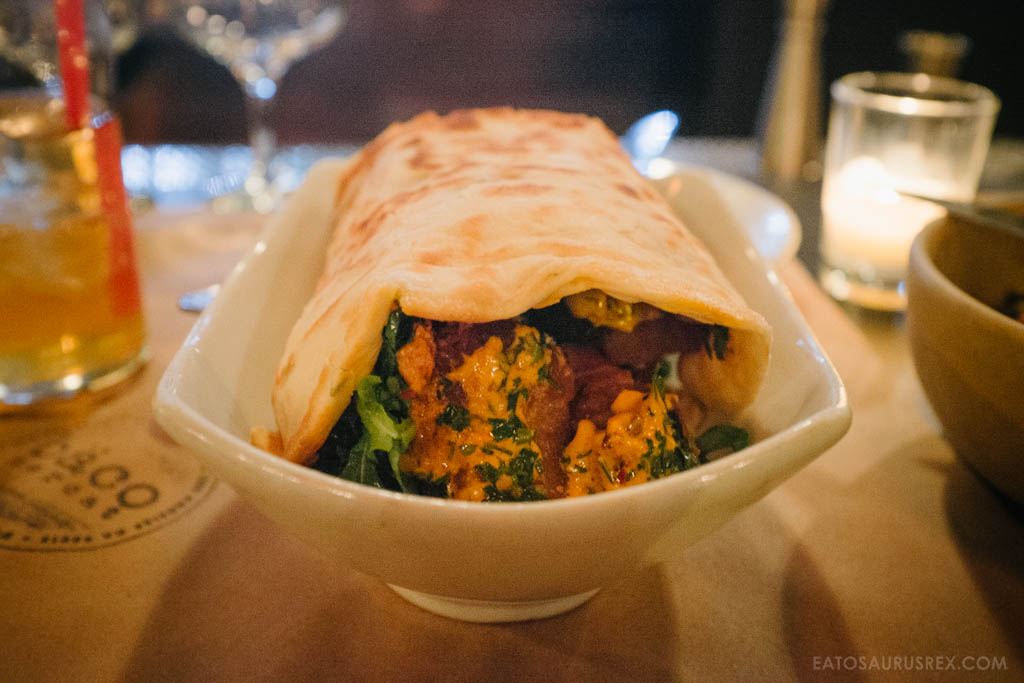 $13 The Original Baco (pork, beef carnitas, salbitxada)
If you don’t know what a “baco” is, you’re not alone. Nobody knows what a baco is because it’s not a real thing. It was created by chef Josef Centeno and is a hybrid of an Asian bao and a taco. So basically imagine a taco, but the taco shell has been replaced with chewy Asian bread. Now imagine everything inside the taco has been replaced with a box of Morton’s salt. Because that’s what it tasted like. We made it halfway through before we called it quits. 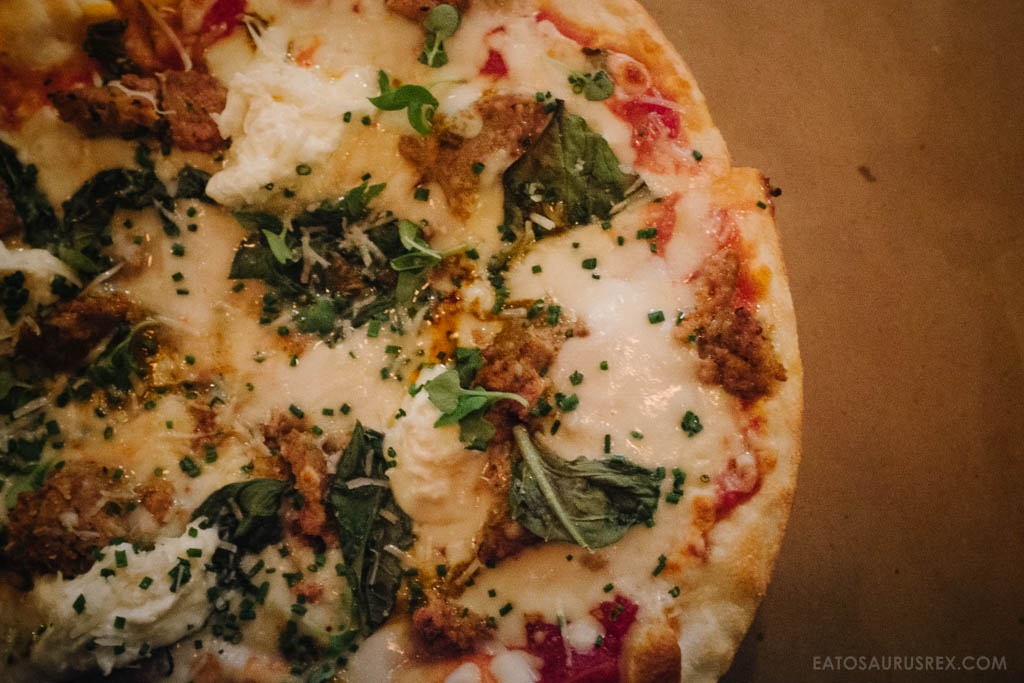 $16 ‘Bondiga Coca (flatbread, 3 cheese, smoked jalepeno, pork)
Like the baco, this was almost inedible. There were portions along the edge that were less salty and actually pretty good, but there were other bites that I almost had to spit out because I thought I was being poisoned. By salt. Can you be poisoned by salt? Better luck next time, salt assassin. 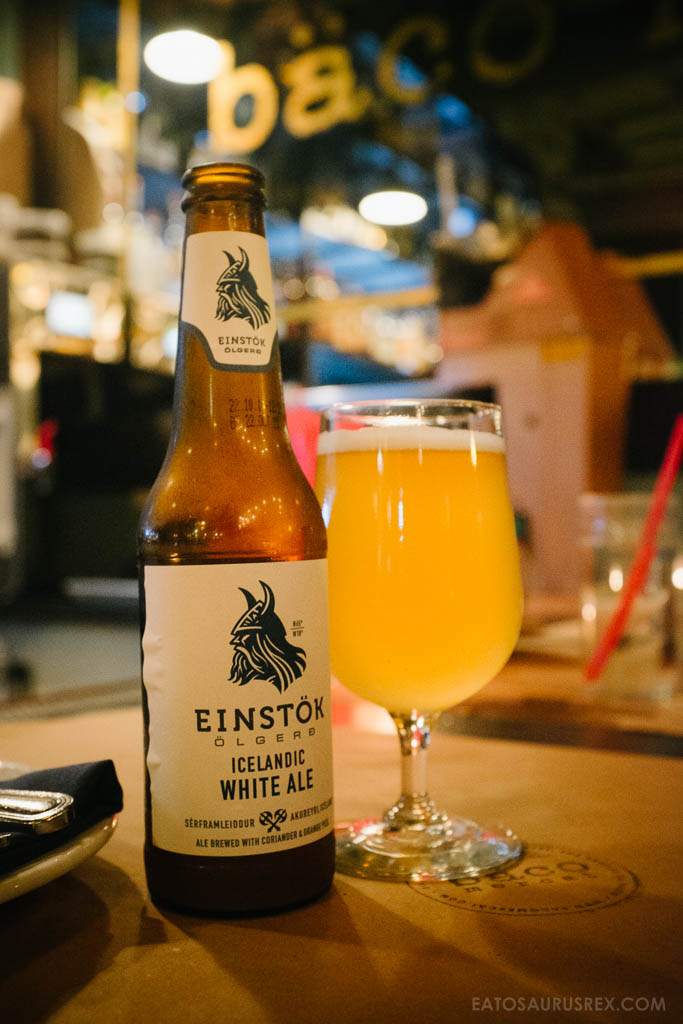 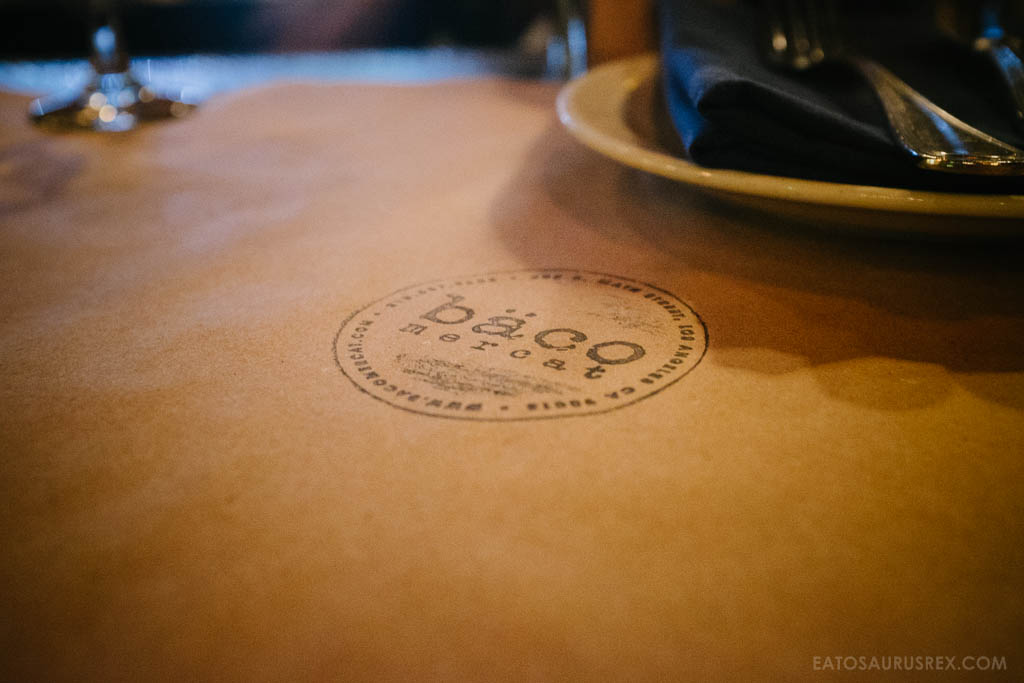 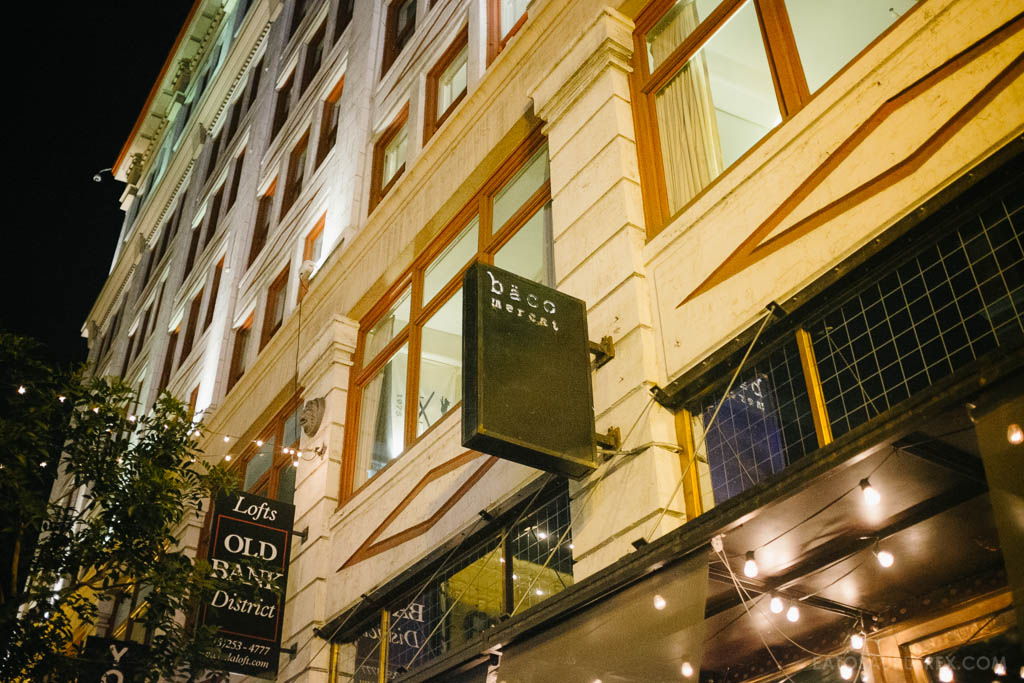 I was pretty excited to try this place since I had heard so many good things about it, so this entire meal was a disappointment. Either my meal was a fluke, or I’ve truly underestimated the American palate. I like flavor as much as the next guy, but not when it hits you over the head with a chair. And then drops a piano on you while you’re writhing around on the ground.