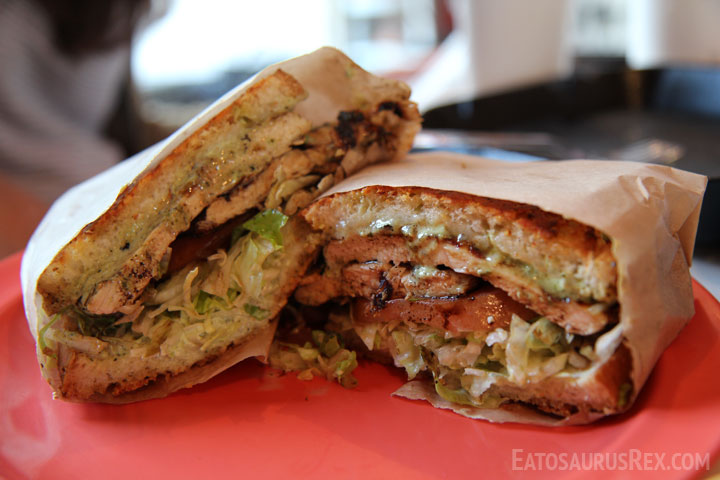 Peters Gourmade is a burger and sandwich grill that used to be located at a Valero gas station. They had about six stools and that was it. The kind of place you could bring friends and wow them that you found this little gem located at a damn gas station. Unfortunately, the original landowners defaulted on their loan and Peter’s Gourmade had a bit of a lease dispute with the new owners, forcing them to relocate to Newport Beach, which is unfortunate since it’s so much further away from me. Their new place is located inside the Balboa Fun Zone, and we missed it on our first pass. It definitely isn’t as charming as their original location, but the food is still as unhealthy and delicious as it was when it was in the Valero. They said they’ll be opening another location about half a mile away from their old gas station location, but I can’t help but feel it just won’t be the same. I guess if I get desperate I could always buy their food and bring it into my local Chevron and eat off the floor. 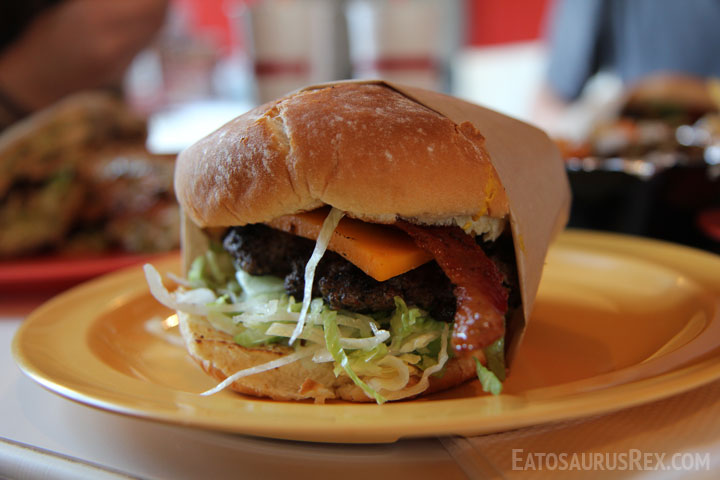 ABC Burger – Avocado, bacon, and cheese. So simple, yet so delicious. It’s crazy oily and probably crazy unhealthy, but that’s how you now it’s a proper burger. When they find my obese body lying dead in the street, odds are my autopsy will show death by ABC Burger. I’d place it in the top ten of all the burgers I’ve ever had. 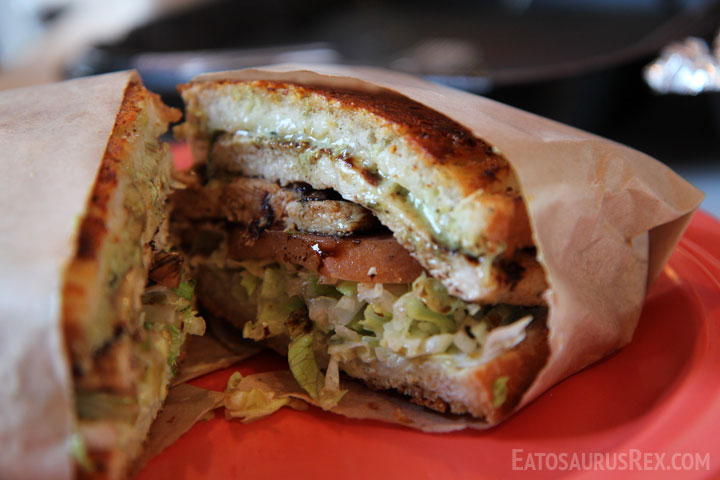 Basil Chicken Sandwich – If you’re not in the mood for a burger, order this. Why? Because it’s good. The ABC Burger is better, but this is probably the next best thing on the menu. You’d think it’d be healthier since it’s chicken, but I’d be amazed if that was the case. 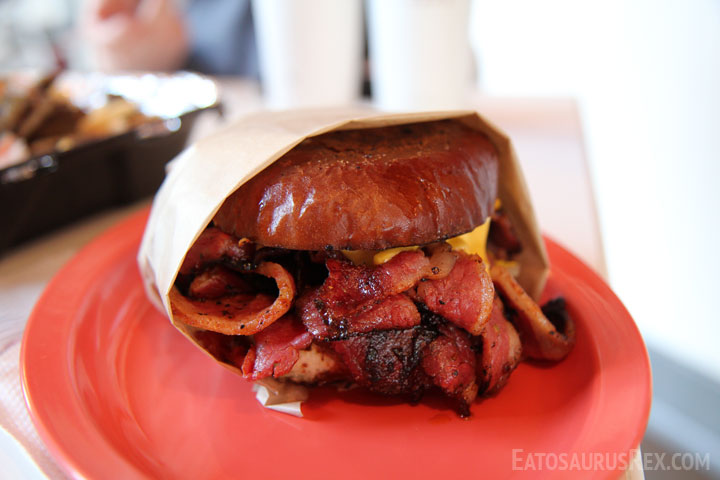 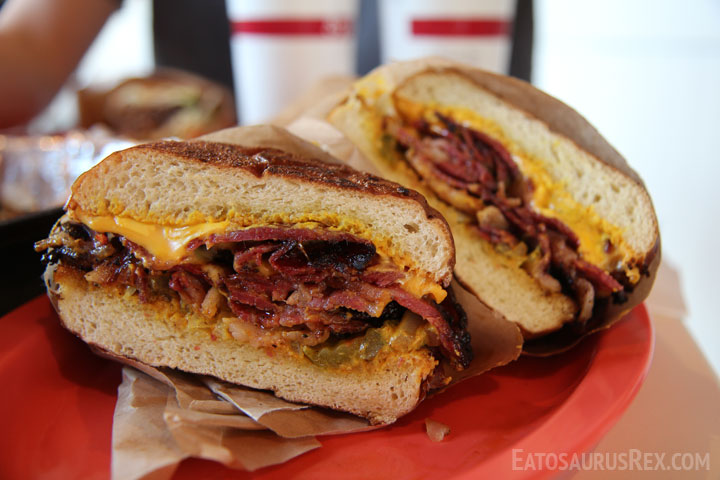 Pastrami Sandwich – Everybody in our group agreed this was way too salty, even by cured meat standards. Skip this unless you’re seriously into pastrami. 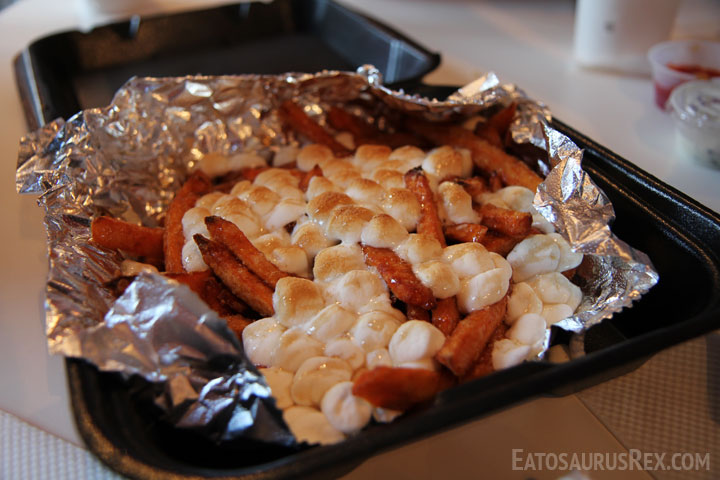 Gooey’s – This is essentially sweet potato fries covered in melted marshmallows, and it’s definitely more of a dessert so keep that in mind. It’s simple and good and I’ve never seen it anywhere else, but why is it so damn big? We split it between four people and we still didn’t finish it. I don’t want to meet the person who could finish this on their own. No, wait, I take that back. I do want to meet them so I can slap them in the face and tell them to stop being so fat. 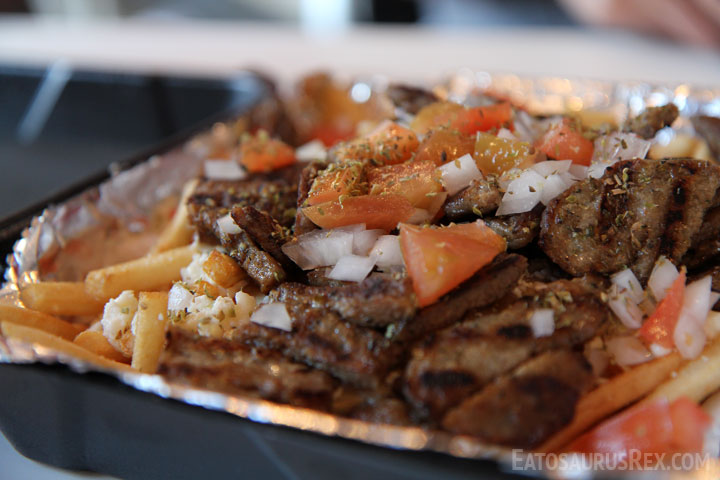 Greek Fries – French fries covered in feta cheese, gyro meat, and served with a side of tsatsiki sauce. Consider it the Greek equivalent of carne asada fries. And this might be sacrilege, but it might be just as delicious. It’s definitely just as large. Don’t order this because you want a side of fries, order it because you can eat a mammoth amount of food. It’s also really really good, so maybe order it because of that too. 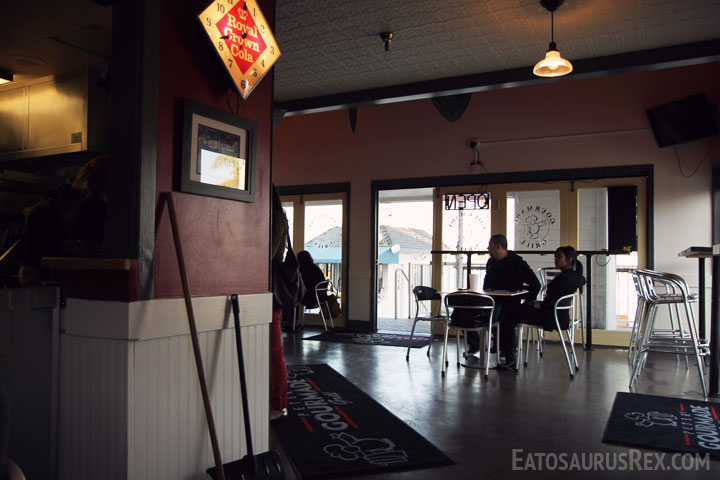 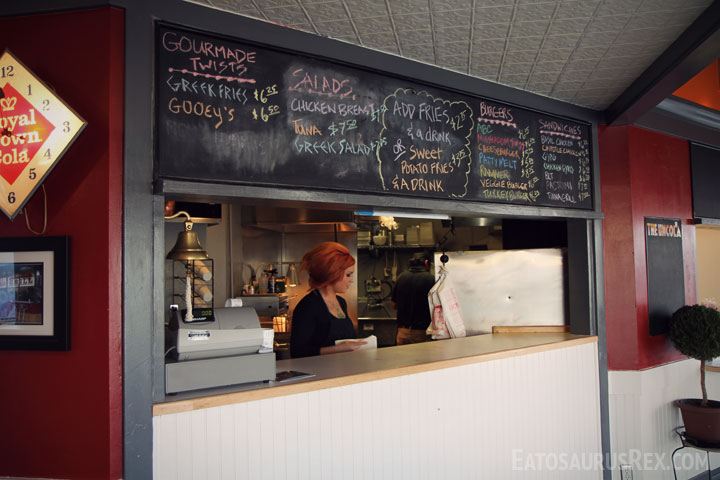 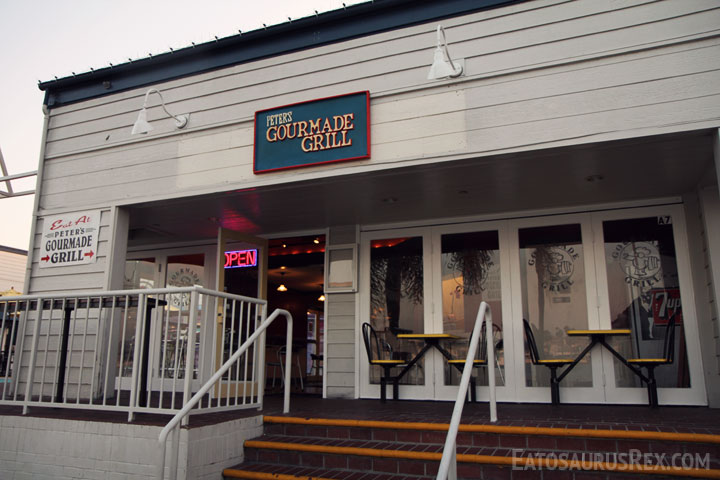