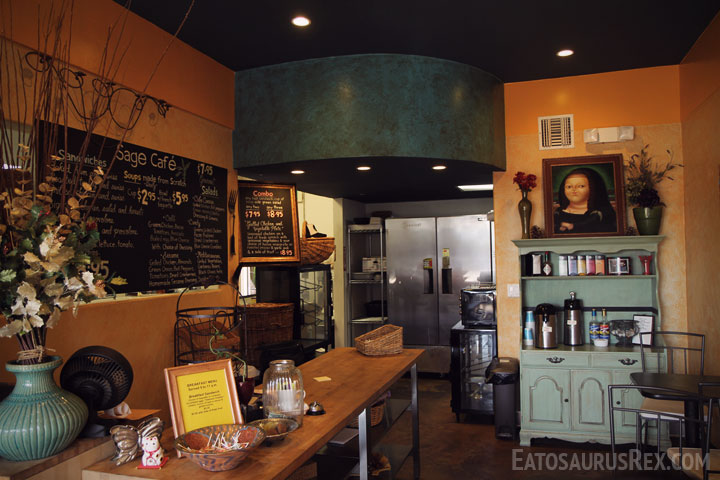 Located next to Ikko in Costa Mesa, Sage Cafe is a tiny little operation which, from the looks of things, appears to be run solely by the owner and possibly a part-time assistant. I think this place is best known for their chicken sandwich, but they were out of chicken so take this review for whatever it’s worth, which isn’t very much. It’d be like reviewing In-N-Out based solely on their fries. I wasn’t super impressed with what I got, but there was enough there that I’d be interested in coming back and doing it proper with the chicken sandwich. As in a proper review. Not as in having sex with the chicken sandwich. Although that might be interesting as well… 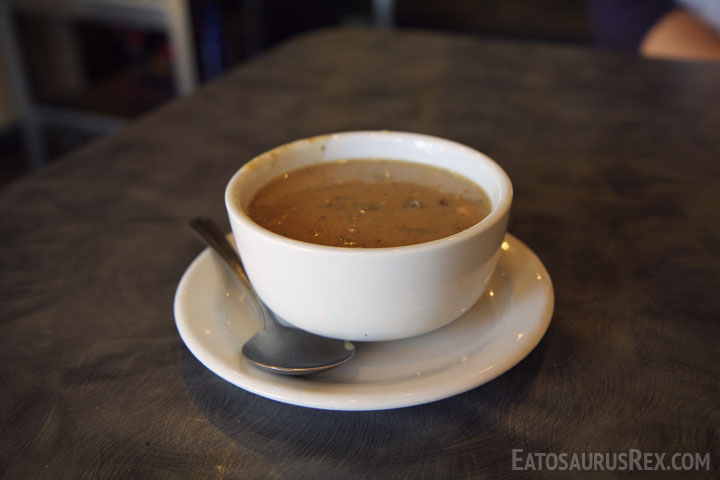 I don’t remember what kind of soup this was, but it was really flavorful. It tasted a little bit like canned soup, but not in a bad way (if that’s possible). Honestly, this was probably better than the salami sandwich. If I had to do it over I’d get the half sandwich with soup and salad combo instead of a full sandwich. 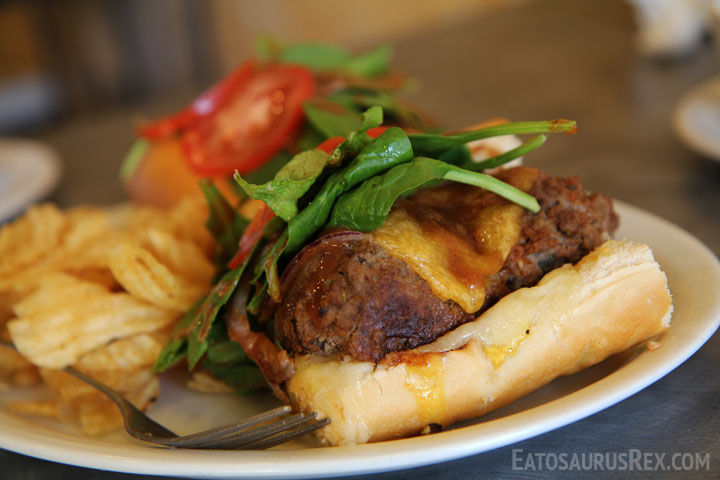 Salisbury Steak Sandwich – I believe this was a Wednesday special, but the owner made an exception and offered to make it for us since he was completely out of chicken (or rather he used the last of his chicken for the other salad we ordered). The Salisbury steak itself was good, but the proportions of the sandwich were a bit off for me. The bread was too thick and hard, and the haphazard presentation of the greens just made the whole thing difficult to eat. I guess if you had a giant mouth you’d appreciate this more than I did. The flavors were pretty good, I just had a tough time eating it while still looking like a civilized human being. 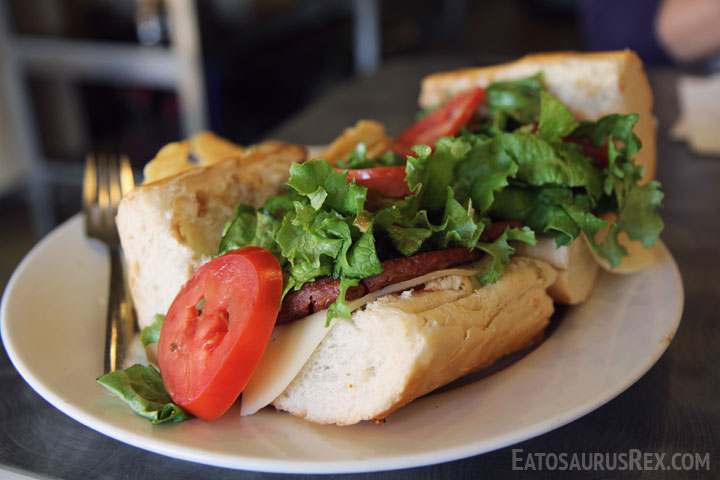 Salami and Provolone – Honestly, I wasn’t very happy with this sandwich. The salami was tough and a bit bland and overall there just wasn’t very much flavor. I could go the rest of my life without ever eating this again and I’d be content. 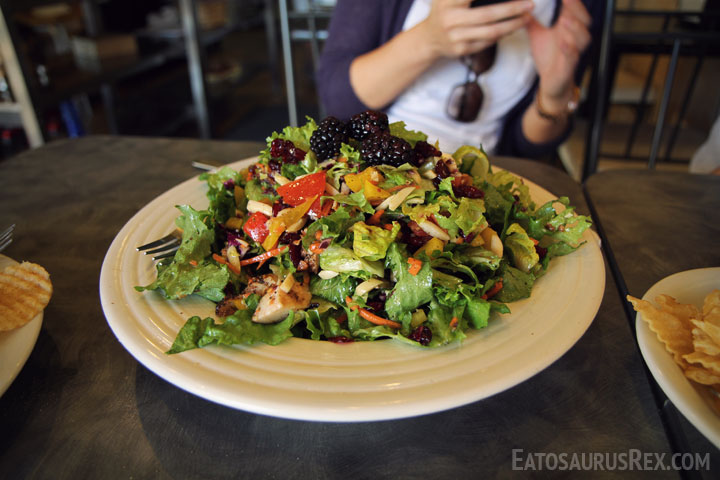 Candy Salad (greens, grilled chicken, pecan pralines, dried cranberries, blue cheese crumbles) – I don’t want to say this was the best thing we had, because it was a salad, but it might’ve been the best thing we had. If you usually order salads (which I clearly do not) I imagine you’d be pretty happy with this. It was also the only dish that had any chicken in it. Coincidence? Maybe. The point is, if you order something with chicken in it it’s probably better than the stuff that doesn’t have chicken in it.