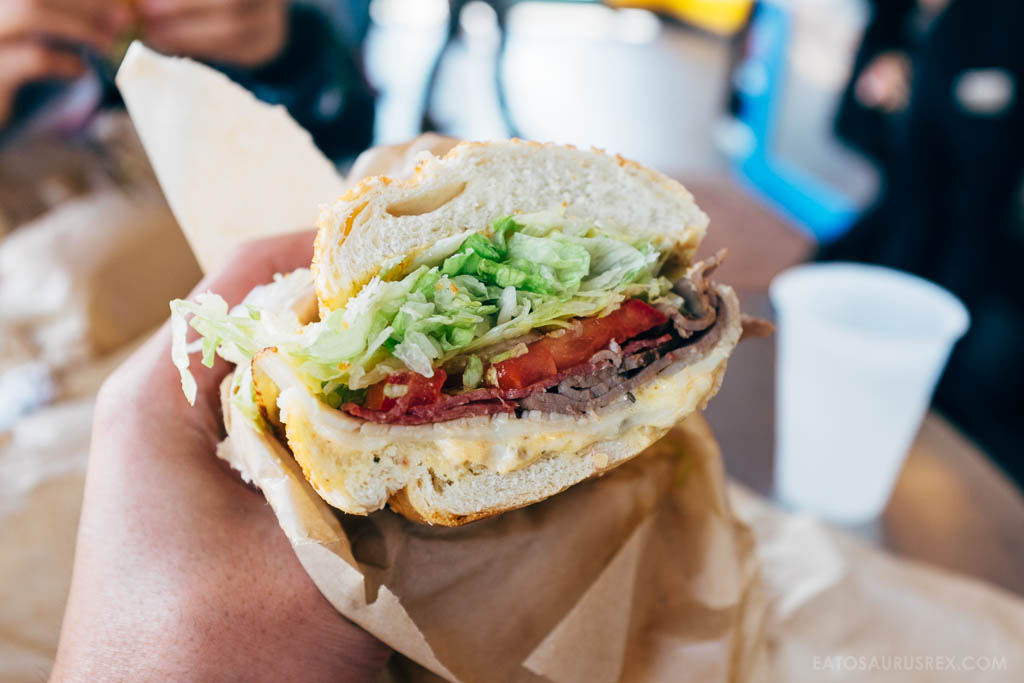 I had to make a stop at Marukai in Cupertino to buy some random Japanese goodies (read: snacks) so I figured I would hit up Ike’s Lair since I was in the area. Ike’s Lair is one of the many locations of the popular San Francisco sandwich shop Ike’s Place, though I have no idea why they have different names. Some locations are also called Ike’s Love & Sandwiches. I can only assume Ike has a mental disorder and can’t actually remember the name of his shop.

The good news is that the sandwiches (yes, plural, I eat like a man) were delicious. The bad news is I came on a weekday during lunch hours which meant it was filled with college students and worker bees on their lunch break. I’m borderline homeless and don’t really live on the same hours as everybody else so when I encounter normal lines it fills me with a combination of sadness and rage. And sometimes arousal. 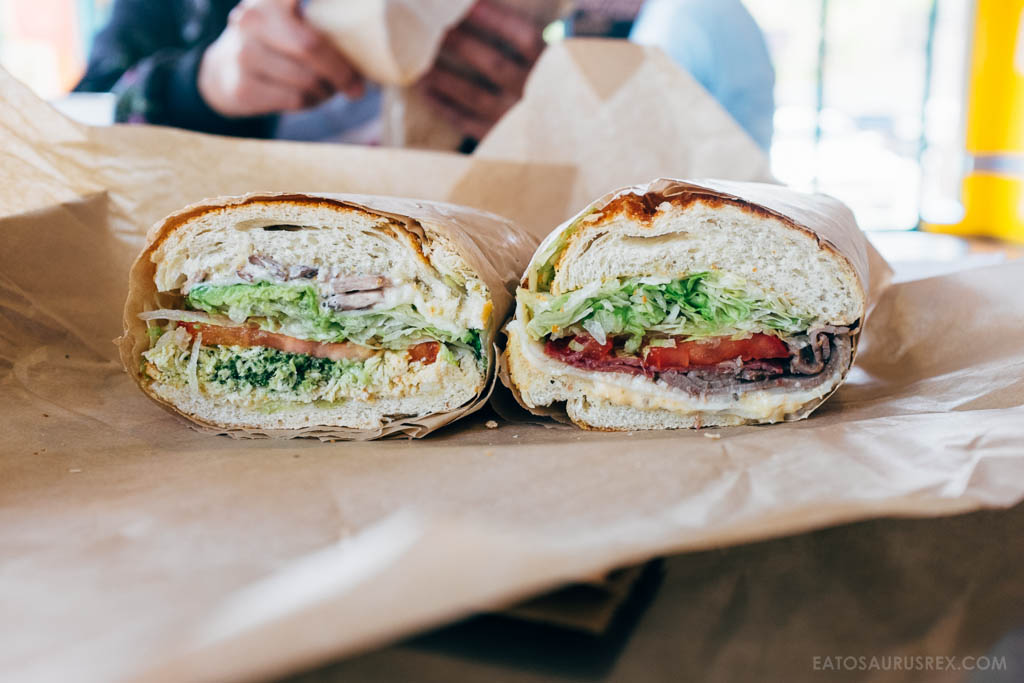 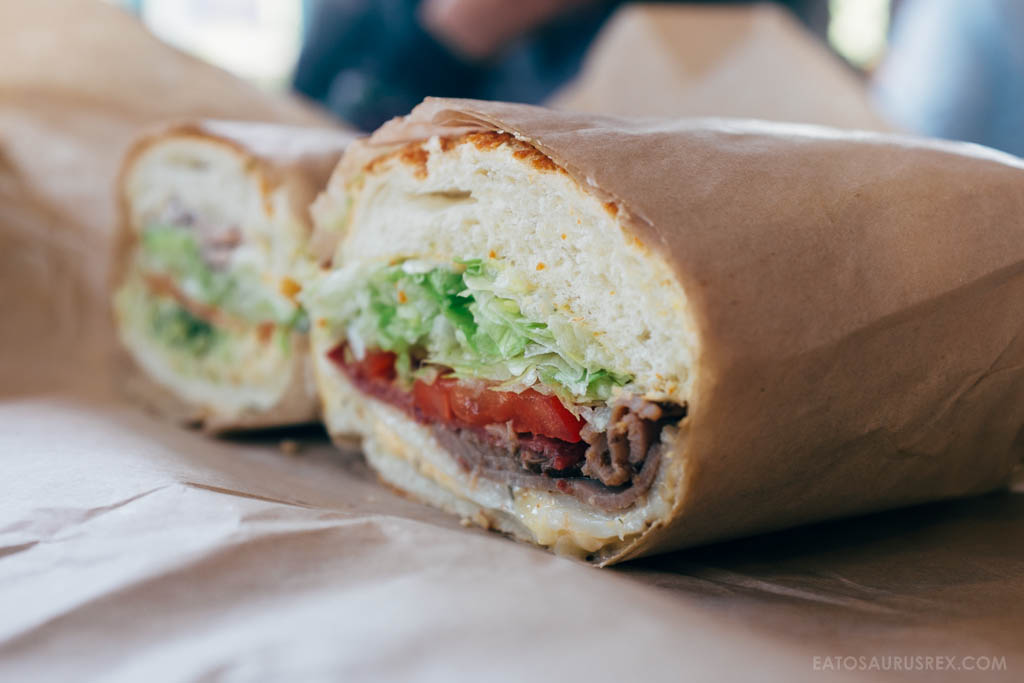 $9.99 Matt Cain (roast beef, turkey, salami, Godfather sauce, provolone)
The person behind the register said this was the most popular thing on the menu. I don’t know if their Godfather sauce is made out of actual godfathers or what, but it’s pretty damn delicious. I got it on their Dutch Crunch bread, which is a loaf of bread that’s been covered in a paste of rice flour and sugar before baking so that the top crisps up cracked and speckled. Dutch Crunch is unique to the Bay Area, so if you’re visiting and don’t get it you’re probably a stupid idiot. 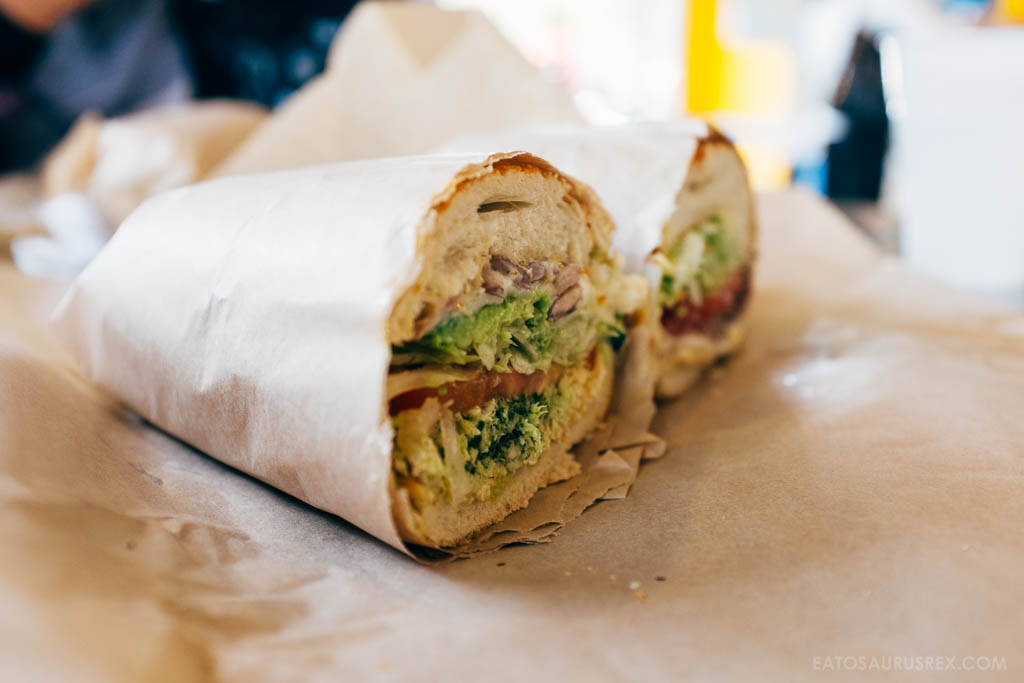 $9.99 Spiffy Tiffy (halal chicken, mushrooms, avocado, pesto, provolone, pepper jack)
People rave about the halal chicken, but I found it to be kind of dry. The sandwich in general is good, though not nearly as flavorful as the Matt Cain. There are other halal chicken options if the ingredients listed above don’t sound particularly good to you. 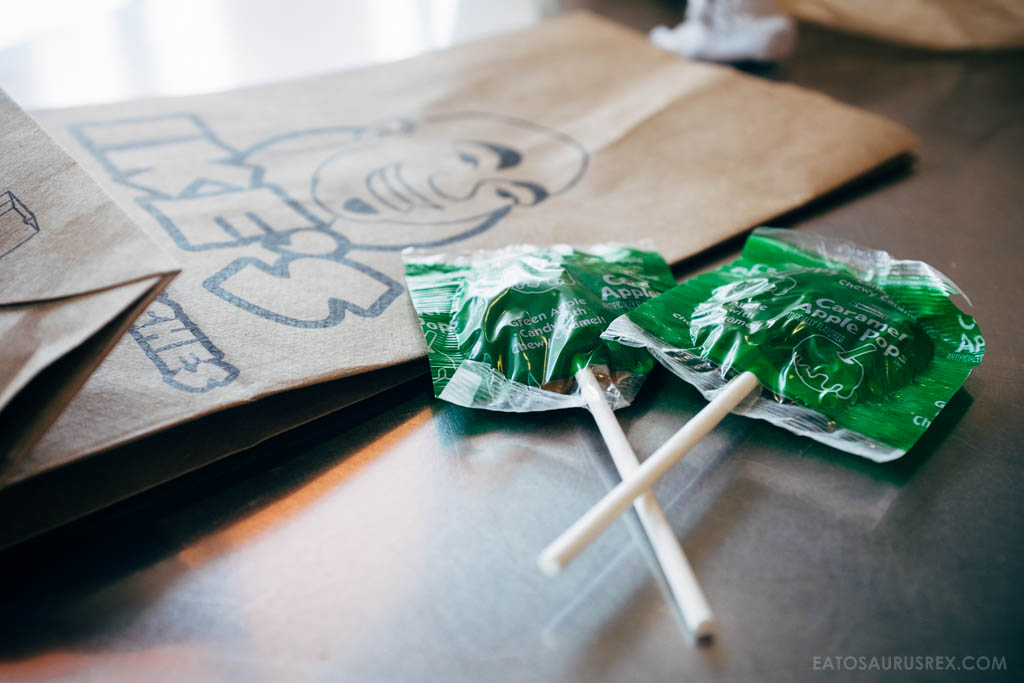 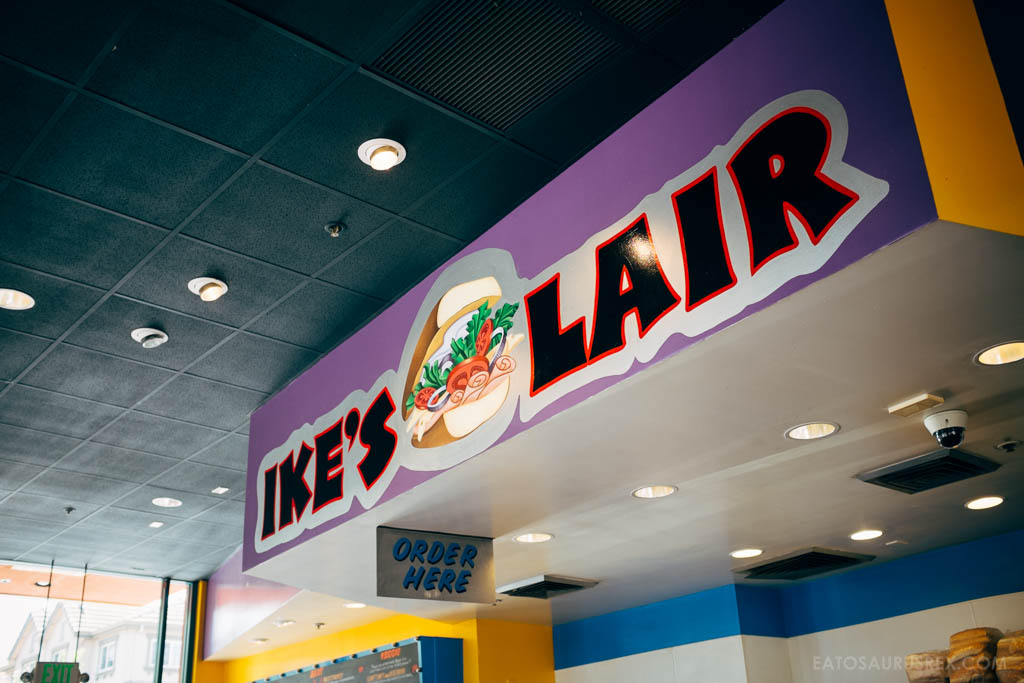