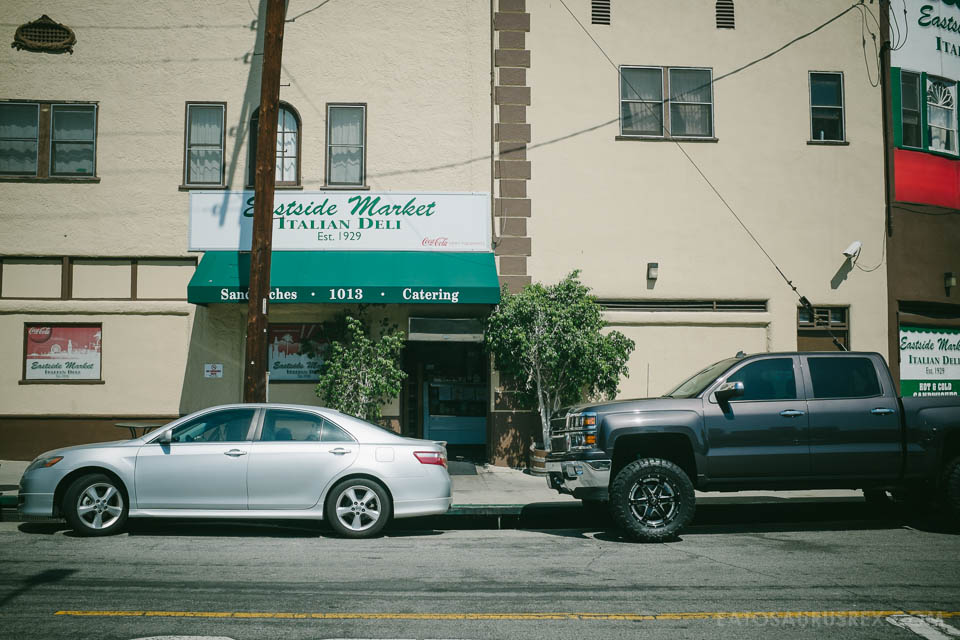 Eastside Market Italian Deli is located on the outskirts of Downtown Los Angeles in L.A.’s original Little Italy. Apparently they’ve been serving up sandwiches since 1929. The portion sizes here are insane, and I suspect it’s a byproduct of the days when they had to keep their mafia patrons happy so they wouldn’t end up sleeping with the fishes. Or eating a lead sandwich. Or getting whacked. Or whatever other old-timey term Italian people use for getting killed. The place has character, and even though the people behind the counter are super friendly, they seem like they wouldn’t have a problem slapping on some cement shoes if they had to. People with facial hair and tattoos scare me. Also, I might watch too many gangster movies. 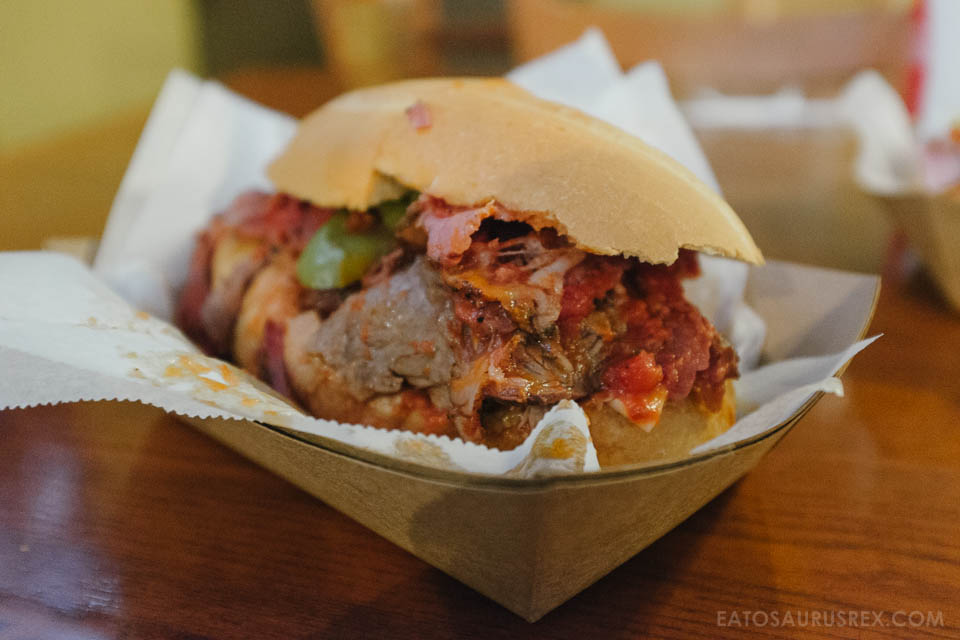 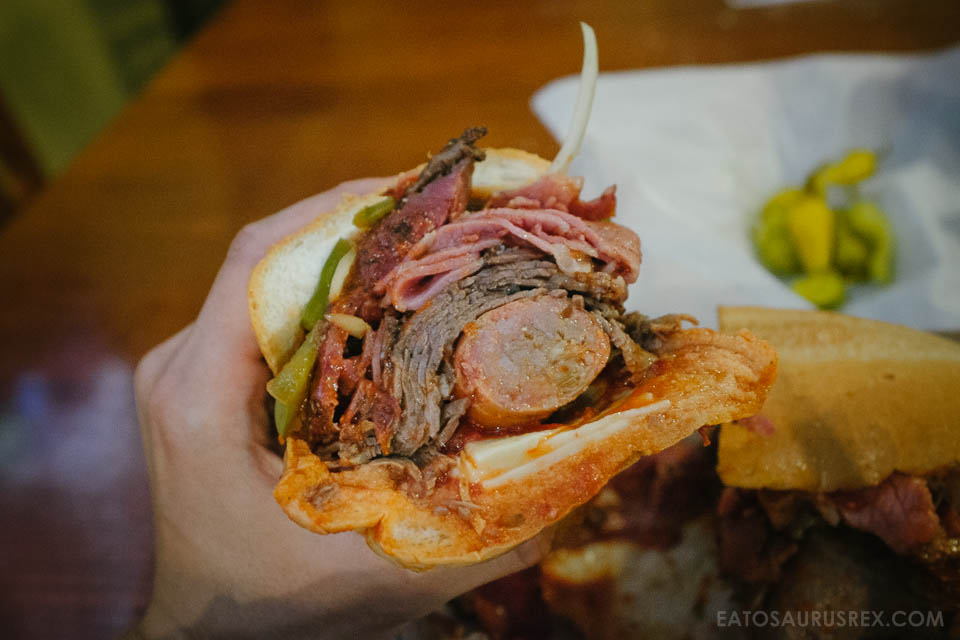 $12.50 D.A. Special (Sausage, Meatball, Roast Beef And Pastrami Sandwich)
That’s not “sausage, meatball, roast beer or pastrami”, it’s “sausage, meatball, roast beef, and pastrami.” And! A sandwich shouldn’t have this much meat. And that’s coming from a guy whose favorite side dish at a steakhouse is another larger steak. The sandwich is amazing though. It could’ve very easily been way too salty, but the meat and marinara were well balanced. My only complaint is that it becomes a huge soggy mess. They give you the option of having the bread on the side and looking back that might’ve been a better decision. It’s safe to say anybody who actually finishes this thing probably isn’t your healthiest friend. 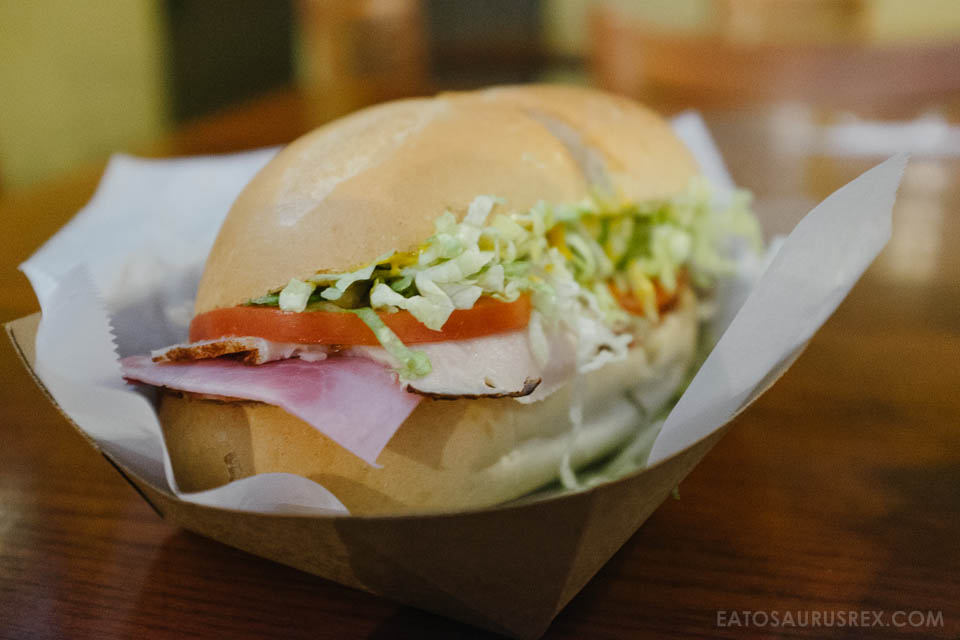 $8.50 Italian Sub with Cheese
Solid Italian sub with plenty of cold cuts. There’s just a tad too much bread, which throws off the ratio. If they removed half the bread this thing would be a serious contender. Contender for what? For the heavyweight boxing championship of the world obviously. 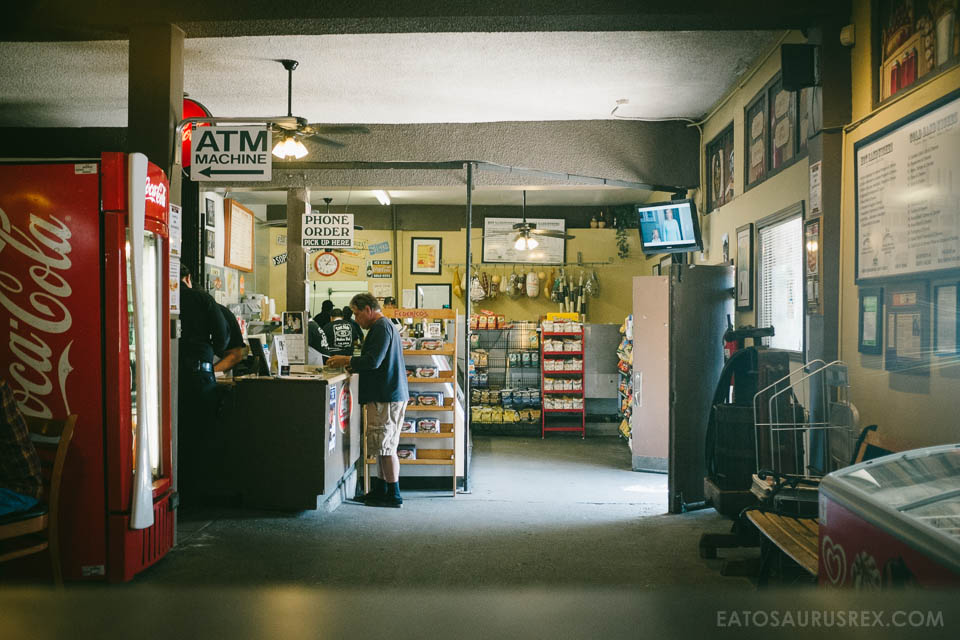