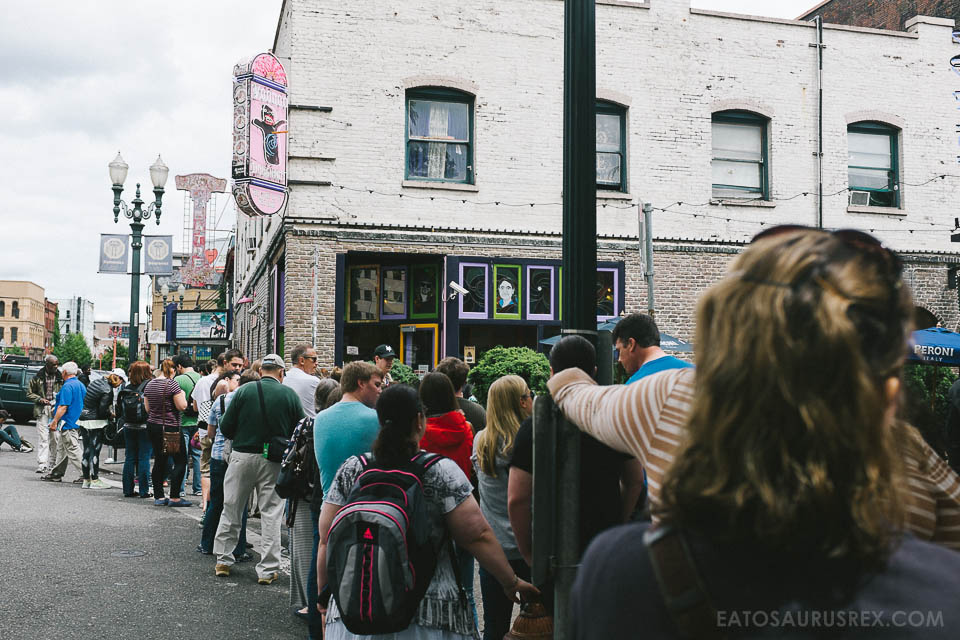 I have never experienced a more overrated place than Voodoo Doughnut in Portland, Oregon. The wait during peak times can be in the hours. And for what? If they were the most amazing donuts I’d ever had then I’d forgive the wait. If they were even mildly great I could make an argument. But no. The donuts are barely average. Yes, they have original toppings (is maple and bacon even original anymore?), but the donuts themselves are average. Maybe even below average. They’re not fluffy, they’re too sweet, and worst of all they’re stale. With their volume, each batch should be hot and fresh, but instead they feel like the leftovers from yesterday. The best donut we tried was the Captain Crunch, and that’s simply because adding Captain Crunch makes desserts taste better. Don’t believe me? Throw some on your frozen yogurt next time and I’ll accept your apology via Twitter or Instagram.

The only redeeming quality about Voodoo Doughnut is that it’s right next to Stumptown Coffee, so you can grab a coffee or three during your marathon wait session. I’m clearly not the only person with this brilliant idea, since every other person in line also had a cup in their hand. 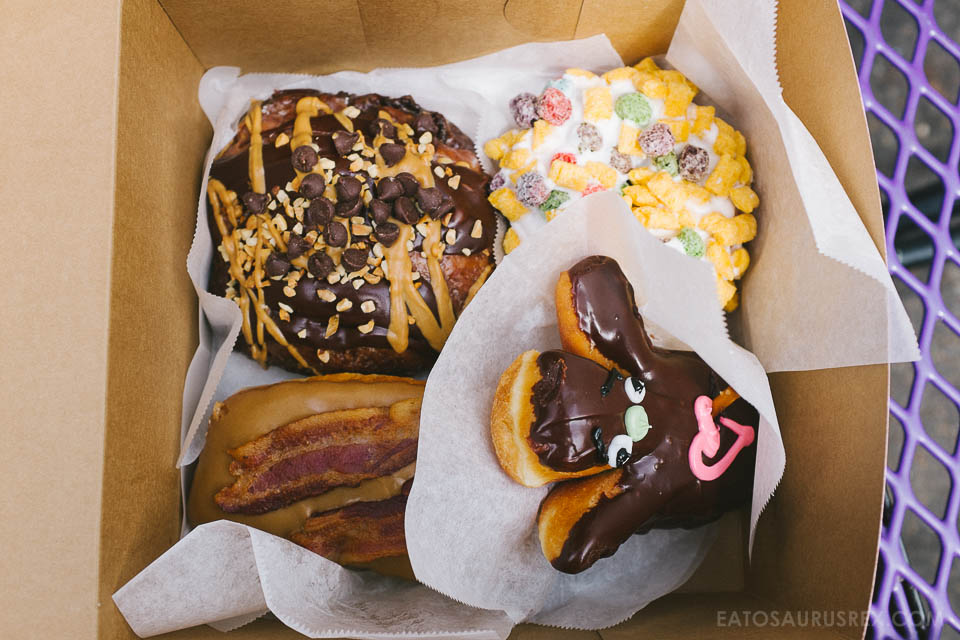 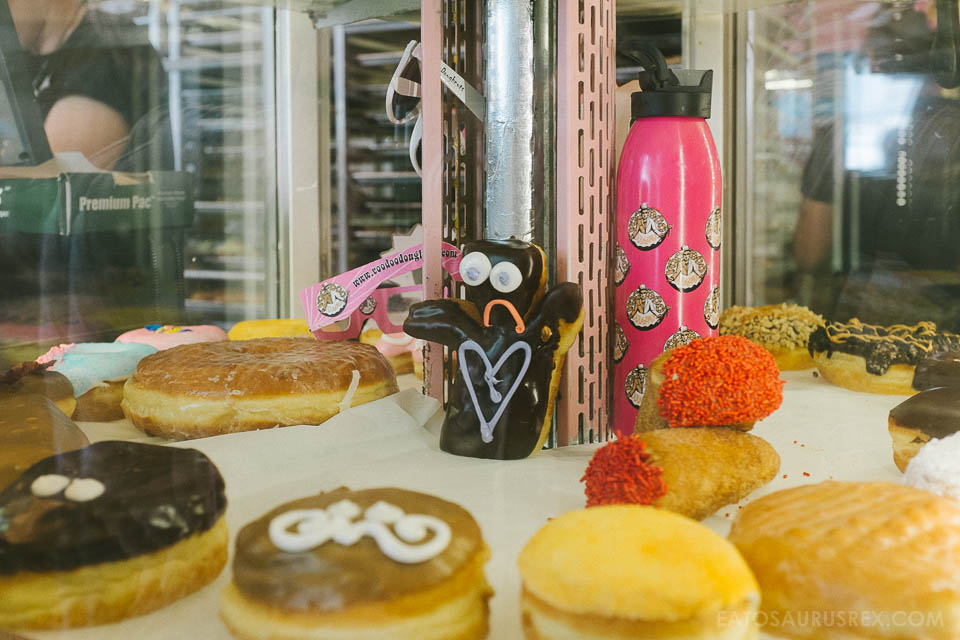 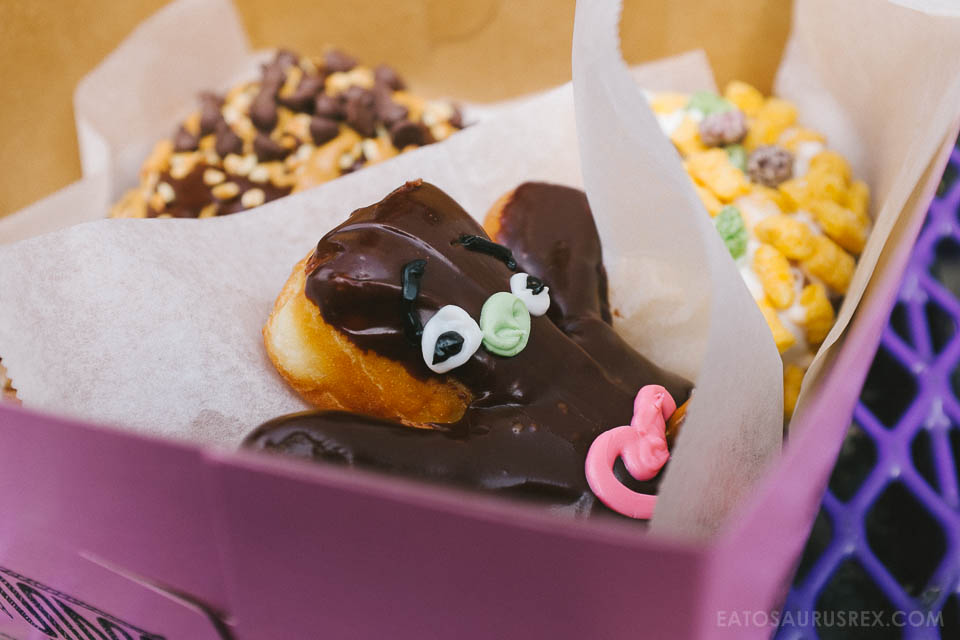 Okay, yeah, it’s kind of neat that they’ve got a donut in the shape of a voodoo doll and they stabbed it in the heart with a pretzel. I’ll give them that. But the donut itself was a B, and the only way to justify an hour wait for it would be if it came with a free unicorn. 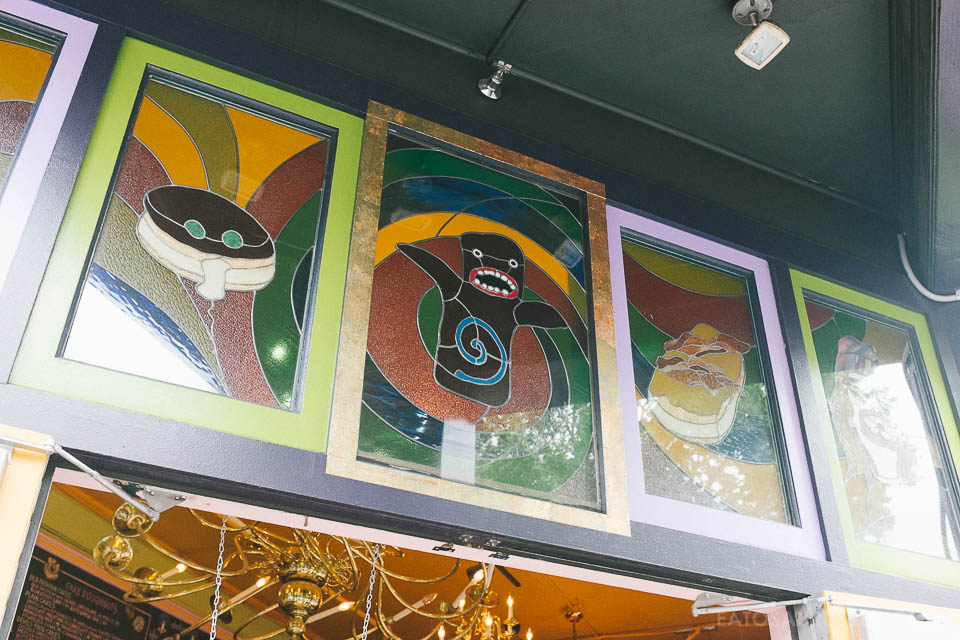 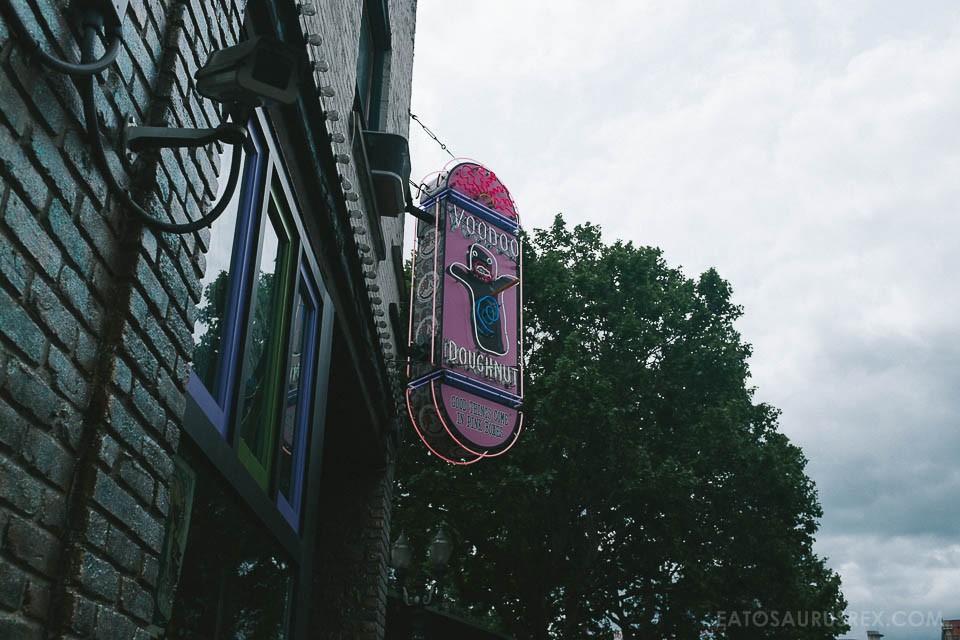