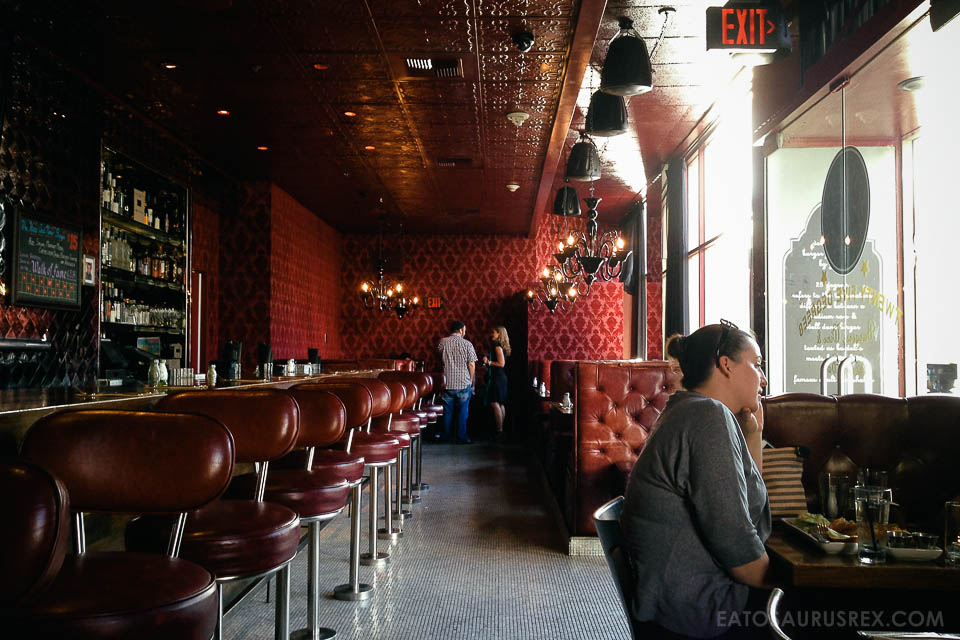 25 Degrees is a hamburger restaurant with three locations in the United States and one in Thailand, which is kind of strange but, hey, whatever, Bangkok is a rad place. They claim they’re named after the precise temperature difference between a raw and well-done hamburger, and market themselves as a “sophisticated twist on the traditional burger bar.” That’s actually a pretty accurate description, because if somebody asked me to describe them I would say they’re a hamburger bar but kind of more sophisticated. Don’t ask me what makes them more sophisticated because I couldn’t tell you, but they’ve got snazzy-dressed bartenders and they’re located in the trendy Roosevelt Hotel so take that for what it’s worth. Plus the one in Los Angeles is open 24 hours, making it one of the few places you can grab a decent bite to eat when you’re stumbling home from a night of partying. And by night of partying I mean watching Game of Thrones episodes until you lose track of time and next thing you know it’s 4 am and oh my god how am I going to wake up for work tomorrow it’ll probably be easier if I just skip sleep and watch a couple more episodes instead. 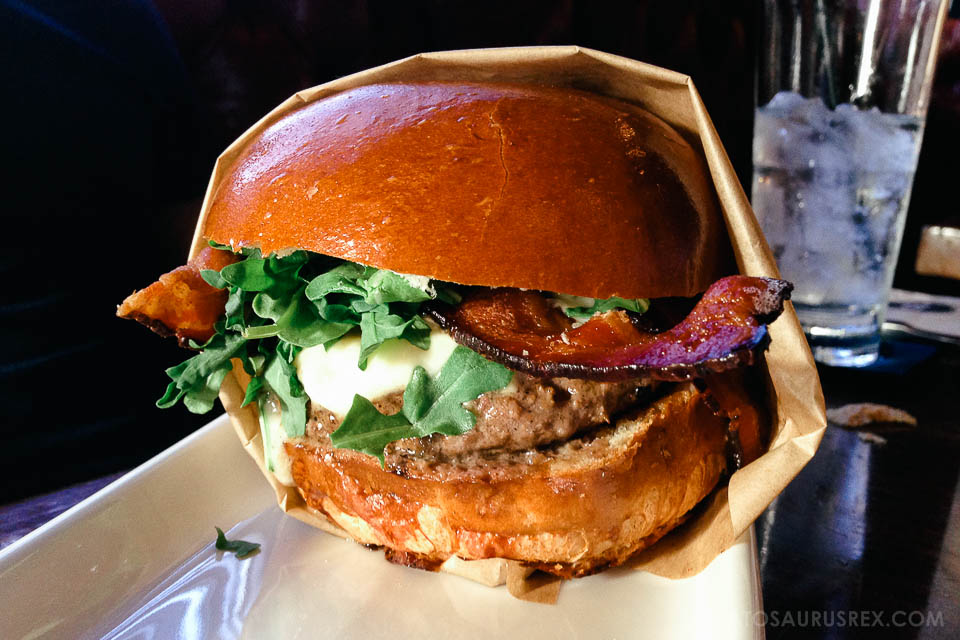 Number One (caramelized onion, crescenza, prelibato gorgonzola, bacon, arugula, thousand island)
The most popular and also probably the most boring hamburger on the menu. 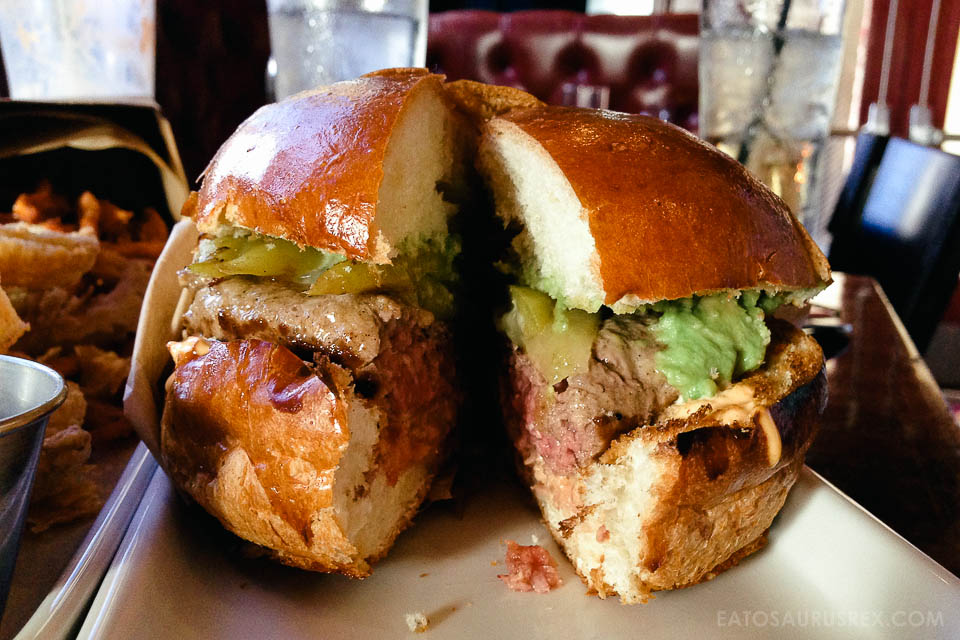 Number Three (mezzo secco jack, green chili, chipotle, avocado)
Better than the Number One, but that’s probably just because it has avocado. 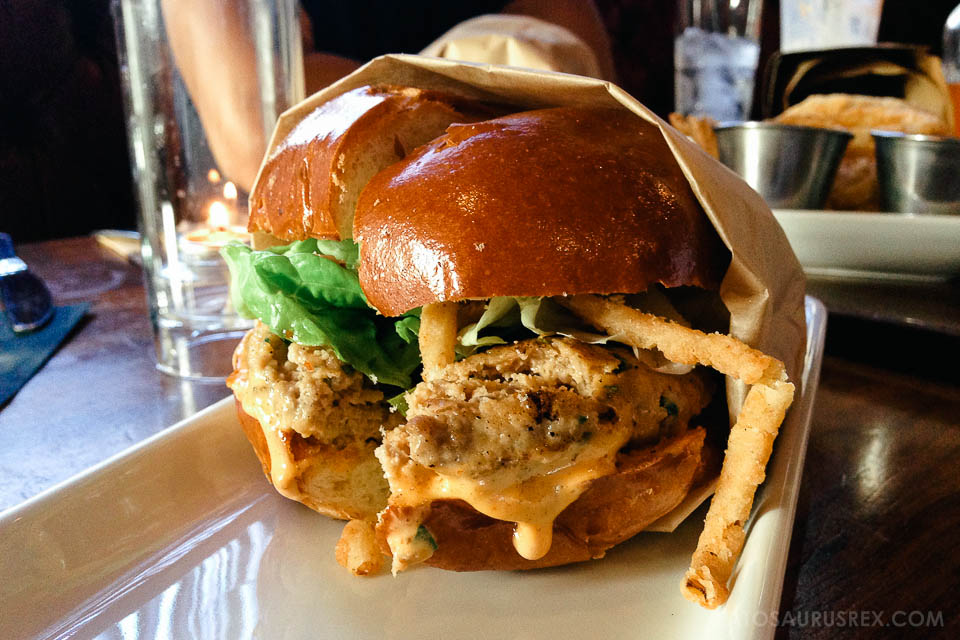 Number Four (yellowfin tuna, butter lettuce, crispy fried onions, spicy aioli)
If you’re okay with fish instead of beef, I’d recommend this. The flavor combinations are a little more interesting than their standard burgers and there’s just enough punch from the spicy aioli to keep you on your toes. 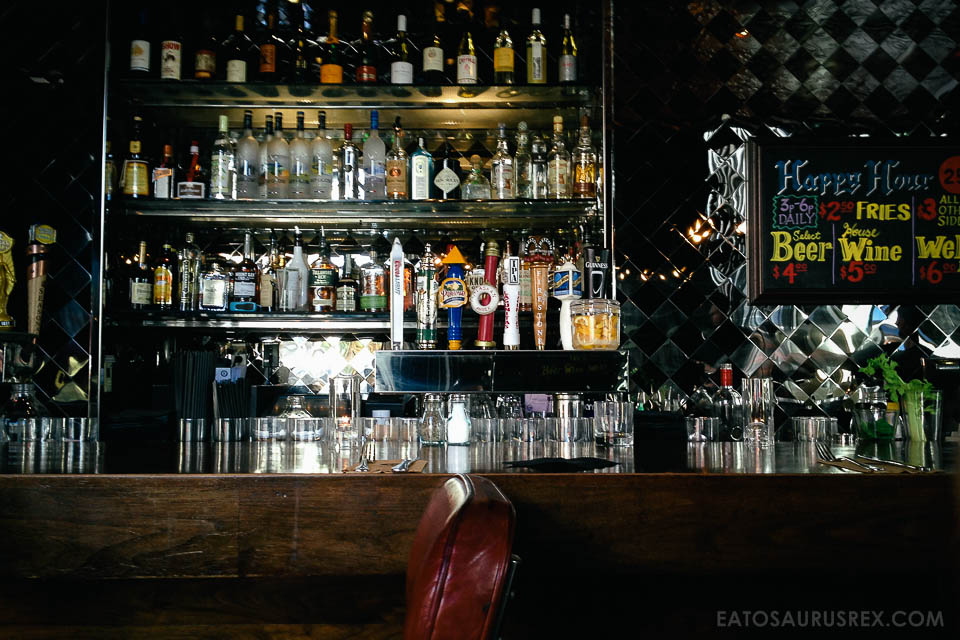 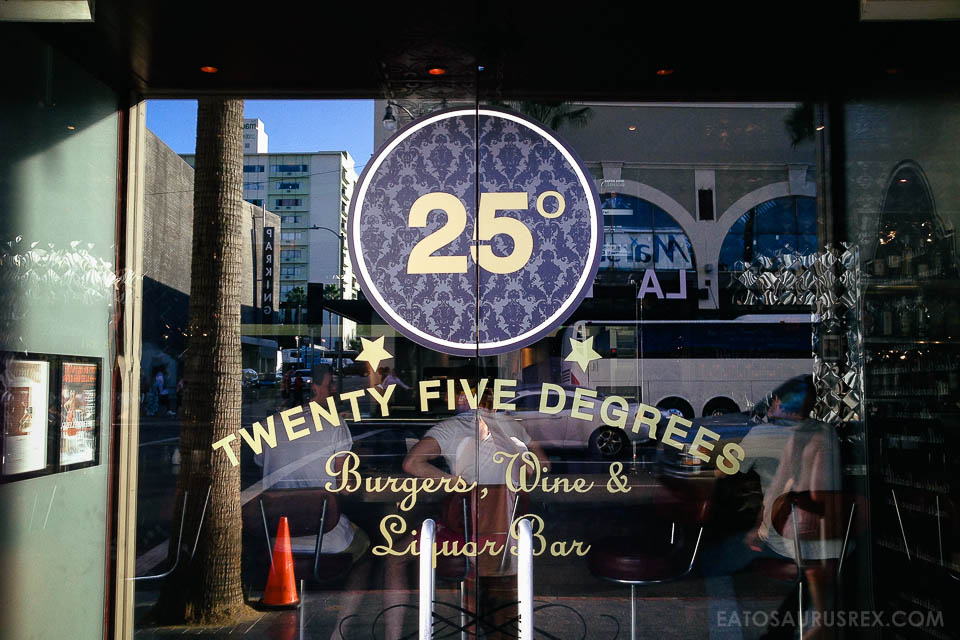