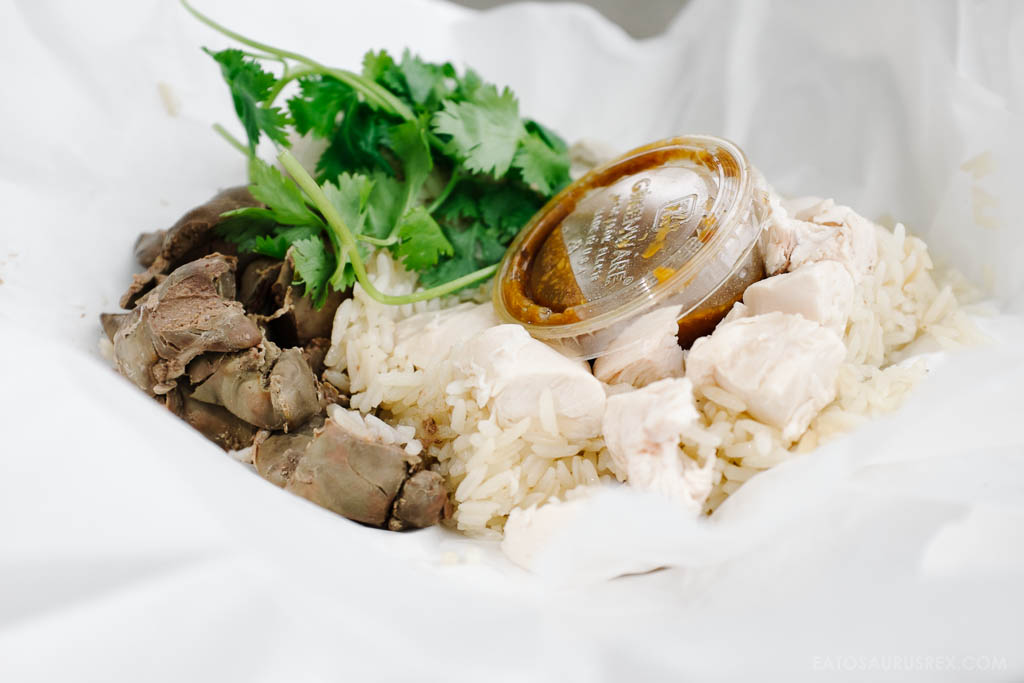 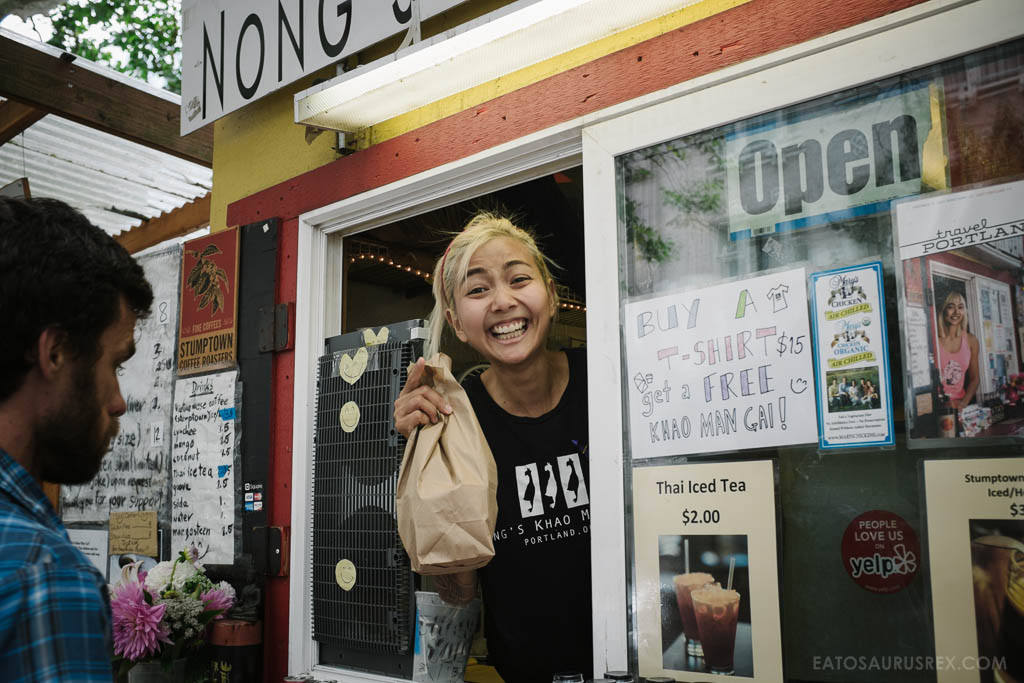 Portland is pretty well known for their food stands and the most popular one is probably Nong’s Khao Man Gai. Khao Man Gai is essentially the Thai version of Hainan chicken, and this one is made by a woman named Nong. Get it? There’s only one thing on the menu and you basically only get to choose how much chicken you want and what cut. Being a fool, I didn’t specify the cut and apparently Nong defaults to white meat which is a bizarre and horrible choice because everybody knows dark meat is better than white meat. If I wanted a mouthful of dry stringy meat I would’ve just eaten some shredded cardboard. To be fair, it was still pretty good despite being white meat, but I’ll definitely have to come back for the dark meat. The one thing I will say about Nong’s Khao Man Gai is that her sauce is amazing. She mixes in some hot sauce with her ginger sauce and the result is probably the best Hainan chicken sauce I’ve had in the States. Also, Nong herself is the happiest, friendliest woman on the planet (she’s the woman pictured above). Even if the chicken was terrible and a live rat crawled out of my rice, I’d still recommend this place because of Nong alone. 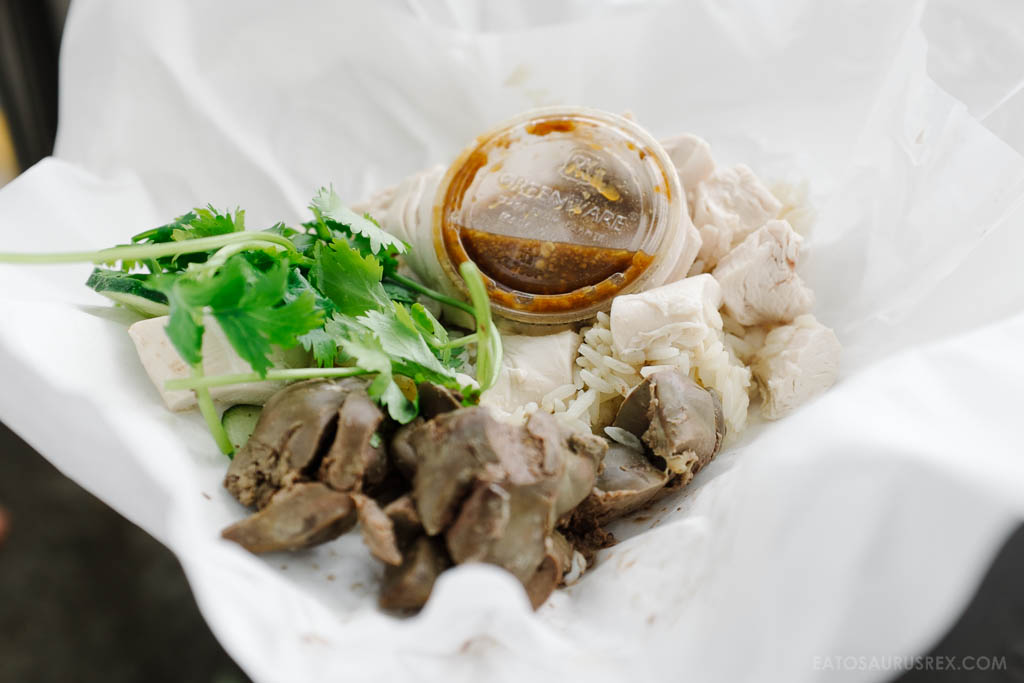 $8 Khao Man Gai
The Khao Man Gai comes served in wrapped butcher paper. There’s no bowl and no plate, so get ready to try and eat out of your cupped hand. If you’re feeling particularly manly, just toss the plasticware and dive in face first. There’s something oddly satisfying about literally pushing food into your face with your bare hands. Make some snarling noises as you do it and you’ll be surprised at how much space people give you to eat. 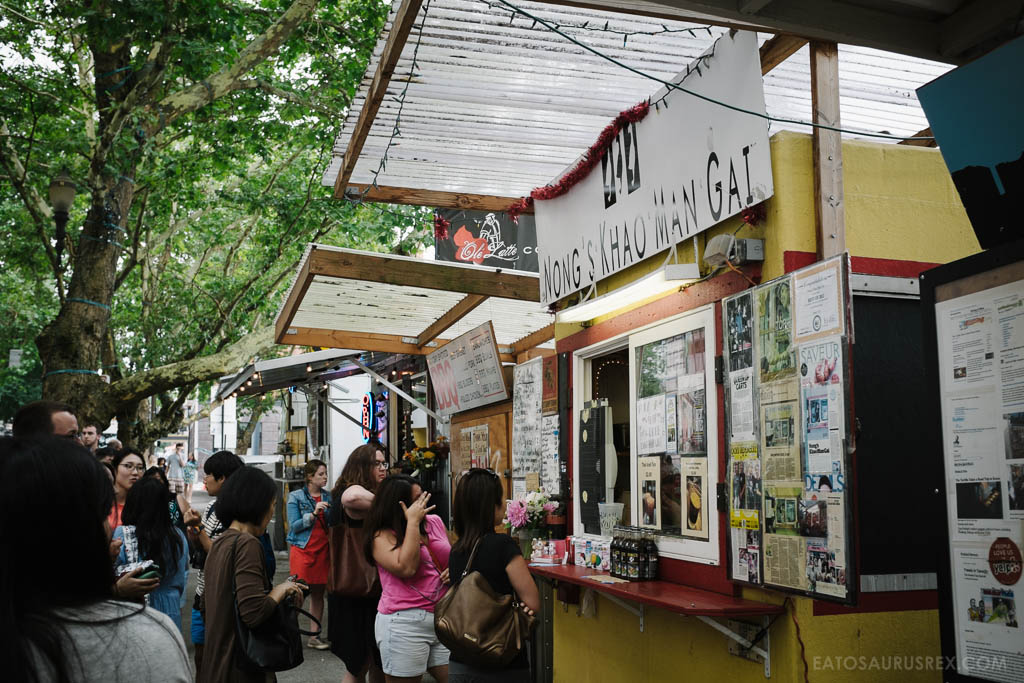 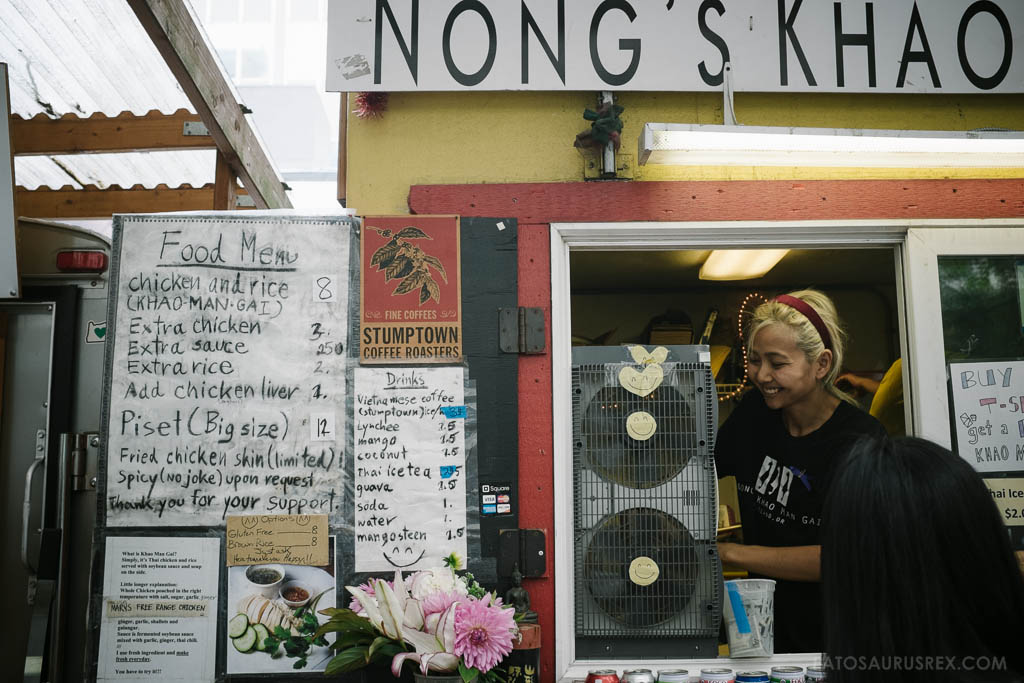 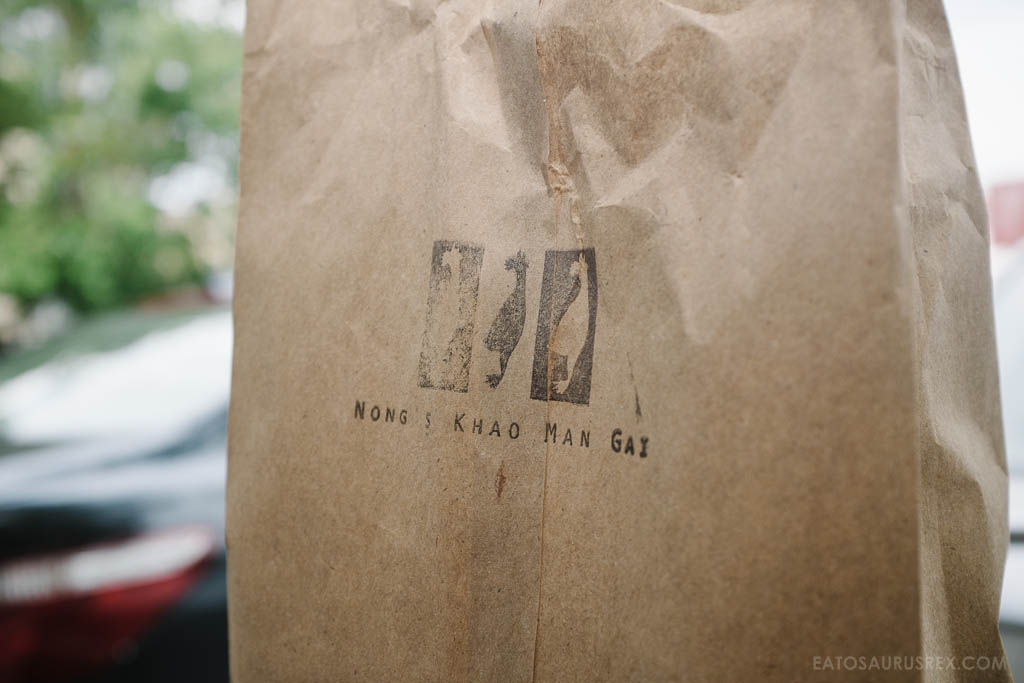