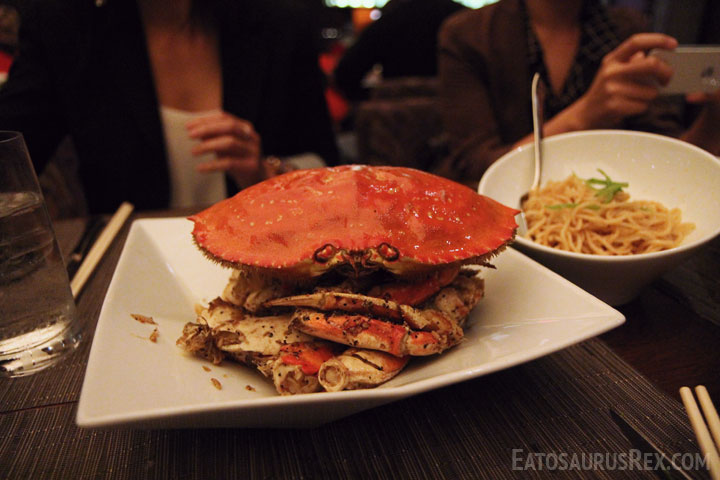 Located inside South Coast Plaza right next to Bloomingdale’s, AnQi Gourmet Bistro by Crustacean (yes that’s the full name), from the House of An restaurant group, features Euro-Vietnamese fusion cuisine along with a bit of molecular gastronomy. On Tuesdays, Chef Helene An brings down a bunch of crabs from Crustacean in Beverly Hills and prepares them in The Secret Kitchen, which is a concealed kitchen within the main kitchen that only the An family and chefs with over 10 years of employment with the Ans have access to. The result is “An’s famous roasted crab” (which they serve with a side of “An’s famous garlic noodles”) and usually sells out so you actually have to reserve your crab ahead of time. Our expectations were set pretty high, so anything less than the best crab in Orange County would’ve been a disappointment. The result: beats me. I’ve definitely had better crab in Orange County, I just can’t name a place off the top of my head. I suspect because I was dropped a lot as a child. 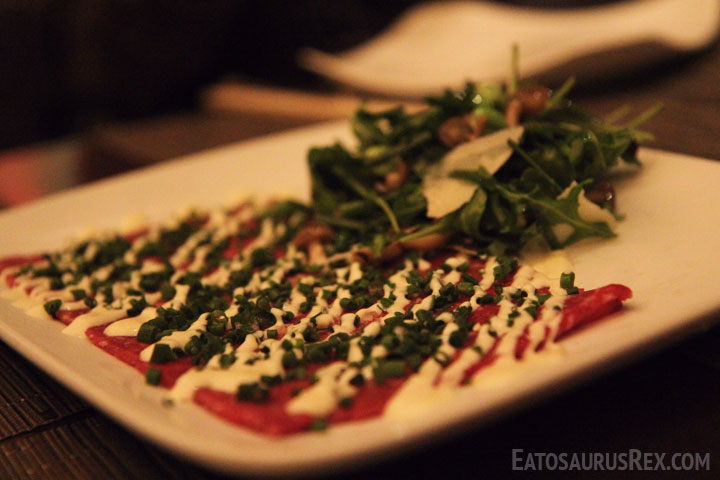 American Raised “Wagyu” Beef Carpaccio (yuzu-truffle aioli, edamame, honshimeji mushrooms, wild arugula, pecorino romano) – The waiter recommended mixing the whole thing up and turning it into a mixed, raw meat salad. We did. And it was good. 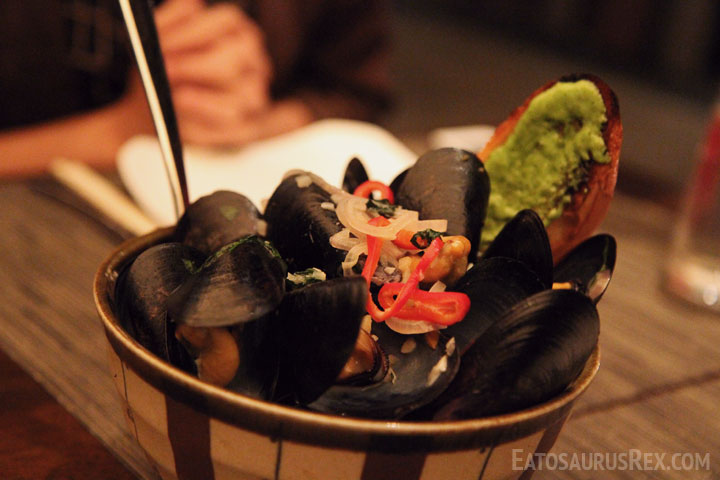 Steamed Black Mussels (shallots, red chili, cilantro, vietnamese baguette, kaffir lime leaf & coconut broth) – Kind of wish they provided more baguette slices to soak up the broth. It was good (very Southeast Asian tasting), but we didn’t want to look like weirdos and start drinking it like a soup. All that wasted broth. The sadness. The sadness! 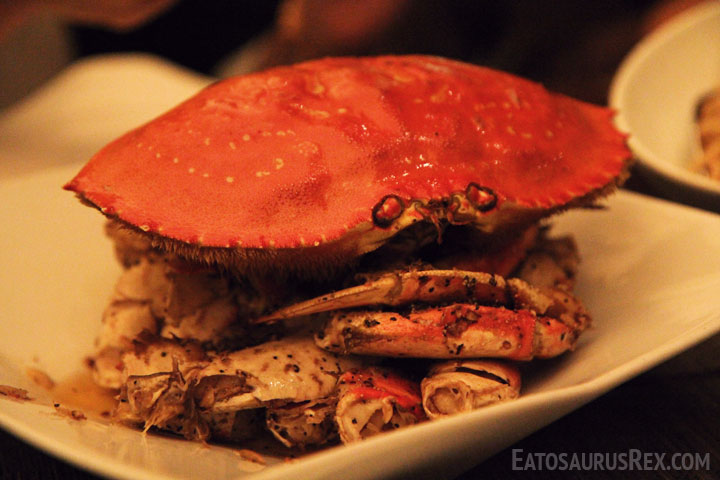 An’s Famous Roasted Crab – We split two crabs between four people and it was plenty when supplemented with appetizers and desserts. For an extra $5 you can have the crab served with the shell removed, but they recommend leaving the shell on to hold in the juices. The flavor was good (slightly different than your average Asian garlic crab preparation), but even in the shell, the crab was kind of dry. Surprisingly dry actually. Tasty, but calling it famous seems like a bit of a stretch. 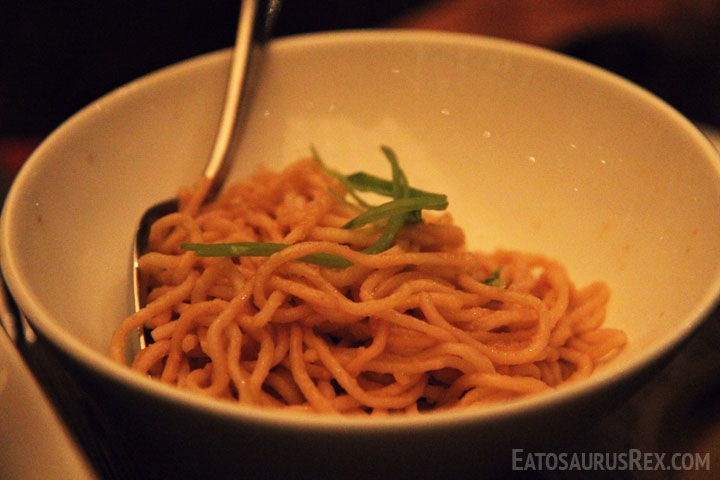 An’s Famous Garlic Noodles – This dish definitely tastes better than it looks (because it looks like a bowl of bland flavorless noodles) but it’s also a bit dry. I like noodles as much as the next guy, but this is essentially a big bowl of noodles so it would’ve helped if they added some other stuff to, ya know, break up the noodleness. Like the crab, it’s tasty, but calling it famous seems like a bit of a stretch. 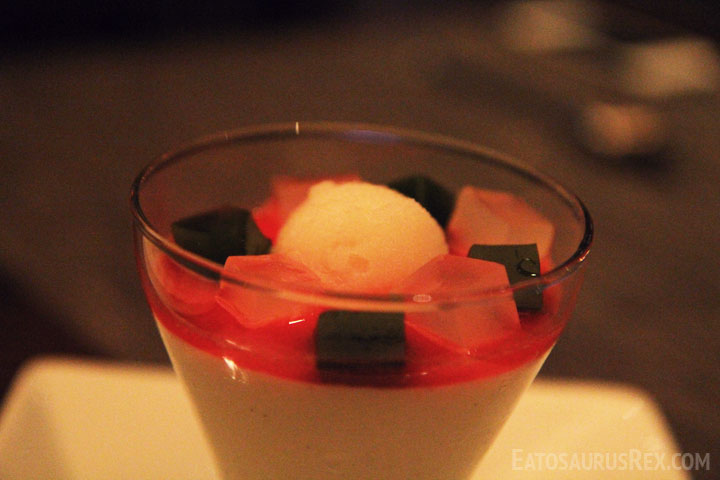 Lychee Panna Cotta (raspberry-rosewater coulis, thai basil jelly) – Not too sweet, which makes this a winner. It also helps that it tastes delicious. I could eat this after every meal and I’d be happy. 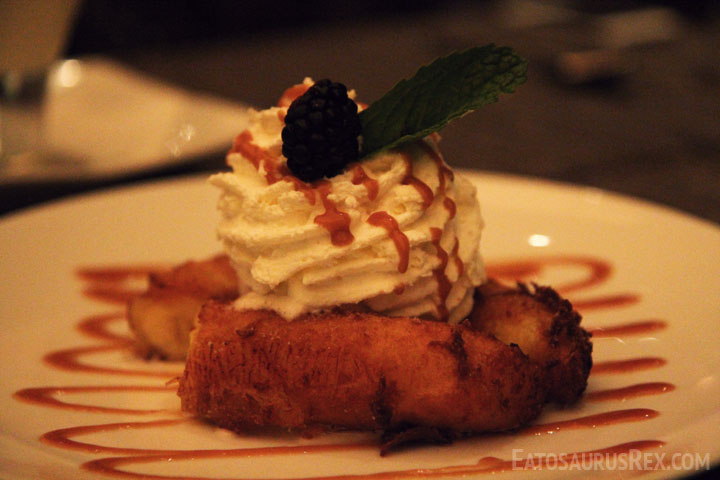 Vietnamese Banana Fritter (banana caramel, vanilla bean ice cream) – I’m not entirely sure what a banana fritter is, but this seems like a fairly standard one of those. It was good, but if you’ve gotta choose between this and the lychee panna cotta, get the panna cotta. 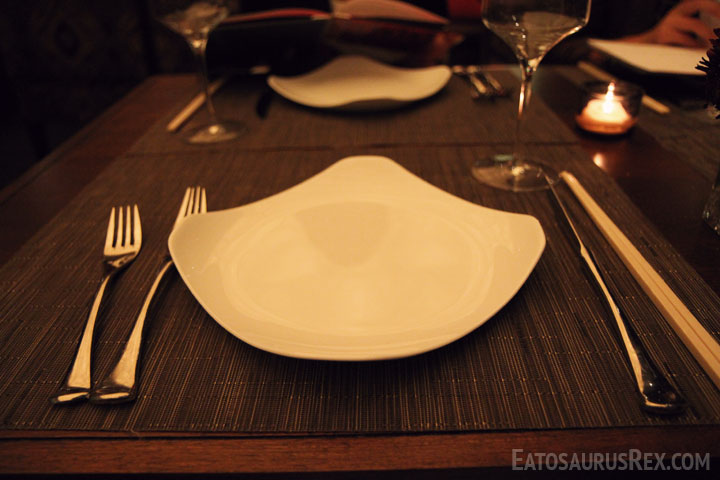 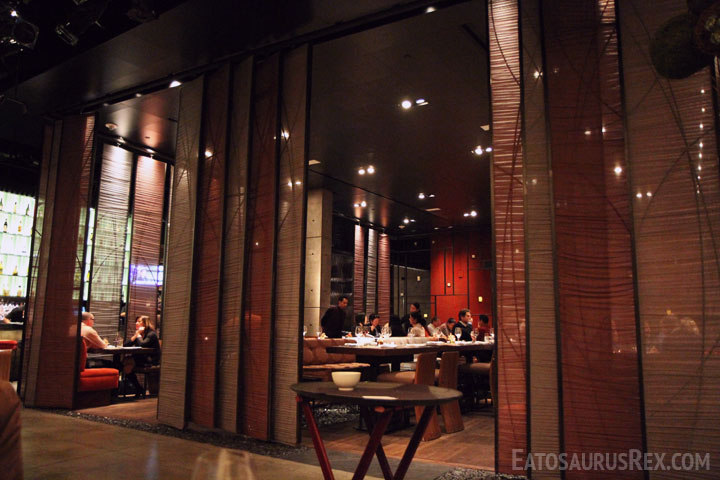 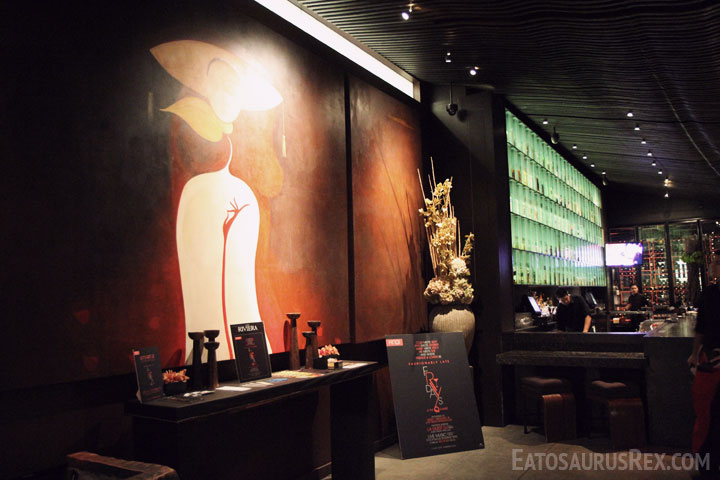 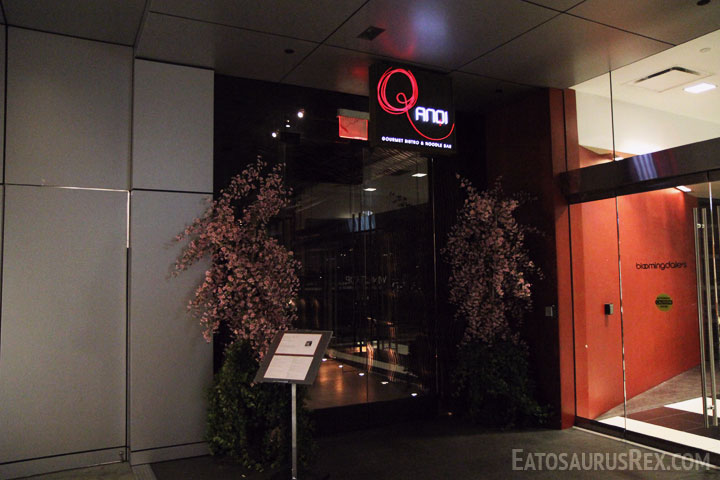