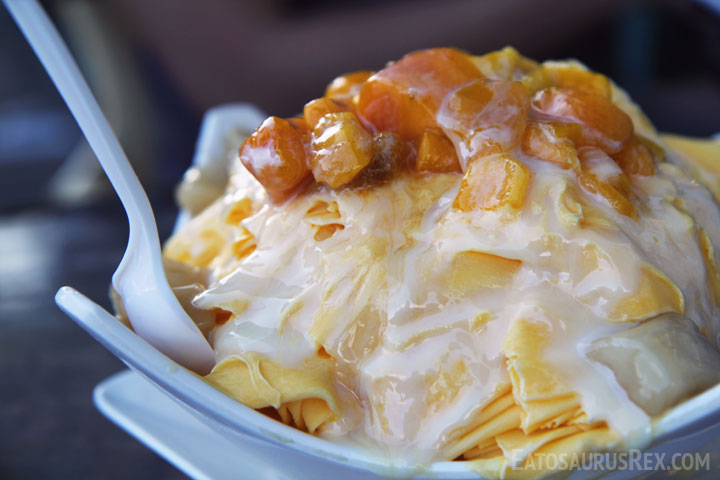 Class 302 is a Taiwanese restaurant in Rowland Heights and if you’re a fan of shaved ice and have never been, just stop reading right now and go. Unless it’s, like, 3am or something. Or you don’t live in Southern California. Or, I dunno, you have diabetes? Okay forget it, don’t go. The point is, Class 302 probably has the best damn shaved snow in America. You’ll notice I referred to it as shaved snow and not shaved ice and that’s because their secret (which isn’t much of a secret) is that they actually make their snow with frozen milk instead of frozen water. And instead of shaving it into, uh, shavings, they shave it into these super creamy slivers of deliciousness. They’ve got a few different flavors including mango and green tea, and they top it off with fruit or mochi or a bunch of other delicious things you can choose from. I don’t want to hype it up too much, but if you’ve only had shaved ice, their shaved snow will give you a mouth orgasm. It’s like being fed McDonald’s hamburger patties your entire life and then being presented with a perfectly cooked cut of Wagyu steak.

Oh, and their other food is pretty damn good too. 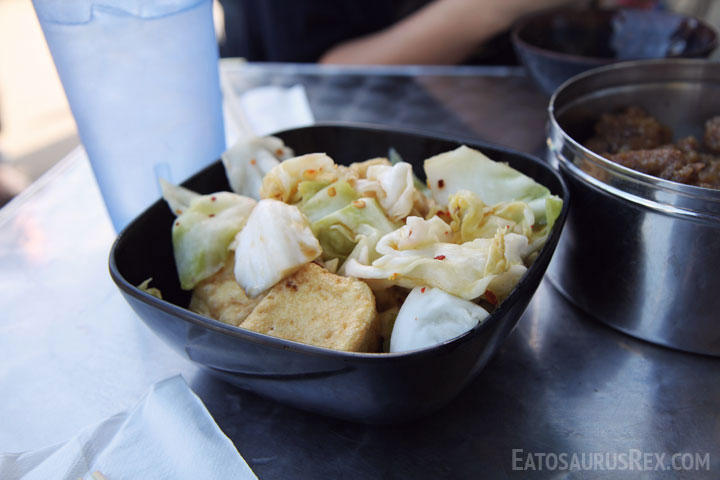 Stinky Tofu – Not as strong and stinky as other places, but that could be a good thing depending on your tolerance for this kind of thing. 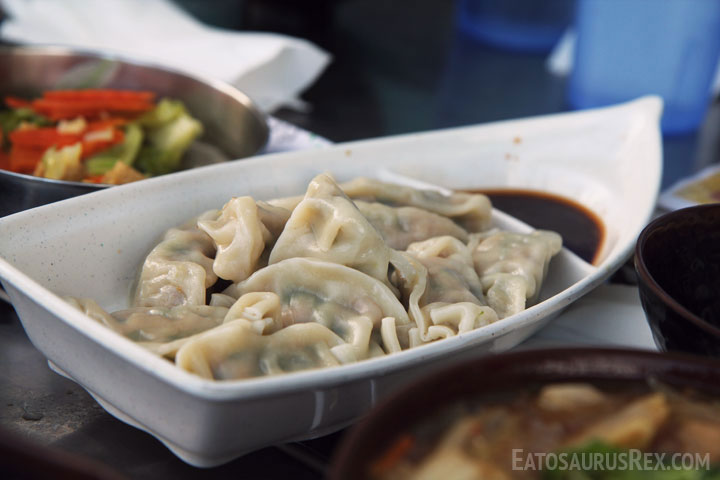 Pork Dumplings – I don’t know how to describe it, but their pork dumplings just taste right. The texture of the skin and the meat, as well as the crazy delicious dipping sauce (it’s not soy sauce) just…work. 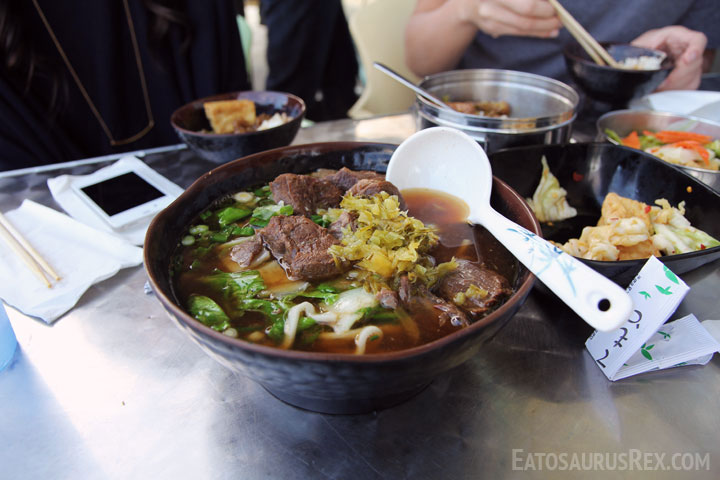 Beef Noodle Soup – Definitely not the best beef noodle soup out there, but it more than gets the job done. Plus the beef has a good flavor to it, even if it isn’t the tenderest thing out there. 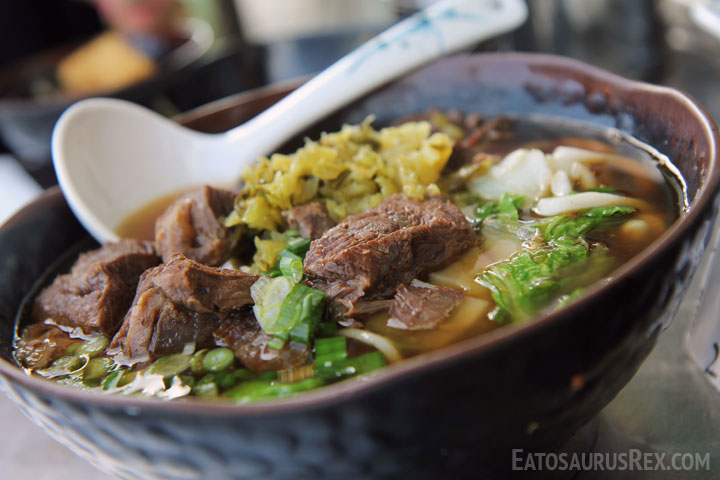 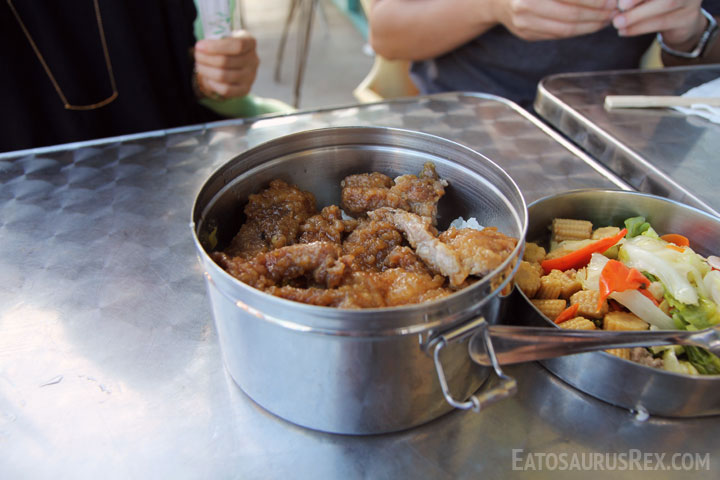 Railroad-Style Pork Chop Rice – I believe it’s called railroad-style pork chop rice because the metal container it’s served in goes back to the type of food you would order on railroads. The pork chop rice comes stacked with the vegetable dish pictured below and is downright tasty. 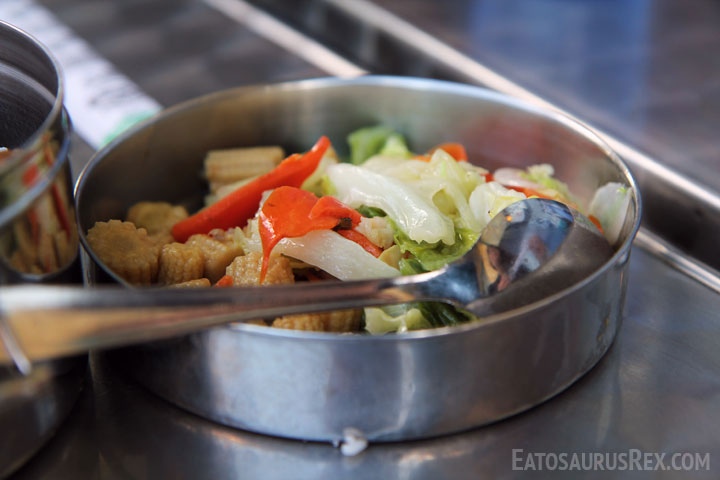 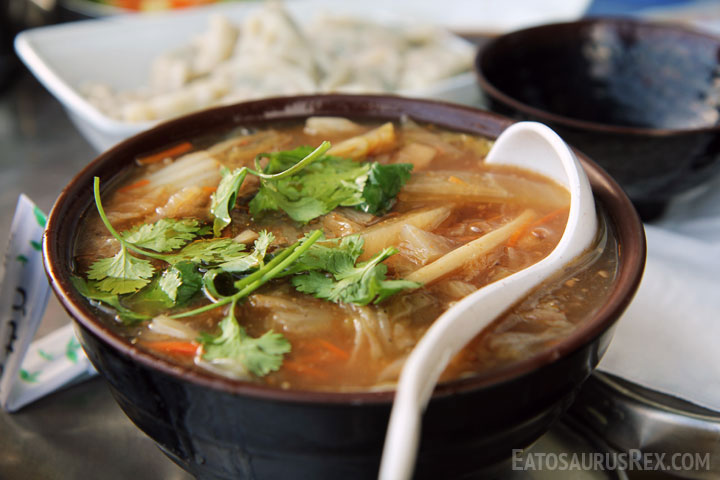 Taiwanese Meatball Rice Noodle Soup – I don’t know what the official name for this dish is, but I can’t imagine this is right at all. I don’t really know how to describe it either. It’s sort of like a vegetable stew with rice noodles, giving it this almost slimy booger-like texture. Okay, wait, I’m not describing it right. The point is, it’s good. Trust me. 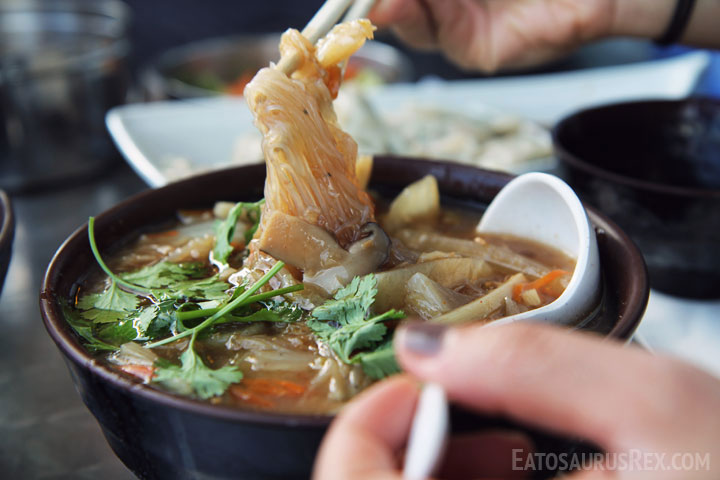 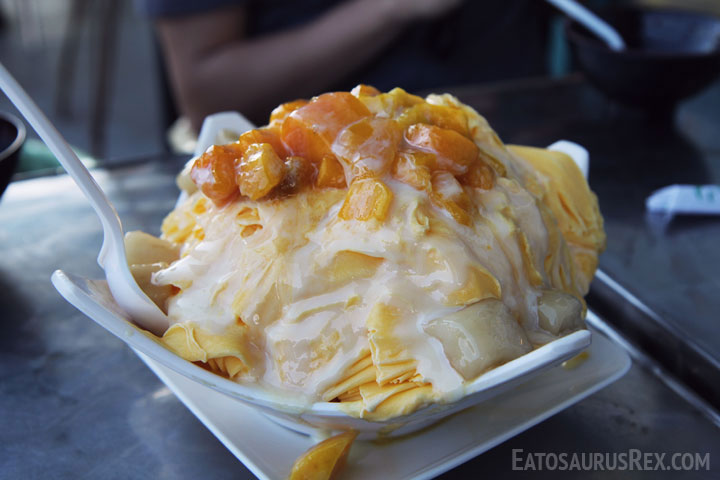 Mango Shaved Snow with Mango and Mochi – This is it, baby. The good stuff. No matter what you order here, make sure you save room for the shaved snow. And if you didn’t save room, make room. Take a dump, stick some fingers down your throat, I don’t care. Just make sure you don’t leave Class 302 without trying their shaved snow. 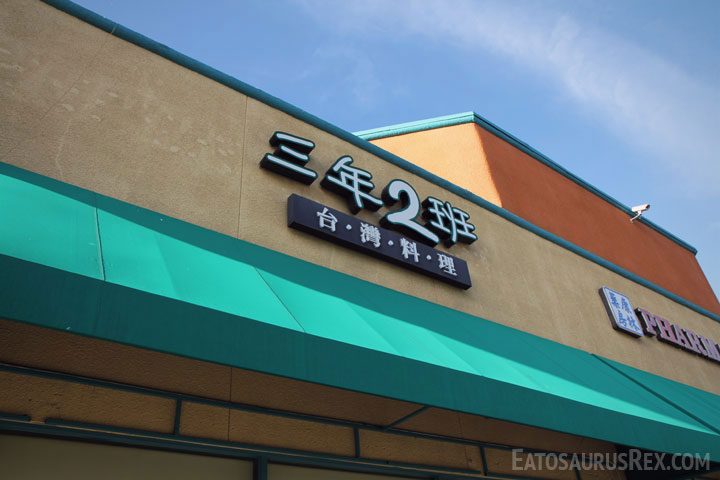