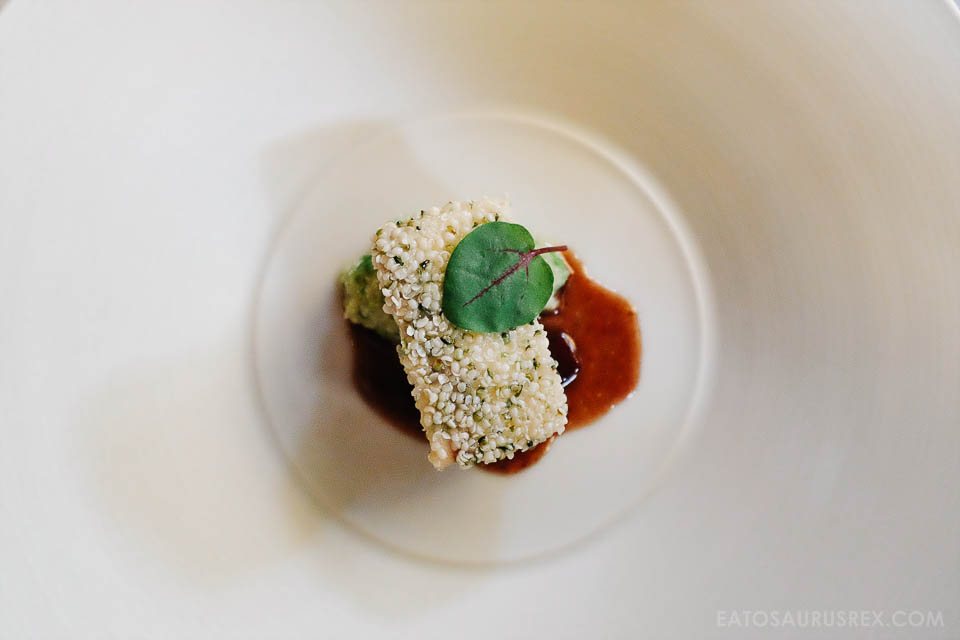 I recently found out that Hatfield’s in Los Angeles had closed down, so I figured I’d stop procrastinating and get my (now posthumous) review from 2014 up. Located on Melrose down the street from the Mozza restaurants, Hatfield’s had been a staple of the Los Angeles fine dining scene for 8 years, earning a Michelin star and a bunch of other awards. The mean thing to do would be to rant and rave about how amazing Hatfield’s was, knowing you’ll never be able to experience the top notch service, the unpretentious atmosphere, and the exquisite cuisine. Well, I’m going to do just that. Not because I’m cruel, but because it’s true. And also because I’m cruel. Did I mention they gave every patron a free massage as well as a bag of rare gold coins? You really should go. Oh wait, that’s right, you can’t.

Hatfield’s really was one of my favorite restaurants in Los Angeles though. Providence might reach higher highs, but the overall dining experience at Hatfield’s was more accessible, and it was easier to recommend because it didn’t have to be somebody’s anniversary or birthday to dine there. You could just go. Assuming, of course, that you’re rich. Plus, they created different tasting menus for men and women, so if you happened to bring a date of the opposite sex you could experience two tasting menus for the price of, uh, two tasting menus. You know what I mean. 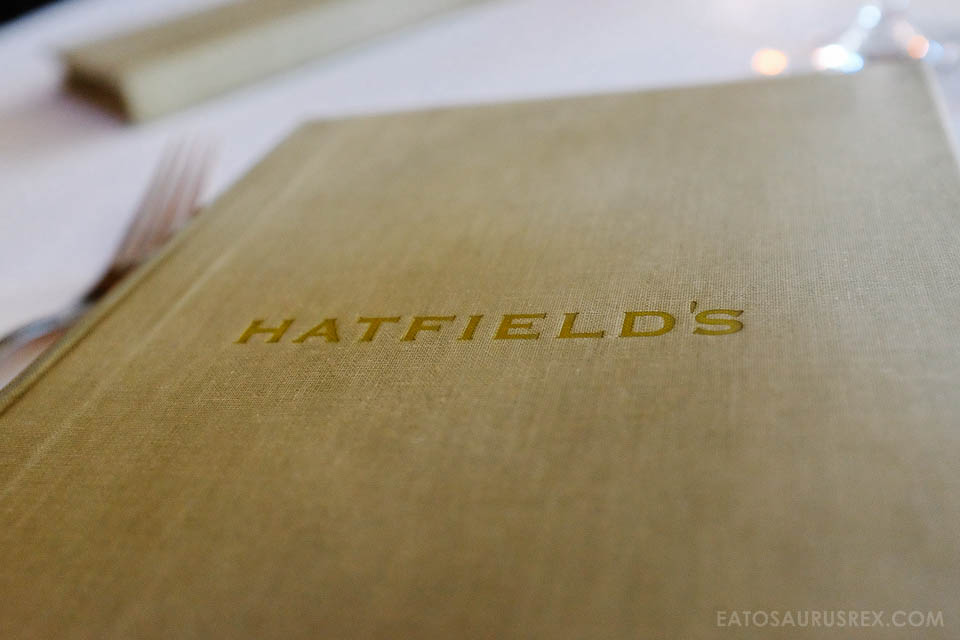 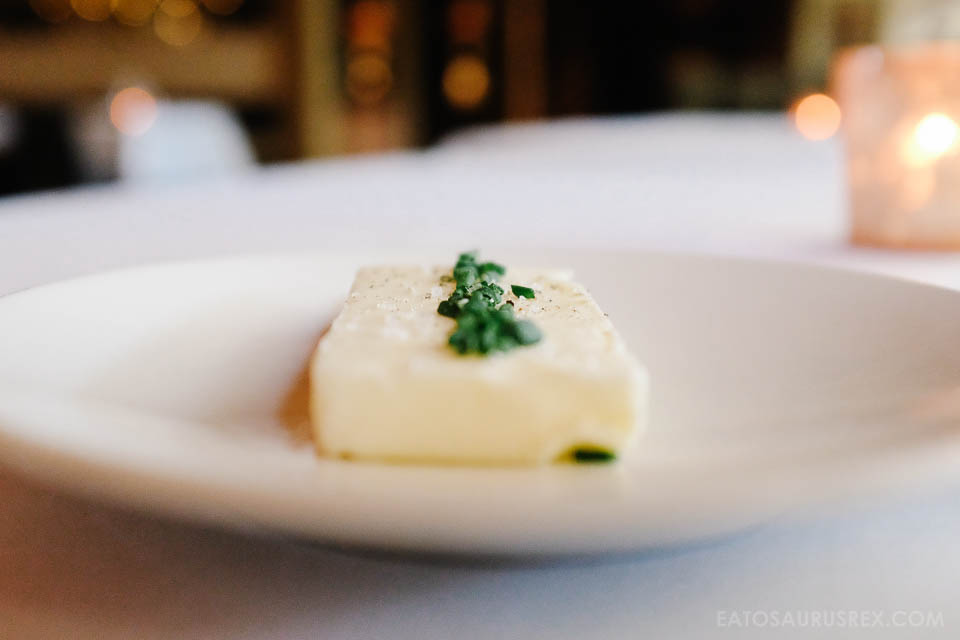 Because they serve two different tasting menus, the actual meal is only half the size of what I’m showing here. Each person gets their own separate dish for each course, so combined you’ll have two variations of fish and two variations of poultry and two variations of whatever else they decide to serve. I’m selfish so I ate my date’s food as well, but don’t worry I bought her a Filet-O-Fish afterwards. It was a Friday so they were on sale. 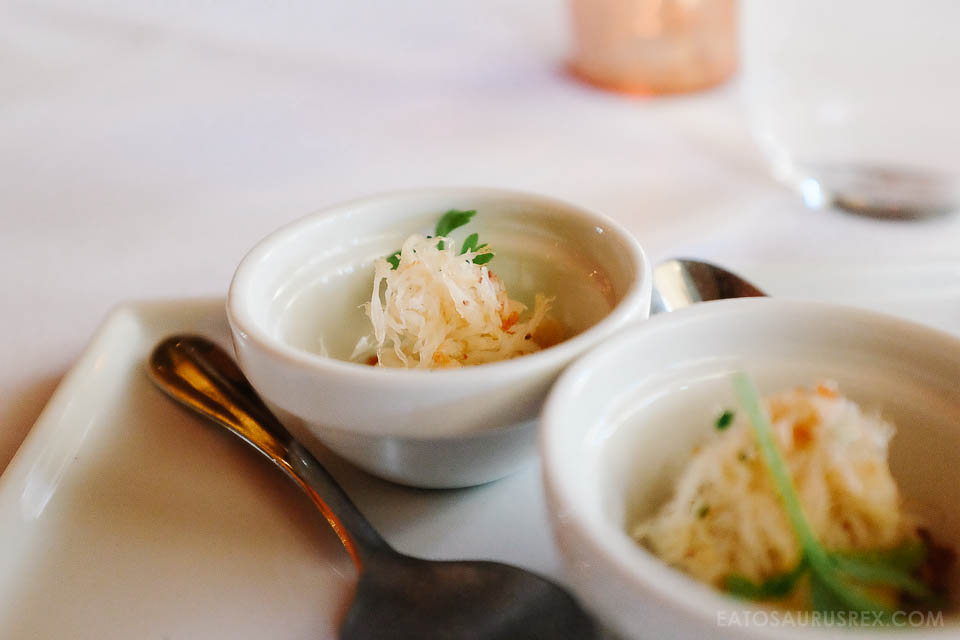 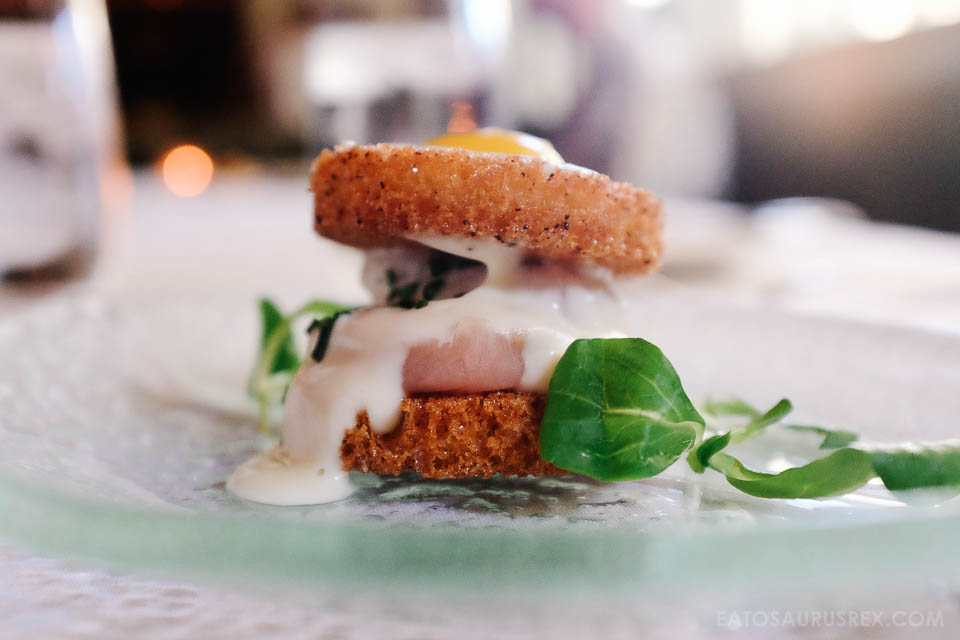 Croque Madame
This is one of their signature dishes, and if you’ve been to Hatfield’s but never had it then you might as well kill yourself. It would be like going to Roscoe’s Chicken and Waffles and not actually eating their chicken or waffles and then they go out of business and you declare, “But I tried their Diet Coke.” 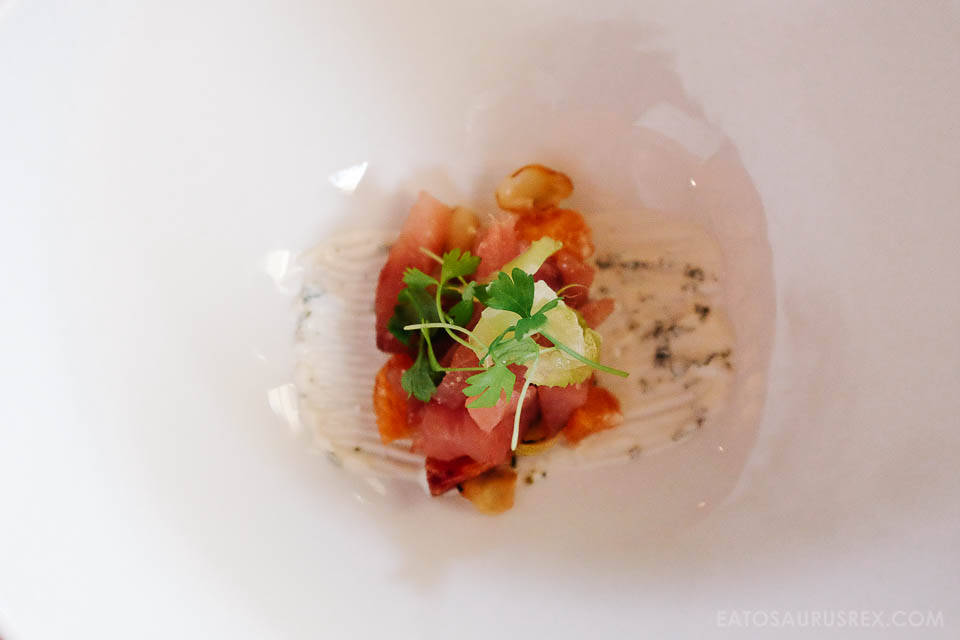 Hamachi
It’s hard to screw up raw hamachi and it’s even harder to make it stand out. Hatfield’s managed to do the latter. Wait, former? No, latter. I’m not good at grammar. Whichever one makes it mean they did a good job. That’s the one I meant. 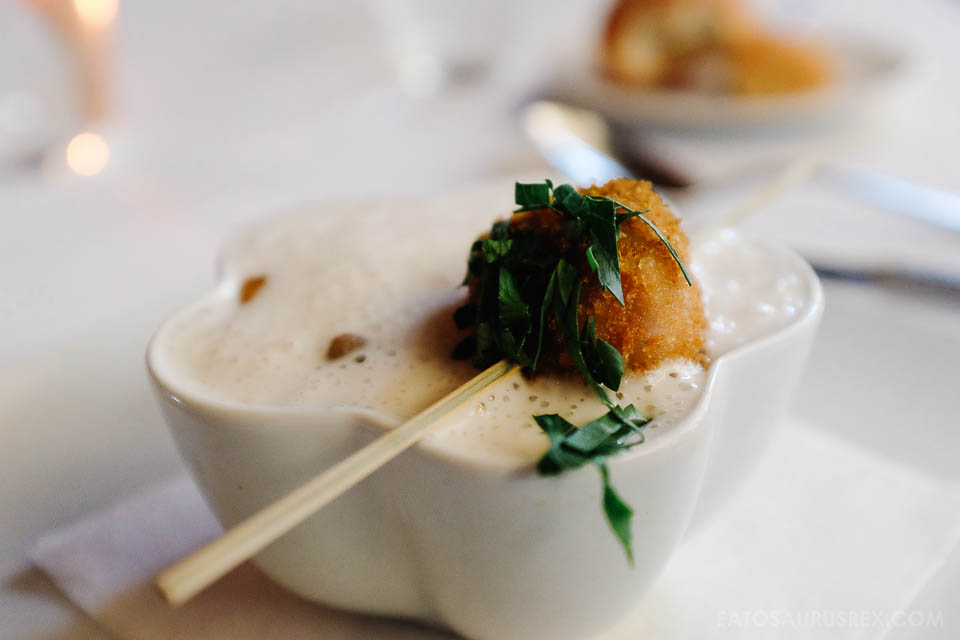 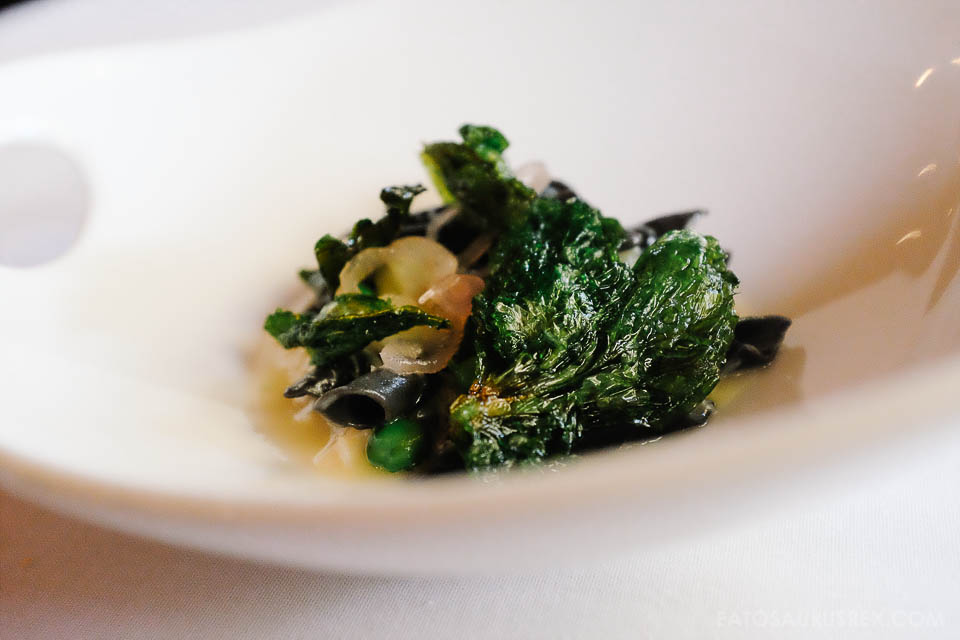 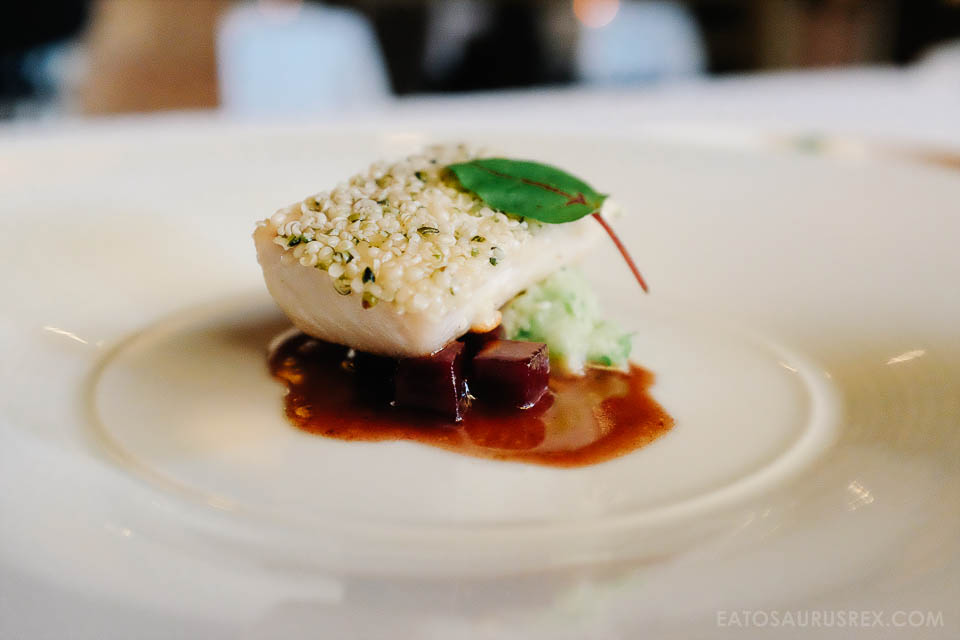 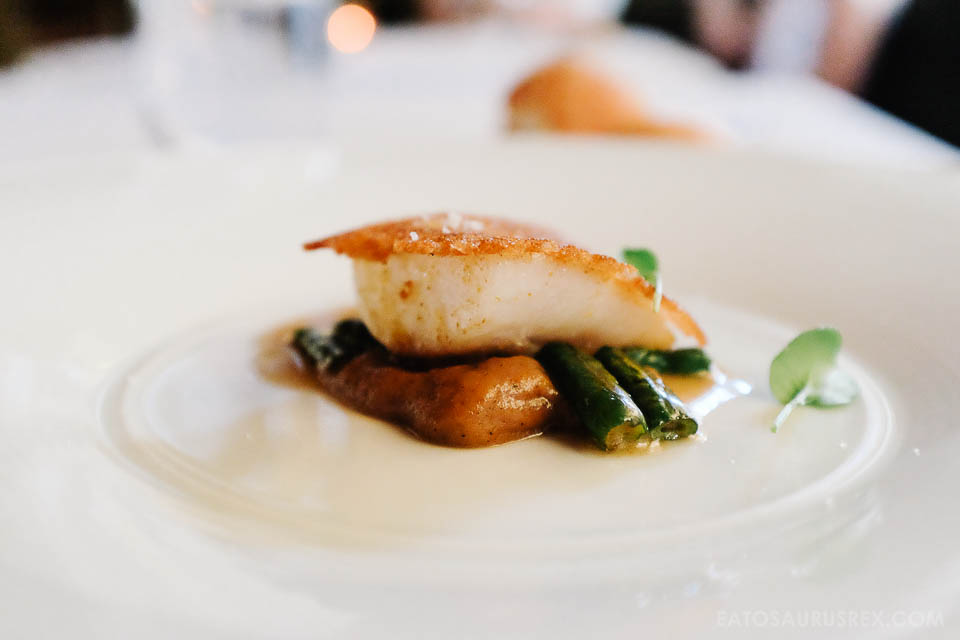 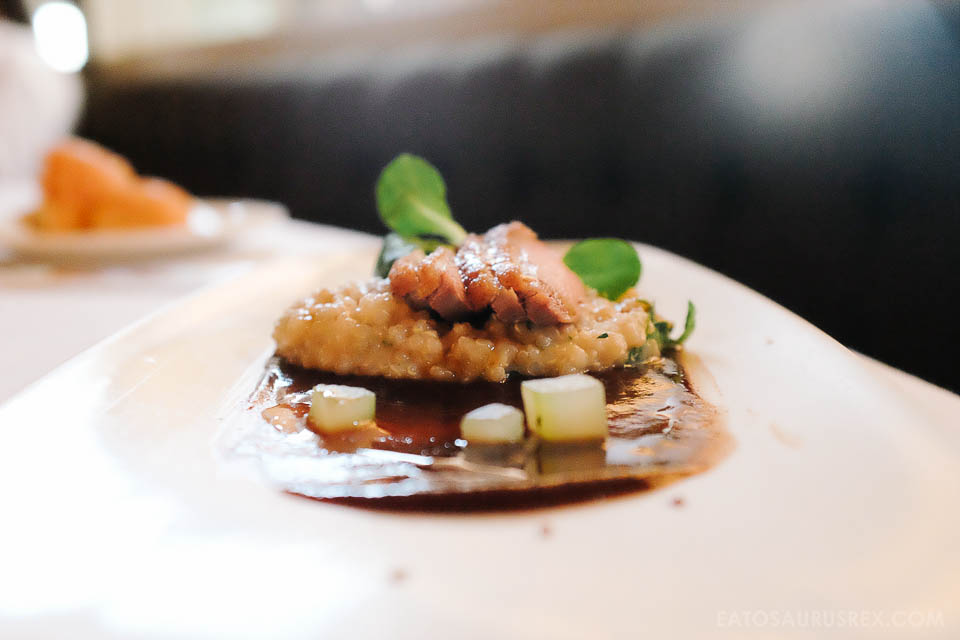 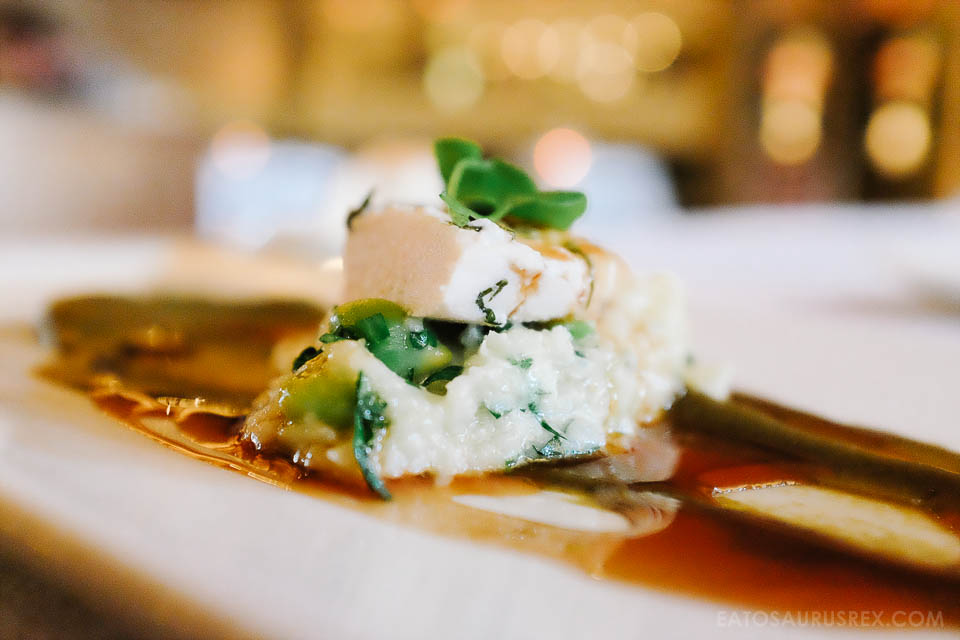 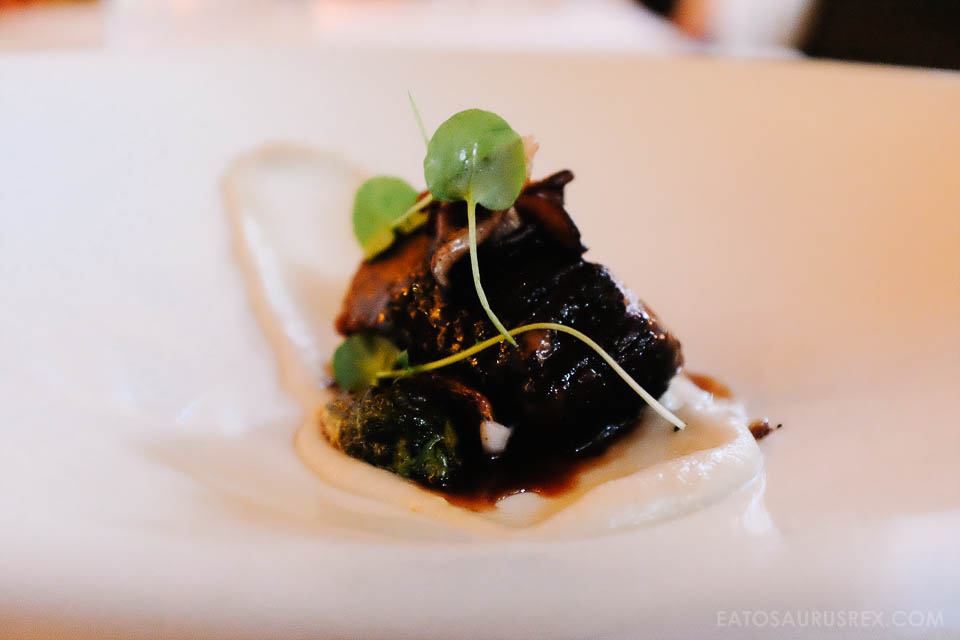 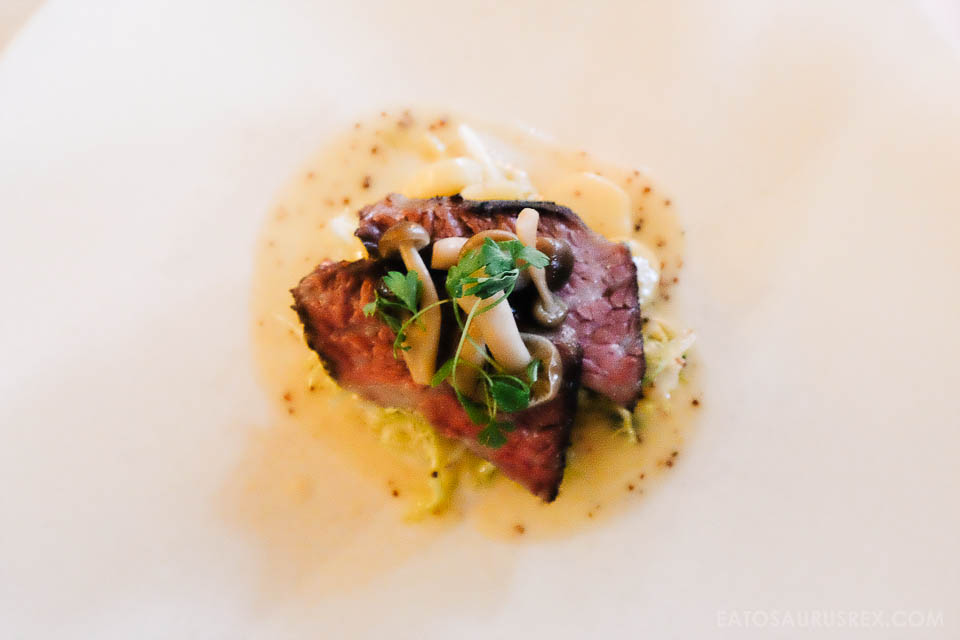 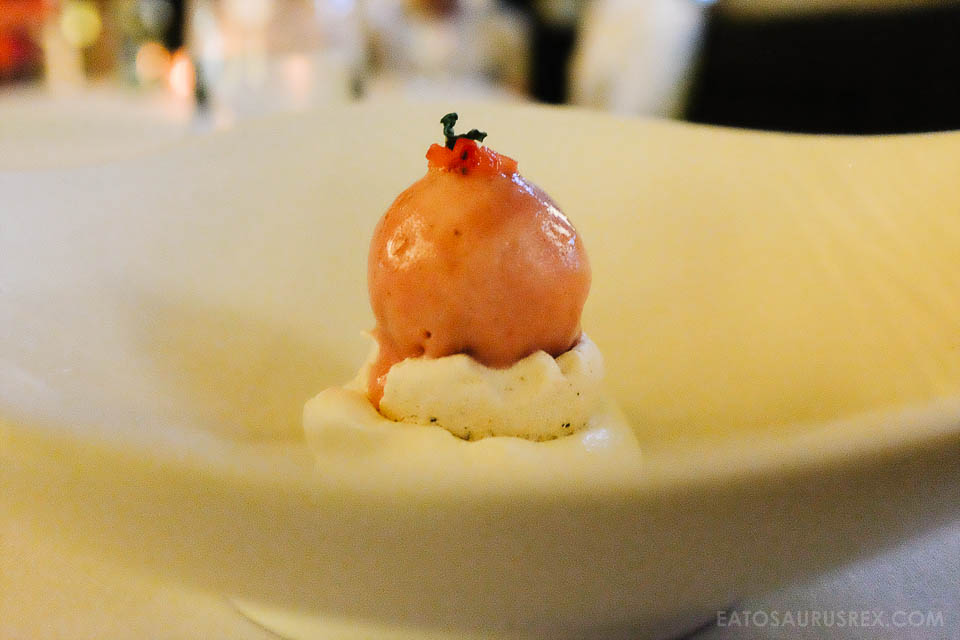 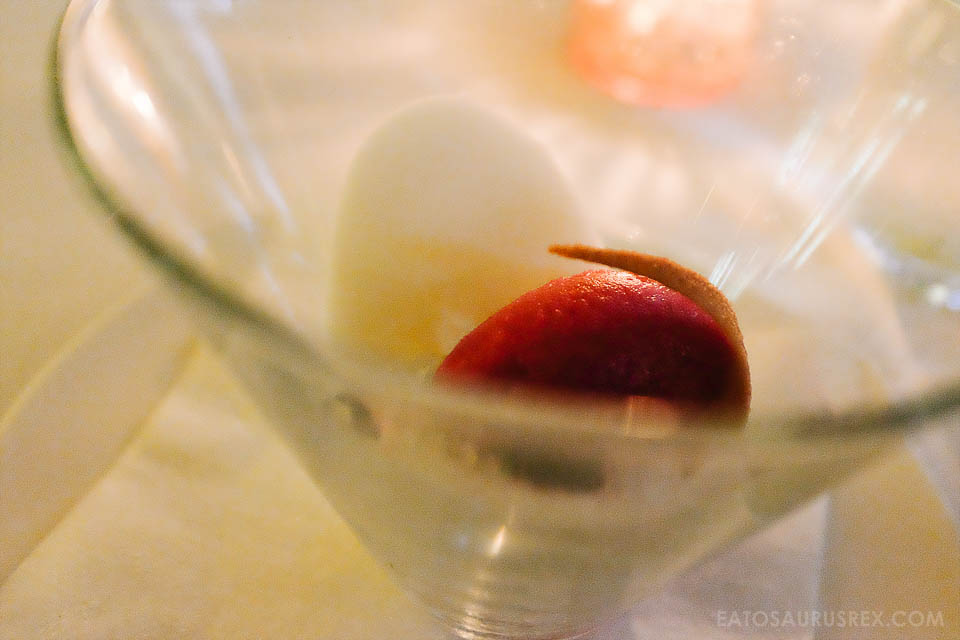 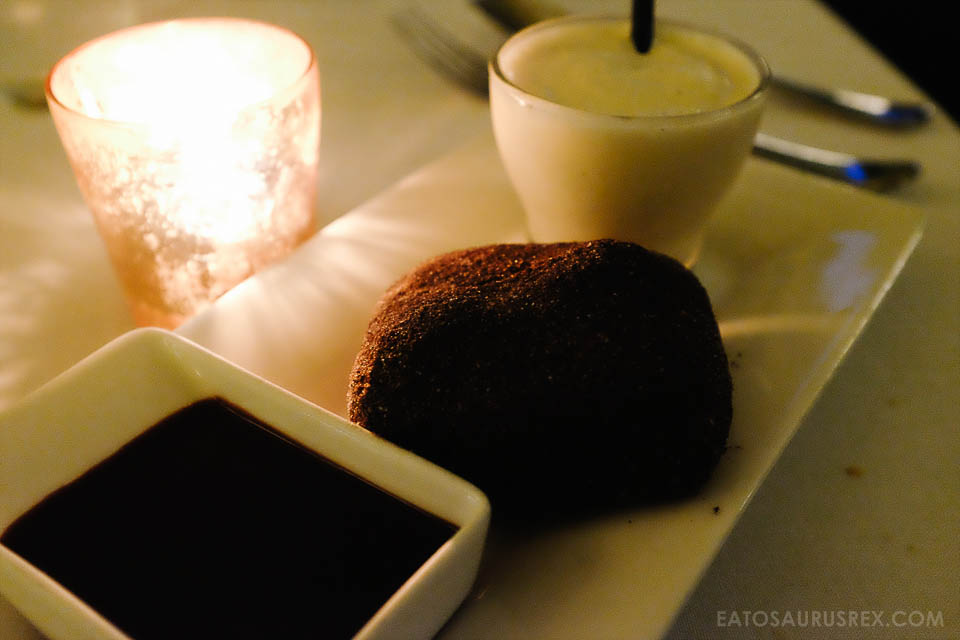 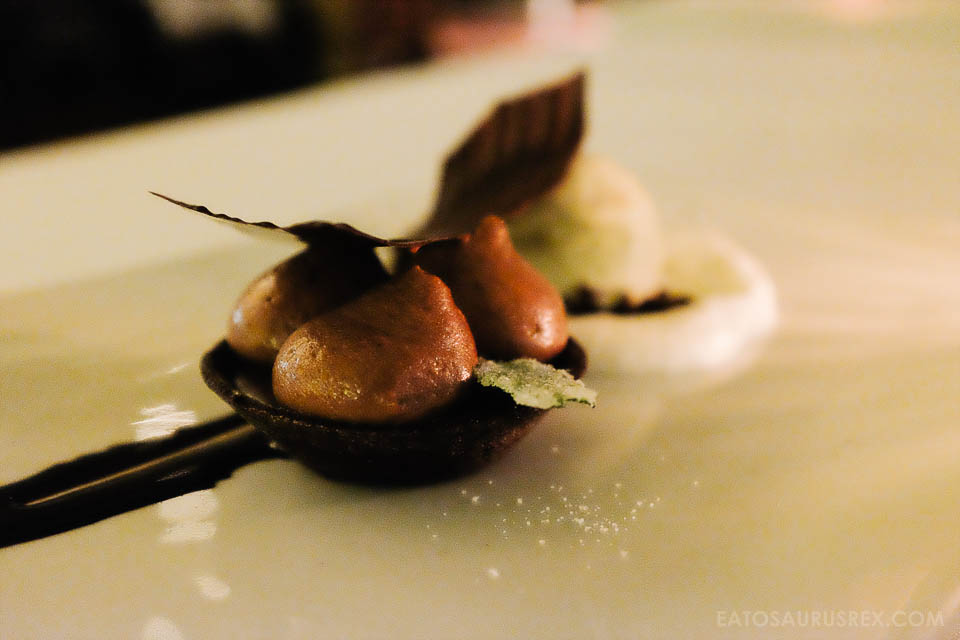 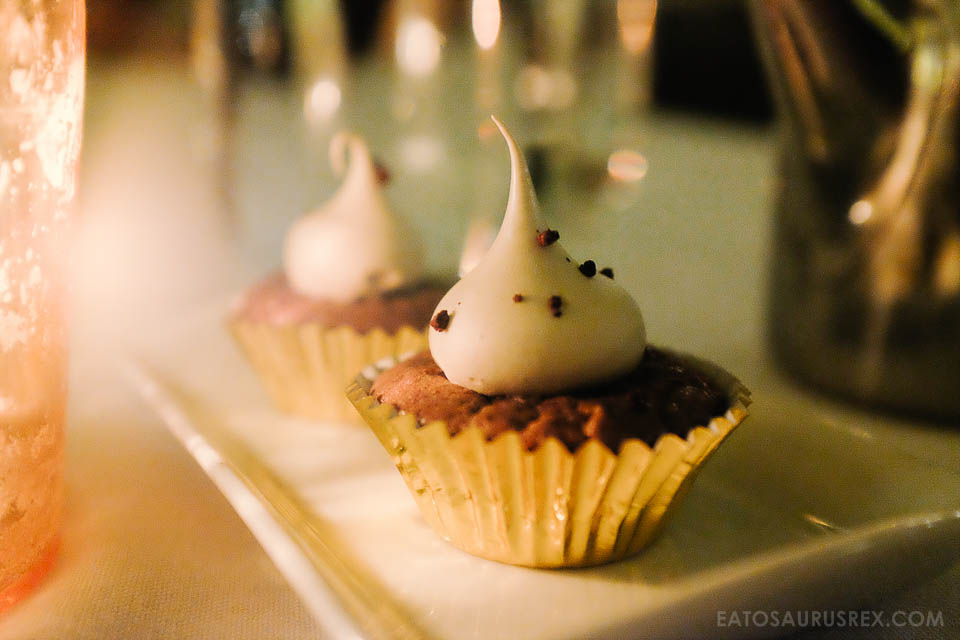 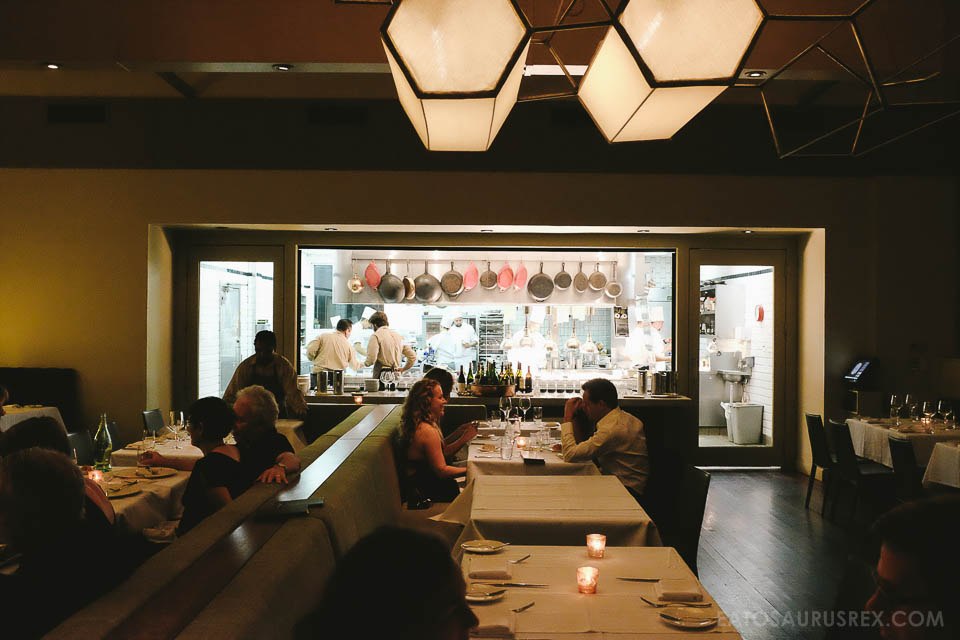 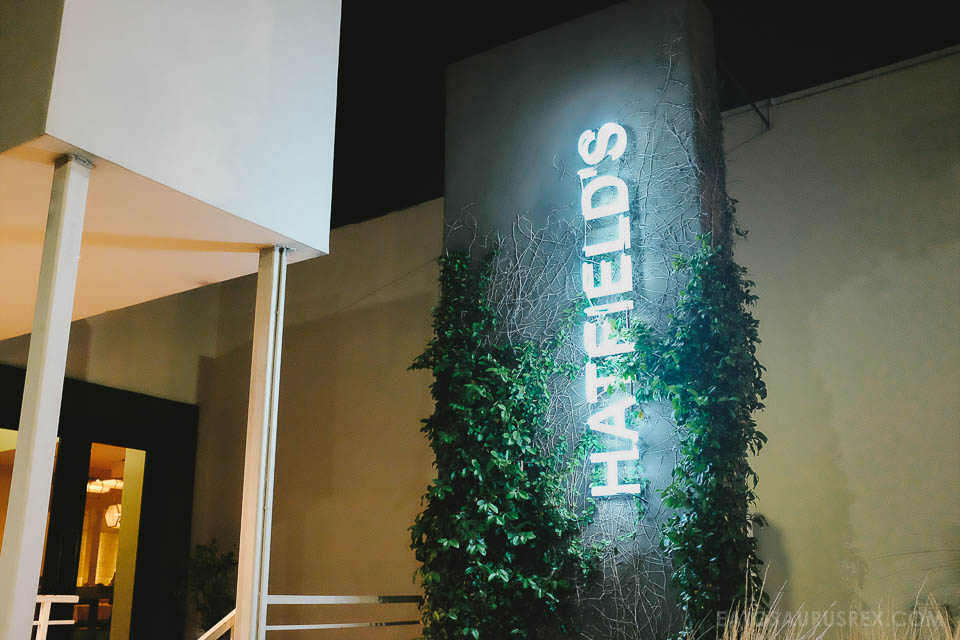 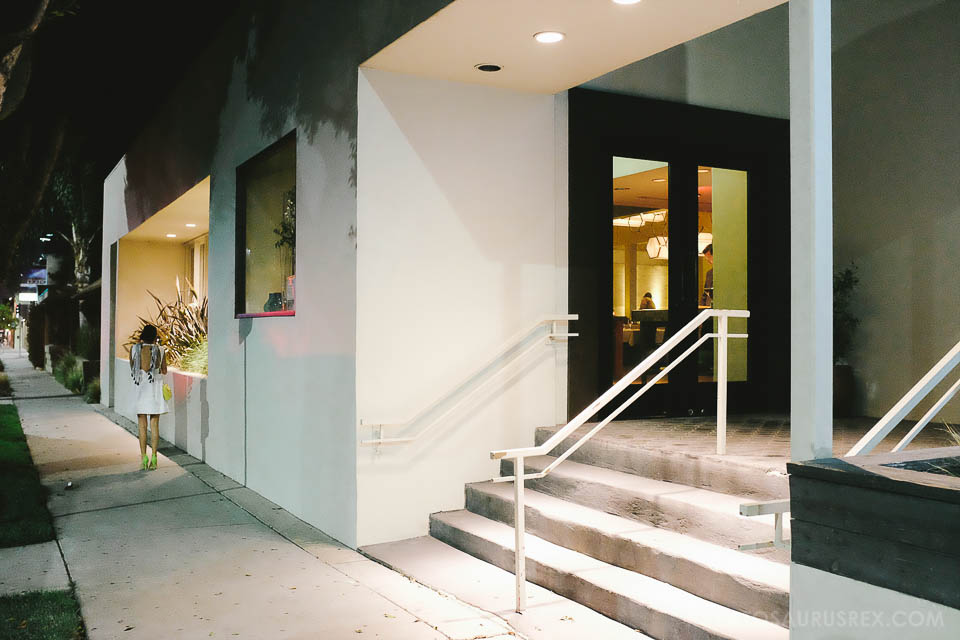