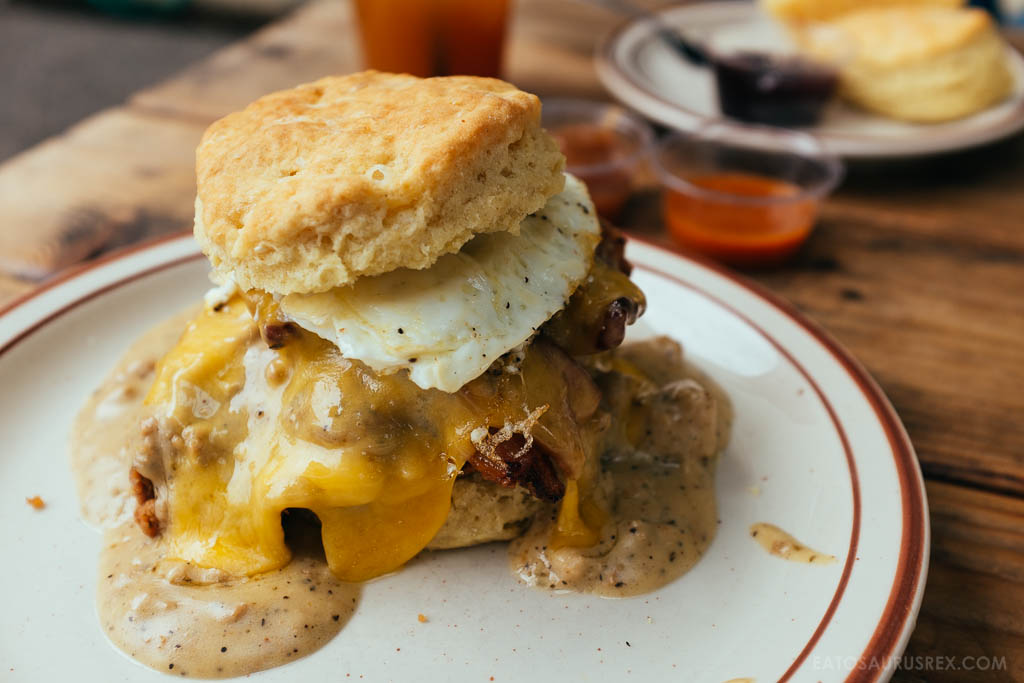 The line at Pine State Biscuits can get pretty crazy, but that’s because you’re dealing with biscuits and gravy so delicious it kicks other biscuits and gravy in the face. The food was so good I don’t even care that they forgot to bring out our food and then made up a lame excuse about it still cooking even though a bunch of people after us got their food and we saw ours sitting on the counter untouched for like 15 minutes. It was so good that even after all that it was still so good. It was so good I don’t even care that my cardiologist told me I would have a heart attack on the spot and die if I finished it. It was so good I made up a story about having a cardiologist when obviously I don’t have a cardiologist because I’m not a million years older. This is one of the few places in Portland that completely lived up to the hype, despite there being no way for you it’ll live up to this hype. Yeah, sometimes I exaggerate, but that’s only because I’m the smartest, best-looking person on the planet. 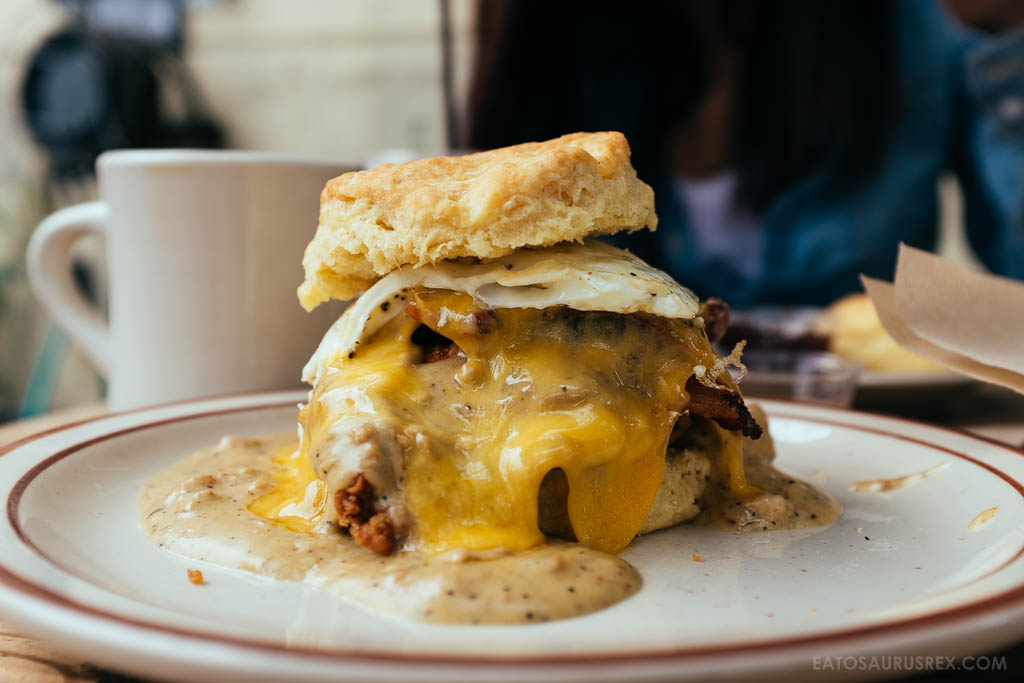 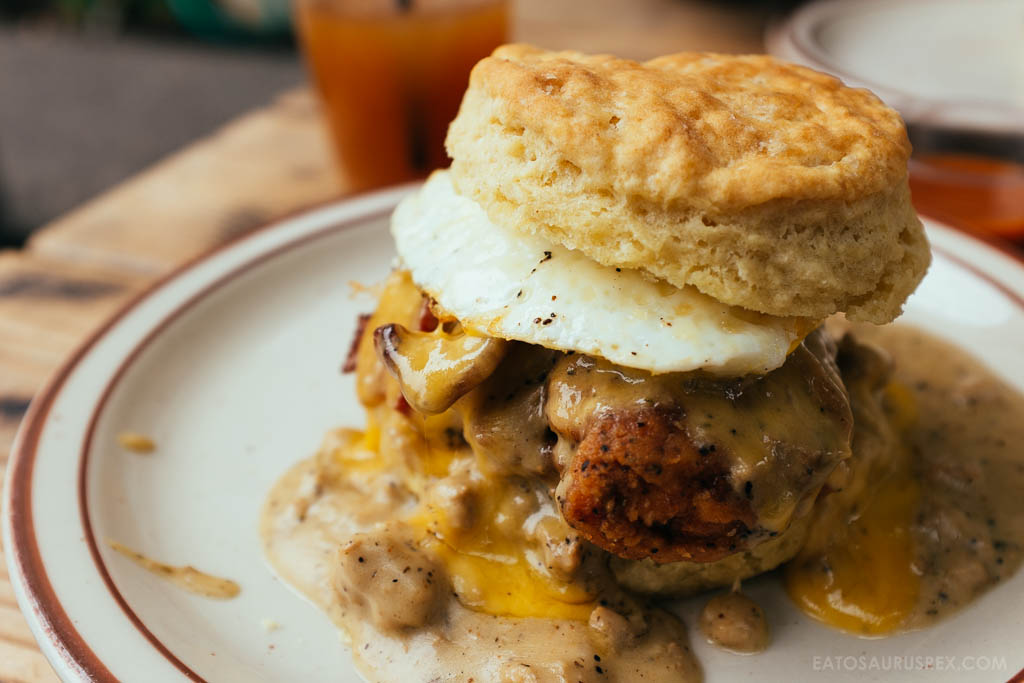 $8 The Reggie Deluxe (Fried chicken, bacon & cheese topped with gravy)
Look at this glorious thing. Just look at it! All I’m saying is I wouldn’t judge you if you had an erection right now. 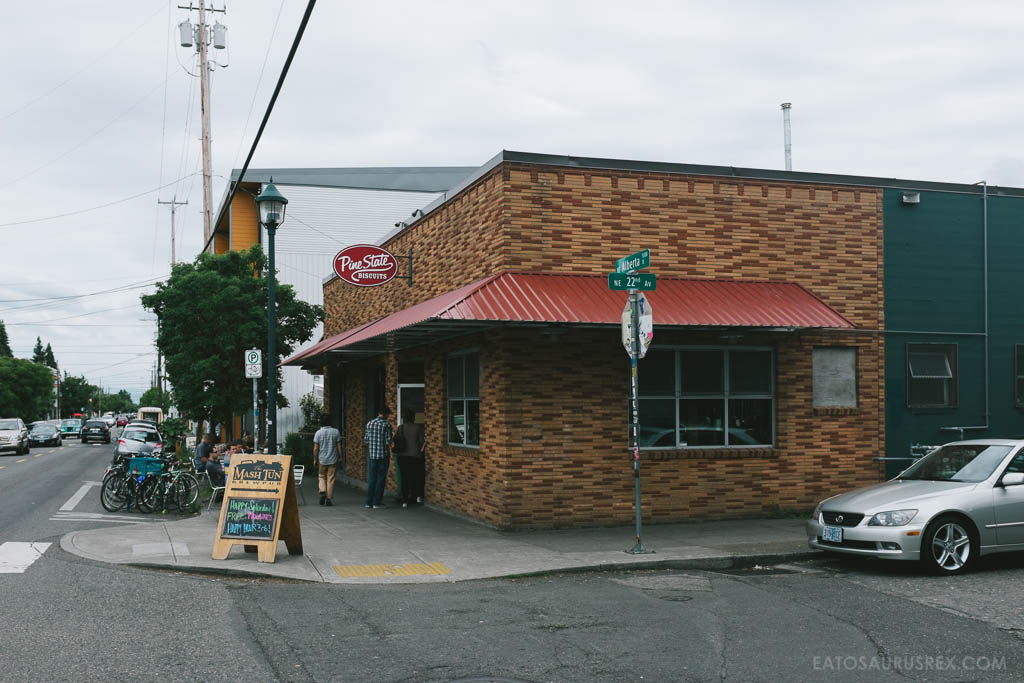