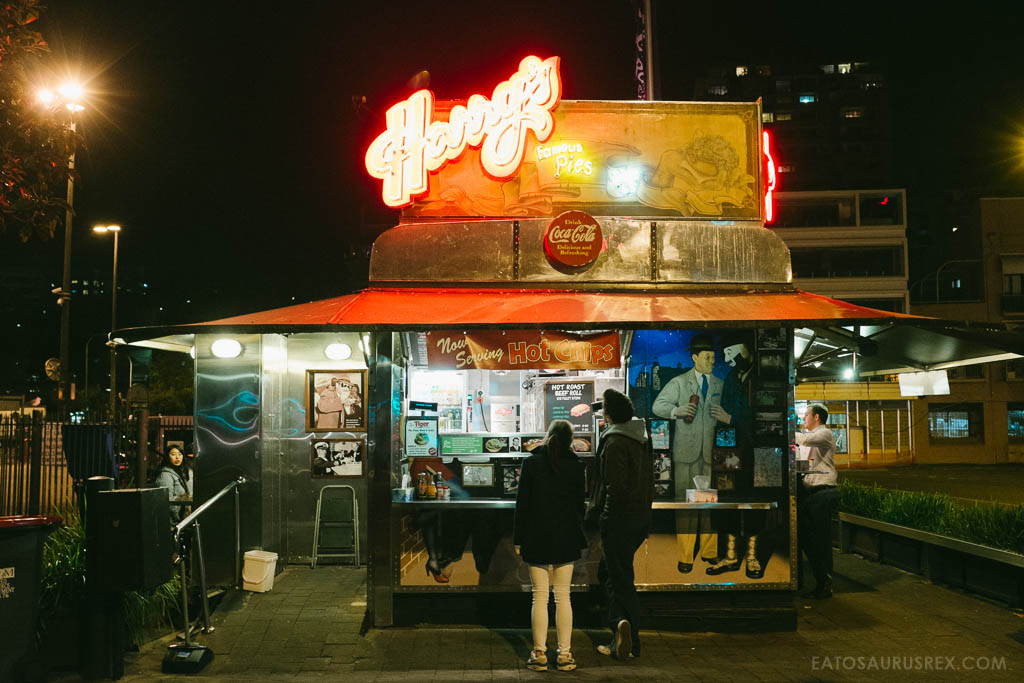 Harry’s Cafe de Wheels is a meat pie cart that’s considered a Sydney icon and a local institution, even being included on the New South Wales National Trust register. They’re known for their Australian meat pies; most notably their Harry’s Tiger Pie, which is their signature dish named after the founder Harry “Tiger” Edwards. It’s a chunky beef pie served with mushy peas, mashed potatoes, and gravy. And if you’re wondering what a meat pie is, it’s exactly what it sounds like: a pie filled with meat. They’re super popular in Australia and they’re served everywhere and they’re amazing. Imagine if Hot Pockets were a national dish and served prepared at grocery stores and gas stations. I imagine it everyday, and it’s the reason why whenever I get gas I end up on the floor sobbing. Also, I’m homeless, so I’m usually sobbing on gas station floors anyway. 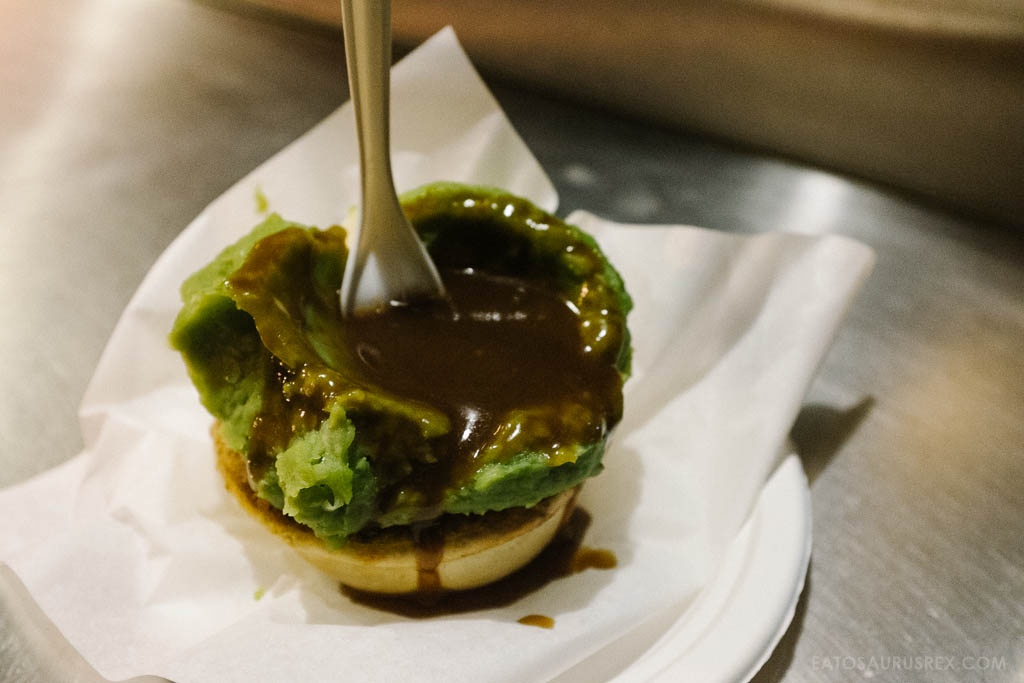 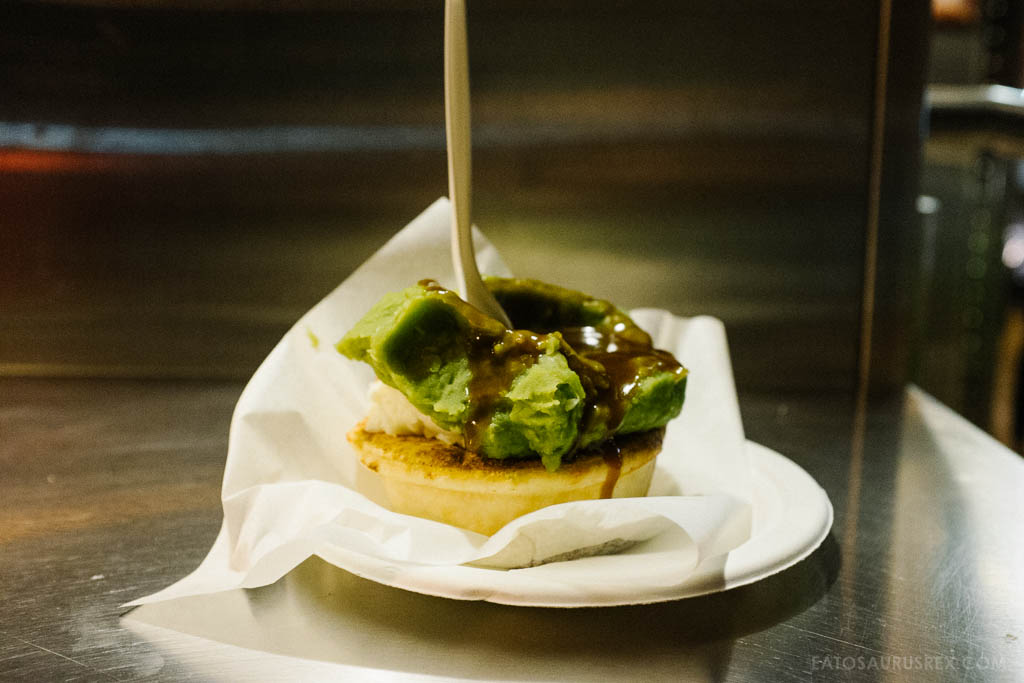