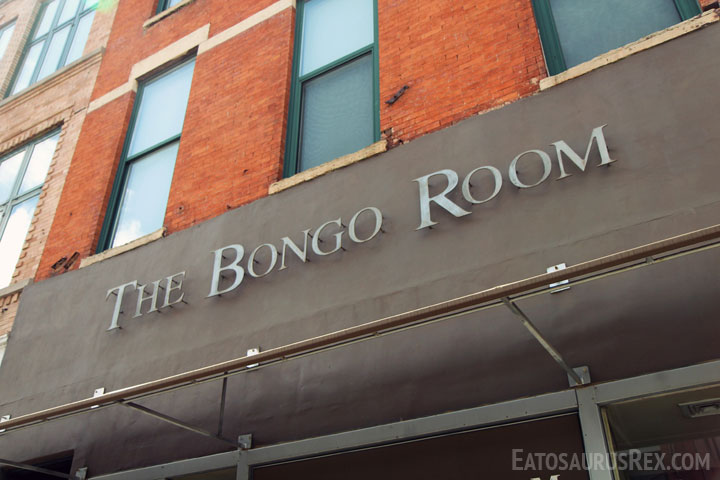 The Bongo Room is located in Chicago’s Wicker Park, surrounded by hipster record stores and hipster shoe stores and, well, a bunch of hipsters. My friend put our name down and we went to a nearby coffee shop to kill time while we waited for our table and the last person in our party to arrive. About twenty minutes later we got a call asking if our entire party was present because our table was ready. We were still missing one, but said yes, assuming that by the time we got back to the restaurant she’d be there. Well that wasn’t the case. That wasn’t the case at all.

We got to the restaurant and when the host asked us why we had said our party was ready when it wasn’t, we made up an elaborate story about how we drove from the coffee shop and our friend somehow got lost. For an hour. Across two blocks. We tried recruiting a stranger to pretend to be our fifth, but apparently the hipsters in Wicker Park are a bunch of lame party poopers and they refused. We kept checking in with the host and telling him to give our table away, but he seemed determined to catch us in our lie and insisted he’d have our table ready. By the end, about an hour had passed since we told the host we were ready and we had changed our story to incorporate a fender bender, seeing as how that would be the only plausible explanation for why it took so long. It was either that or telling him she had gone into labor, despite not being pregnant. Alien abduction? We’re not exactly criminal masterminds here.

Anyways, when our friend finally arrived she looked fittingly frazzled, and the host took pity on us and even commented on what an ordeal she must have gone through. Our lie had paid off. And even though we can probably never show our faces at this place again, it was worth it, because dammit if their food isn’t good. How can you not love a place that serves red velvet pancakes. Yeah, you read that right. Red velvet pancakes. It’s like somebody read my list of fantasy foods and turned one into a reality. Also on that list: bald eagle omelette and lobster-stuffed crab. 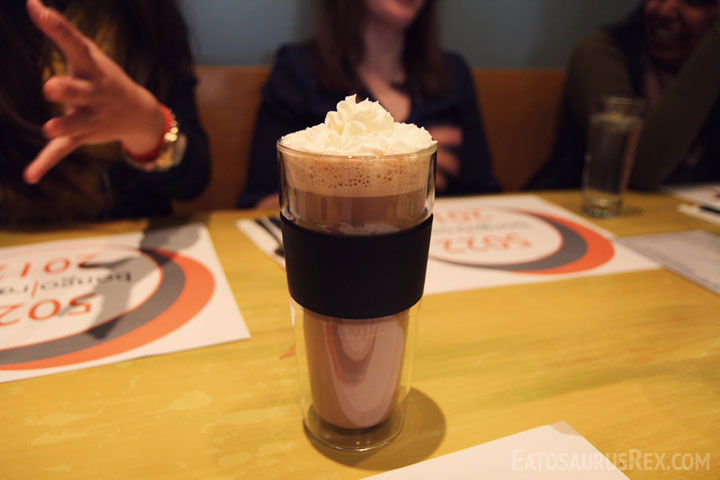 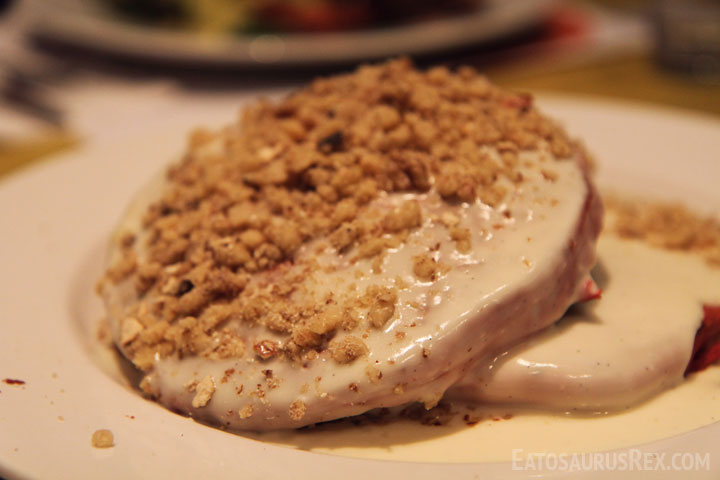 Red Velvet Chocolatey Cocoa Hotcakes (toppped with warm vanilla creme and toasted walnuts) – I was expecting super sweet and super rich, like a red velvet cupcake mashed into pancake form. Instead, it was subtle and delicious, and about the best representation of a red velvet pancake I could imagine. This exceeded my expectations in every way possible. Well, except that it wasn’t hand-fed to me by a sexy babe in a bikini. I suppose it’ll do though. 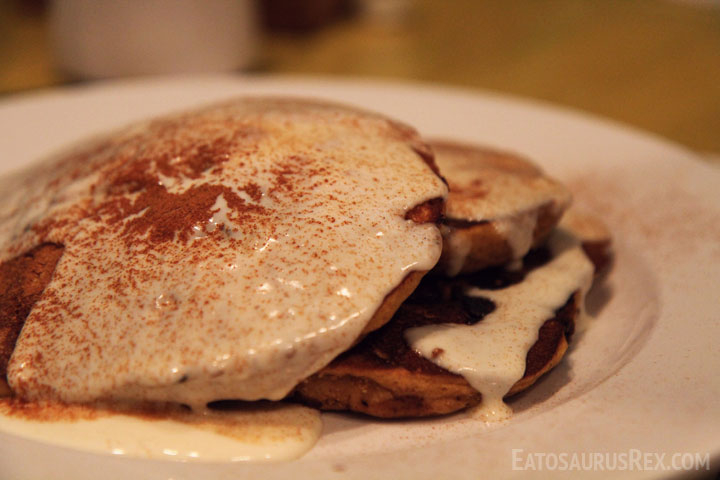 White Chocolate & Caramel Covered Pretzel Pancakes (with crushed pretzel, white chocolate & buttery caramel) Pumpkin & Granola Pancakes – I’m honestly not sure if I even have the right pancake listed here. I just remember it was good, though I still prefer the red velvet. And so will you. Unless you’re not a fan of red velvet, in which case you’re probably also a Communist. 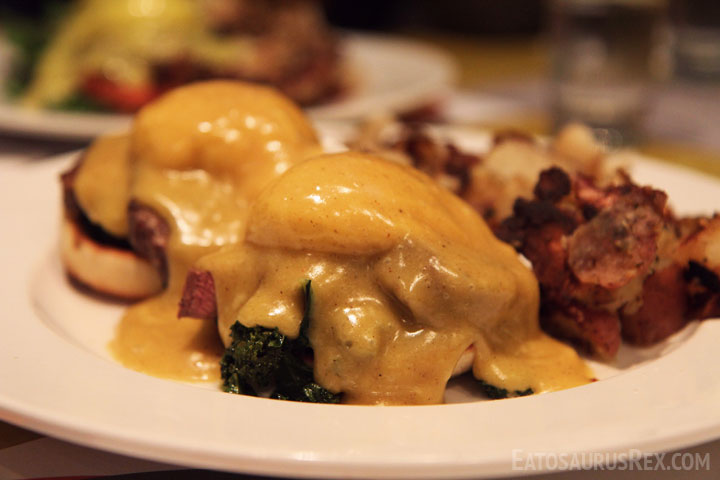 Beef Tenderloin Benedict (two toasted english muffins topped with beef tenderloin poached eggs, sauteed garlicky kale & topped with porcini hollandaise sauce & served with house potatoes) – Both this and the BLT Benedict were superior to the regular eggs benedict. Do yourself a favor and shell out the extra shillings for the upgrade. Or don’t, and give those extra shillings to me instead. Don’t know what a “shilling” is? Me neither, but that’s not stopping me from saying it! 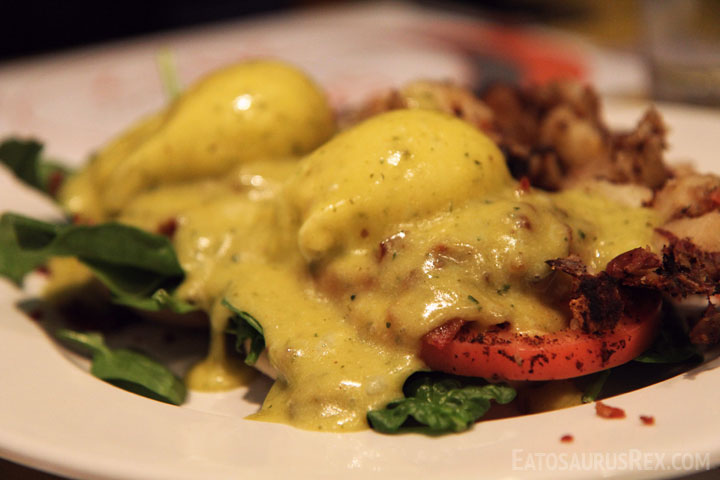 BLT Benedict (two toasted english muffins topped with poached eggs, applewood smoked bacon, baby spinach, tomato, & basil pesto hollandaise sauce served with house potatoes) – I can’t decide if I liked this more or the beef tenderloin benedict. Both were good so flip a coin or something. 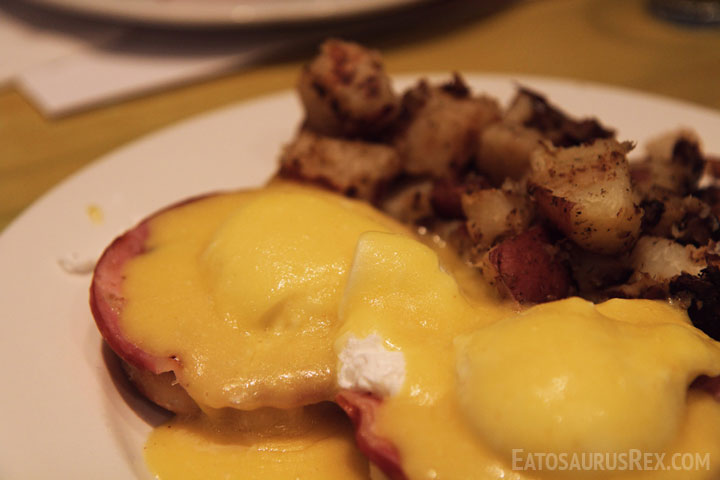 Eggs Benedict (two toasted english muffins topped with poached eggs, grilled canadian bacon and classic hollandaise sauce, served with house potatoes) – Definitely good as far as eggs benedicts go, but try one of their more unique ones. Live a little. Be adventurous. Give me your wallet. I mean…what? Nevermind. I didn’t say anything. 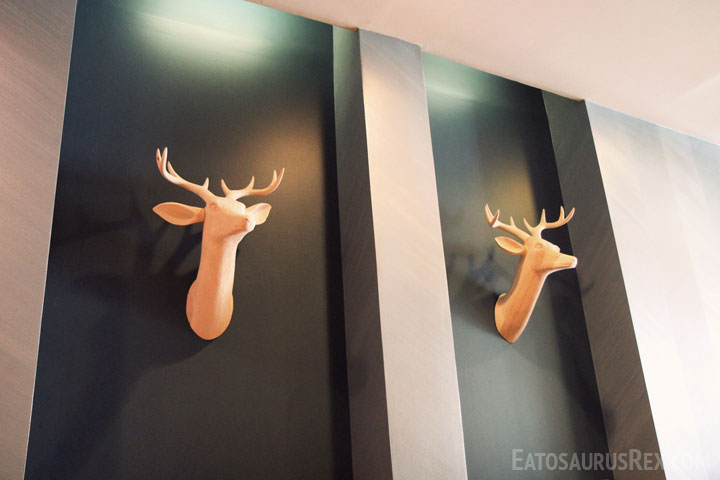 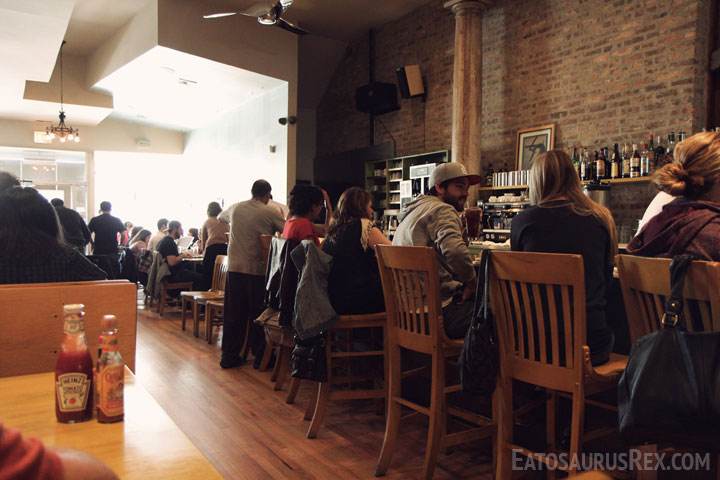