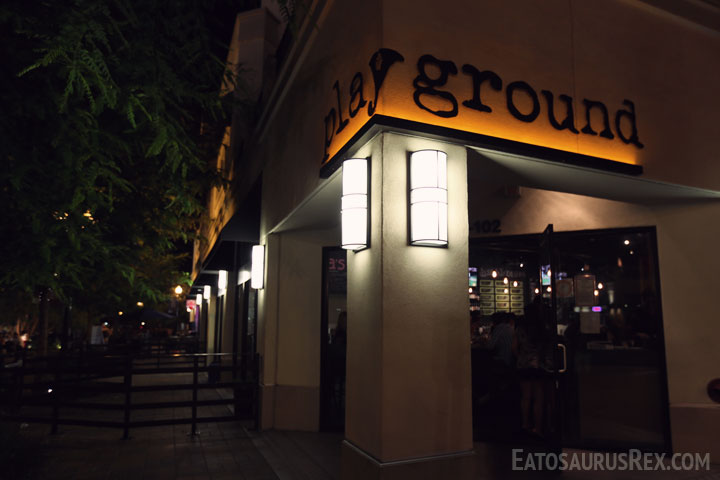 The Playground is located across from the Yost Theater in downtown Santa Ana and was started by chef/owner Jason Quinn, the same guy behind the hugely successful gourmet food truck The Lime Truck. With a weekly changing menu built around fresh, sustainable ingredients, The Playground is the kind of trendy place you’d expect to find in a city like Los Angeles and not, well, Santa Ana. I don’t mean that as a jab to Santa Ana, but as praise for The Playground. Look, I’ll make this simple: while it might not be the best restaurant in Orange County, it may very well be my favorite. You can feel the love that goes into this place and it has the perfect combination of unpretentious atmosphere with inventive and delicious food. They’ve received some heat for charging a 3% kitchen gratuity (you can read more about it here along with comments by Jason Quinn and his father addressing the issue) but it doesn’t really bother me, since it speaks to the type of place this is and to the dedication the chef has to his team and food. They’ve even got a sign on the wall that says they won’t serve their beef warmer than medium rare. Remember that part in Jerry Maguire when Renée Zellweger is all, “You had me at hello”? That was basically me when I saw the sign. What’s that? My reference is too dated and obscure? Well screw you, you big stupid-head. 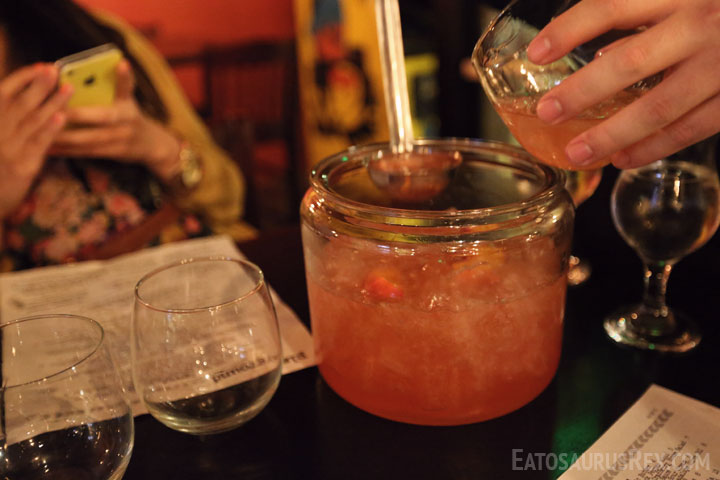 Sparkling Blood Orange Sangria for the Table – It’s always dangerous to serve alcoholic drinks that are this delicious. I wouldn’t be surprised if more than one person has inadvertently drunken themselves into a stupor because this stuff was so deceptively good. If you see a dude lying passed out on the street around the corner, there’s a very real possibility they aren’t homeless, they just dined at The Playground. 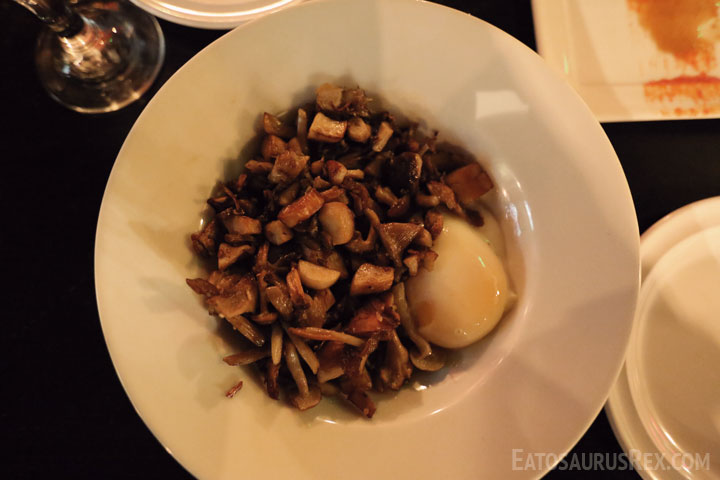 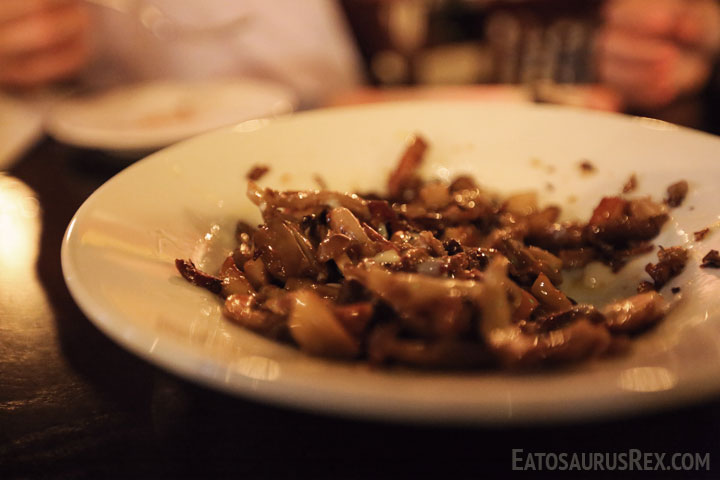 Pan Roasted Wild Mushrooms with Slow Egg – Wasn’t 100% sure what a slow egg was, but got pretty much what I was envisioning. Not the best dish of the night, but a non-protein dish never is. The fastest car around the track usually isn’t the one missing an engine. 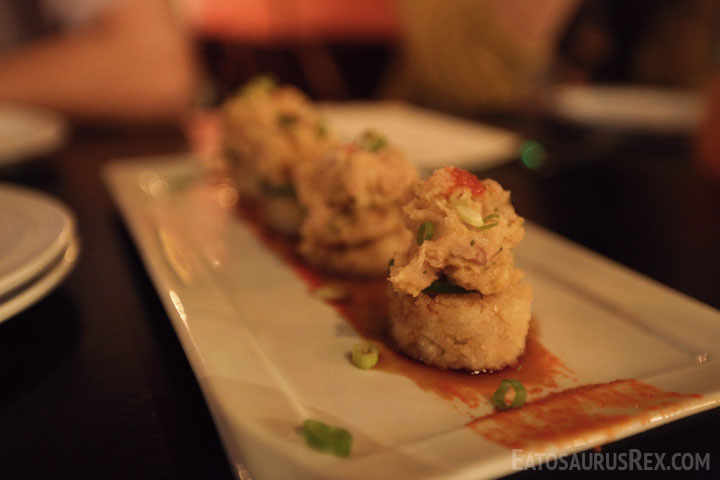 Yuzu Koshu Albacore Poppers – I was picturing more of a Japanese-fusion style sushi dish and was pleasantly surprised that it was quite a bit different than I had anticipated. Like the time I picked up a prostitute and found out she was a he. Wait, did I say pleasantly surprised? I mean, uh, hey look, what’s that? *runs out of the room* 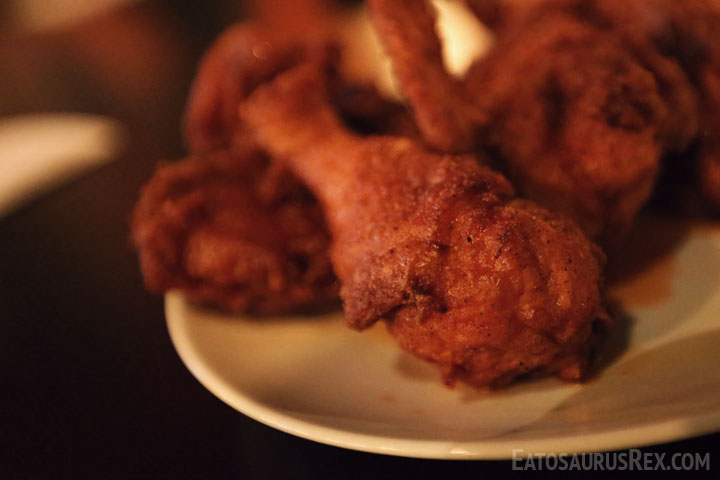 “No Silverware Allowed” Uncle Lou’s Fried Chicken (pretty aggressive, not for wussies) – They describe the chicken as ‘pretty aggressive’ and that’s actually a fairly accurate description. I’m not sure if it’s vinegar or what, but the fried chicken was seasoned with something that gives it a bit of a kick. Not a spicy one, but a vinegar-y one. So, yeah, probably vinegar. I can almost promise you you’ll be surprised when you take your first bite. Well maybe not anymore since I just described it to you, but if I hadn’t. Oh boy. Surprise. 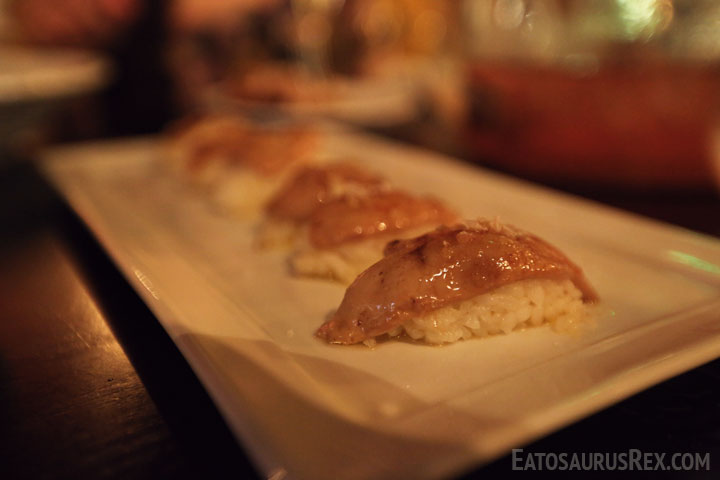 Really Expensive Sushi Rice – I’m not saying this is foie gras, since restaurants are technically banned from selling foie gras in California, but I’m also not not saying this is foie gras. Not that a plate of rice doesn’t sound delicious, I just appreciate that the chef threw in a little something on the house to add some character to the dish. Have I mentioned that this was amazing? Because it was amazing. Maybe it’s because it’s been awhile since I’ve had *ahem* sushi rice, but I like knowing there’s a place I can get it and that makes it crazy delicious. I also like knowing there’s a chef out there who understands that California laws are stupid and ridiculous. 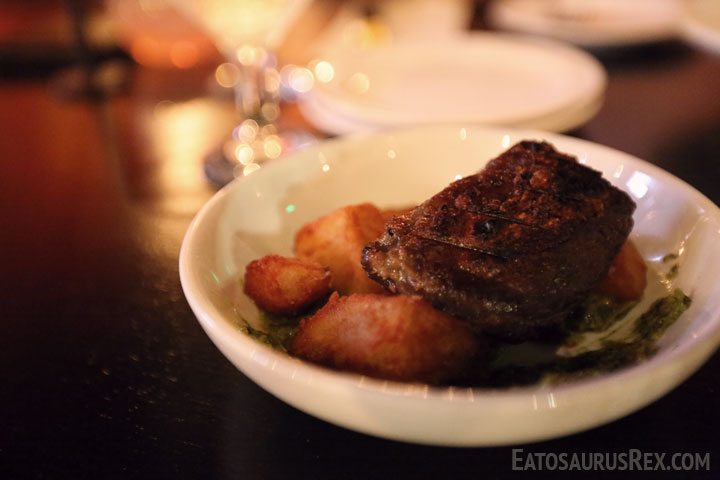 Wagyu New York Tataki – I don’t know how many beef tataki dishes I’ve already reviewed, but if you follow the site then you know I love the stuff. Unfortunately, while the flavor was good, the beef was a little tough for me. I don’t know if the Japanese places I frequent use better cuts of beef or slice it differently, I’m just not used to my beef tataki being this hard to chew. It might also be that I just had a bite with ridiculous amounts of tendon. 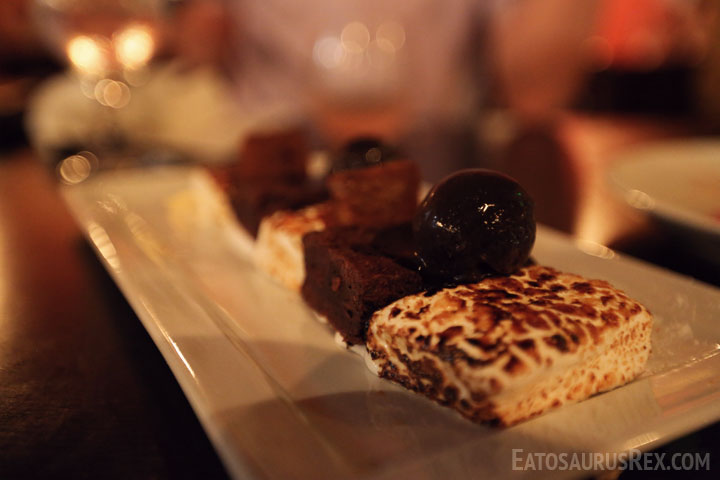 Campfire – Basically a fancy s’more. Slightly too rich for me, but I’m a pansy when it comes to my desserts. If you dig chocolate or house-made marshmallow, you’ll probably enjoy this more than I did. Which isn’t to say I didn’t like it, I just much prefer the other dessert we had. 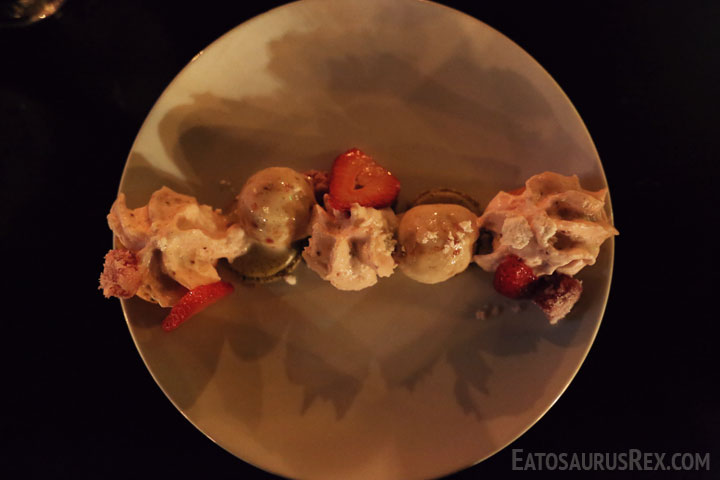 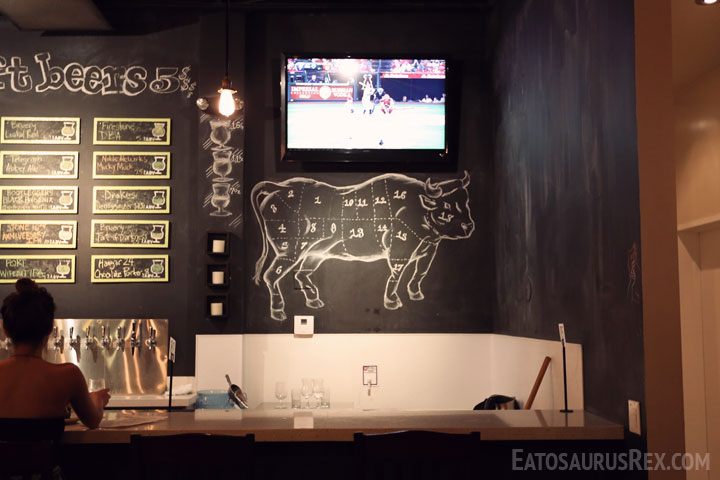 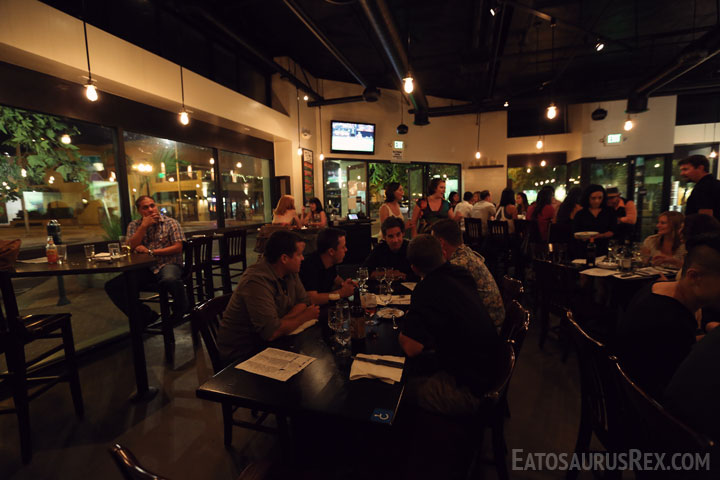