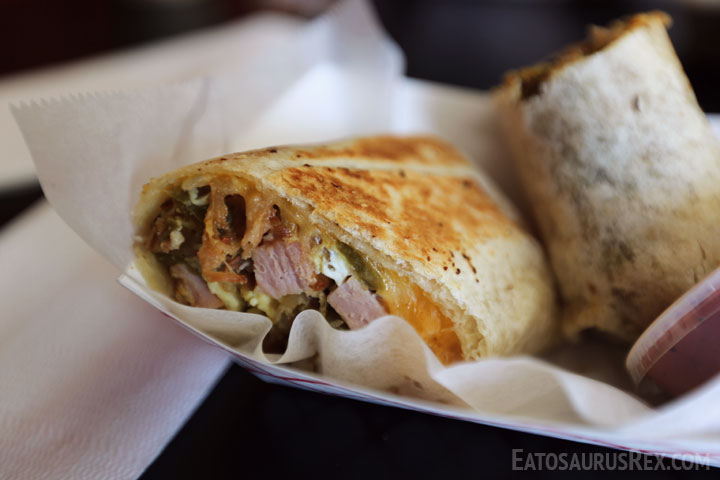 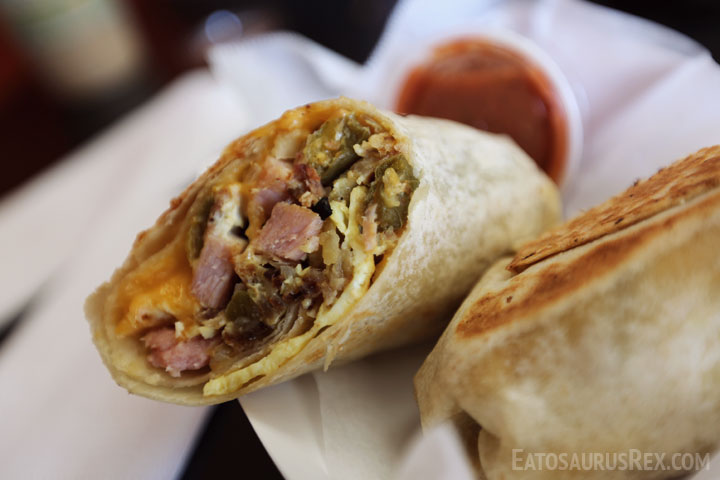 Ham ‘n Egg Burrito (ham, hash browns, egg, green pepper, onion, bacon, and cheese) – This thing is surprisingly light. Considering what’s going into it and what your typical breakfast burrito tastes like, I was expecting a heavy, salty, beast of a thing. But no, this thing is actually surprisingly mellow. It’s good, it’s filling, and when you’re done it doesn’t leave you feeling like you just injected your arteries with cement. 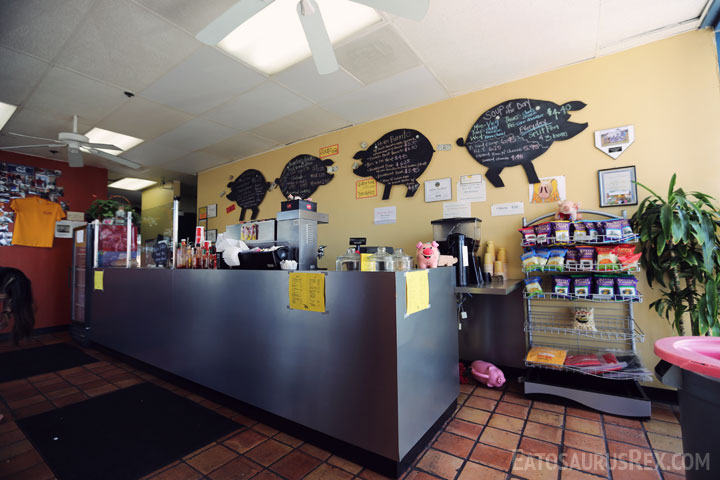