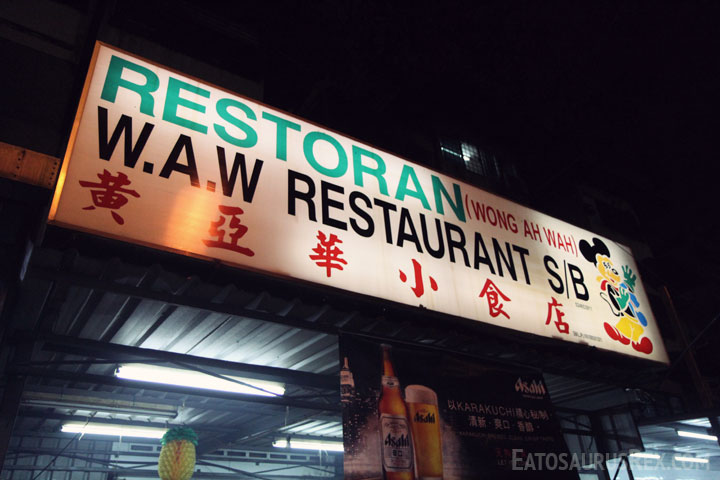 Wong Ah Wah is probably the only place mentioned on TripAdvisor on the Jalan Alor hawker street and it shows. I showed up around 8pm and every single seat was taken, with more than one party carefully looking around for empty seats along with me. On more than one occasion I thought I’d end up having to fist fight a local Malaysian family in order to sit. Eventually I nabbed a seat, only to sit and wait for a solid half hour before I could order. And when I did order, the waitress repeatedly told me I would have to wait a long time. I actually think she was trying to get rid of me, so as to free my table for a larger party. Nice try, lady, but the only way I was leaving without eating is if she hit me over the head with a chair. Maybe they’re having a difficult time coping with their popularity or maybe they’re just always this disorganized, but I’d recommend showing up at least an hour before the time you actually want to have food in your mouth. 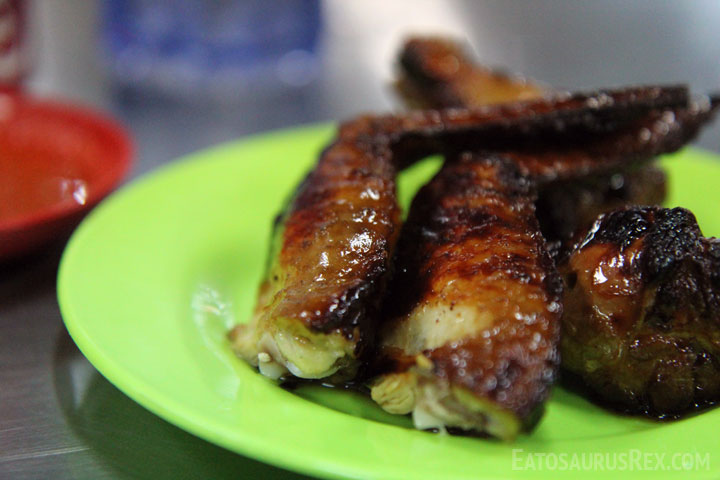 Roast Chicken Wings
I only ordered two chicken wings (the minimum) because I just wanted a taste, but oh man, what a mistake. I should’ve gone with 20. Or 200. You’re thinking to yourself, how good could roasted chicken wings be? Well apparently pretty goddamn good. I let out an audible moan while I was eating. Seriously. An actual moan came out of my mouth. I’m honestly not sure I’ve ever had better chicken wings. 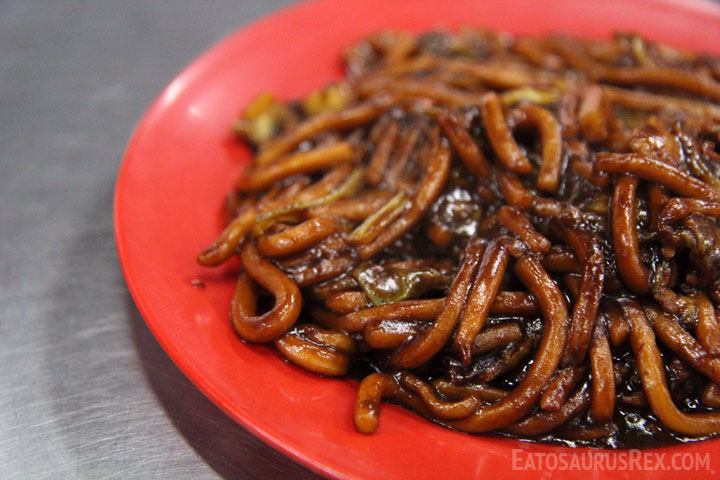 Hokkien Mee
Definitely good, but nothing memorable. If you want some variety, sure, order this. If you’re debating between this and the chicken, it’s not even a debate. It’s not even a one-sided debate. What’s a more extreme term for a massacre? Because that’s what this would be. Order the chicken. Don’t even look at the menu. 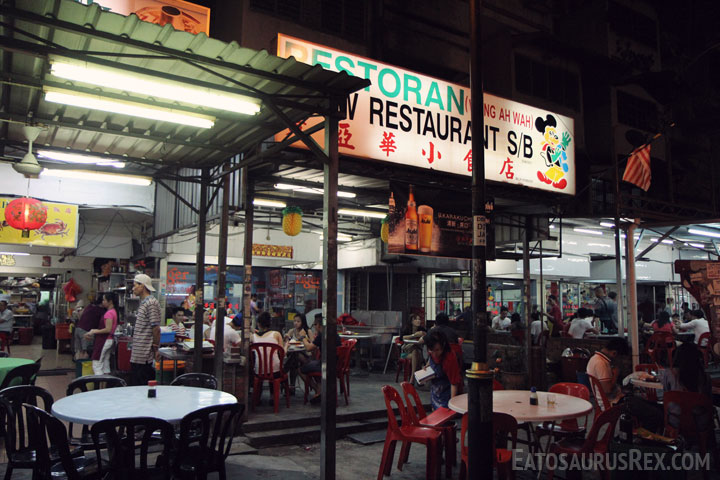