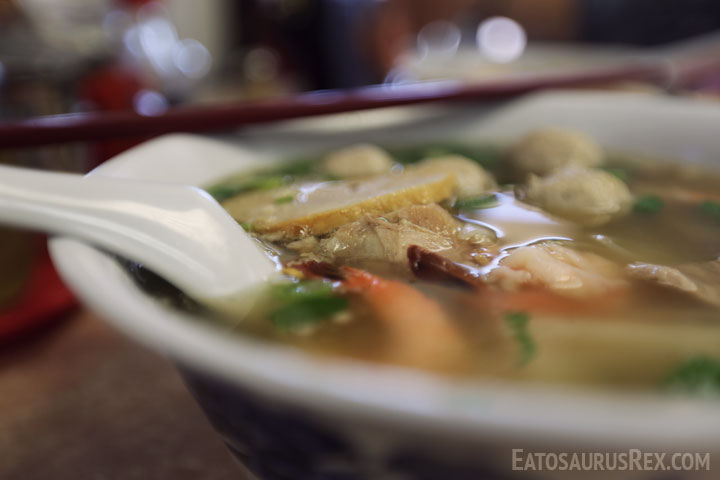 Trieu Chau is a popular Vietnamese/Chinese/Cambodian (yeah, all three!) restaurant in Santa Ana that specializes in Hu Tieu Nam Vang. And I say popular only because more than a couple Vietnamese people have said that they’ve been coming to this place since they were kids. Well that, and also because there was a huge line when I ate there, which was something like 2:30pm on a weekday. They close at 5pm, so it’s pretty much just a lunch joint unless you happen to eat your dinners super duper early. In which case you’re probably about 80 or so years old, so congratulations on successfully using your computer and getting on the Internet. High five! 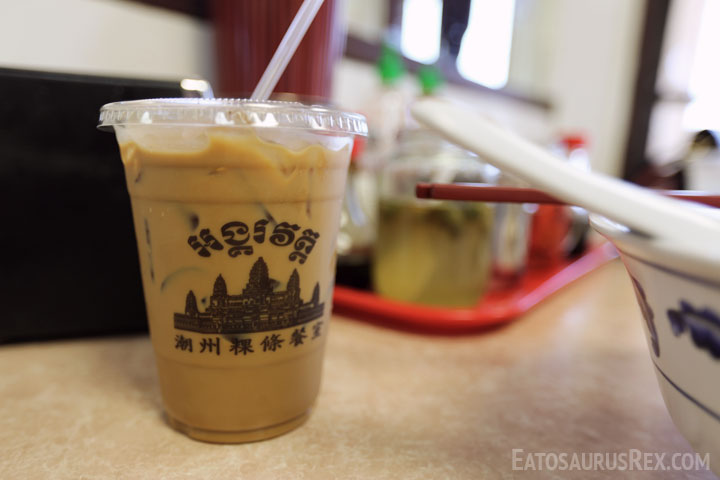 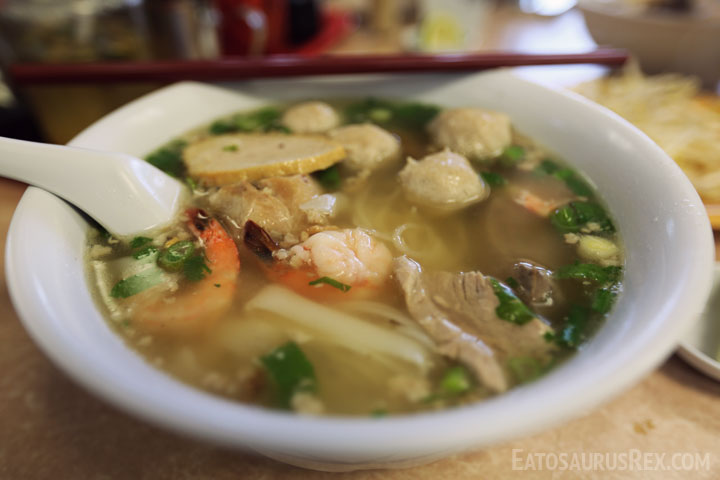 Hu Tieu Nam Vang – Not sure what Hu Tieu Nam Vang is? Me neither, but it sure does sounds Vietnamese-y doesn’t it? Well turns out it is. It’s basically clear glass noodle soup, though apparently there are a few different varieties when it comes to what goes in it. My exposure to Vietnamese noodle soup is basically pho, so I wasn’t really sure what to expect. While it was good, it was also way more bland than I was expecting. I think I need to come here with somebody who can teach me how to eat it properly. There were a variety of condiments on the table, so I suspect I probably should’ve thrown some of them in my soup. All of them in my soup? Look, all I’m asking is for a sexy Vietnamese girl to teach me how to eat noodle soup. Is that too much to ask? And if she also has huge boobs and is kind of slutty, so be it. 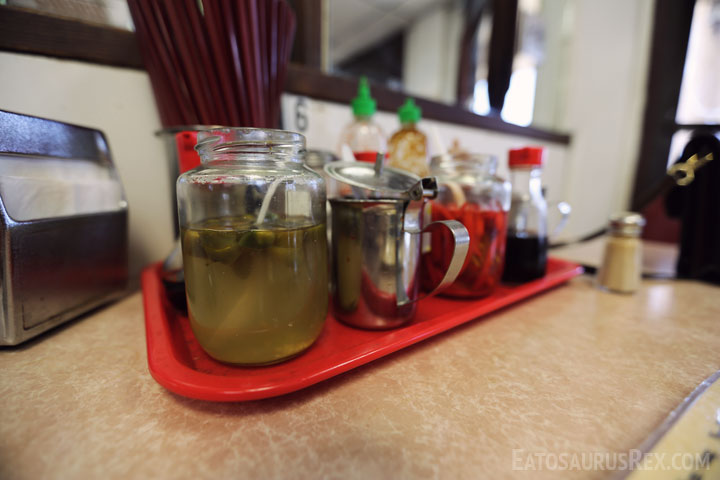 Is this stuff supposed to go in my noodles? Somebody please tell me. 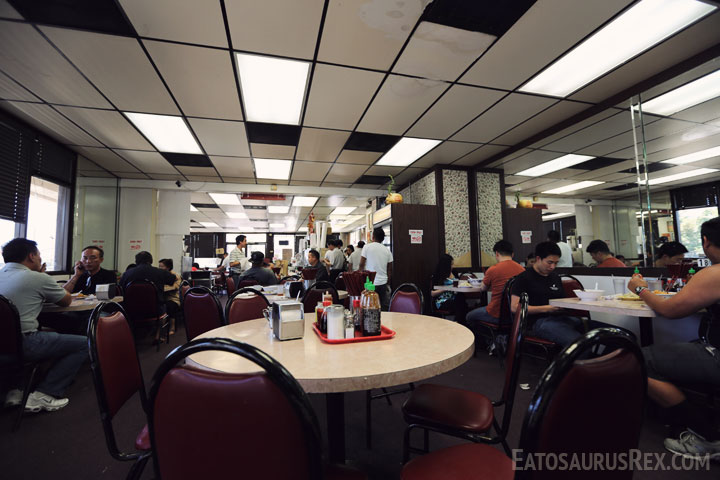 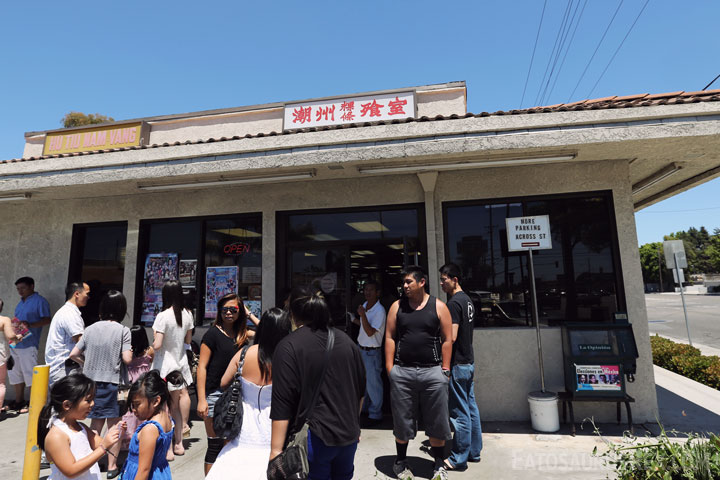 See all these people? That’s the line. On a weekday.