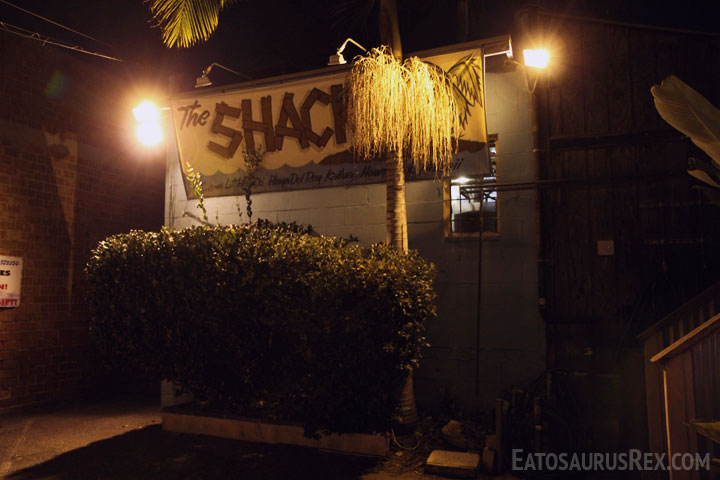 At first glance, The Shack looks like a dive bar for surfers; they’ve got a bar counter, TV’s playing sports, surfboards hanging from the ceiling, a pool table, some random arcade machines, and pretty much every other decoration you’d expect from a dive bar next to the beach. It definitely looked like a grown up place, so it was a bit shocking to see a group of elementary school kids there with their parents. The table behind us had about six to seven fairly inebriated adults (who for some reason kept yelling out, “To infinity and beyond!”), so looking across the counter and seeing a table filled with kids kind of threw me off. One of the groups didn’t seem to belong, I just couldn’t figure out which. I was half expecting a group of nuns to wander in and complete my sense of confusion. Weird crowd aside though, the owner and waitress are super friendly and if you’re looking for a casual place to chill and grab a burger you could definitely do worse. 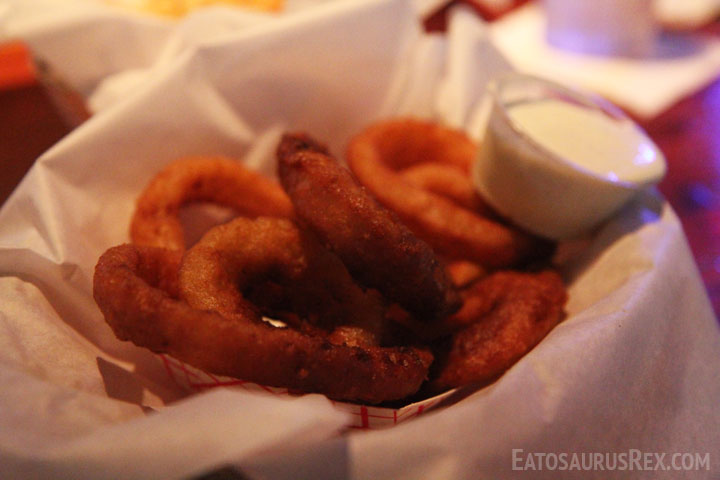 Onion Rings – Crispy and served with a side of Ranch. Pretty standard, but that means pretty good. 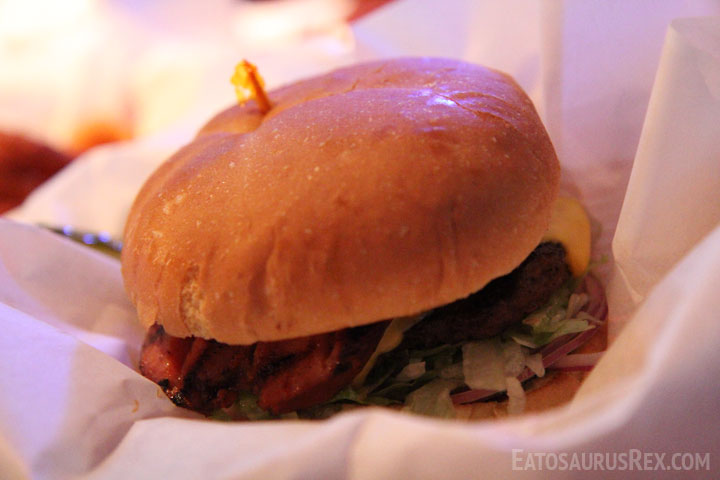 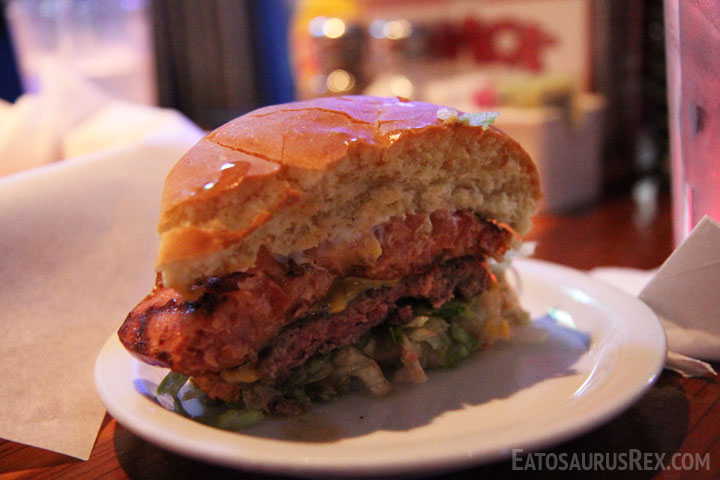 The Shack Burger – This is their signature burger, and it’s essentially a standard hamburger topped with a grilled butterflied Louisiana Hot Link. The burger itself would be pretty damn delicious on its own, but you throw in that hot link and you’ve got magic. I mean, c’mon, just look at that picture above. It’s by no means a gourmet burger, but if you’re looking for something quick and dirty with a crap ton of flavor this is it. I don’t know if this makes any sense (especially considering it’s made with a Louisiana sausage) but this thing just tastes like California. 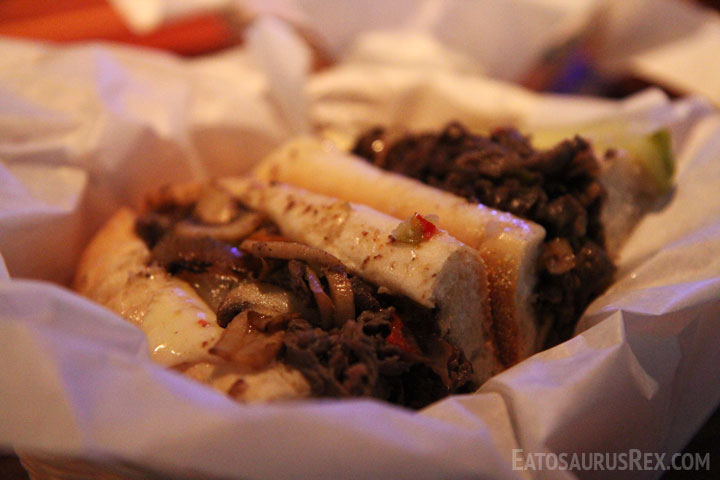 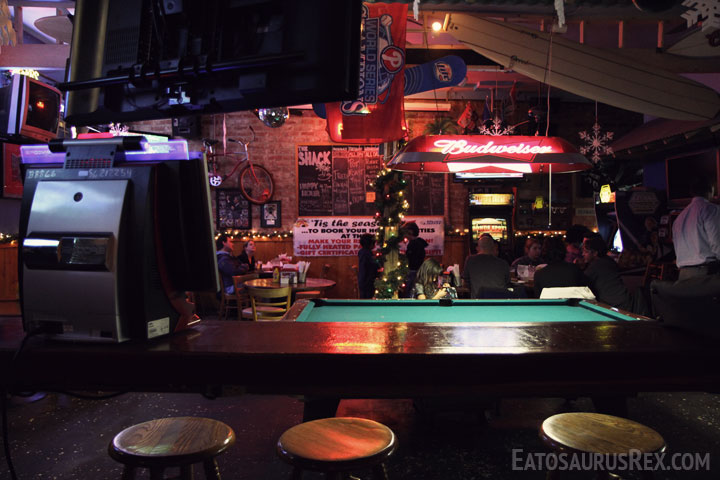