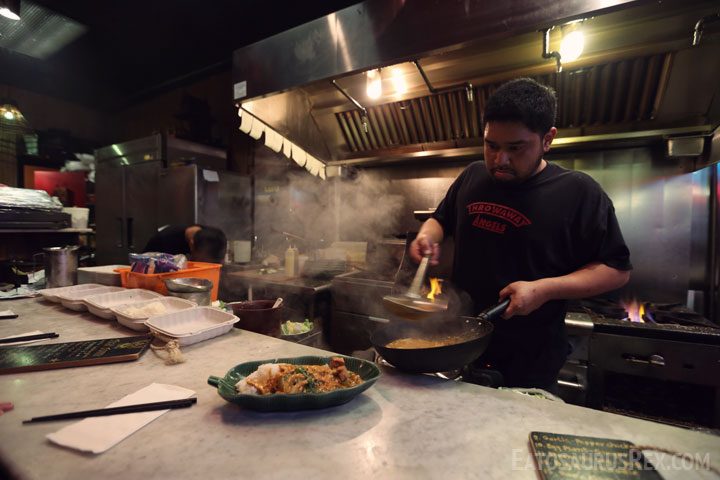 Thai Tom is a little Thai restaurant located in the University District of Seattle. It’s quick, it’s dirty, and it’s what many would argue is the best Thai food in Seattle. The restaurant has a counter facing the kitchen and then a few tables that seat two. And only two. As in if you have more than two people in your party you’ll be sitting at the counter. Did I mention the cooks also happen to plate food directly at the counter, waving scalding hot pans inches from your face? Reach for your water at the wrong moment and you’ll get burned. God forbid you bring a child in here, because I’m sure one or more has been horribly disfigured while playing a rousing game of Let’s Reach For The Thing Being Waved In Front Of My Face. Overall I’d say Thai Tom isn’t even close to the best Thai food I’ve ever had, but that’s still not to say it’s not the best Thai food in Seattle. 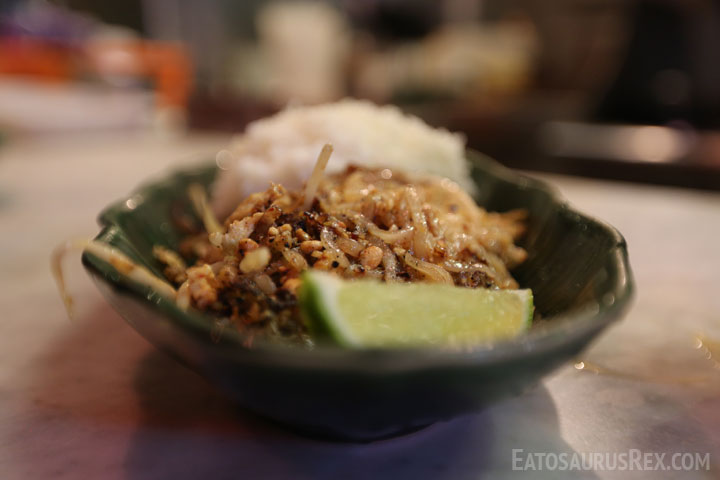 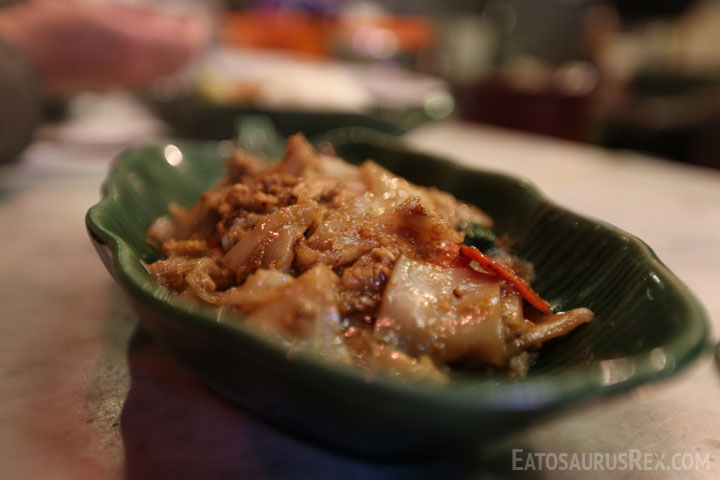 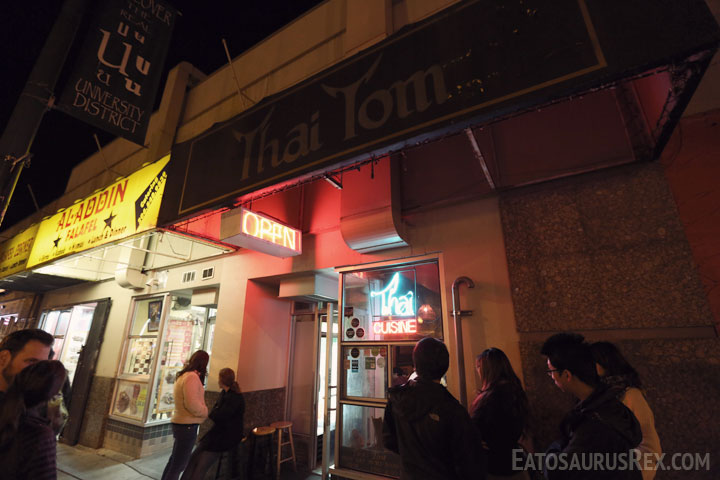