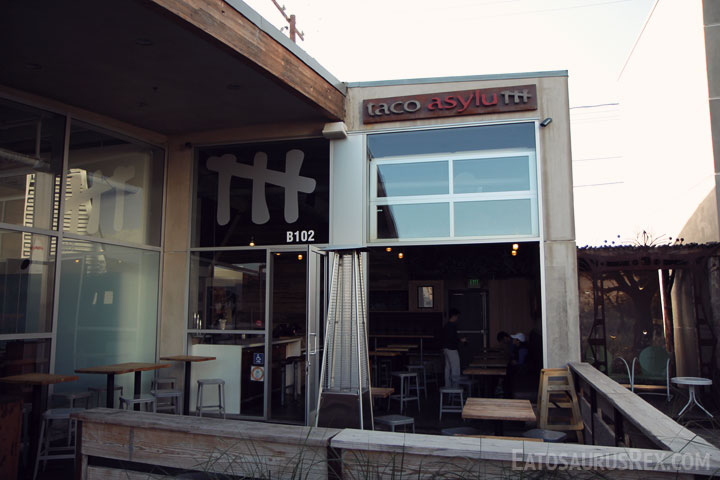 Taco Asylum is located in The Camp in Costa Mesa and their menu of non-traditional gourmet tacos was put together by executive chef Greg Daniels from Haven Gastropub. And while their tacos are good, I’m a little torn because they’re also a bit on the pricey side. I’m not sure how I feel about paying $5-6 for a taco since I’m so used to spending about a quarter of that for an authentic Mexican version. Then again, they do use gourmet ingredients like lamb, duck, and octopus to try and justify the price, and they are admittedly delicious. They’ve also got a variety of hot sauces, including one made from the infamous Bhut Jolokia chili pepper (more commonly known as the ghost chili) which is the hottest pepper in the world. Unfortunately, they water down their hot sauce to the point where it’s not even close to the spiciest thing I’ve had, which it really should be. A hot sauce made from ghost chilis? That should be the equivalent of liquid death, not “ooh my tongue is a little warm.” Anyways, the hot sauce itself is good, I just wish it lived up to its name. 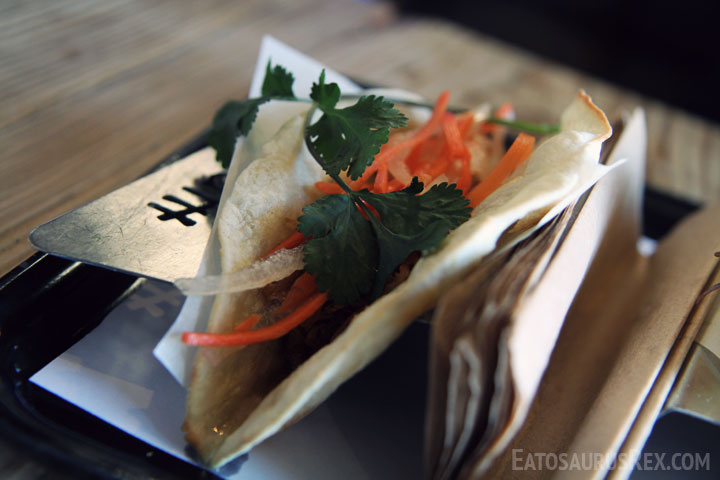 Pork Belly (carrots, daikon, onions, clinatro) – I can’t remember what this tasted like but it looks good, right? Yup. Sure does. 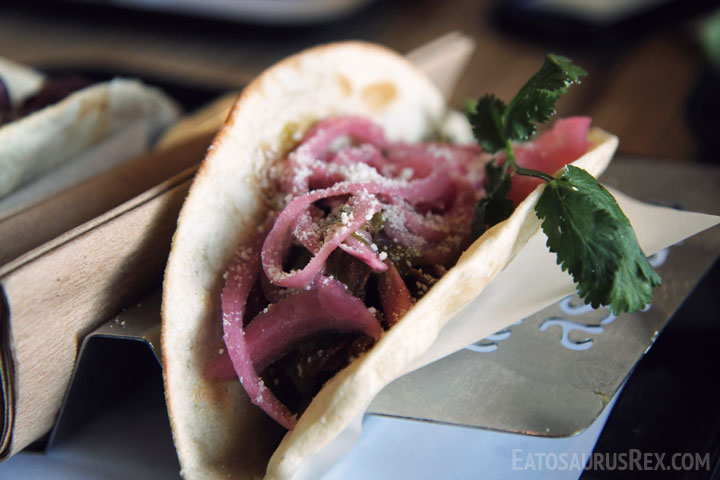 Short Rib (pickled red onion, salsa verde, cotija cheese, cilantro) – This might be the tastiest taco they have, but it’s also probably the oiliest. By the time I was done with mine there was a puddle of oil about half a centimeter wide and spanning the entire length of the wrapper. Which might gross some people out, but that just goes to show you how juicy the short rib was. If you can only get one taco I’d recommend this one. 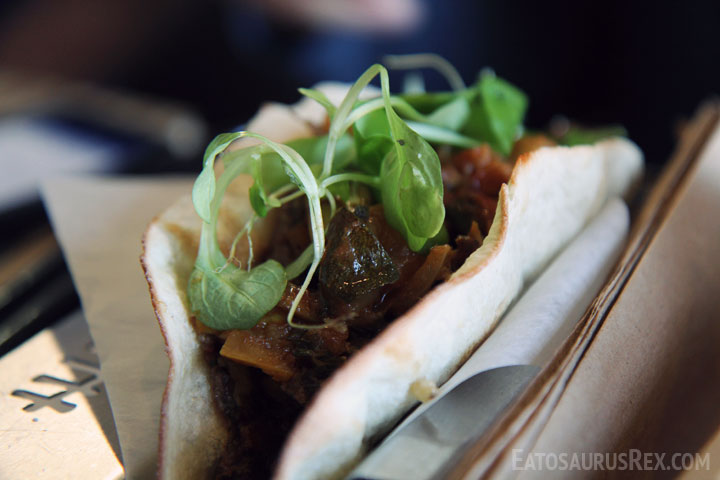 Lamb (olive tapenade, ratatouille, mache) – Before the movie Ratatouille came out I had no idea what ratatouille was, and now I see it everywhere. Which I’m only pointing out because this taco has ratatouille in it. I don’t actually remember what the thing tasted like but, ya know, it’s got that ratatouille thing going for it. 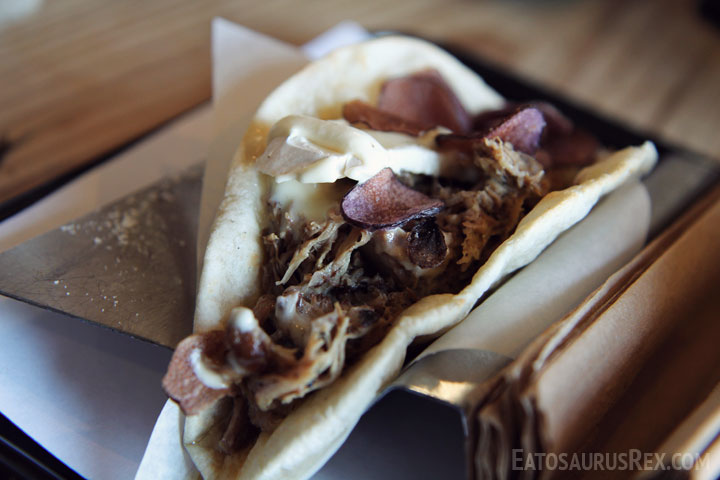 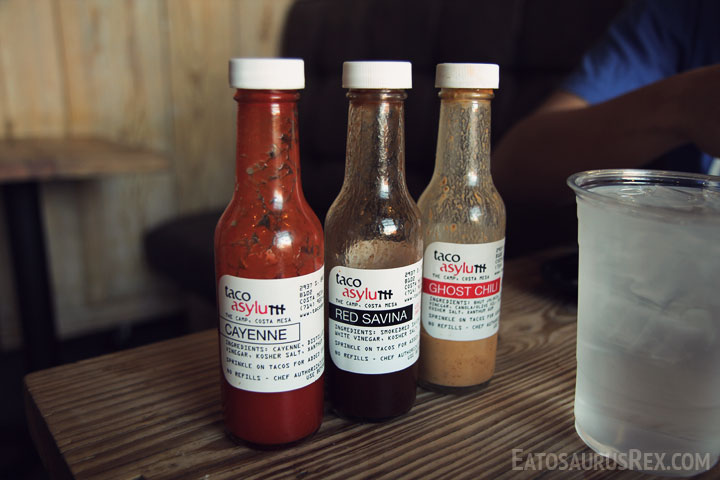 Yeah, they’ve got a ghost chili hot sauce, but it’s watered down with other stuff so it’s not the flaming bottle of death you’d expect something carrying the ghost chili label to be. It still has a slow lasting burn to it, but it’s very tolerable and not even close to how hot a true ghost chili hot sauce should be. Although that might be a good thing, since if this was pure concentrated ghost chili the bottle might as well be filled with cyanide since you’d end up in the morgue anyway. 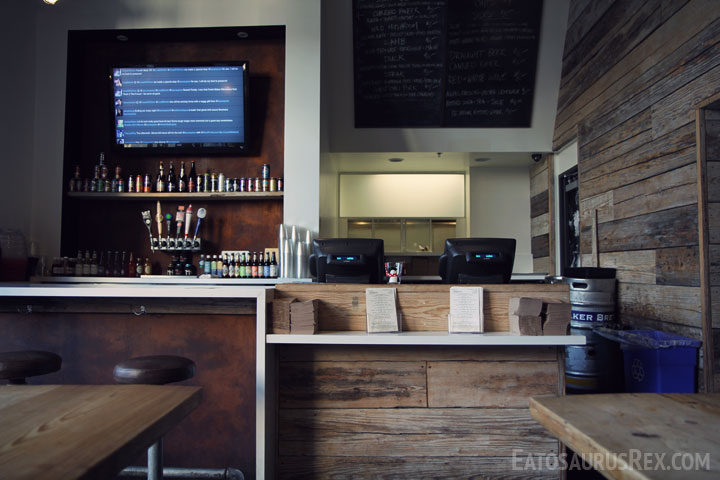 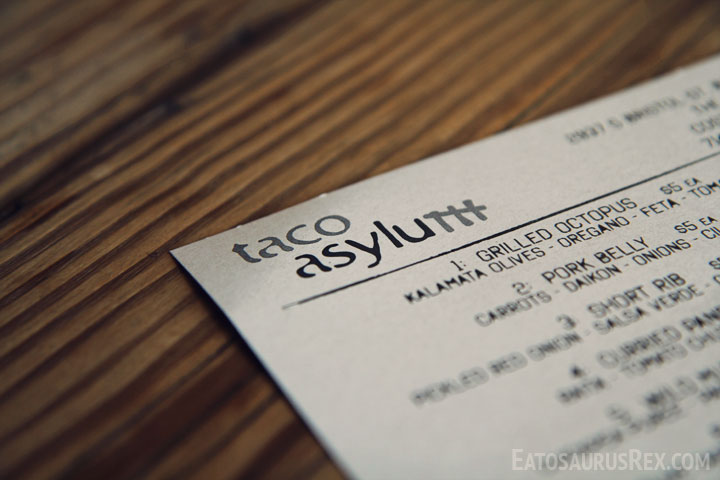