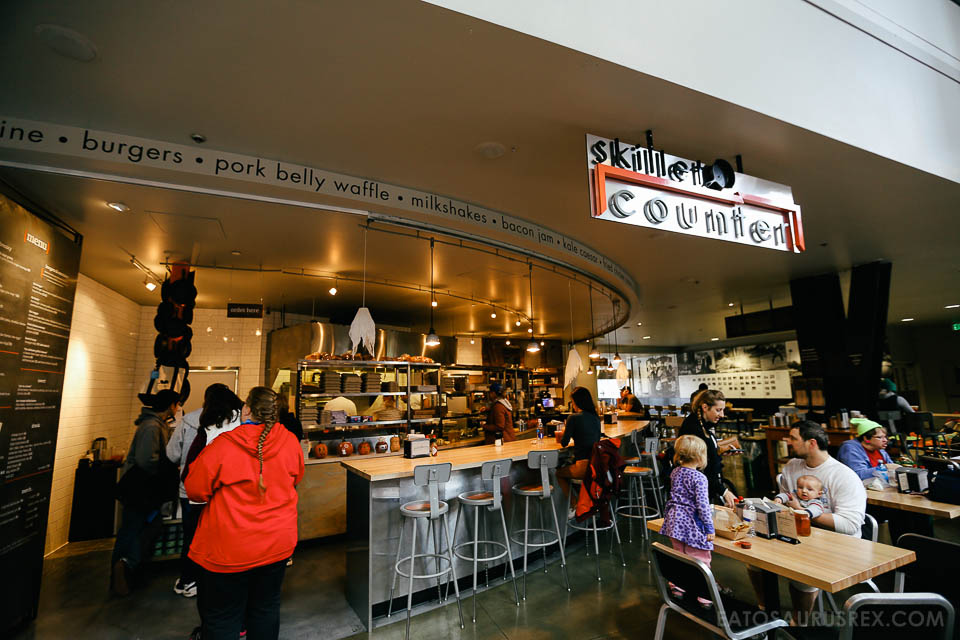 If you have to eat at a food court, it’s an unwritten law you avoid chains and go for the most unique option available. Skillet Counter is a brick and mortar version of the Skillet Truck and specializes in comfort food. And I use the term ‘specializes’ loosely, because while slightly better than your typical food court fare, Skillet Counter just isn’t very good. The chicken and waffles were dry and the poutine was average. Although average for poutine means delicious by normal food standards. If your goal is to get full, this place will get the job done. If your goal is to dine on exquisite epicurean creations, why are you in a food court? 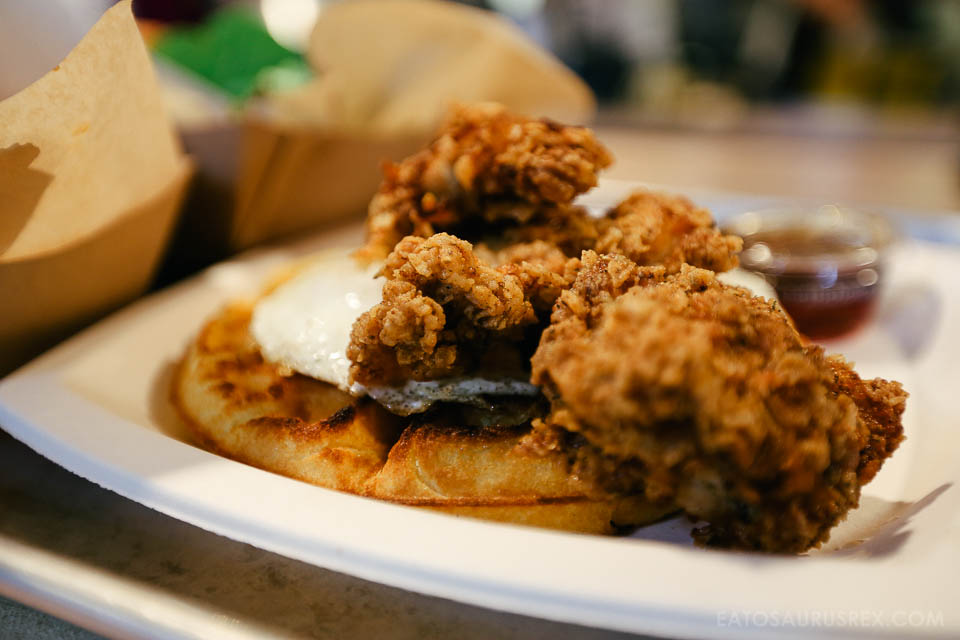 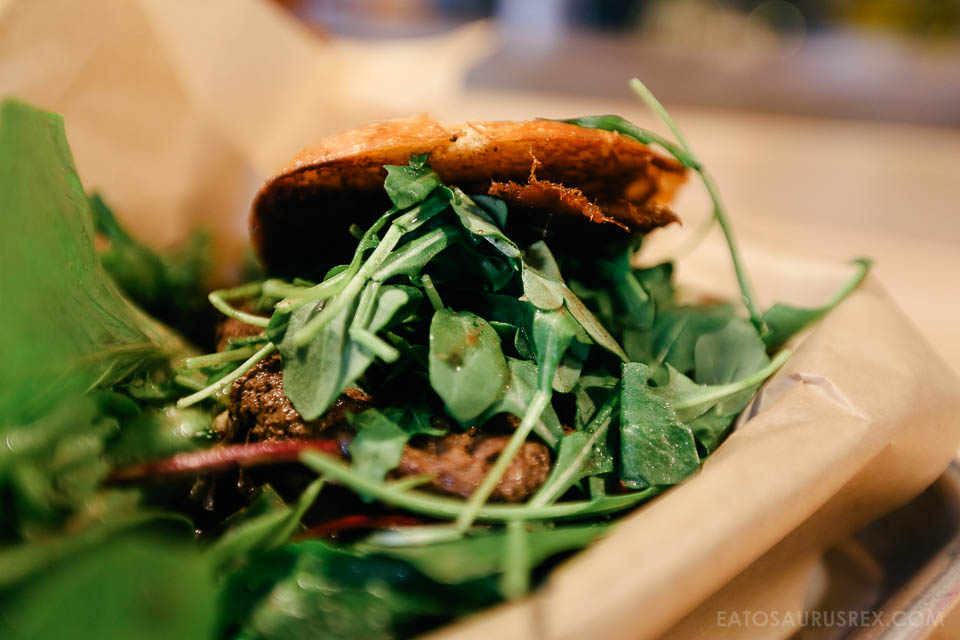 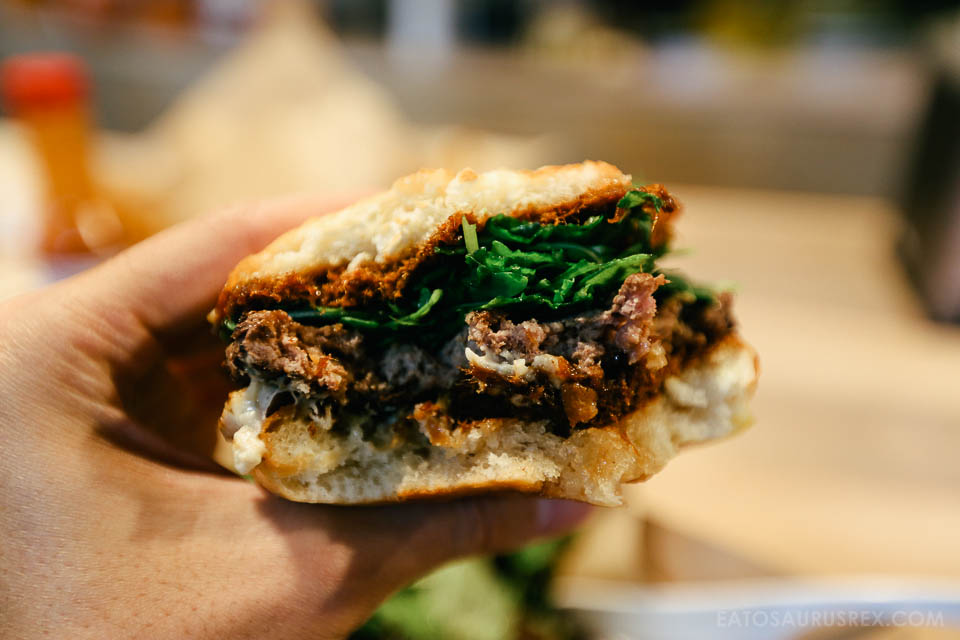 the burger (4 oz burger, bacon jam, arugula, creamy bleu cheese, brioche bun) $12.50
Wondering what bacon jam is? It’s not bacon flavored jam, if that’s what you’re thinking. It’s more like a paste that’s been made from dried and shredded pork. Not really bacon and not really jam, but just about as tasty as either of those on their own. 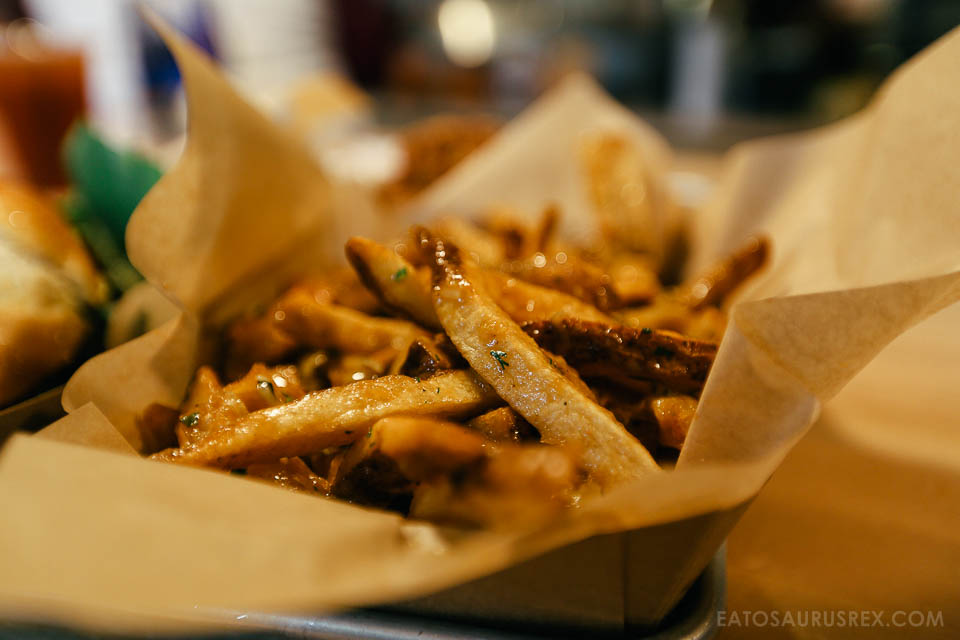 Poutine (hand-cut fries, gravy, cheddar, herbs) $7
For some reason my traveling partner and I thought we’d be able to finish our entrees along with this monstrosity. That’s because we’re fatties. And also dumb. Very dumb. 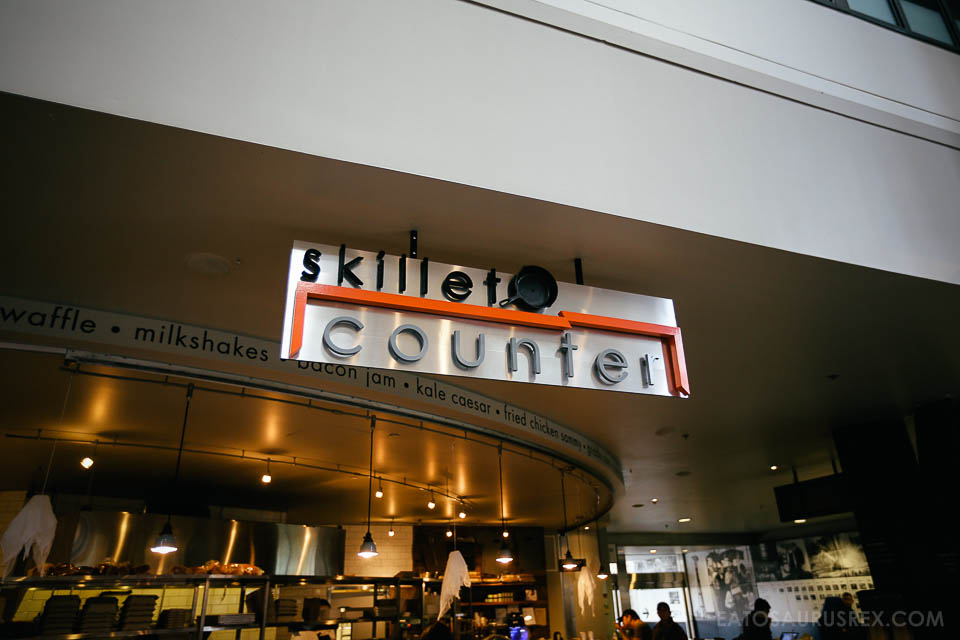 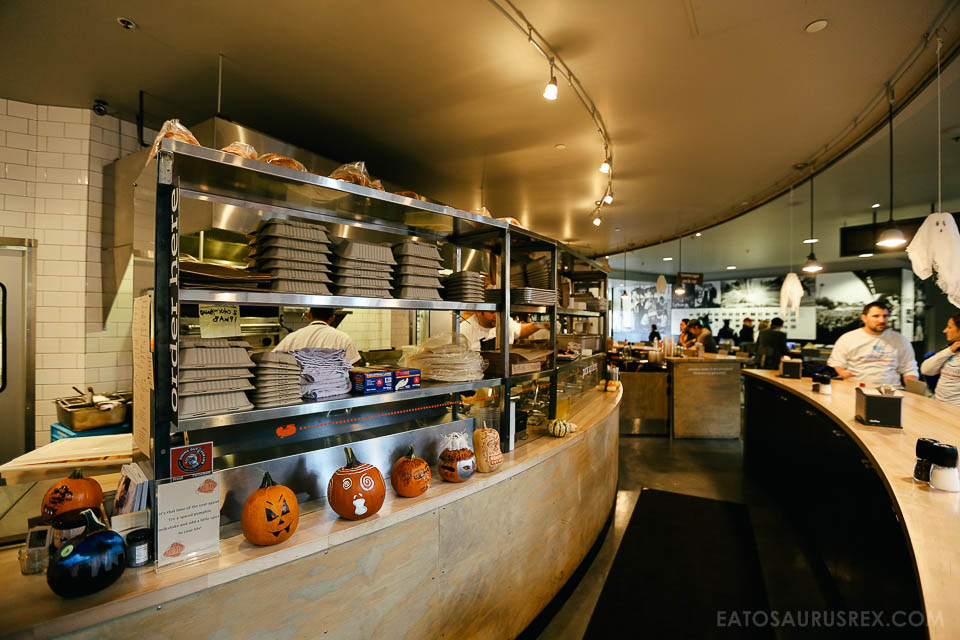