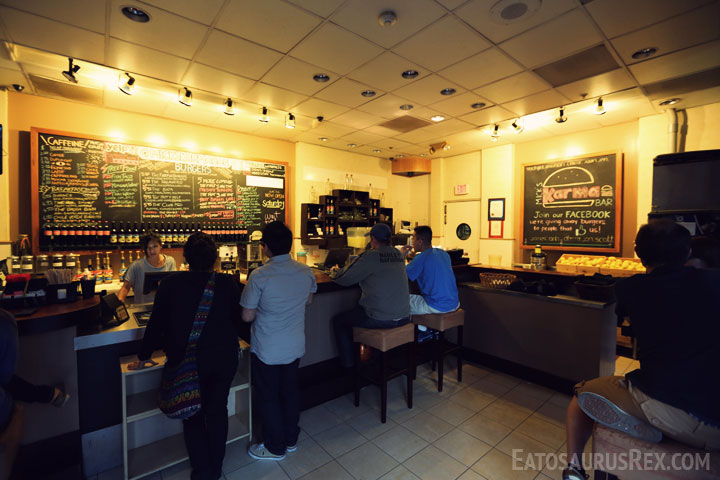 A couple of things about Mick’s Karma Bar. First of all it’s in a business park, so it’s not the kind of place you’d see while driving by and just stumble upon. Second of all, what’s up with the false advertising? When I hear Mick’s Karma Bar I picture a dive bar. Or a pub. Or any other sort of establishment that resembles, well, a bar. Not that I really care, it just wasn’t what I was picturing in my head at all. Instead of some grungy dive bar snuggled in some seedy alley selling awesome burgers, it’s a little cafe in the corner of a huge corporate business plaza. That aside, though, this place is actually pretty awesome. Finding it can be a bit of a hassle since you have to park in the corporate parking structure, but the food is amazing and Mick is super friendly. At least I’m assuming it was Mick. There were a bunch of young Asian workers and then one old White guy walking around talking to people so I just sort of assumed he was Mick. If not, it’s possible they’ve got a problem with really friendly and helpful sex predators. 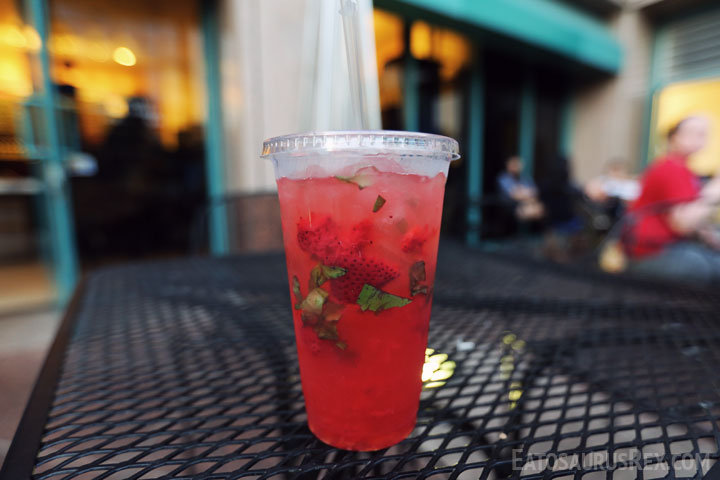 Strawberry Basil Lemonade – Refreshing and interesting. If you enjoy lemonades that don’t really taste anything like traditional lemonade then you’ll probably like this. Assuming, of course, you also enjoy strawberry and basil. If not, then a strawberry basil lemonade might not be for you. Shocking, I know. 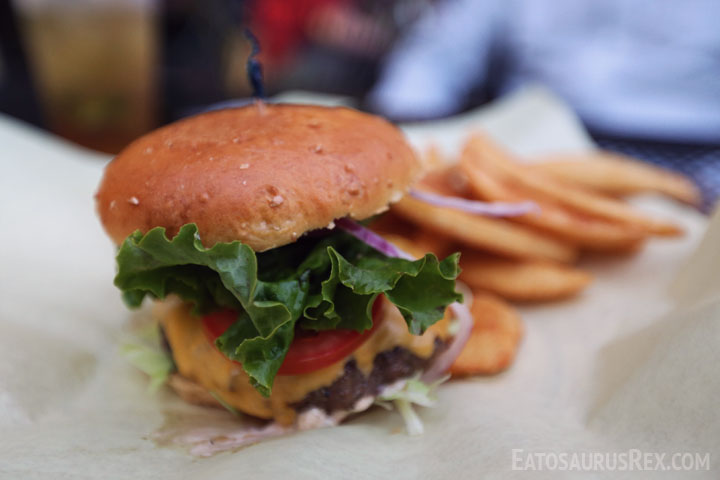 The Karma Burger (karma sauce, american cheese) – I’ve been on a bit of a burger binge lately. Not necessarily reflected on the site, but in my real life walking around as a dinosaur. That said, you can trust me when I say this place makes a good burger. It might be a little too saucy for some people, but I’m a fan. I’ve also had their Habanero Burger, and if you fancy yourself some spice, I’d recommend that as well. It’s essentially a Karma Burger, but instead of using their karma sauce they put on this spicy habanero sauce. I don’t know what other stuff goes in it, but you can definitely taste the habaneros. And I mean that in a good way, since a lot of spicy foods just burn for the sake of burning. Take, for example, Dave’s Insanity Sauce. Have you ever tried that madness? There’s no flavor there. Just burning death in bottle form. 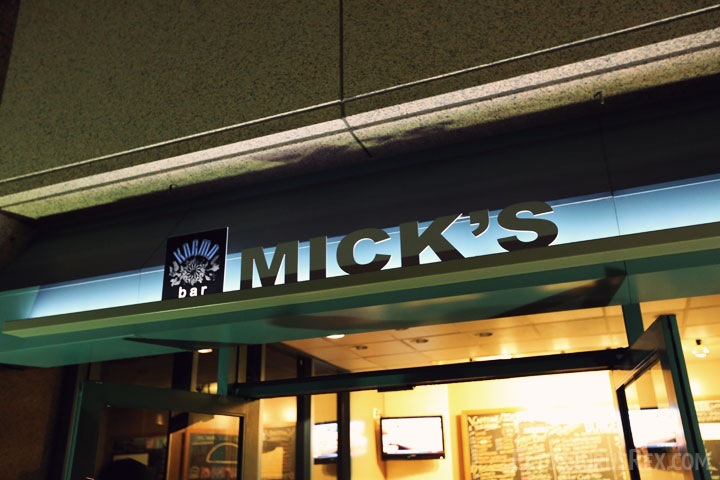