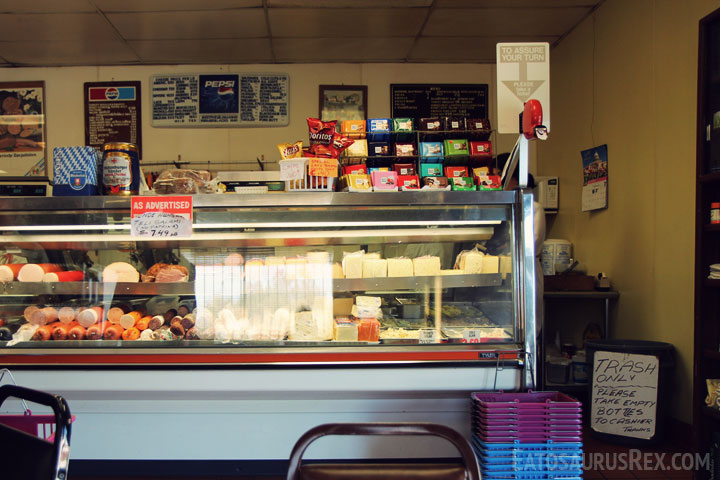 The first thing you notice about this place is meat, which makes sense since it’s called Mattern Sausage & Meats. It’s a deli as well as a market so at first I wasn’t sure how to order. There were people waiting around the counter like at a butcher, so I pulled a number and waited my turn. I don’t know anything about German delis, but the sound of German and German accents filling the air convinced me that this place is legit. Workers walk around in white coats and you’re left with the sense that these people know their way around a sausage. I can’t verify that fact, but they definitely know their way around a sandwich. I had a German potato salad, a smoked pork chop sandwich, as well as a pastrami sandwich, and when I went to pay my check the cashier gasped and commented that I must have been hungry. I was, but it was ironic coming from the cashier who couldn’t have been a hair under 6 feet tall and looked like she could have easily consumed double what I ate. She wasn’t fat, she was just, well, a lot of woman. Look, all I’m trying to say is that this place makes really good sandwiches and that giant women scare the crap out of me. 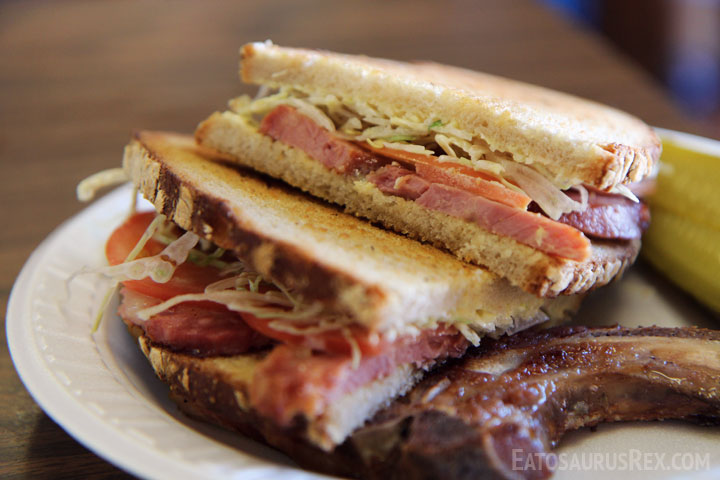 Smoked Pork Chop Sandwich – Delicious. Probably not the healthiest sandwich you’ll ever eat, but there are far worse ways to die. 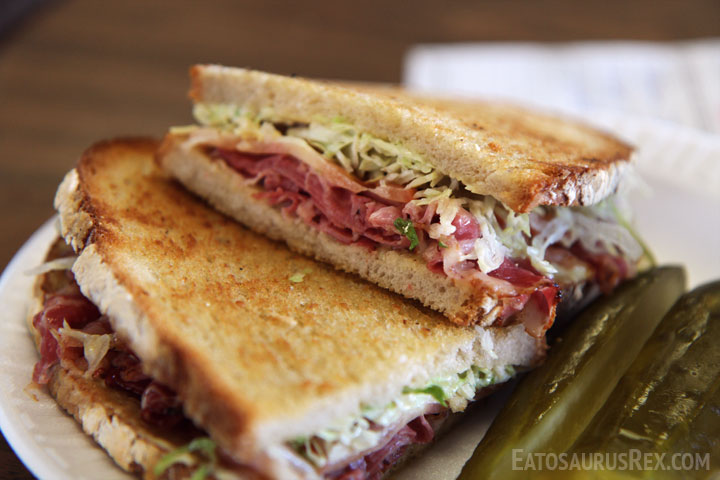 Pastrami Sandwich – Essentially the same as the smoked pork but with pastrami instead. If you’re not especially in tune with the flavor and texture of meat, you’d think you were eating the exact same thing. 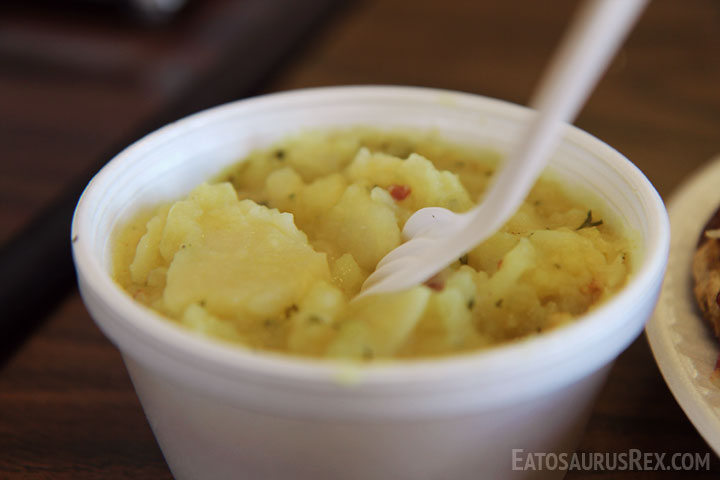 German Potato Salad – Oh, man. Warm potato salad sounds counterintuitive and disgusting, but this was really good. I mean really good. It’s a bit more sour than your standard potato salad and tastes a bit lighter, but if you’ve never had it, get it. 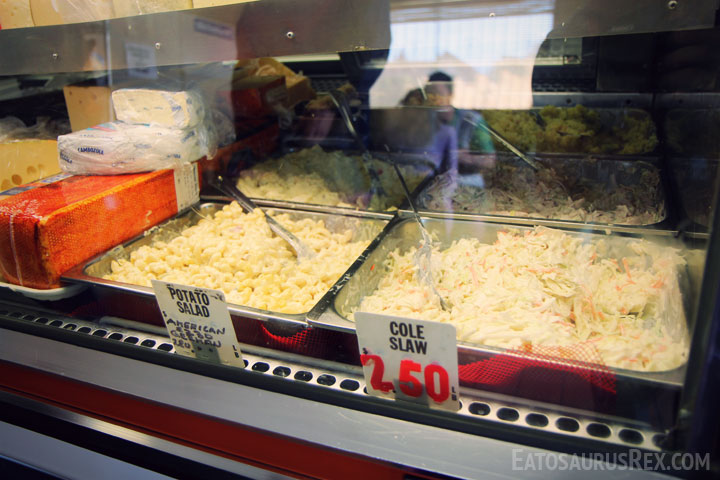 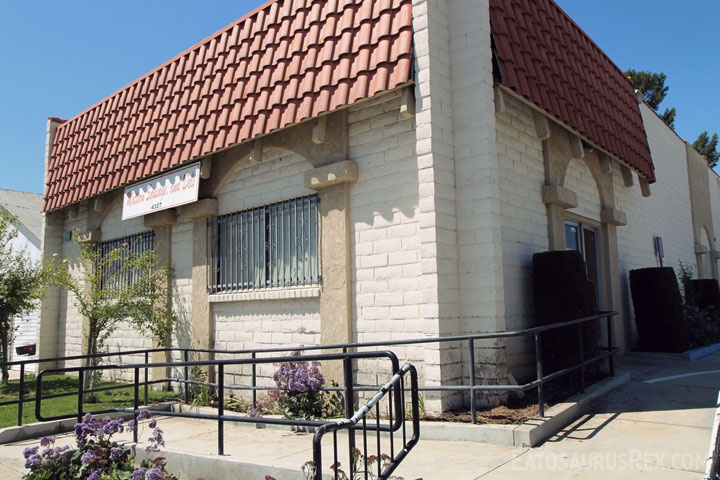