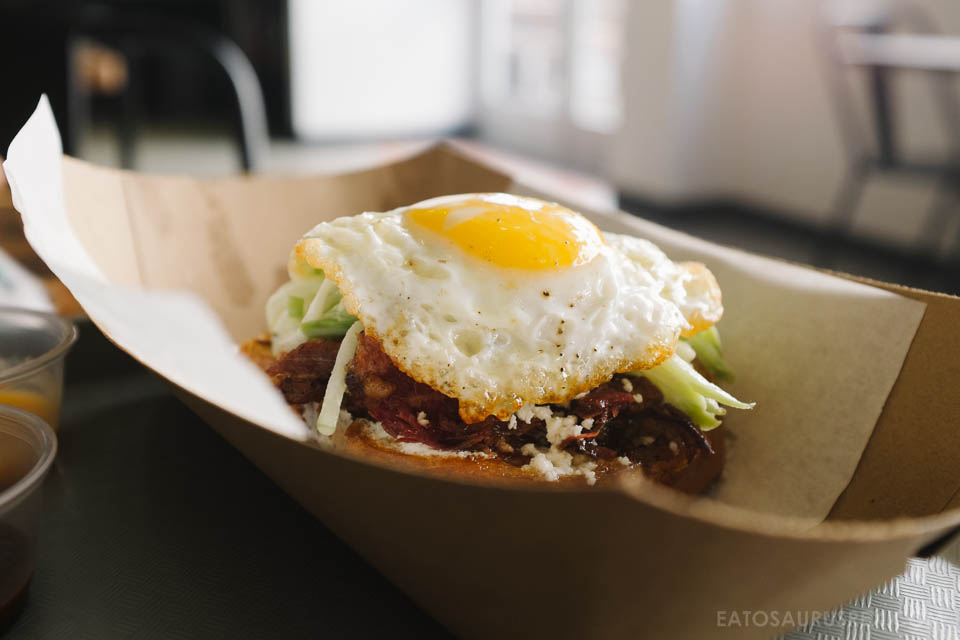 What started out as a pop-up brunch in LA has turned into a permanent food booth in the newly opened 4th Street Market in Downtown Santa Ana. Opened by the people behind KTCHN LA, what KTCHN dtsa lacks in reasonable prices they make up for with fried eggs. What does that even mean? It means they top everything with a fried egg. Maybe somebody bought too many eggs at Costco. Or maybe their boss is a chicken. All I know is that they’re really good at making eggs and they really like putting them on things. I guess if I was as good as they are at making eggs I’d be putting them on everything too. Cereal? Put an egg on it. Smoothie? Let’s get an egg on there too. 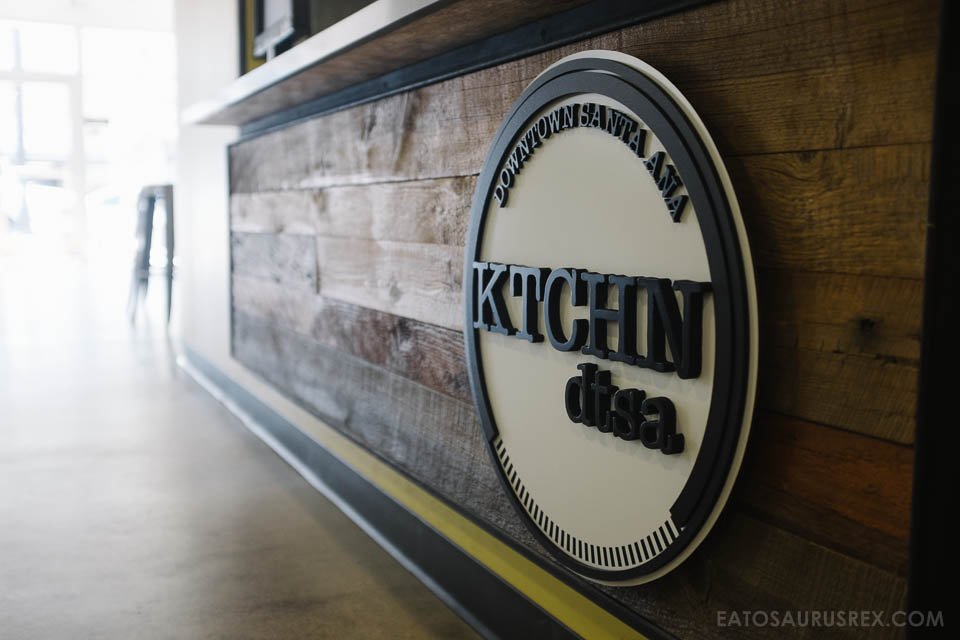 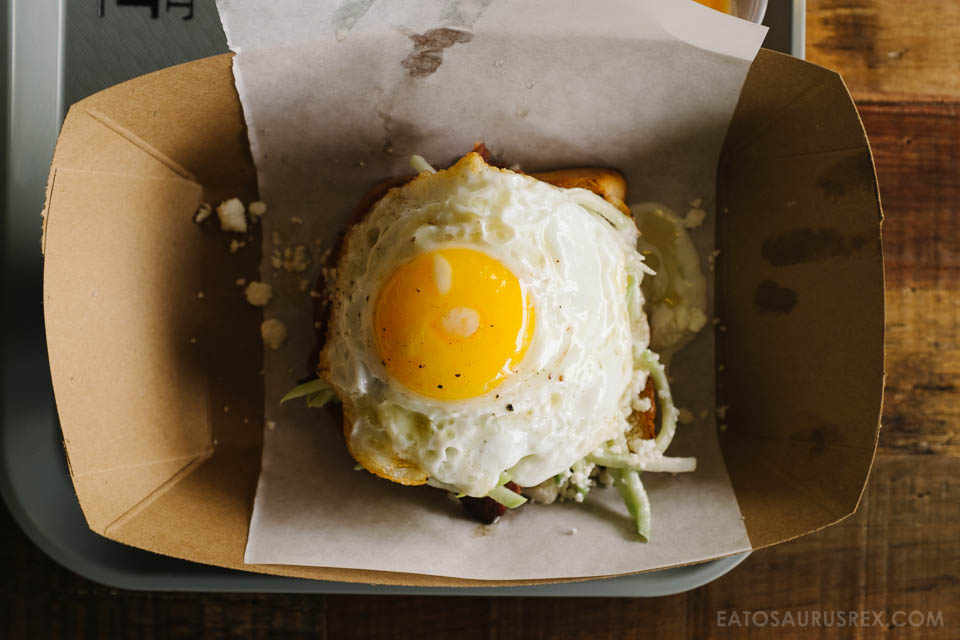 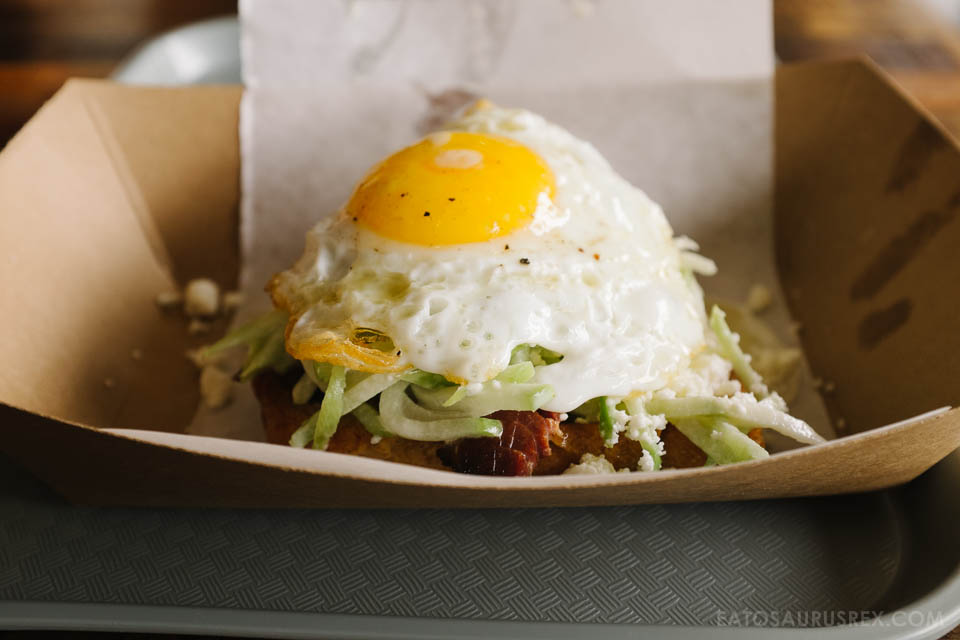 $8.95 Smoked Corned Beef & Egg (cured and smoked corned beef, toasted bread, serrano cream, lime vinaigrette chayote, queso fresco, fried egg, cumin oil)
See what I’m talking about with the eggs? I asked for a recommendation and the lady behind the counter (who also happened to be the lady behind the counter when KTCHN LA hosted a friend’s birthday brunch) told me to get the corned beef sandwich. It was delicious, but it was small. Like, I-could-eat-this-in-four-bites small. The egg was the perfect topping though. Well cooked, and dripping just right over the corned beef and chayote. 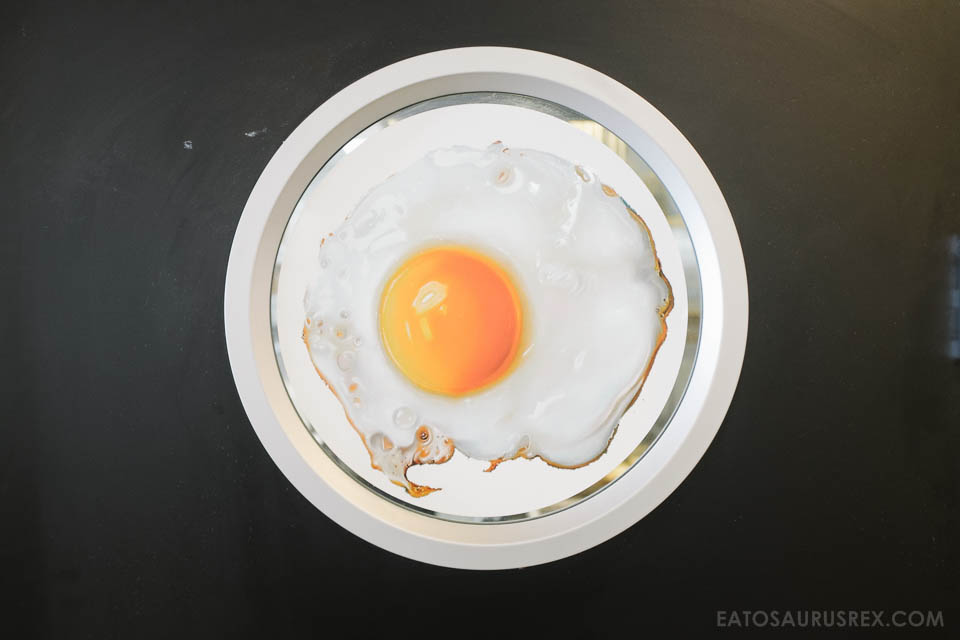 When I mentioned that this place puts eggs on everything I didn’t just mean their food. Look at the above picture. That’s the door to their kitchen. As in they took the part of the door you’re supposed to look through to make sure you don’t hit anybody when you open it and they covered it up with an egg. These people might be insane.