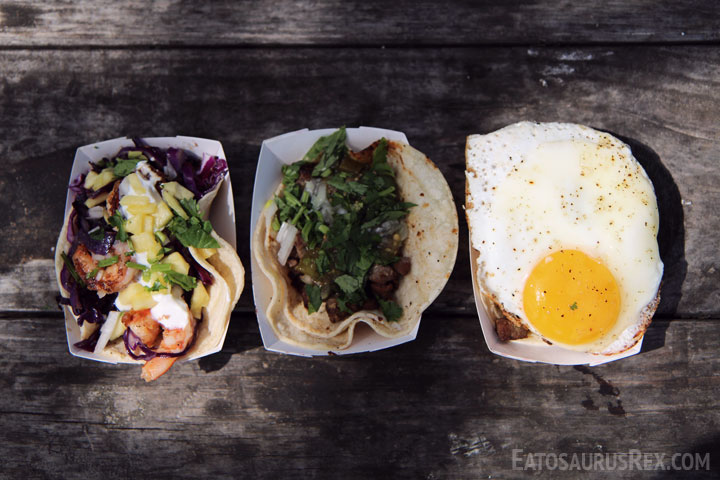 The first thing you notice about Dos Chinos is how badass their food truck looks. The entire thing is decorated with tattoo-inspired art and was done by an actual tattoo company: Bad Influence Tattoo. Like many other food trucks, Dos Chinos specializes in Asian/Mexican fusion, which means lots of tacos and burritos with Asian ingredients. I wonder why nobody has gone the other way, and made bean egg rolls or carne asada fried rice. Okay, bean egg rolls sound pretty terrible, but carne asada fried rice actually sounds like it’d be pretty delicious. Somebody get on that. And by somebody I mean me. Tomorrow I’m going to pick up an egg fried rice and a carne asada burrito and then combine the two into a giant delicious mess. Maybe I’ll throw in some dumplings and a pollo asada taco as well. Yes, yes, this sounds like the best plan ever. If you don’t hear back from me, assume I’m in the hospital recovering from my overdose of deliciousness. 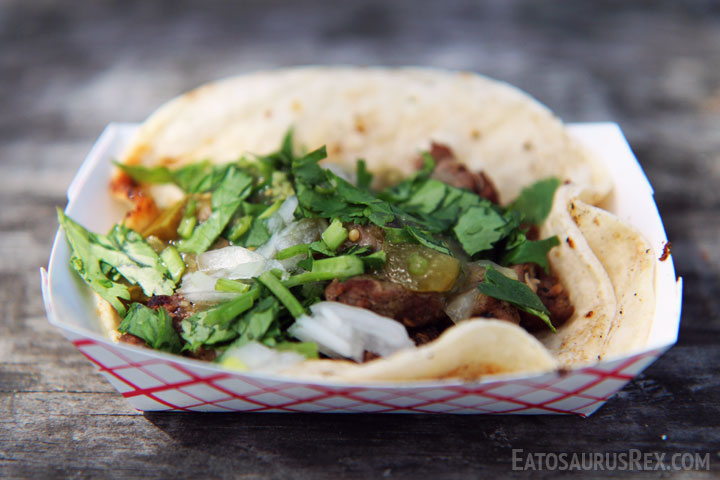 Dos Chinos Asada (Vietnamese/Mexican rib eye asada) – As far as food truck tacos go, this is about as average as they get. Didn’t help that it was cold when I got it. I actually wanted to get the Bolsa Roast Pork taco but they were sold out and this was my replacement. Not bad, but feel free to skip it. 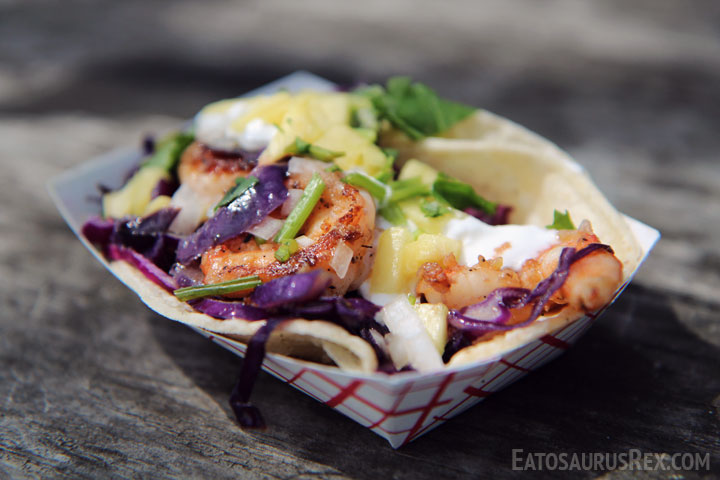 Oahu Shrimp (garlic butter shrimp with pineapple) – By far the best of the three tacos I tried. I don’t know how it compares to the Bolsa Roast Pork, but the guy in the truck told me this was his favorite as well. And then we stared into each other’s eyes and went for a long walk on the beach. 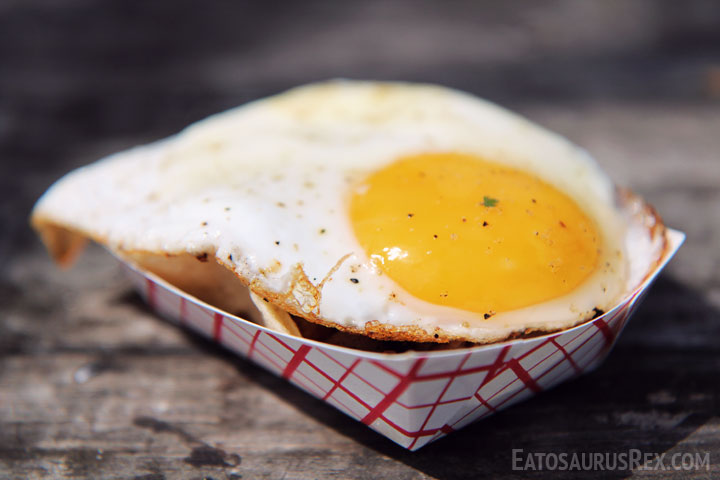 DC Breakfast (chorizo fried rice, eggs, rib eye asada) – The egg is nice and runny, and adds a nice yolkiness to everything. Because, ya know, once you take a bite, yolk pretty much gets everywhere. And I mean that in the best possible way. 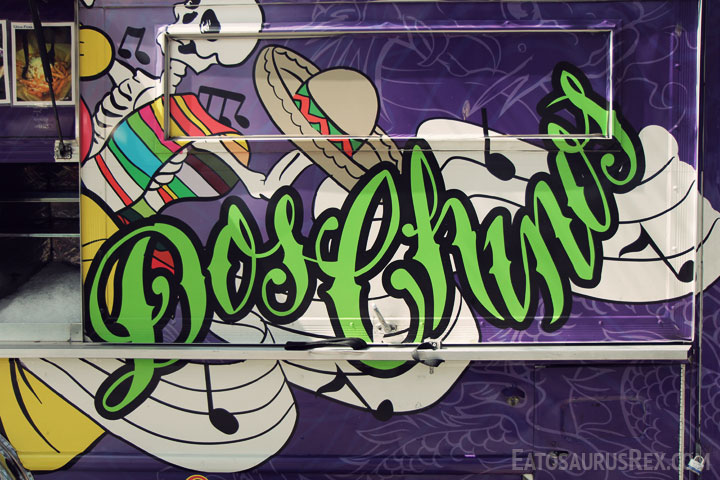 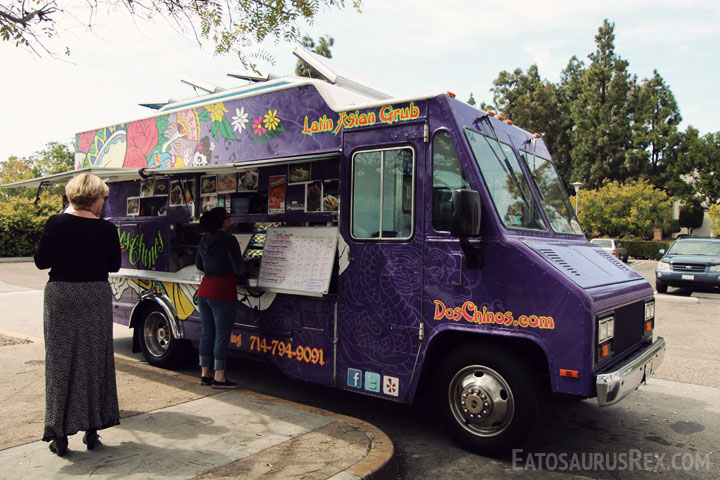