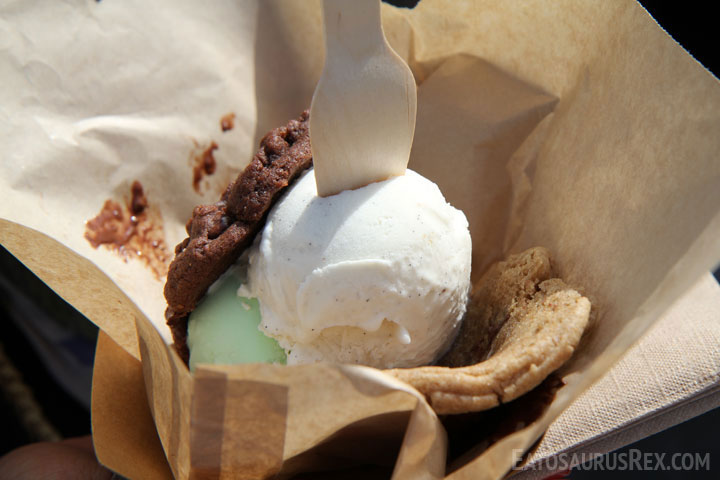 Considering I have the palate of an 8-year old and think Carnation ice cream sandwiches are the greatest thing ever invented, you’d think a food truck specializing in ice cream sandwiches would make me wet my pants. Unfortunately, perhaps my expectations were too high because I left feeling disappointed at just how average everything was. I guess it’s my fault for going with the traditional flavors of the Goober Doober (cookie, brownie, mint chip and vanilla ice cream), but I was just hoping for more. I don’t remember the menu, but I guess next time I’ll go for something that sounds a little more exotic. Maybe something with the word ‘spicy’ in it. If that exists. Which it probably doesn’t. 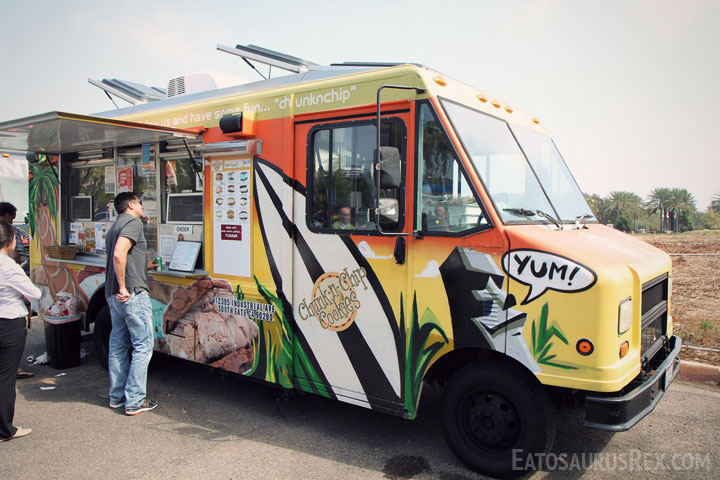