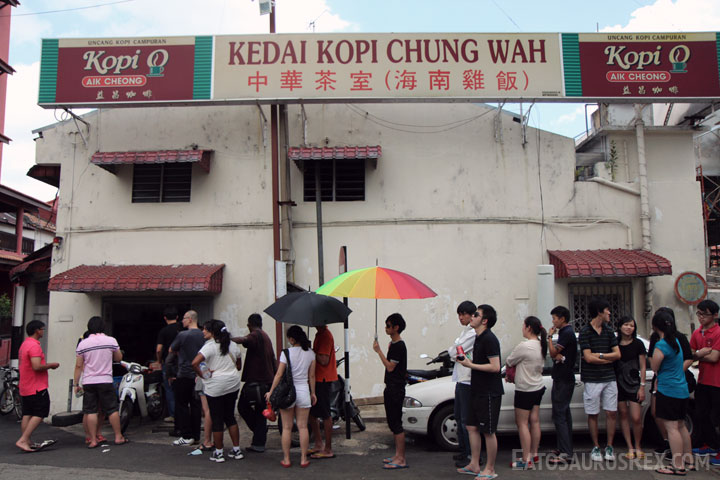 Chung Wah Chicken Rice Ball is the other big player in the Melaka chicken rice ball game aside from Hoe Kee Chicken Rice. I wanted to hit up both places back to back to get a good idea of how they compare. The line at Chung Wah was way worse than Hoe Kee, and at first I thought it was just the time of day, but as I walked passed Hoe Kee I could tell the line at Chung Wah was still much longer. I’m assuming it’s because they’ve made it into a guidebook. Or maybe they’re casting spells, but whatever they’re doing it’s working. Like Hoe Kee, I didn’t even order. I told them how many people I had, the host told me a price, and then pointed at a place for me to sit. Luckily they gave me exactly what I wanted, but again, how did they know? They do actually have more than one thing on their menu. I suppose if you look touristy enough they know what you’re after: counterfeit purses. No wait, I mean chicken. Why did I say counterfeit purses? No, no, there’s no need to look in my luggage, customs officer. 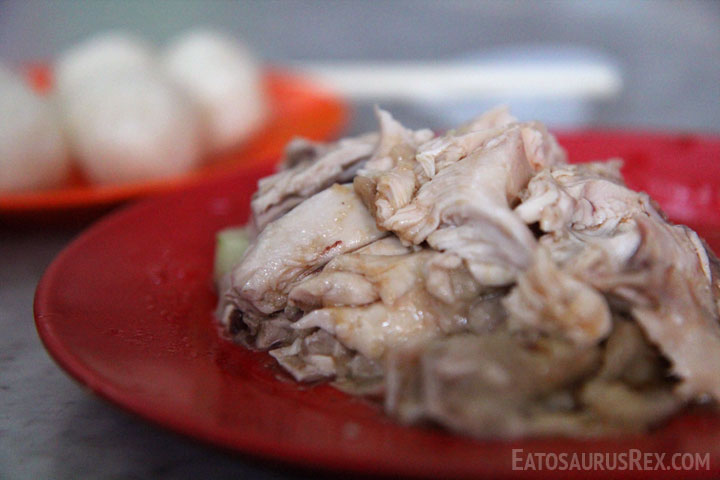 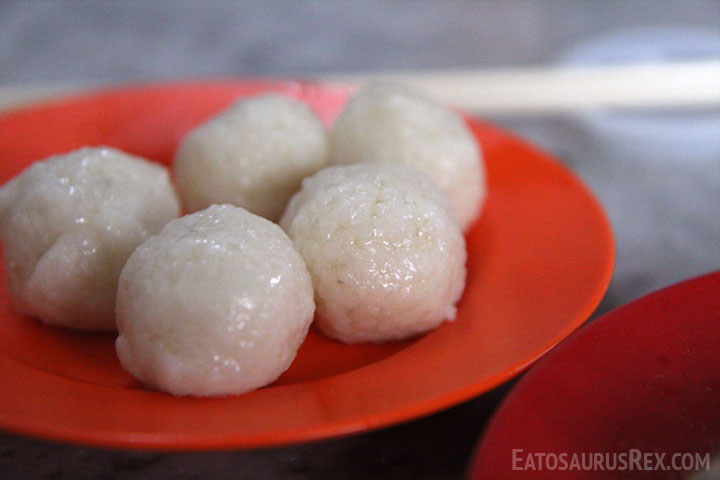 Chicken Rice Ball
Everything at Chung Wah is good, but Hoe Kee is just a little bit better. The rice, the chicken, even the chili sauce. Maybe it’s because I tasted Hoe Kee first, but in my mind it holds a small but distinct edge. Plus their chicken had far less bones, and in my book that’s worth like 90% of your score. The other 10%? How many times the waitress says the word “cat.” It’s a strange system, I know, but it’s effective. Effective at telling me how insane the waitress is. 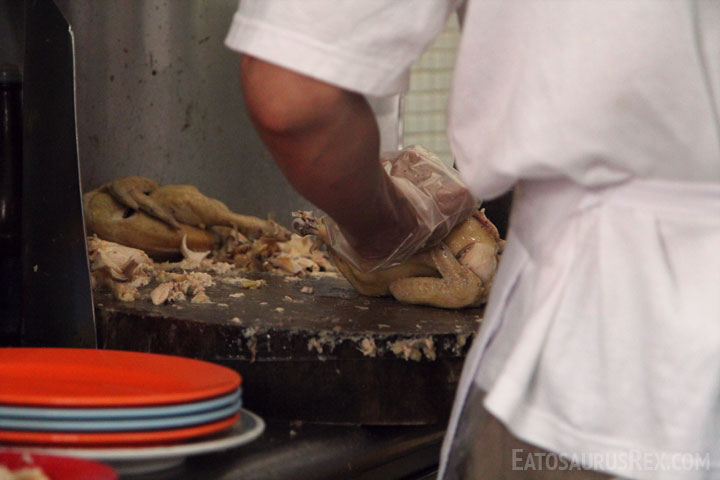