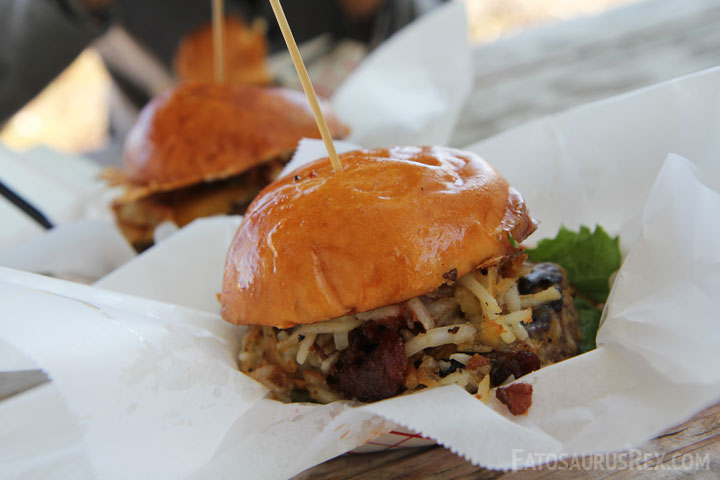 Holy crap. That’s how I’m going to sum up this review. Of all the food truck hamburgers I’ve had (and hamburgers in general for that matter) this has to be one of my favorites. I’m not sure if it’s the brioche bun or the fact that there were hash browns in the one I ordered, but these things are maddeningly satisfying. The closest thing I can liken it to is Umami Burger, where the juiciness of the burger combines with the slightly sweetened brioche bun for this perfect mmmMMMmmMM-ness. Yes, that’s right, it’s so good I couldn’t even come up with a word for it.

5/9/12 UPDATE: I tried Burger Monster again and I’m disappointed to say that the second time around was way worse than my initial experience. The burger was overcooked and dry and the bun was stale. I’m not sure which time was the fluke, but I have to downgrade my rating until I get a chance to try them again. 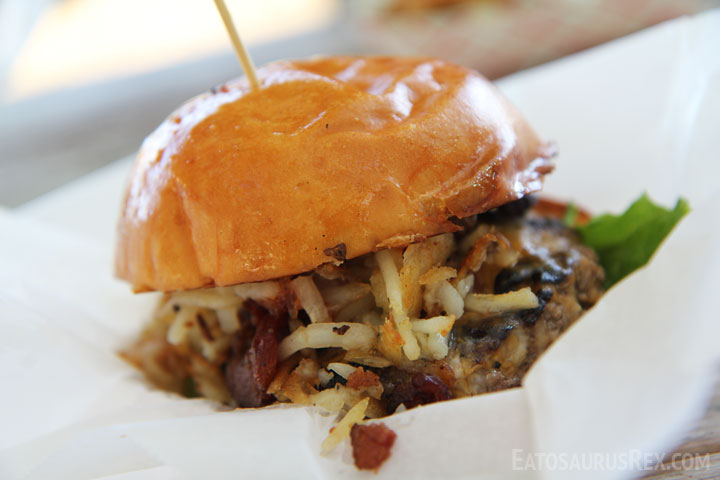 Attack of the Killer Potato (Angus patty, hash browns, bacon, lettuce, tomato, melted cheddar, home-made BBQ sauce and Sriracha garlic sauce) – Order it and then thank me later. Assuming you can stop moaning in pleasure long enough to do so. 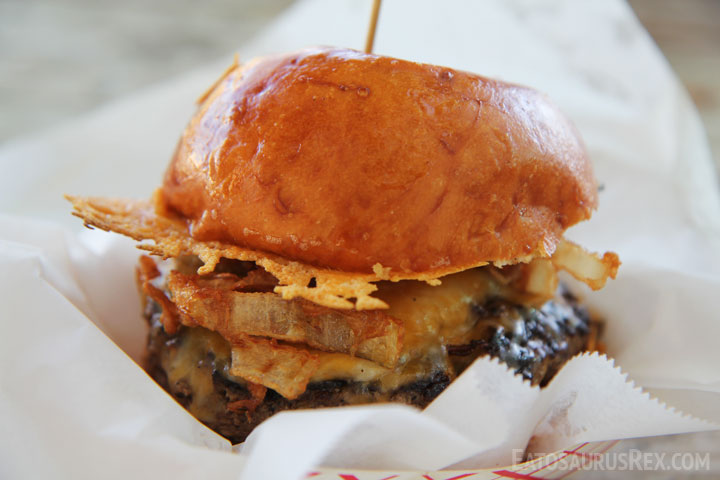 Mighty Melt (caramelized cheddar coated brioche bun, Angus patty, bacon, more cheddar, tempura onion strings, BBQ sauce, and coleslaw) – This was super good, but I personally liked Attack of the Killer Potato better. Hash browns inside a burger? How could you possibly compete with that? Maybe get a hot girl in a bikini to hand feed it to me? 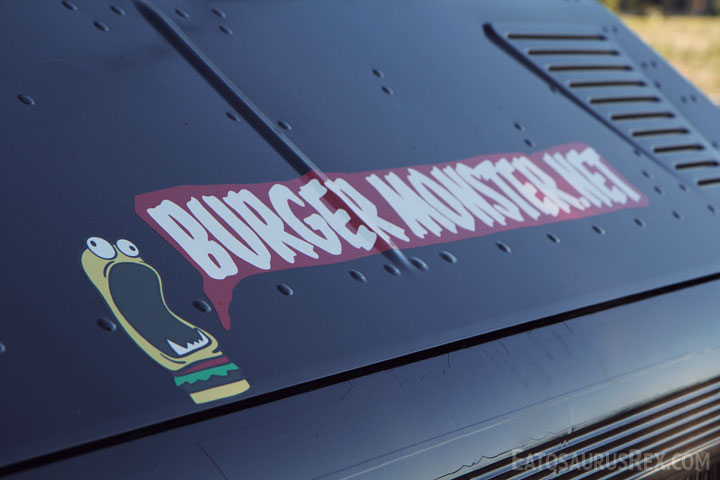 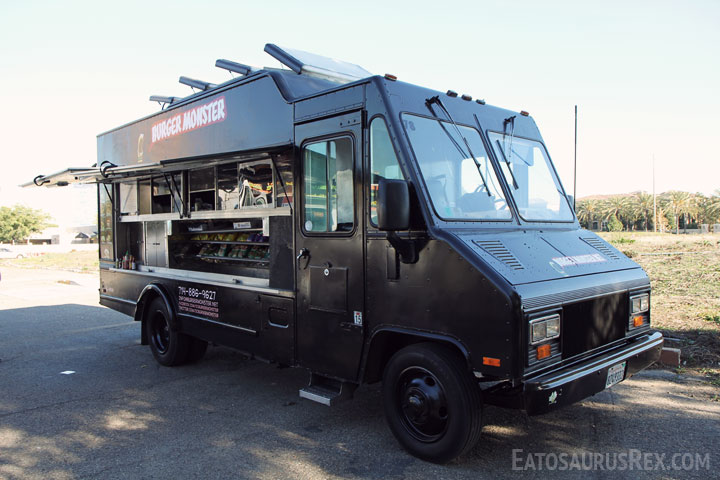