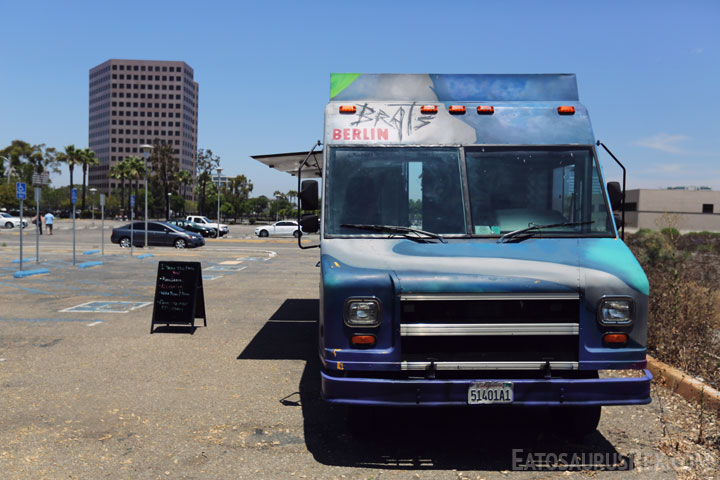 What would you expect a food truck called Bratz Berlin to serve? Yes, that’s right: Berlins. Tasty, tasty Berlins. I know what you’re thinking: but isn’t Berlin a city in Germany? Yes. Yes it is. But there’s no such thing as a ‘bratz’ so obviously this place has to serve Berlins. It’s the only thing that makes sense. Unless…no. It couldn’t be. You don’t think ‘bratz’ stands for ‘bratwurst’ do you? But that doesn’t make any sense because there’s no ‘z’ in bratwurst. I guess this is just one of those mysteries that we’ll never solve. 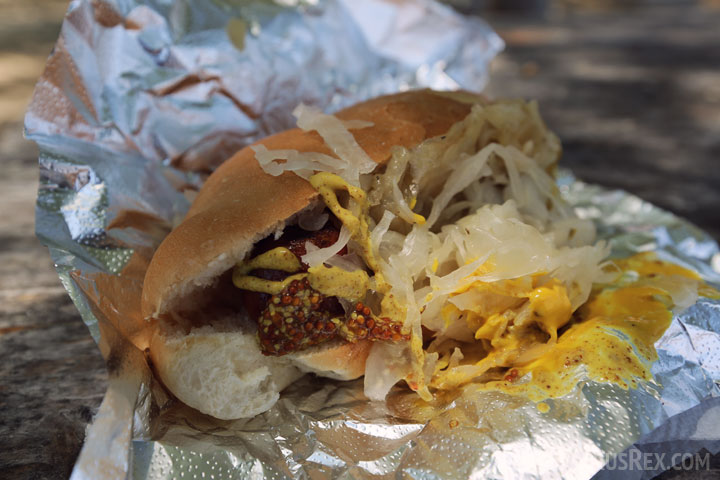 Kangaroo Cajun – It’s a kangaroo bratwurst. I’m not Australian so I don’t eat kangaroo on a daily basis, but I’m going to take their word and assume they made their sausage with real kangaroo meat and not some imitation crap. Honestly, though, once something turns into sausage form you could swap out the meat with anything and you’d have no way of telling. There are so many spices and flavors and other things in there that for all I know the sausage was made from a shoe. Still, though, pretty tasty. Just the right amount of heat, and I enjoy having a variety of mustards at my disposal. Like all bratwursts covered in onions and mustards, though, eating it without making a mess is close to impossible. The thing tipped over and everything fell off before I could even manage to take a picture. Can somebody invent a flat-bottomed hot dog bun, please? 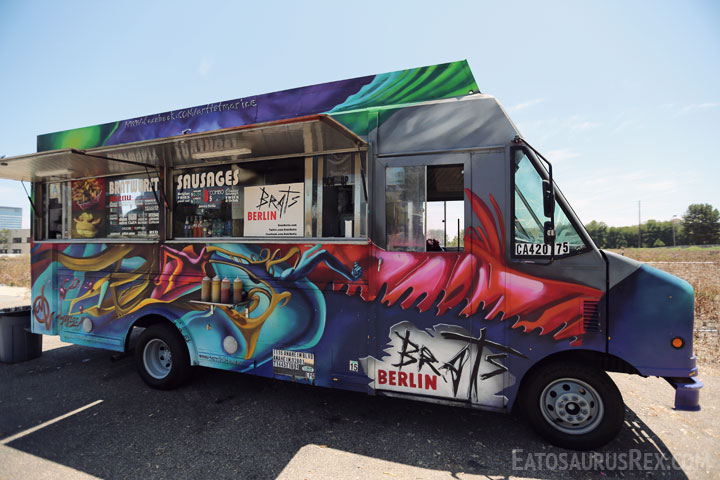