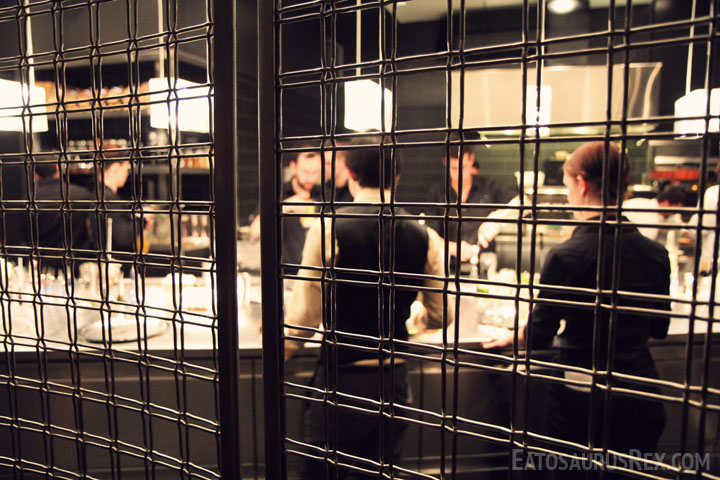 Navigation: The Aviary / The Office

We had originally planned on just drinking and snacking at The Office (The Aviary’s more exclusive basement speakeasy), but once we were there we decided to complete the experience (and our six hours of alcohol intake) by making a visit upstairs to The Aviary. The Aviary is Grant Achatz’ experimental cocktail lounge and is located next door to Next. Unlike the old-fashioned decor and ambiance of The Office, The Aviary is modern and sophisticated. The kind of place you’d bring somebody you were trying to impress, because only a classy individual such as yourself would lounge in such a classy establishment as this. The Aviary represents exactly what you’d expect from somebody like Grant Achatz, namely a place where modernity thrives and drinks border on science experiments. Make no mistake, Grant Achatz does to drinks what he does to food. With the aid of Chef Craig Schoettler, he makes you question your expectations of what cocktails are or can be. I’m surprised nobody has burned Achatz at the stake yet, because at this point I’m pretty sure the man is a wizard.

NOTE: I had previously written about The Office, which is the basement speakeasy of The Aviary. Looking back, I probably should have put up this post first. I probably should have done a lot of things. Learned another language, picked up an instrument, not murdered that prostitute and hid her in my closet. Ah, regrets. 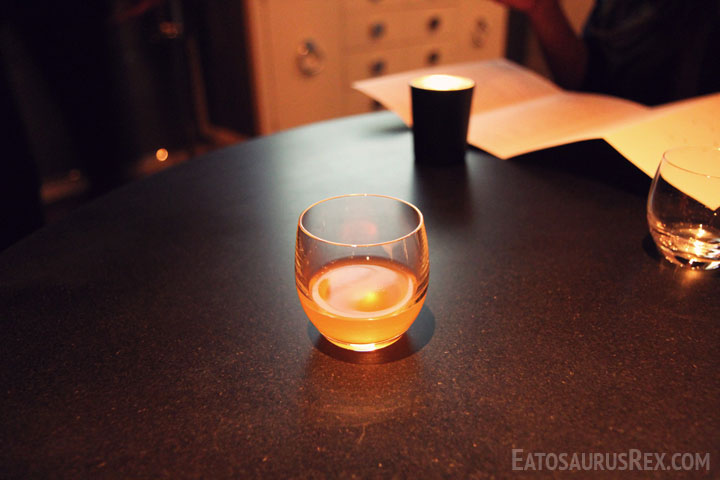 Amuse Bouche – I don’t remember what this was, but it was good. And free. And that makes it twice as good. 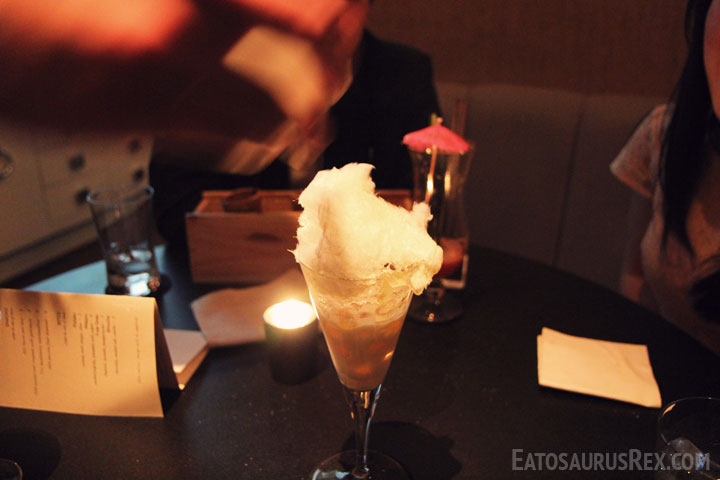 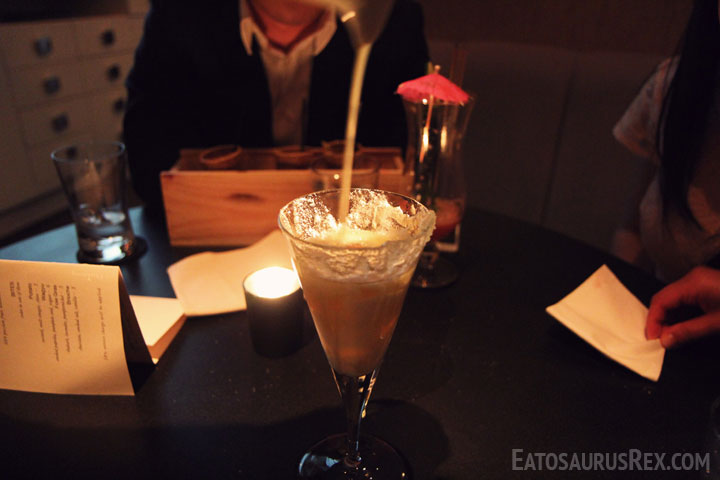 Pina colada, the disappearing barbarpapa – They melted the cotton candy using pineapple juice. I believe there were also rum balls in there, so every once in awhile you’d take a sip and a ball of rum would explode in your mouth. In a way that’s not as horrifying as that sounds. 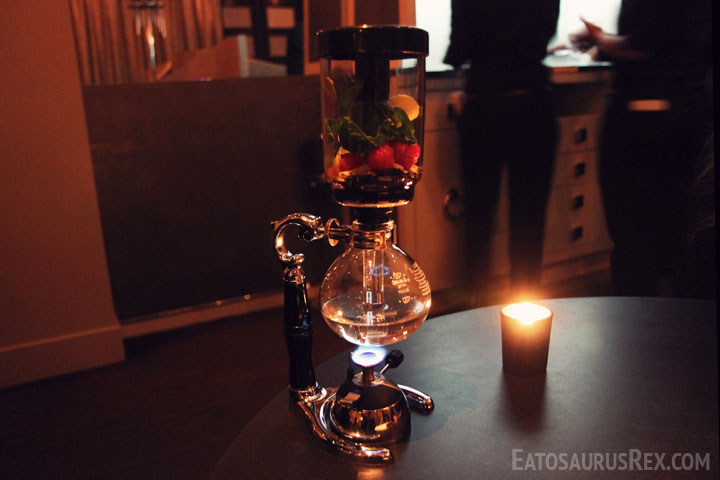 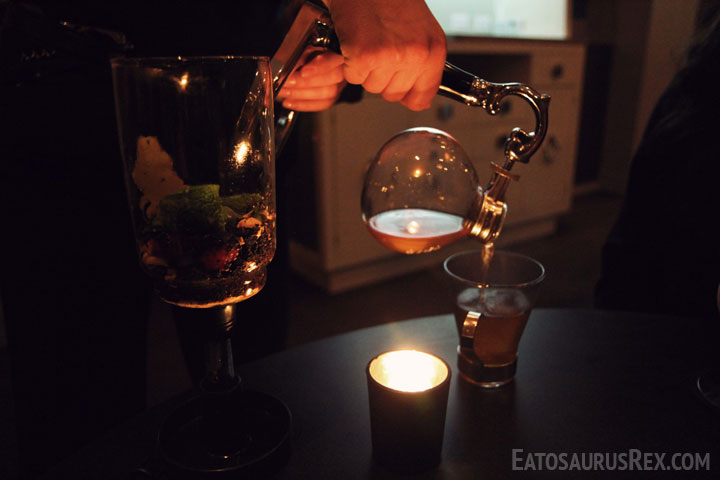 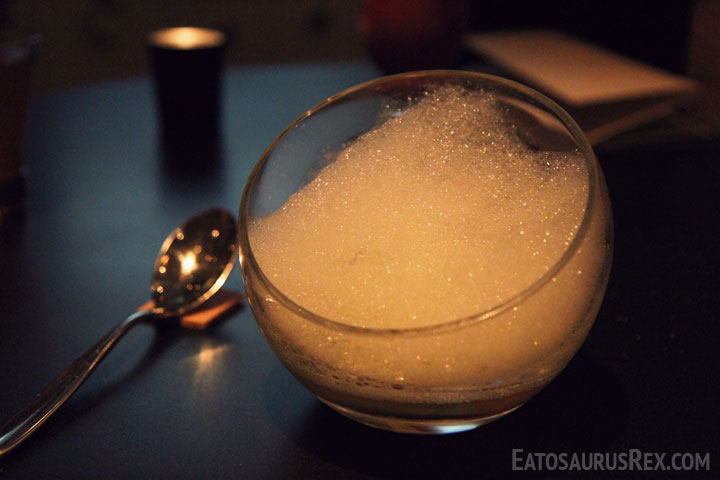 I can’t remember what kind of drink this was, but it had to be eaten with a spoon. Does that even qualify as a drink anymore? 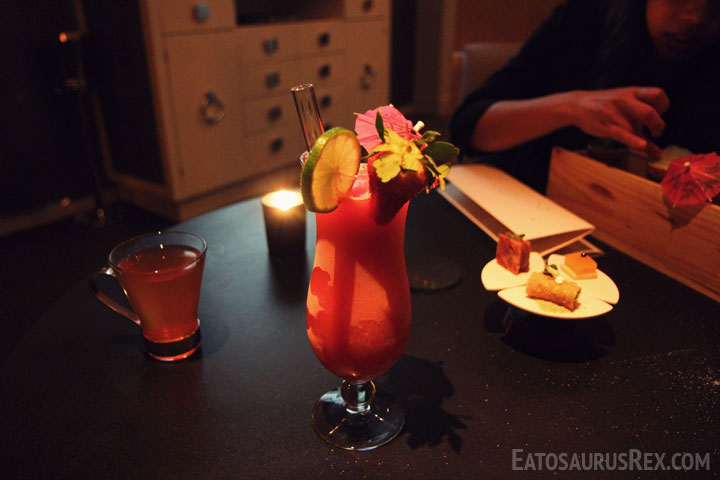 Strawberry Daiquiri (froze, lime, rum) – Probably the best daiquiri I’ve ever had. I’m not sure what they did to make it so delicious, but whatever it is, it worked. 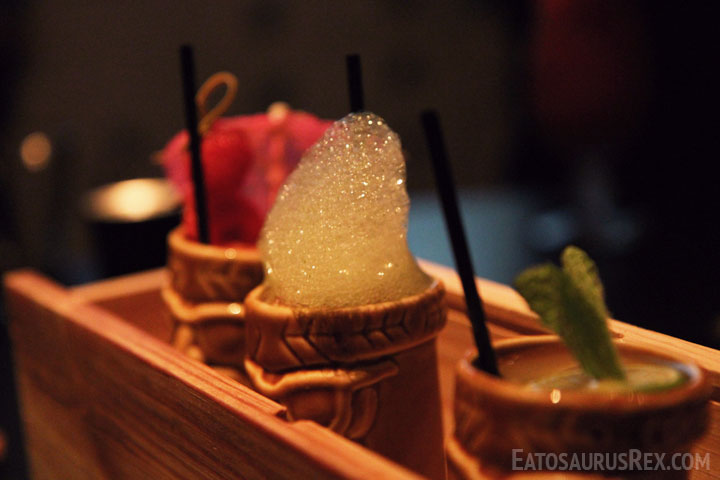 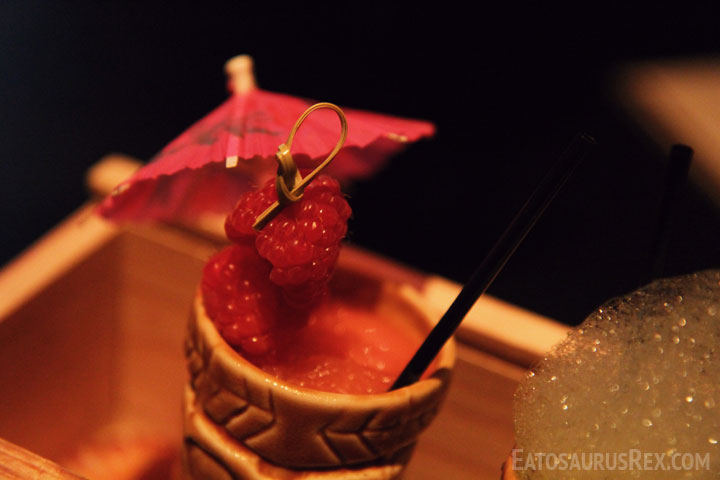 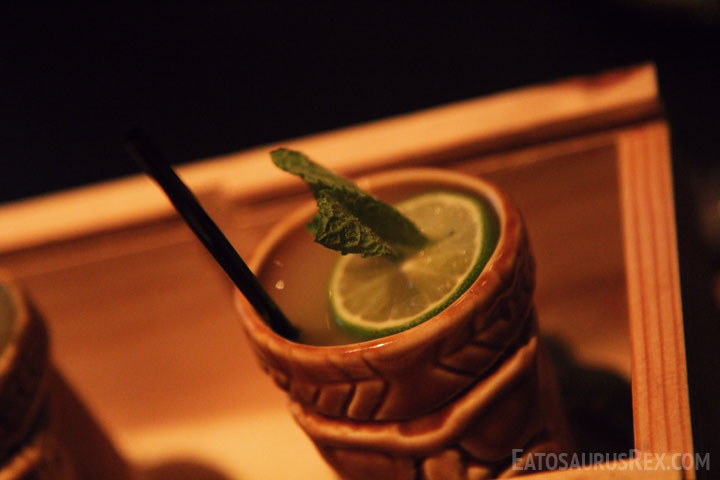 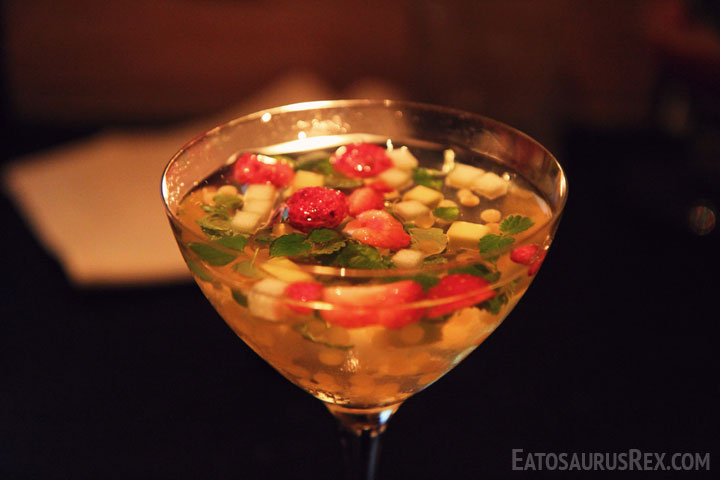 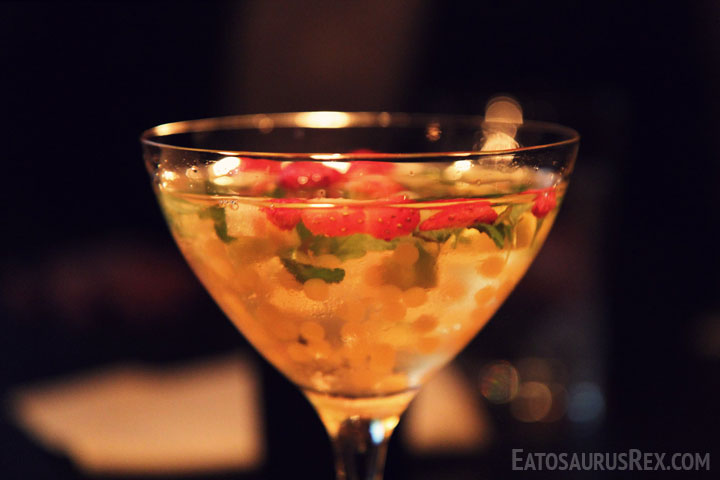 White sangria in suspension – If you’re wondering why they say “in suspension” it’s because the things floating in there are actually floating in there. Like they’re suspended. Get it? Eh? Eh? No, you’re stupid. Also, this thing was crazy strong. I don’t know if they were using alcoholic fruit or what, but it tasted way stronger than your typical white sangria. 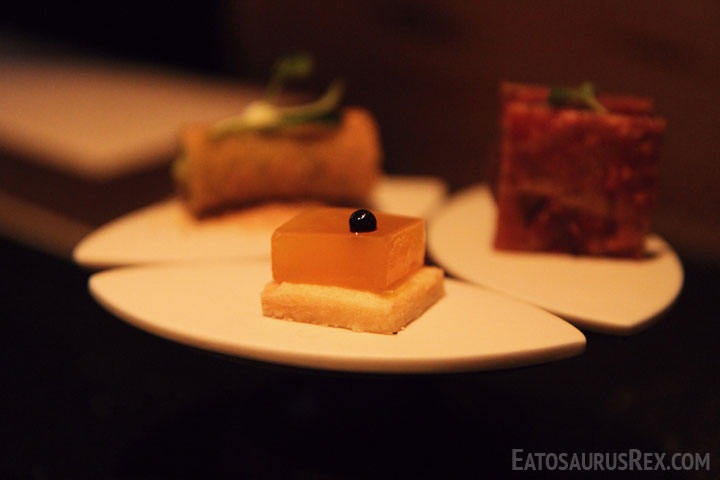 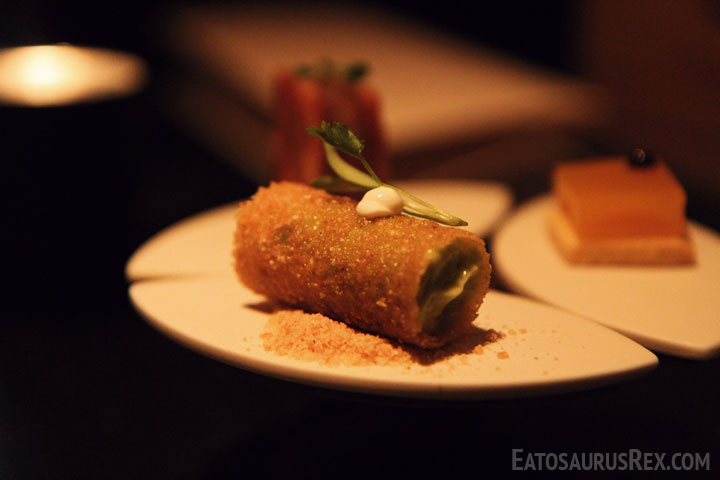 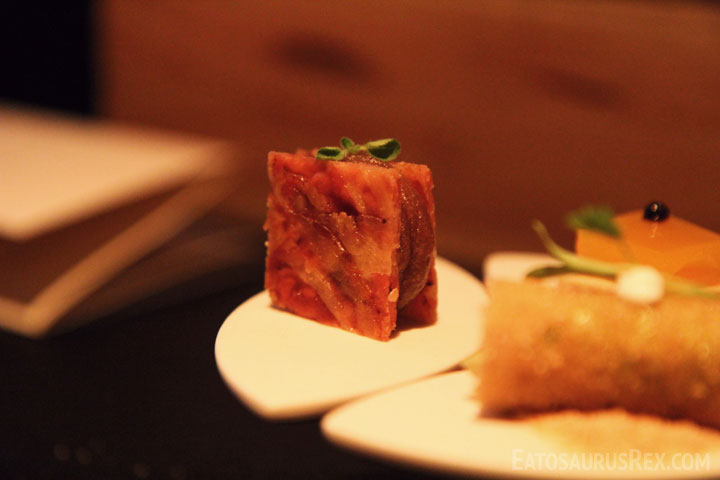 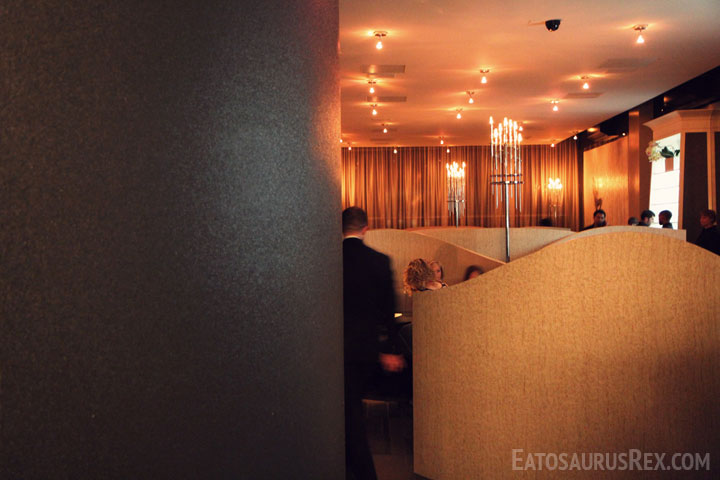 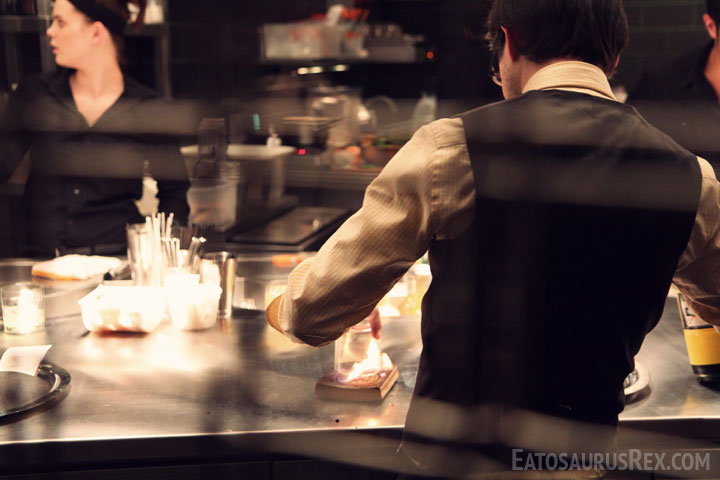 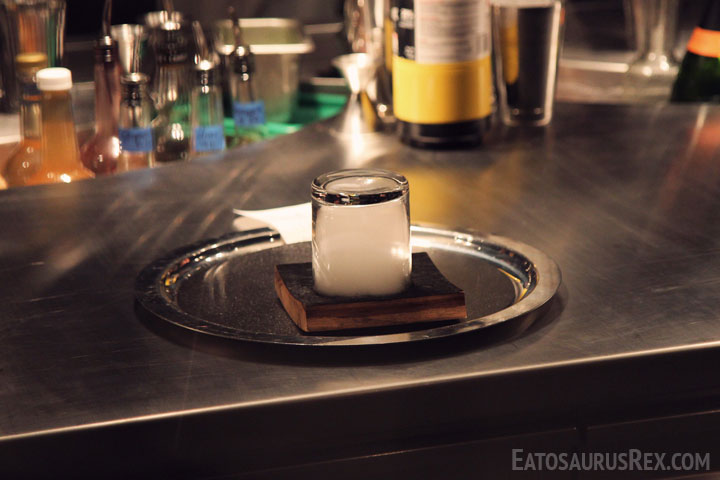 Executive Chef Craig Schoettler doing his thing. Which, I guess, is lighting stuff on fire to capture the smoke. Obviously. 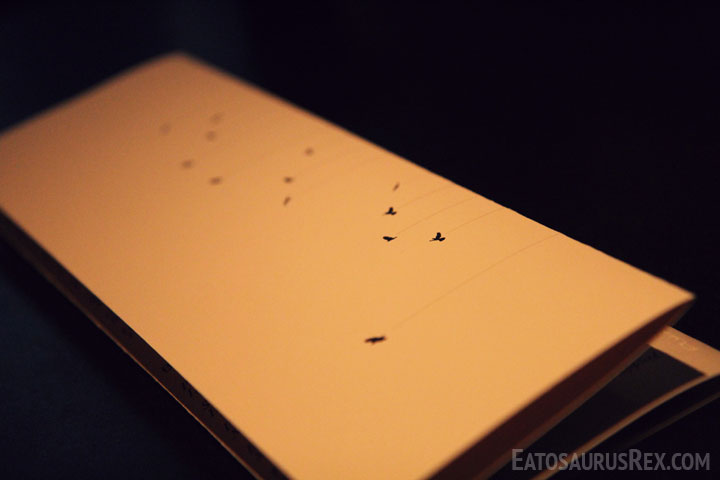 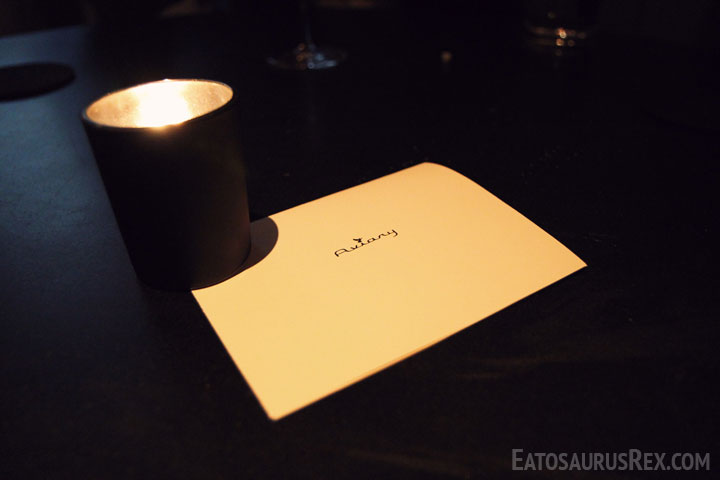