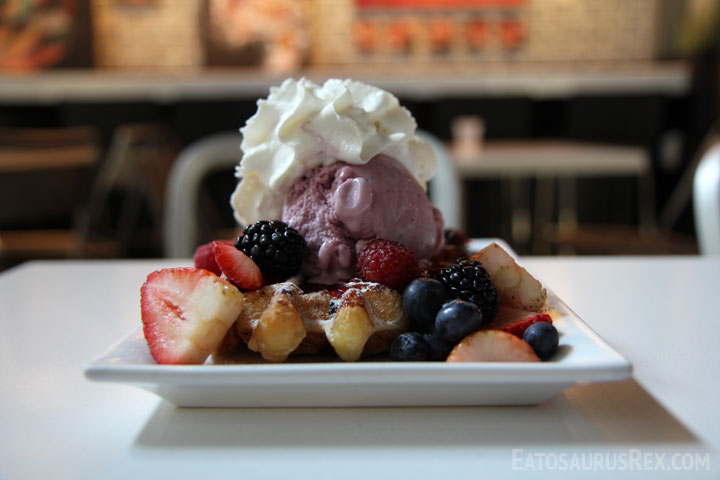 I seriously love waffles, and after visiting Syrup, I’ve discovered I also love waffle’s sexier, more delicious sister: the liege. Syrup is located in downtown Los Angeles right across the street from a nightclub I got punched in the face at (this isn’t a joke; I actually got punched in the face at the nightclub across the street). They’re open until midnight; which sounds late, but isn’t at all when you’re stumbling out of a club at 3am wishing there was a place you could stuff your face full of delicious desserts. A man can only eat so many danger dogs before his stomach throws up its hands in defeat. Oh, and they’ve got free wi-fi if you’re into that sort of thing. You bum. 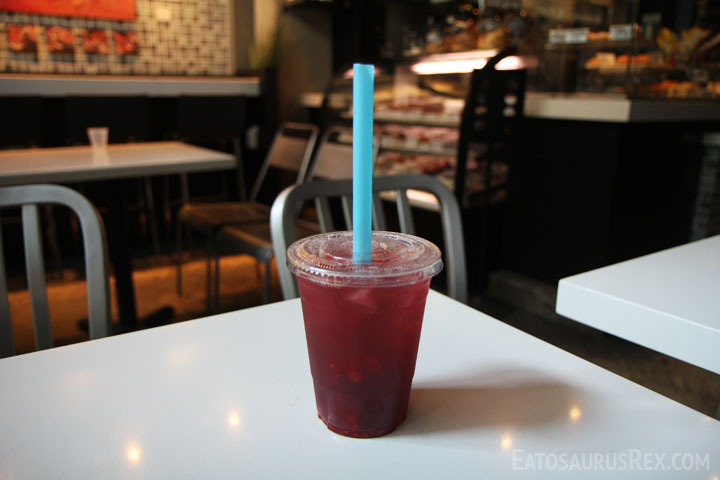 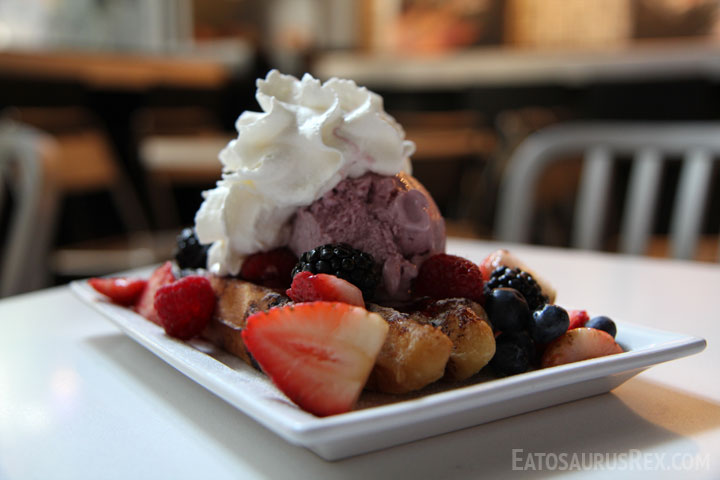 Mixed Berries Liege (Blueberry Farm waffle, blackberry jasmine ice cream, sweet mascarpone topping, mixed berries, mixed berry compote) – If you’ve never had a liege before, it’s like a richer, sweeter, denser, slightly chewier version of a waffle. And, yes, it’s every bit as delicious as that sounds. They pair it with their awesome blackberry jasmine ice cream and the result is something out of a wonderful waffle-like dream. It’s not the most original dessert, but man do they do it well. If you don’t like this thing you either have terrible taste in desserts or you’re Hitler. Or you’re lactose intolerant, in which case man up, eat the ice cream, and spend the whole night farting up a storm. Like a man. 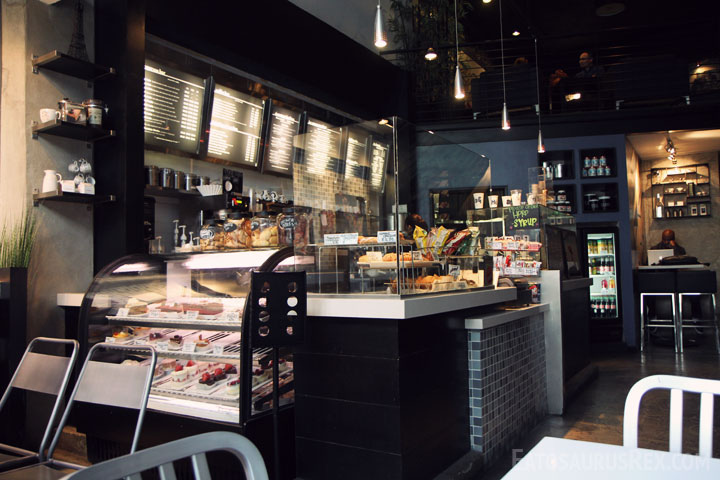 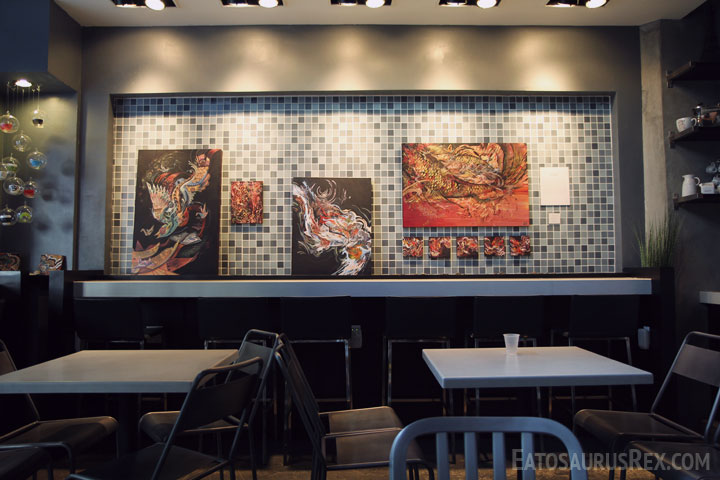 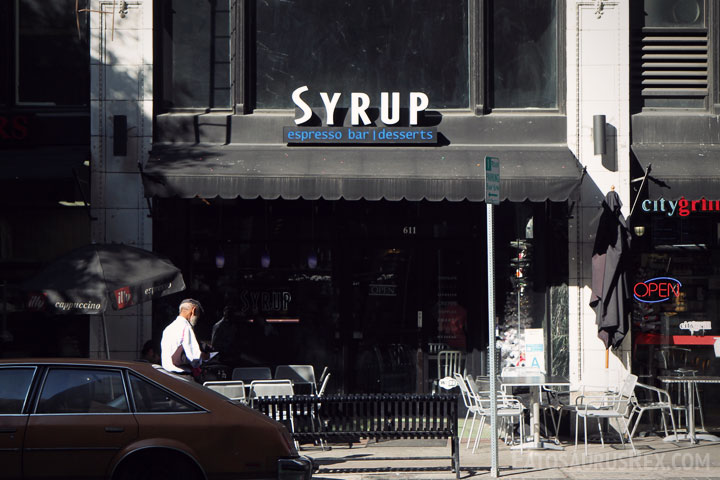