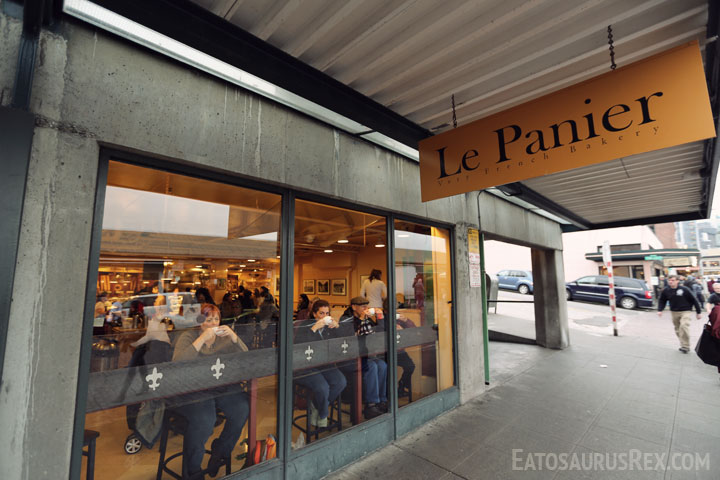 People love French bakeries. No matter where you go, there’s probably a super popular French bakery nearby that specializes in croissants or macarons and has a line out the door. Le Panier is that place in Seattle. And while I don’t consider myself an expert when it comes to French pastries, I left Le Panier completely unimpressed. When I asked the worker for a recommendation, she said their chocolate croissants were probably the best thing they had, followed by their macarons. One guess as to what two things I ordered. That’s right, a baguette and a muffin. 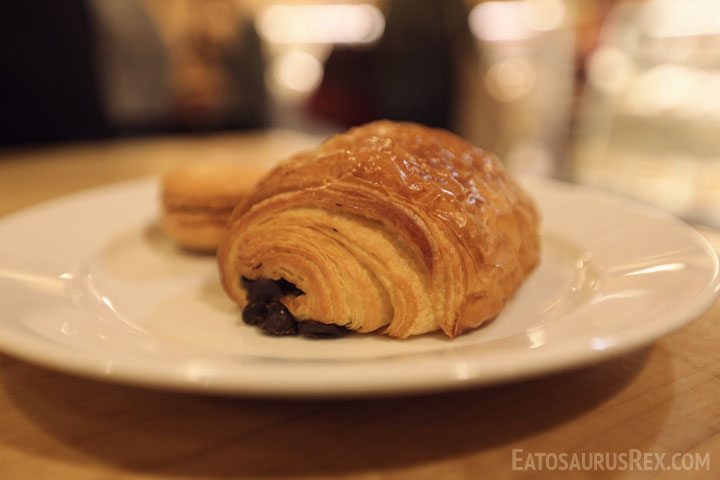 Chocolate Croissant
I don’t consider myself a croissant snob or anything, but what the hell? This was the most average chocolate croissant I’ve ever had in my life. The crust wasn’t flaky, the chocolate wasn’t gooey, and overall it tasted like something you’d pick up at 7-Eleven. Mind you a 7-Eleven very on top of their game, but you get my point. 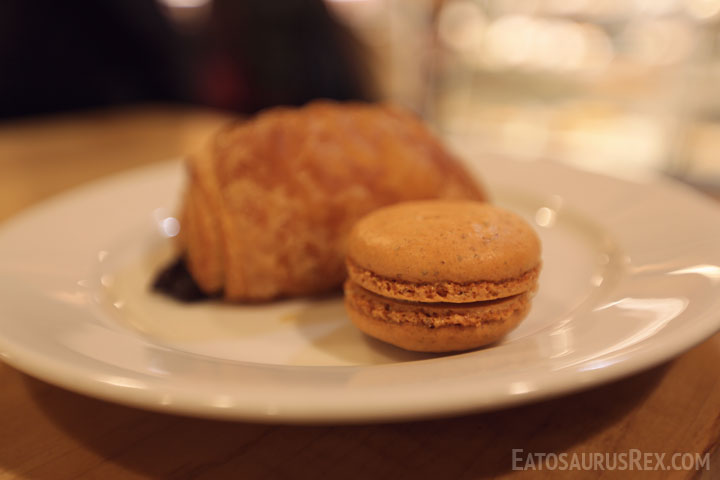 Macaron (pumpkin)
There are basically two types of macarons out there. Good ones and bad ones. There’s not much variation in between though, so once you’ve had a good macaron you’ve basically had them all. That said, this is one of the good ones. The texture was right, it wasn’t too sweet or rich, and overall it had just the right amount of pumpkin flavor to make it interesting. And while good, they’re not amazing enough to really justify the popularity of this place. Maybe this is the only place in Seattle you can get chocolate croissants and macarons. If that’s the case then, yeah, okay, I get it. Otherwise I’m seriously starting to question Seattle’s taste in pastries. 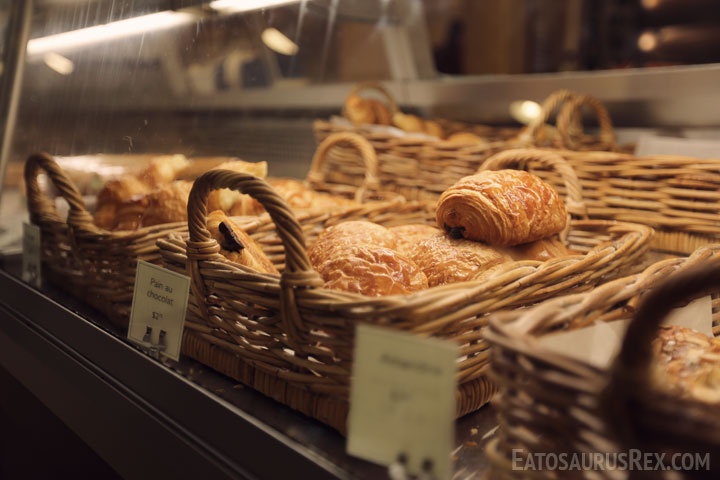 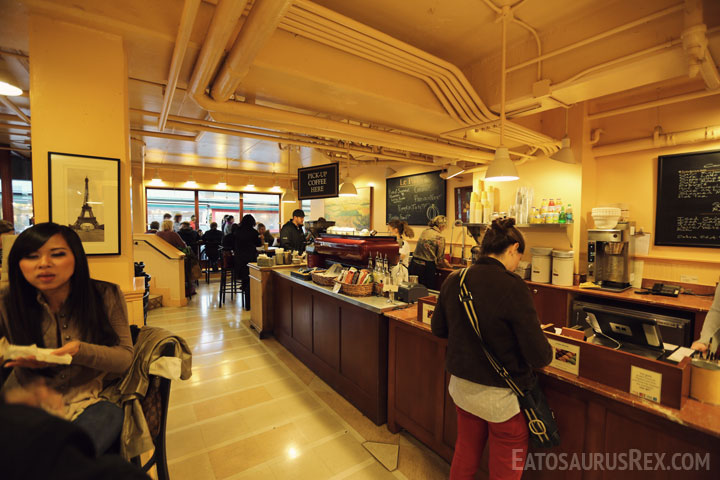