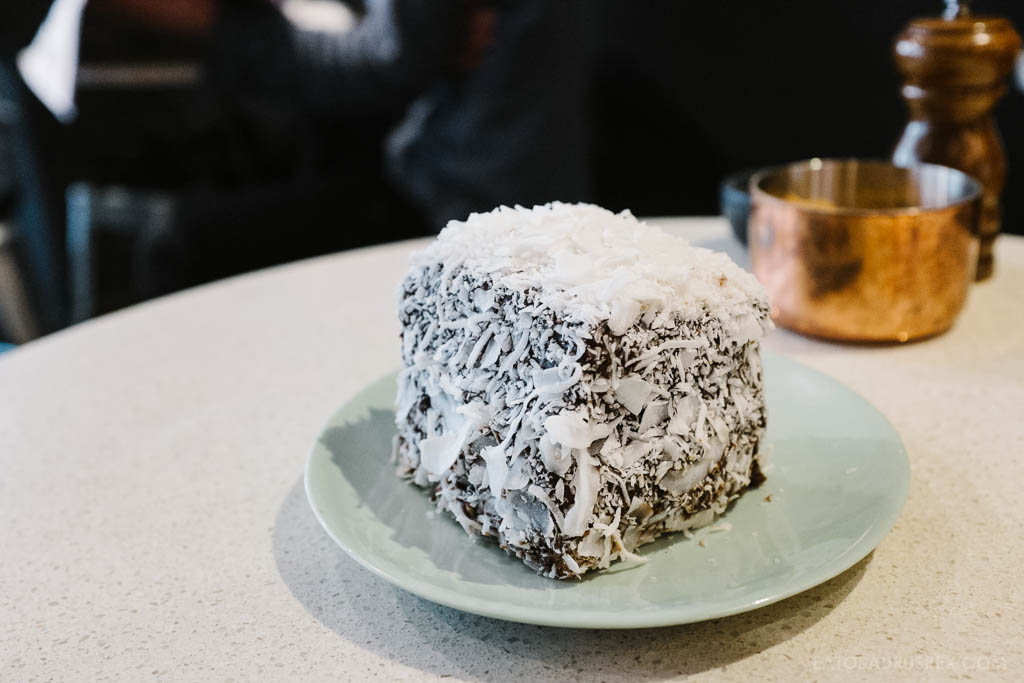 I hit up Flour and Stone based on a Travel + Leisure recommendation which also recommended ordering the lamington. Actually, every review I came across agreed they probably had the best lamingtons in Sydney and possibly Australia. Here’s the thing though: I don’t know what a lamington is. I had never even heard of a lamington before, let alone eaten one, but I was determined to get one from Flour and Stone. 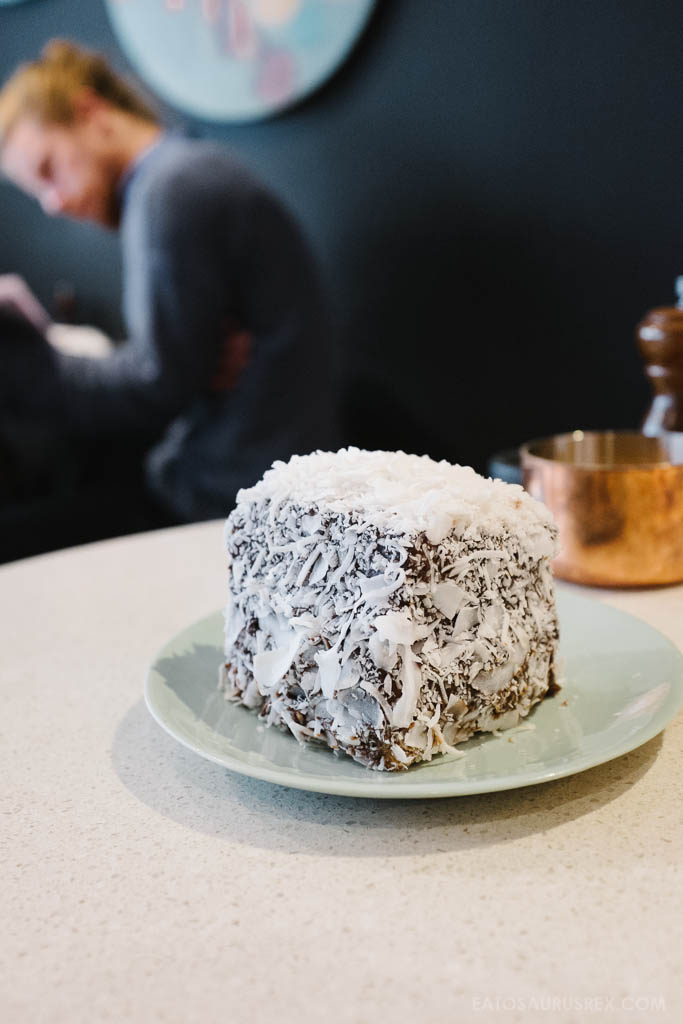 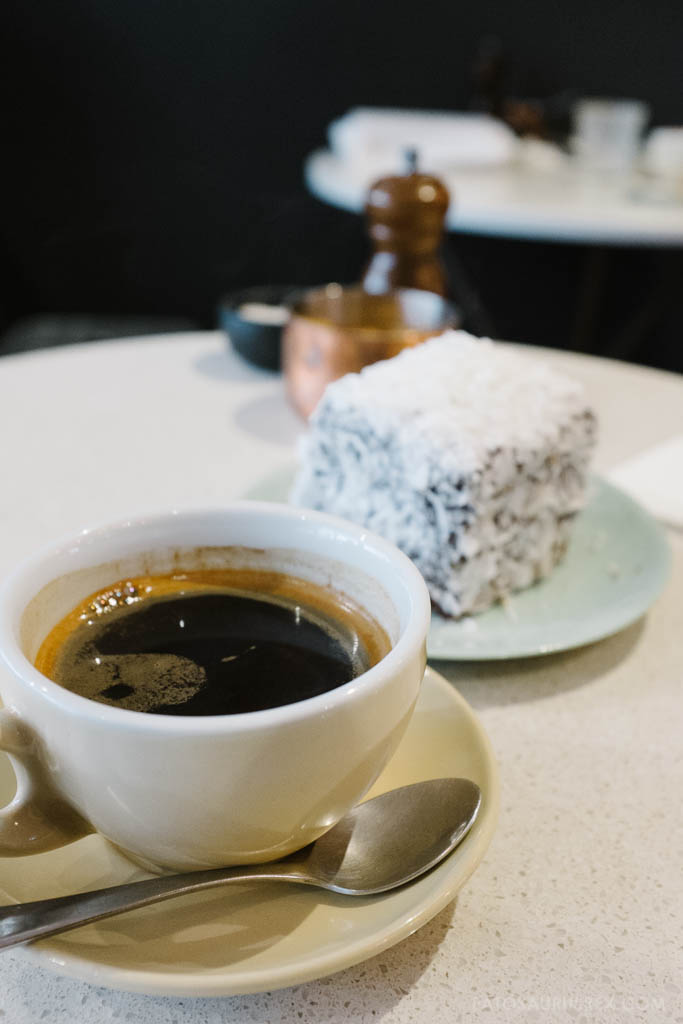 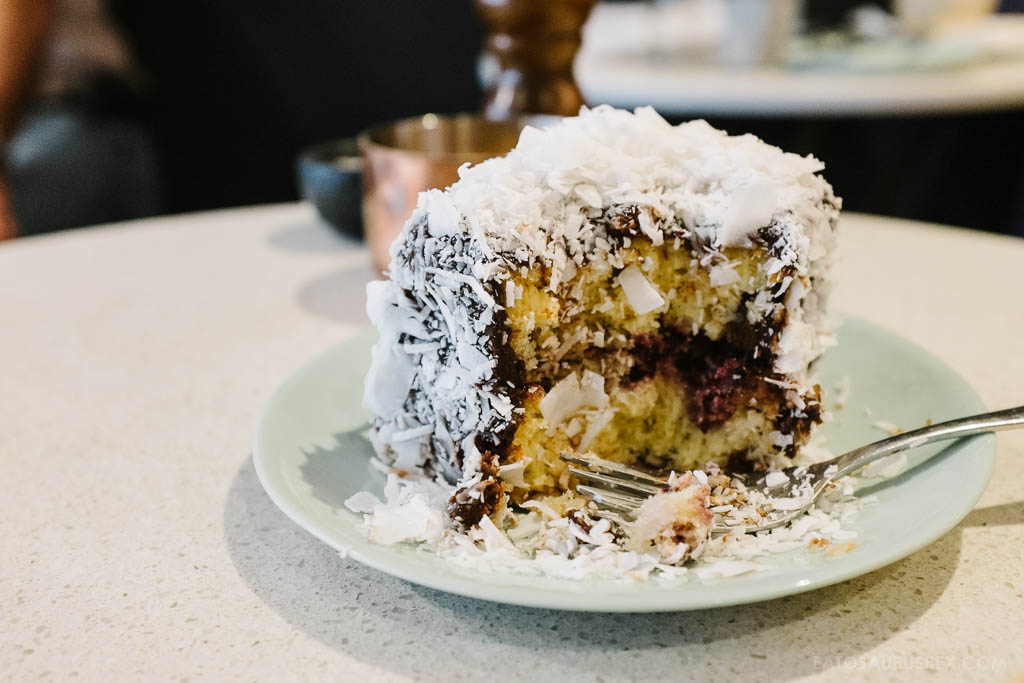 If you’re from the States you’ve probably never heard of a lamington either. Turns out it’s an Australian cake made from sponge cake and coated with chocolate sauce and rolled in desiccated coconut. This one happened to be filled with panna cotta and berry compote, which is apparently a common variation.

If I’m being honest, I wasn’t a big fan of the thing. It was too rich and too sweet, and if it weren’t for my cup of coffee, I probably wouldn’t have been able to eat it. That doesn’t mean it’s not the best lamington in Sydney though. I have no frame of reference since to this day it’s still the only lamington I’ve ever had, so it very well could be.

If you’re into eating wedding cake covered in coconut shavings you’ll probably like this thing. If you’re like me though, take a bite to say you’ve tasted the best lamington in Sydney and then spit it out and move on to get some more meat pies. 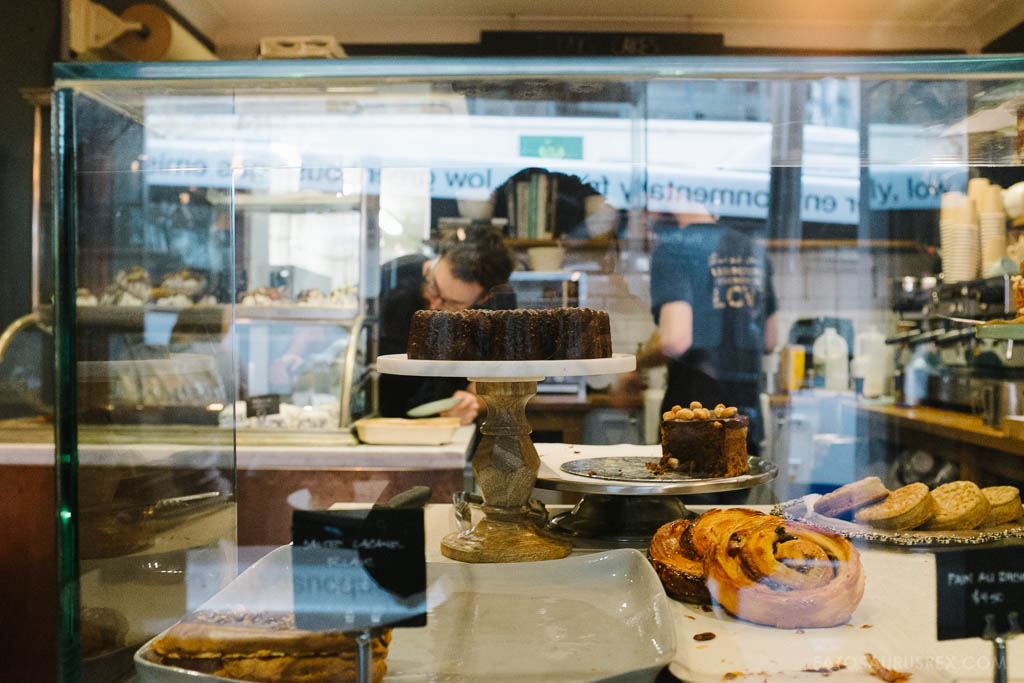 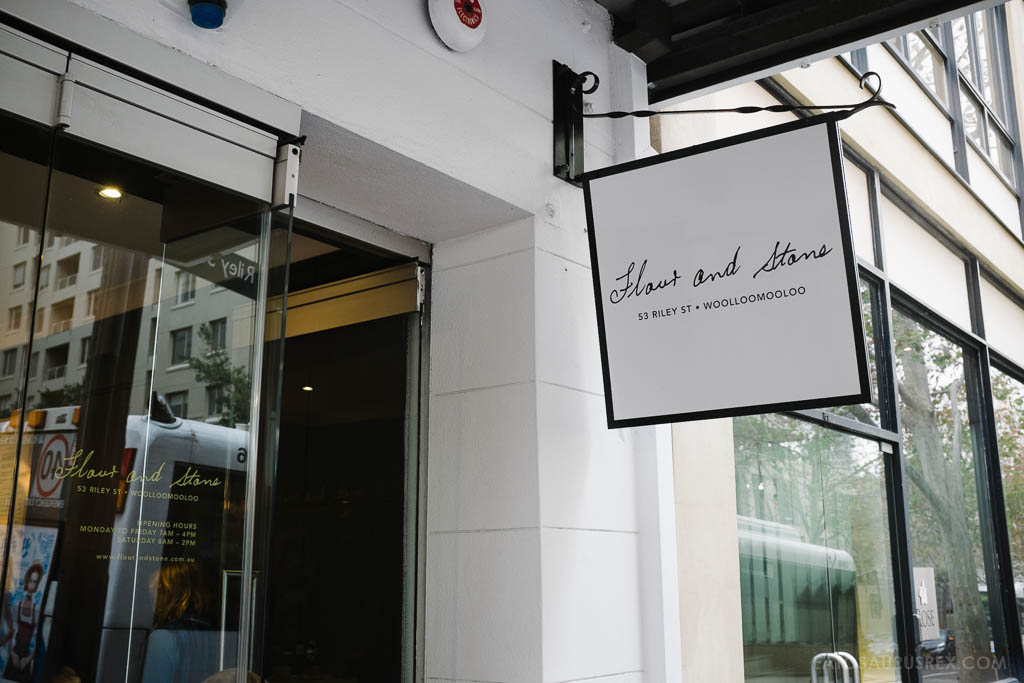 Recommended Dishes: They’re known for their lamingtons, but only get it if you’re into rich, sweet cakes.