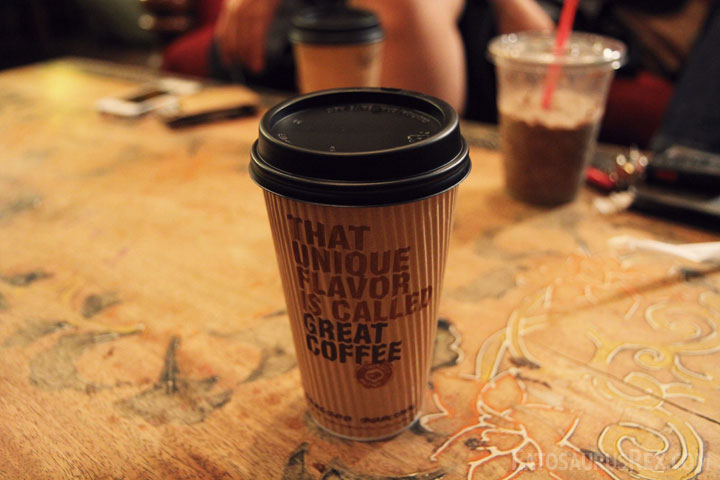 We showed up to Viento y Agua (Spanish for “wind and water”) on what appeared to be open mic night, so there were people playing guitar and singing the whole time we were there. I was hoping to get a Mexican Moka (their spelling, not mine) but their espresso machine was broken. Which is sort of like operating a steakhouse and not having any meat. At the recommendation of the barista I got a Mexican hot chocolate, which tasted like if you took a regular hot chocolate and then added lukewarm water to it. And, yes, it was every bit as unpleasant as that sounds.

This place gets fairly high reviews on Yelp, so I’ll just assume their Mexican Moka is way better than whatever it is I drank. Water milk with chocolate? Used dish water? Who knows.

On an unrelated note, when I paid the barista she gave me back change for $5. I asked her what bill I handed her (believing I had given her a twenty), and she replied a five. I accepted that, took my change, and went to go sit. Unsure of myself, I asked my friend what I paid with and they said they saw me pay with a twenty as well. I went back to the barista, explained that my friend and I were pretty sure I paid with a twenty, and she hesitantly gave me back the missing $15, the whole time with me reassuring her I wasn’t trying to pull a fast one on them. Long story short: I’m not 100% sure I paid with a twenty so there’s a very real possibility I stole fifteen bucks from this place. 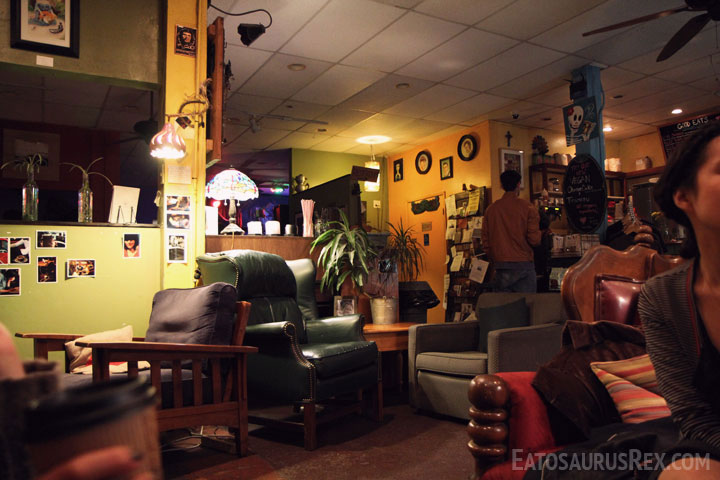