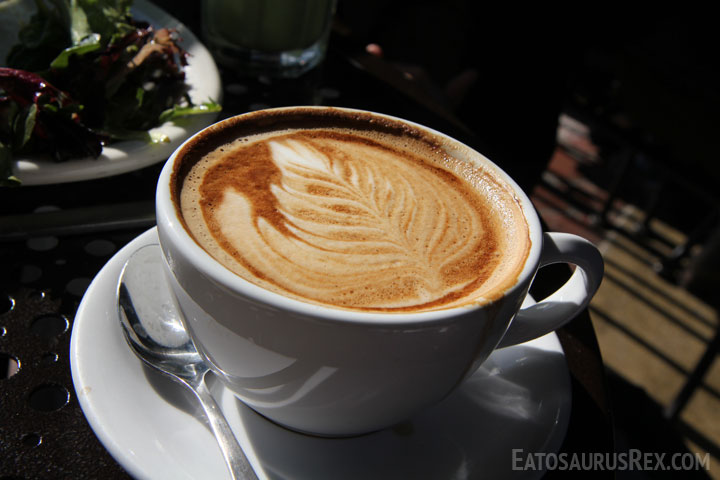 There are a few Urth Caffe locations around Los Angeles, and while the West Hollywood one is probably their most popular (it even made an appearance on Entourage), every single location is almost always packed with people. The one I went to was located in downtown Los Angeles near the toy district. They’ve got $3 valet parking, which I highly recommend because trying to find a parking spot here during peak hours borders on lunacy. They’ve got a good selection of imported organic coffees and teas, and the relatively healthy food is pretty damn good as well. Even if you’re not a huge fan of coffee, you should stop by anyways just to people watch. Preferably wearing a trench coat. And with a camera. And if you’ve got a creepy little mustache even better. 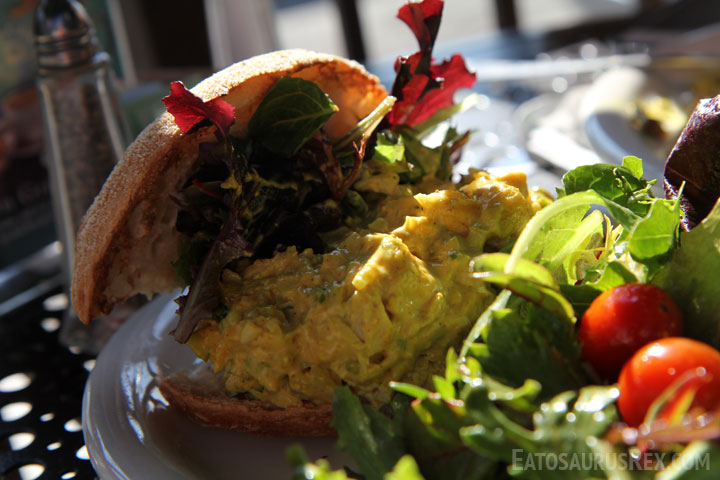 Curry Chicken Sandwich – If you’re a fan of curry chicken sandwiches, odds are you’ll enjoy this thing. It’s not the best sandwich ever, but as far as curry chicken sandwiches go it’s right up there. Although honestly the bread’s a bit too crispy for my tastes. It’s just I prefer when I finish eating a sandwich that the roof of my mouth isn’t bleeding. 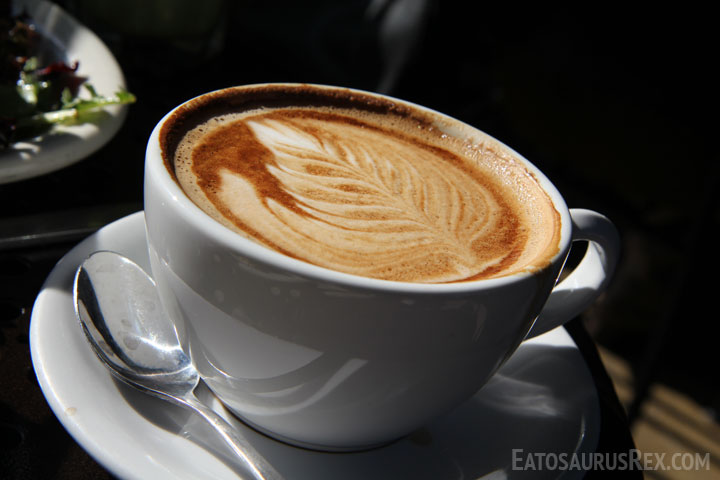 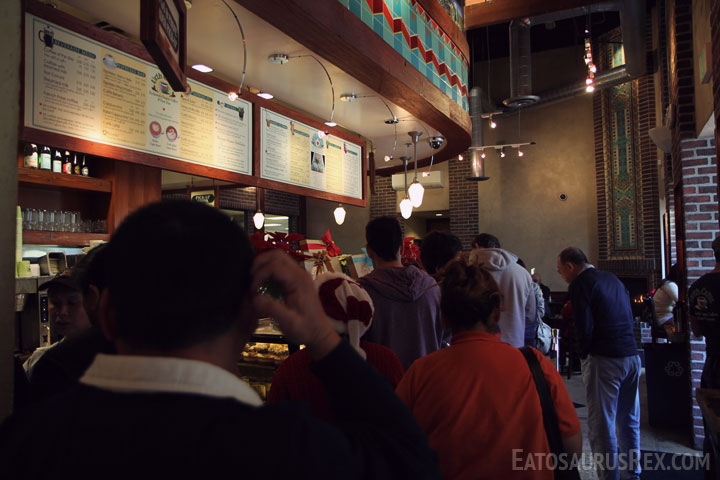 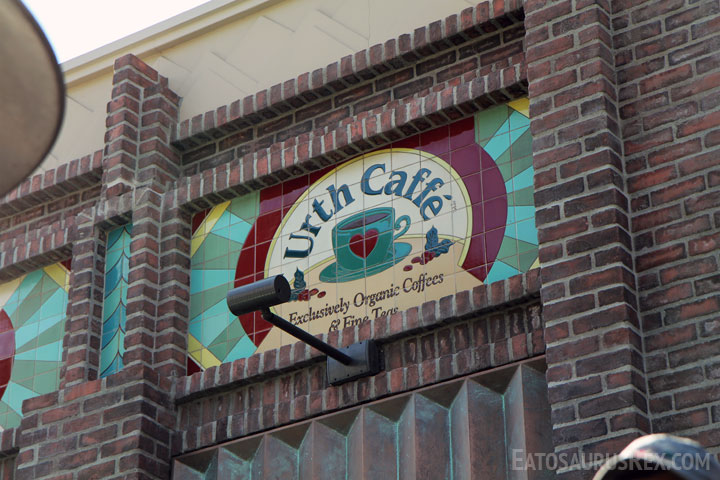