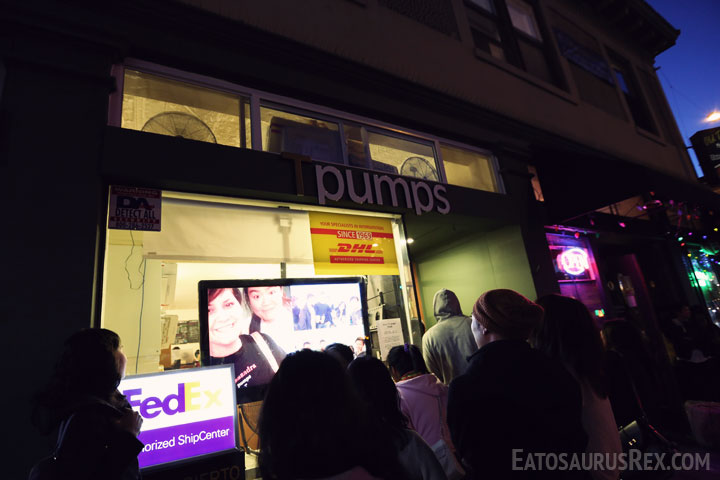 I enjoy milk tea as much as the next person, but I really don’t know what to make of this place. Tpumps is located in San Mateo and judging from the line out the door you’d think this was the greatest little drink shop in all the land. But it’s not. There’s actually not a single remarkable thing about this place. Maybe I’m just showing my age or maybe I’ve been spoiled by all the milk tea in Southern California, but I just can’t seem to wrap my head around why Tpumps is so popular. The drinks are average, the decor is amateur (signs and menus are hand-written on poster board), and even the name of the place is…confusing. Tpumps? What? What the heck is a Tpumps? Tapioca Pumps? That doesn’t make any sense either. I could go outside right now, close my eyes, spin in a circle, walk until I hit a boba shop, and I can almost guarantee that place would be better than Tpumps. I’ll admit it is kind of cool that they’re located in what appears to be a still functional mailbox/shipping store. Although it’d probably be pretty annoying if you came to pick up some mail and had to fight your way through hordes of teenage hipsters who kept making fun of you because your jeans weren’t tight enough. 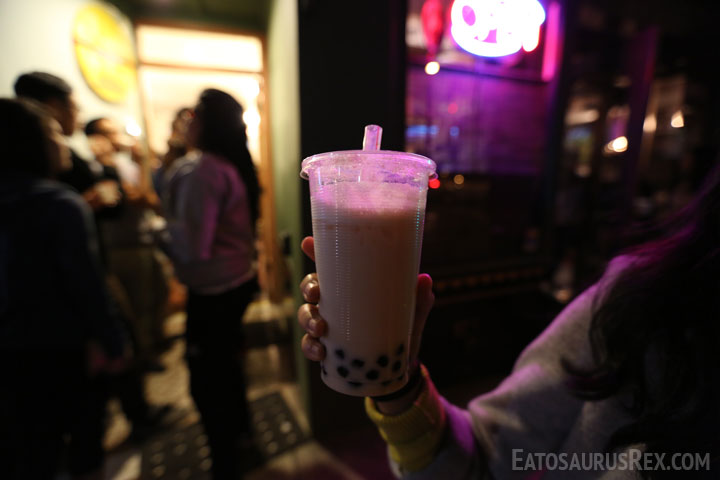 Peach Green Milk Tea with Boba – Despite all my complaints, the drinks here are actually quite competent. The flavors are good, the boba balls have the right texture, and overall they actually make a solid milk tea. My only problem with this place is that it’s so damn popular and I don’t understand why. It’s like the youths have arbitrarily lifted this place on their shoulders, and the seeming randomness of it’s success has me confused and angry. It’s so average! Why is it successful? How is it successful? Maybe if the workers were all super cute I could understand it, but even that’s not that case. The only explanation I can come up with is that San Mateo is so lacking in milk tea that residents will flock to pretty much any place that has anything even resembling boba. If only they could taste what Southern California has to offer. I would bring them to Half & Half, they would drop to their knees, and then weep. 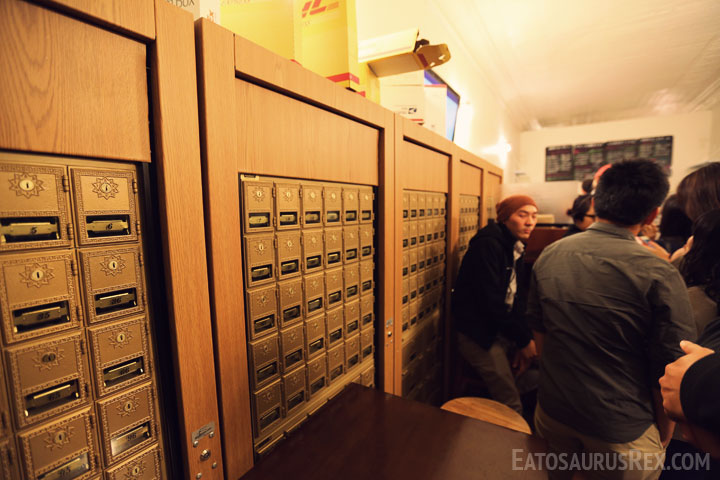