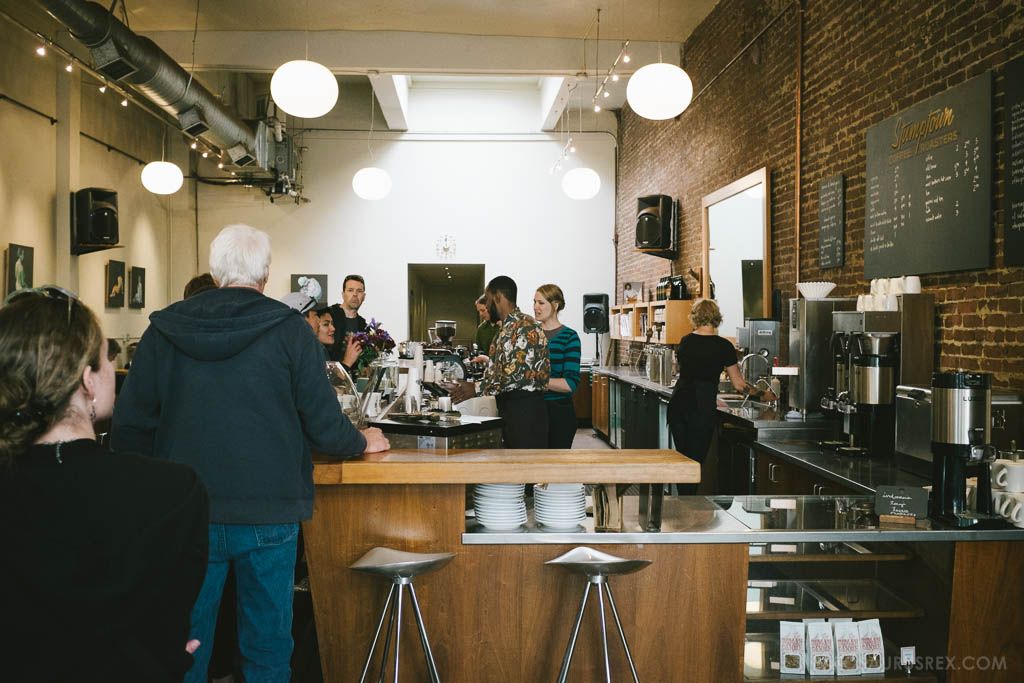 Stumptown Coffee Roasters in Portland is arguably the most popular independent coffee roaster in the nation. And it’s one of those rare places that manages to be incredibly huge and successful, yet still command the respect and cult following that tiny local shops do. Though that’ll probably all change with the recent announcement that they’re being purchased by Peet’s Coffee & Tea. If there’s one thing hipsters take seriously it’s their coffee. And their mustaches. And their pretending they’re into that thing you’re not into even though they’re not really into it either. And if I understand hipsters as well as I think I do, they’ll turn their backs on Stumptown as quickly as I turned my back on my friend that one time we got attacked by a bear. It was either me or him, and I’m not the one in the hospital so I think I made the right decision. 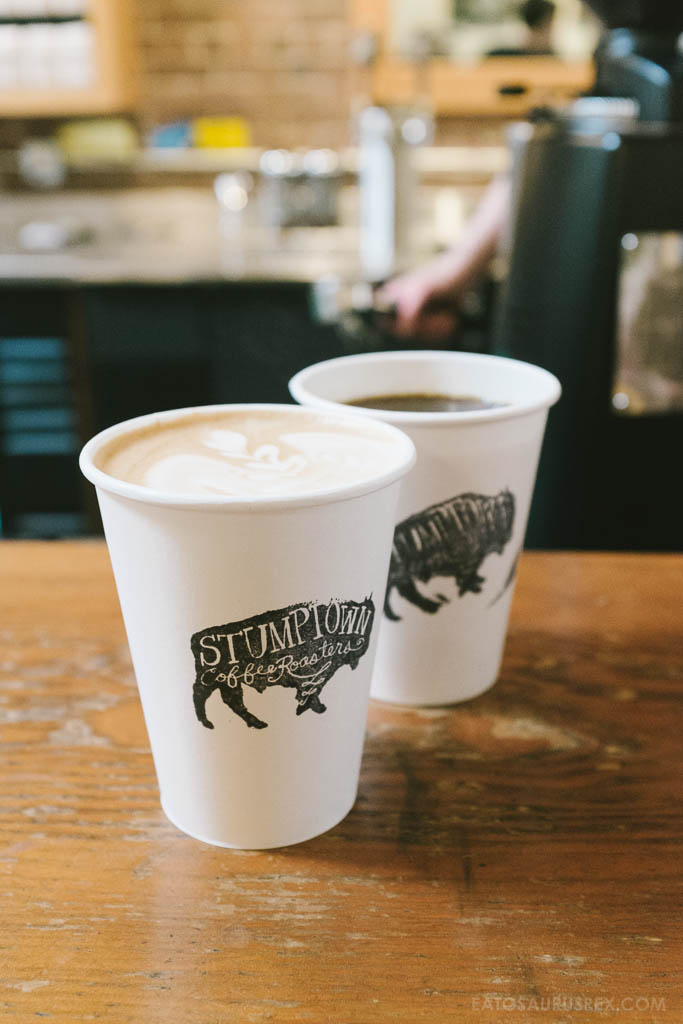 I came here because of their reputation, but also because the line for Voodoo Donuts was wrapped so far around the city it pretty much just went through Stumptown. Almost everybody in the Voodoo Donuts line was holding a cup from Stumptown, so if you’re visiting Portland you’ll probably do the same. And honestly, Stumptown is way better for coffee than Voodoo Donuts is for donuts. Unless you like your donuts stale and disgusting, then maybe you’ll like Voodoo Donuts a little more than I did. 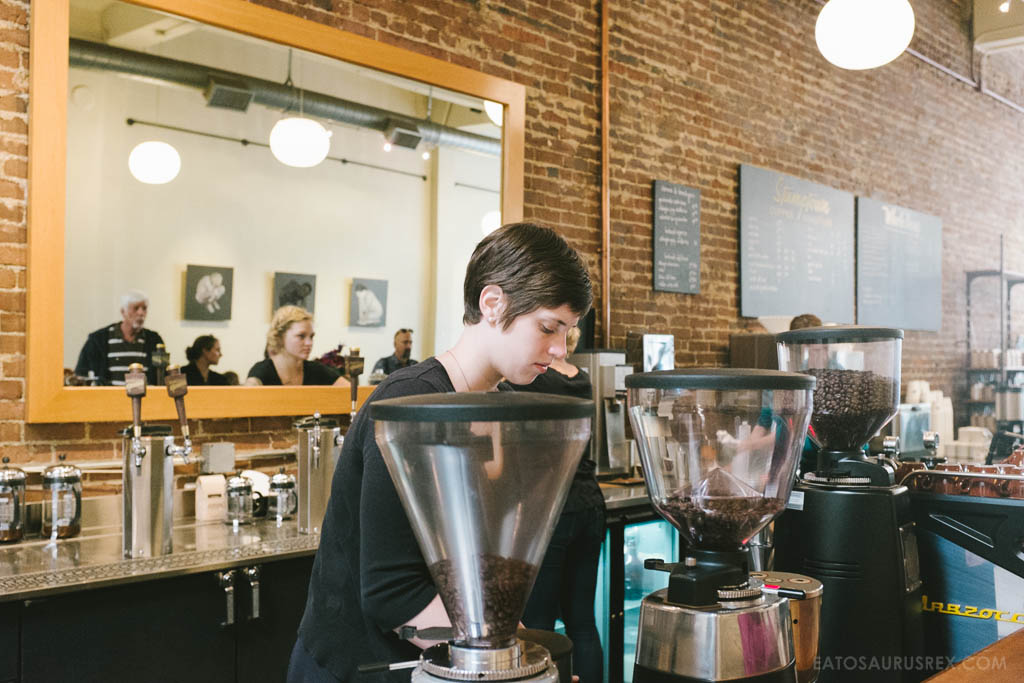 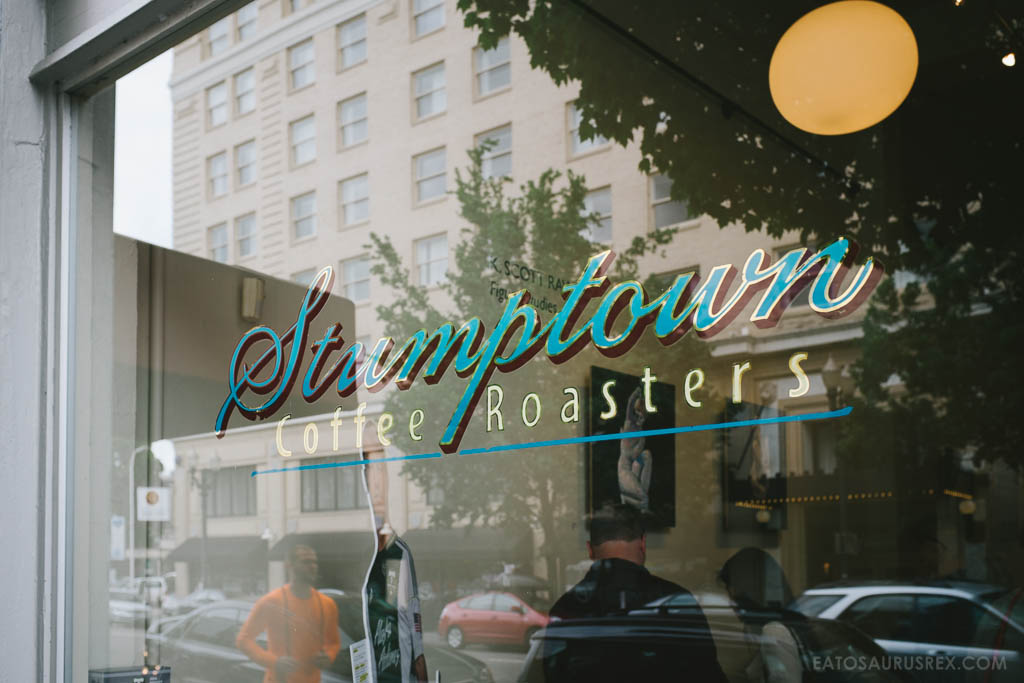