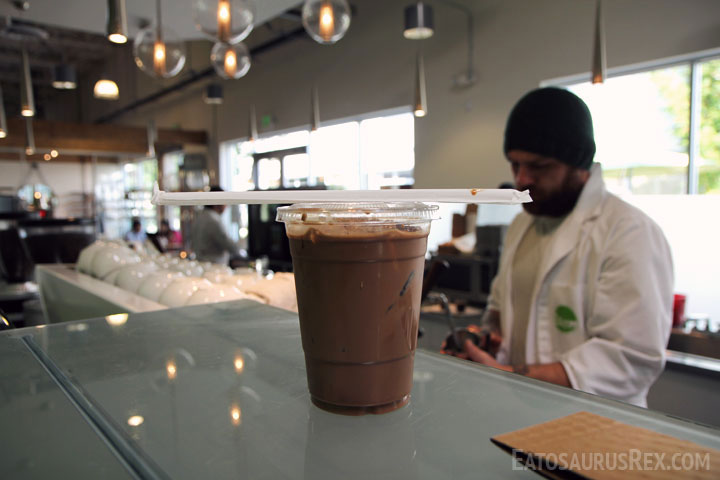 So what sets Portola Coffee Lab apart from other coffee joints? Well here’s how they describe themselves:

The future of coffee has arrived to Orange County. Amazing fresh-roasted coffee made with the most advanced brewing processes known to man.

They’ve got an espresso machine called the Slayer, which they claim is only 1 of 10 in America. They’re also known for their Kyoto iced coffee, which they ice-brew through a 10-hour slow drip process using a Japanese-style iced coffee dripper. This allegedly produces a low-acid non-bitter iced coffee which sells out daily. I’ll admit, it’s pretty good and I’ve had it more than once, but today I tried their Mocha, which they make using house-made ganache. Not too sweet, a little ganache-y, and super good. And I mean SUPER good. I’m gonna go ahead and say this is the second best iced mocha I’ve ever had, coming in right behind Broome Street General Store. If there was a contraption I could hook up that could shoot this stuff directly into my mouth, I wouldn’t wear it because that’s super ridiculous, but I’d probably give it some serious consideration. 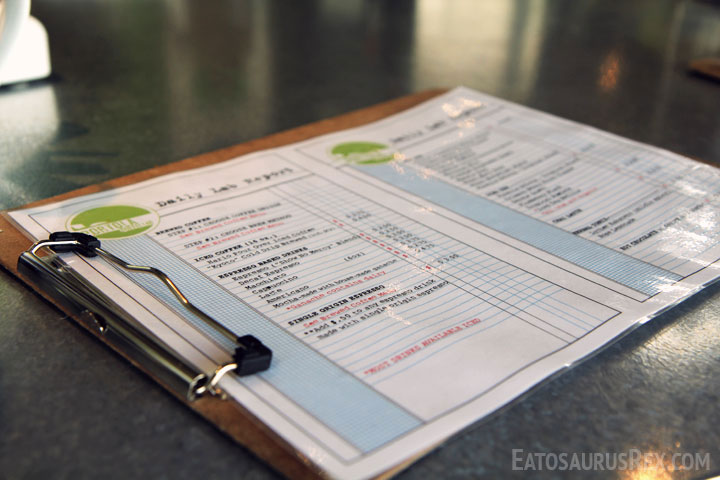 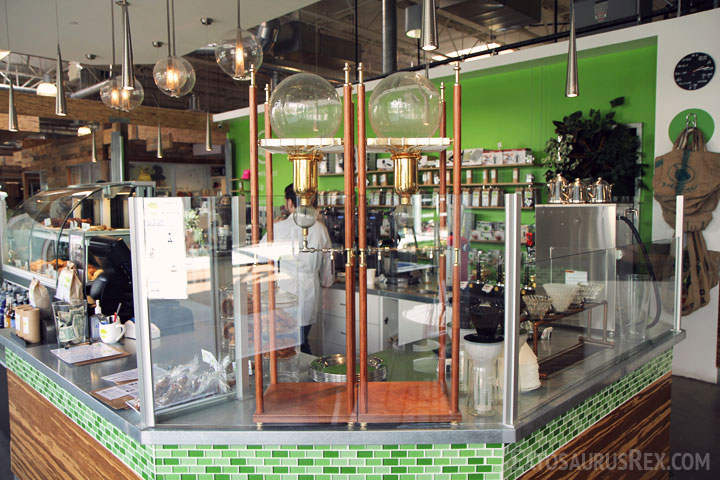 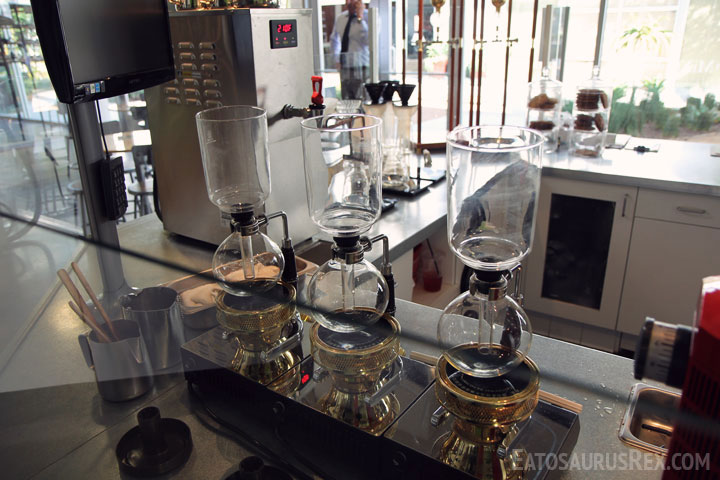 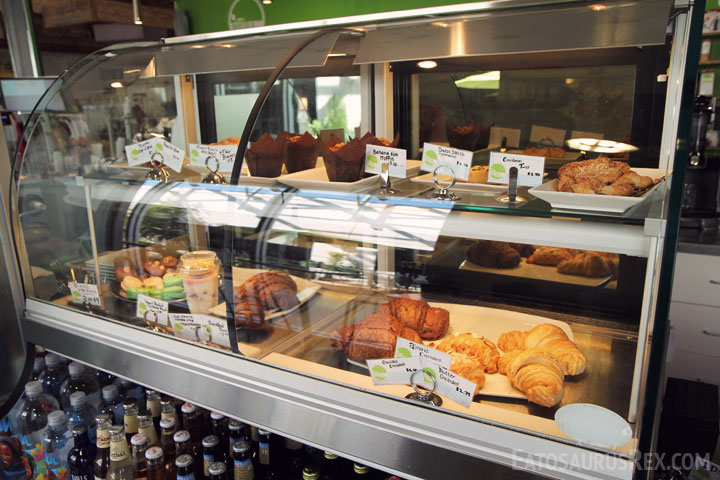 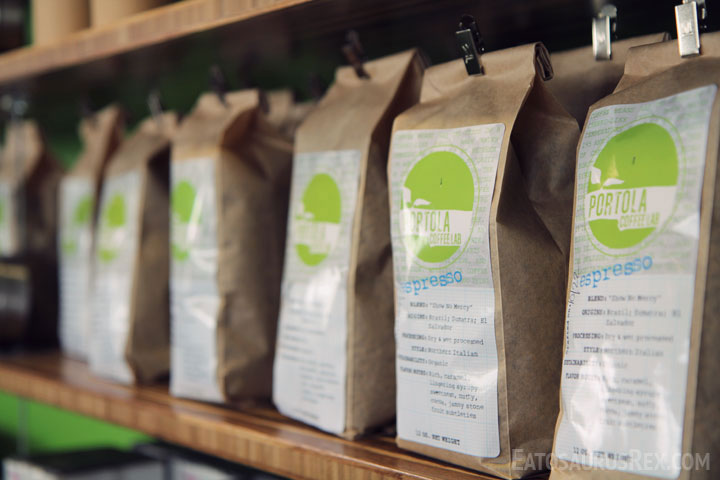