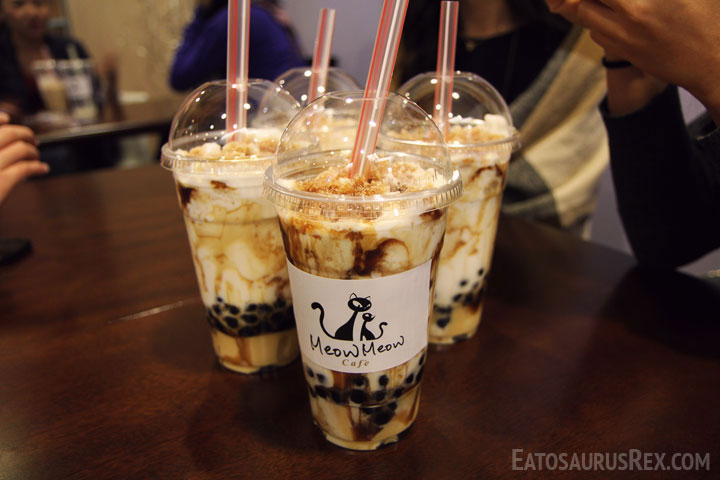 Meow Meow Cafe is an Asian specialty cafe in West Covina. You’d expect to find it in one of the Asian plazas in Rowland Heights, but it’s actually quite a ways down the street and tucked in a shopping plaza that’s not really fitting for the type of place that it is. The first thing you notice when you walk in is how ridiculously it’s decorated. It’s like they hired a six-year old girl who’s obsessed with cats and stickers and just set her loose to do whatever she wanted. The walls are covered with stickers of cats and spiders (because spiders go so well with cats?), as well as stickers of signs that point to major cities like Tokyo, New York, and London, but also one that says “My Room” and points to, well, a wall. I’m pretty sure the decorations were acquired from the children’s department of a furniture store.

Decor aside, Meow Meow Cafe is known for their boba and pudding iced milk, which is pretty much what it sounds like: a milk slushy filled with boba and pudding. They top it off with brown sugar and they suggest mixing the whole thing up before drinking. What you end up with is a slightly-too-sweet milk slushy filled with all sorts of delicious things to suck up and chew on. It’s very similar to Half and Half Tea House’s honey boba iced milk, with the only real difference being that Meow Meow Cafe’s pudding is a bit more authentic and delicious (not sure if it’s the firmness or what, but it’s better), and the overall drink is a tad sweeter because it’s sweetened with brown sugar as opposed to Half and Half’s honey boba. Honestly, I like the pudding here better, but overall I think I still prefer Half and Half. And if you’re not familiar with boba or Taiwanese drinks, then probably very little of this makes any sense to you. 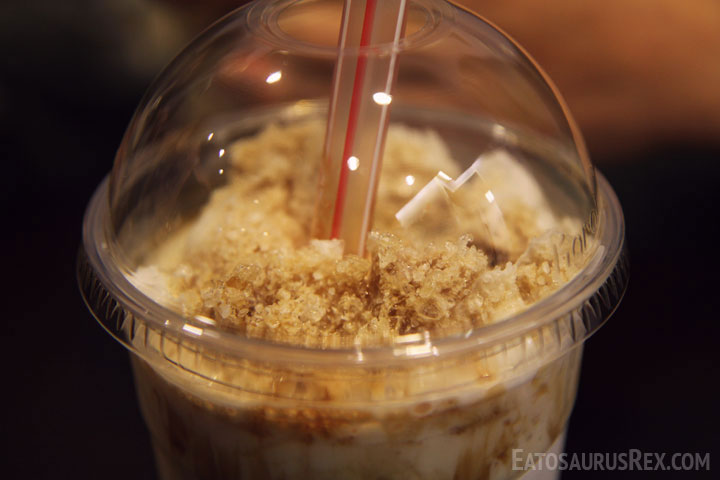 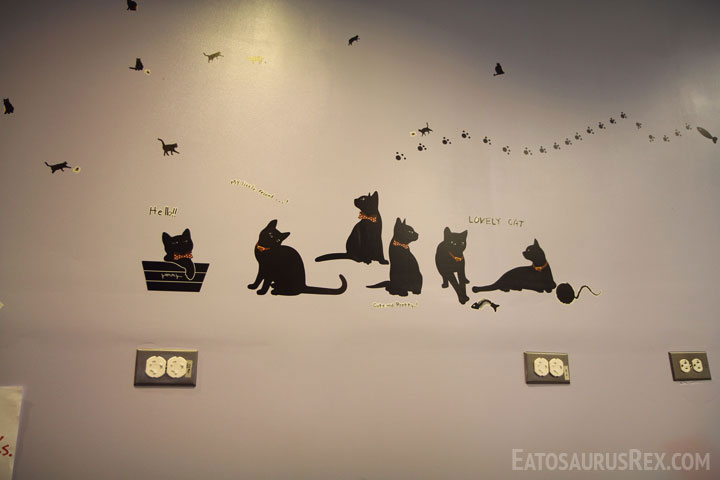 I don’t think I accurately captured the strangeness of the decor here, but these stickers are everywhere. Oh, and what’s that? A row of like six outlets turned sideways, but only on one wall, and all covered up? Sure, why not. And it’s hard to tell, but the sticker of the cat in the bucket says “yammy” on it. Yammy. What? 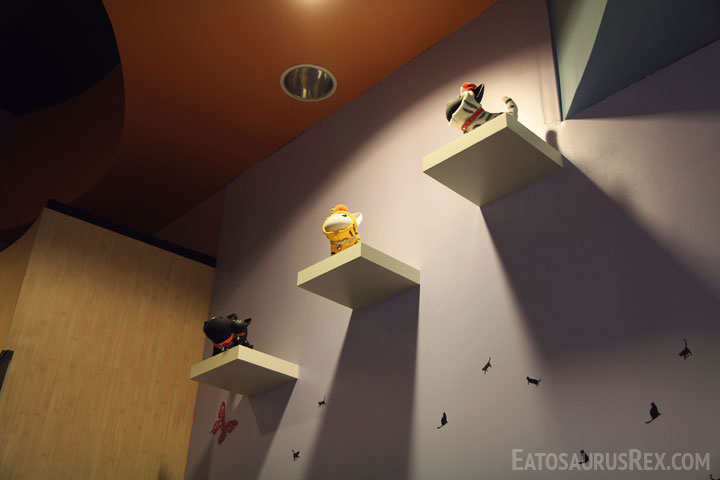 Cat figurines. And a butterfly. And more cat stickers. 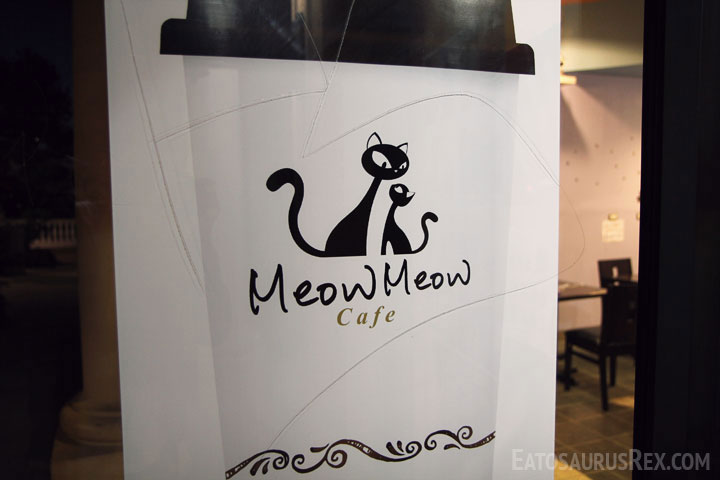