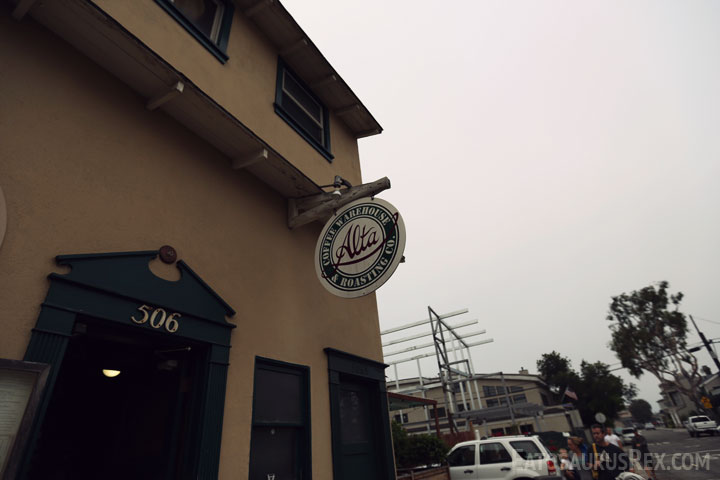 We had some time to kill before setting off for Catalina, so my friends and I decided to stop by Alta in Newport Beach. It’s rare enough for me to be awake this early, let alone out and about getting breakfast. So thankfully we ended up at a charming place like Alta and not some decrepit hole that would remind me why I never wake up before noon. There’s nothing particularly special about this place, but they’ve got a nice laid back local coffee joint vibe. There’s a ‘No Cell Phones’ sign when you walk in, and while I don’t know how well they enforce it, I appreciate the sentiment they’re going for. Namely a war on technology, because fuck Arnold Schwarzenegger and the robot apocalypse he represents. 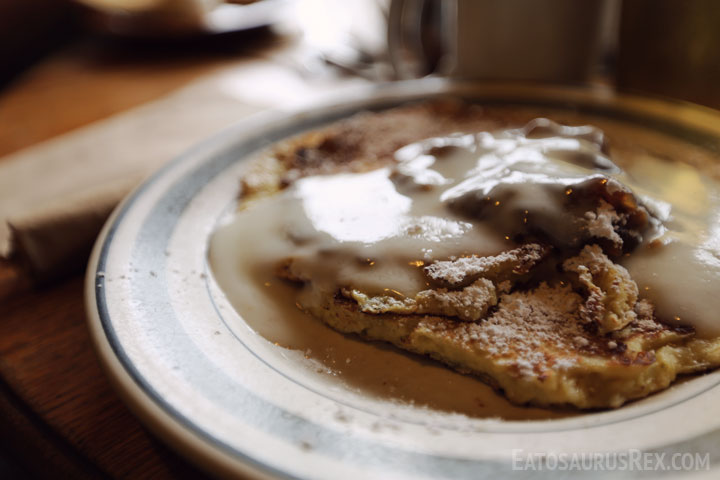 Alta’s Crepe Cakes (four crepe cakes topped with chunky apple pear sauce, vanilla yogurt and sprinkled with powered sugar) – At first I wasn’t sure what the stuff on top of my pancakes were. It looked like glaze or frosting, but when I tasted it it was thin and sour and I was immediately afraid I had put something into my mouth I wasn’t suppose to put into my mouth. Turns out it was just yogurt. Hopefully. Anyways, the crepe pancakes are a bit lighter and healthier tasting than traditional pancakes, probably because they’re not served with gallons of maple syrup. So that also means they’re not quite as tasty. But if you’re a normal person and not a syrup-drinking glutton like me, you might get a kick out of them. 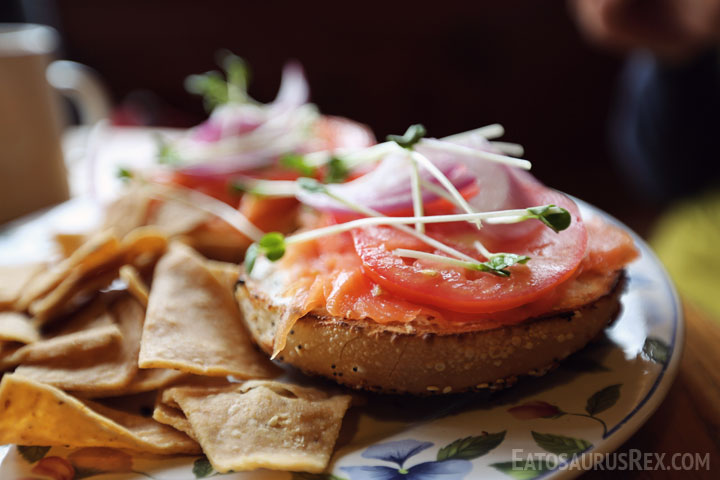 Bagel Salmon Sandwich (toasted bagel, cream cheese & caper spread, sliced smoked salmon, red onion, tomato & daikon sprouts) – Oh man, this was a really good smoked salmon bagel. The spread, the toppings, and pretty much everything else was just good. If I had a butler I’d have him make me one of these every morning. I’d probably get sick of them after awhile and start throwing them in his face, but that’s the price you pay for being my butler. That, and having to see me walk around naked while yelling obscenities at the air. 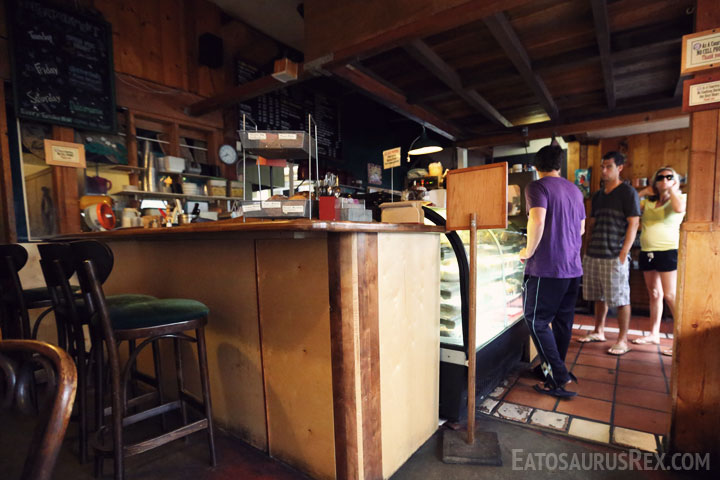