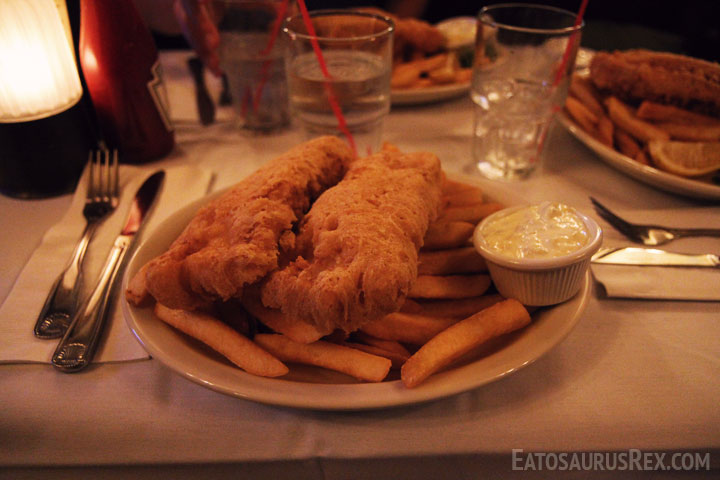 British food gets a bad rep, but that’s usually because people are referring to everything else they make that isn’t fish and chips. Well Ye Olde Kings Head is an authentic English pub in Santa Monica that specializes in fish and chips, and I imagine I would visit this place every single day if I was an English person living in America. The place is covered in British paraphernalia, all the employees have accents (as well as half the patrons), and they’ve even got a little connected gift shop specializing in British exports. It’s about as close to being in Britain as is possible in Santa Monica. And while I can’t vouch for 95% of their menu, their fish and chips will rock your world. Actually, just the fish part, since the chips are basically average tasting fries. Below average tasting fries? Look, the fries aren’t important. What is important is that I’m a super handsome fellow with huge muscles. And don’t you forget it. 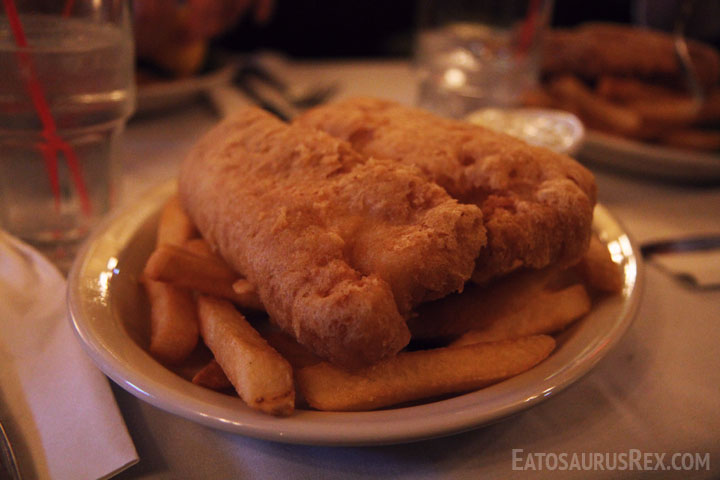 Fish & Chips (cod, served with chips and tartar sauce) – This is definitely one of the better fish and chips that I’ve had, though the fries are mediocre at best. They shave the extra batter off so you’re left with a strangely smooth filet of fried cod. The batter itself is also strangely light and fluffy. It doesn’t taste healthy by any means, but I appreciate the effort. I don’t fully understand why the fries are so boring though. I’m assuming they put so much thought and effort into the “fish” part that when they got to “chips” they just shrugged their shoulders and threw some frozen potatoes in a deep fryer. 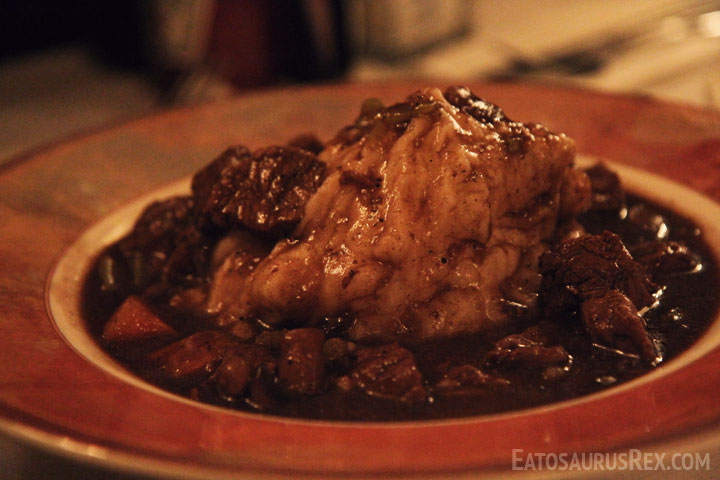 Irish Beef Stew (beef and vegetables cooked and served with mashed potatoes and gravy) – This actually could’ve used a tad more salt, but if you’re looking for a hearty meat and potato dish, this probably fits the bill. Honestly though, just get the fish and chips. The Irish Beef Stew wasn’t bad, but it wasn’t amazing, and you can get meat and potatoes anywhere. Super delicious fried fish, however, is harder to come by. You’re options are basically Long John Silver’s and this place. 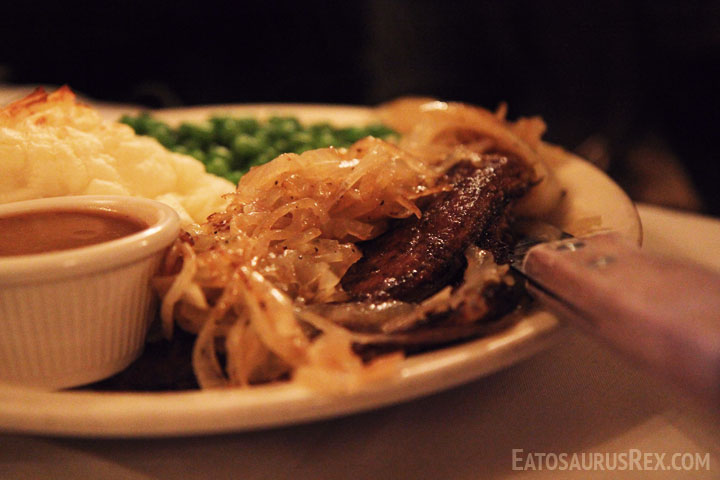 Liver & Onions (calf’s liver sautéed with onions and served with mashed potatoes and vegetables) – The liver was a tad dry and tasted maybe a little too strongly of liver. They had some gravy on the side for the mashed potatoes, but I think the overall dish would’ve been better if they had poured a little of that stuff on the liver itself. And by ‘a little’ I mean just drenched the place in gravy . Maybe it’s just my personal preference, but I like a little sauce and seasoning on my liver and onions. Also, just order the fish and chips. 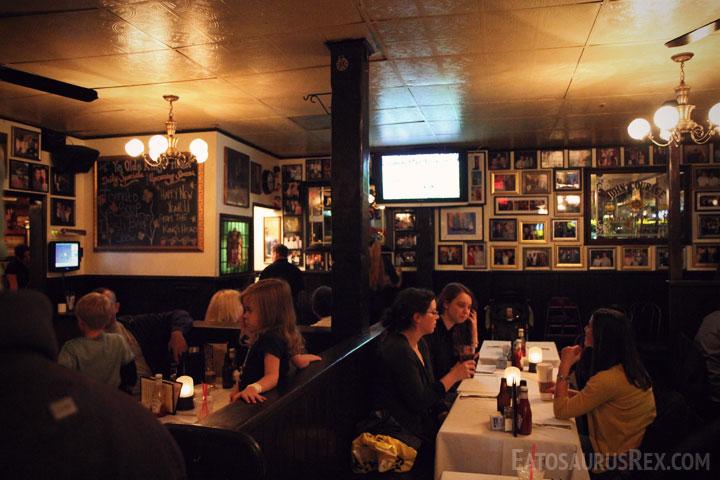 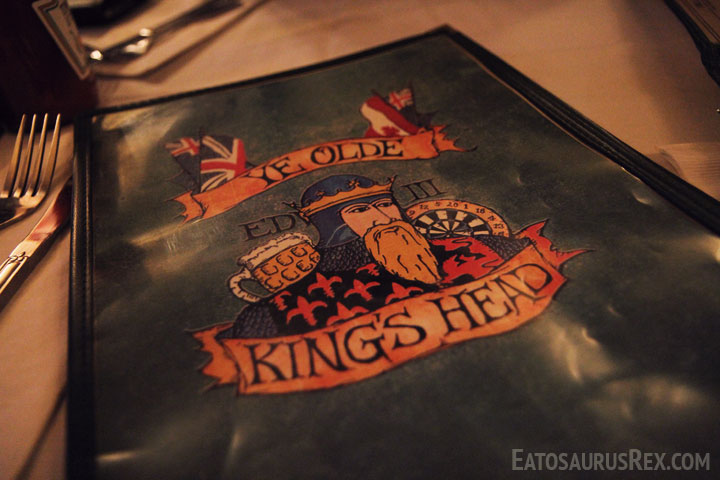 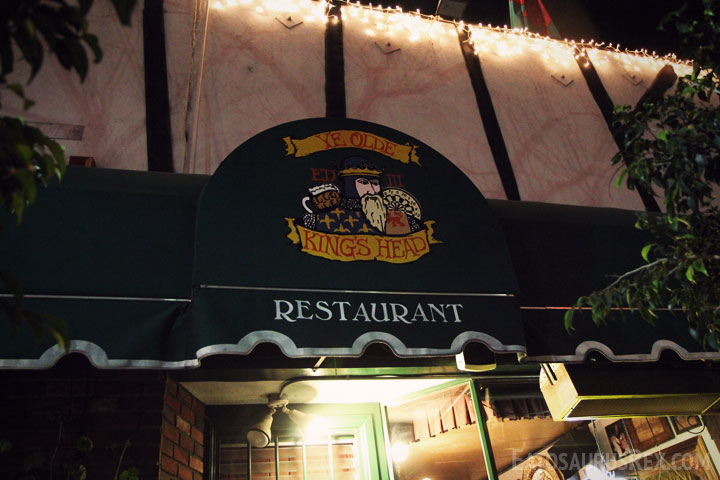